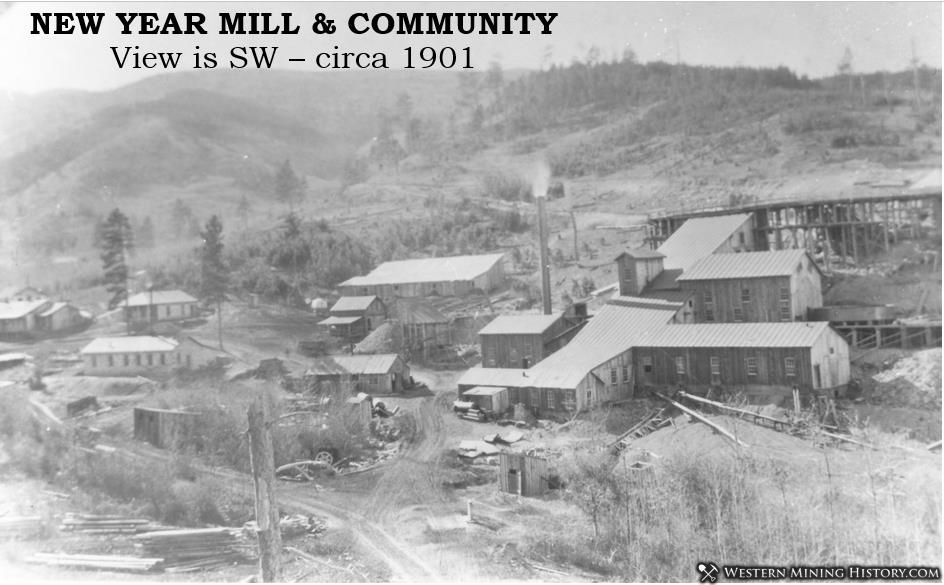 The New Year mine, located about 4 miles WSW of Maiden, was discovered in the early 1880s but little done with it until the late 1890s. A modern cyanide plant was built and later upgraded. (It operated very little and was dismantled by the 1920s.) The mine was about a mile up the mountain from the mill and the community of New Year.

Ore was first hauled down in wagons and later an aerial tram was built. A significant amount of development work was done and a little ore mined. Production amounted to only a few hundred ounces of gold.

The community of New Year didn't amount to much - no merchants or saloons that I am aware of - however, it had a small school and post office.

Interestingly, a coal seam was developed right behind the mill and used to fuel the boilers. 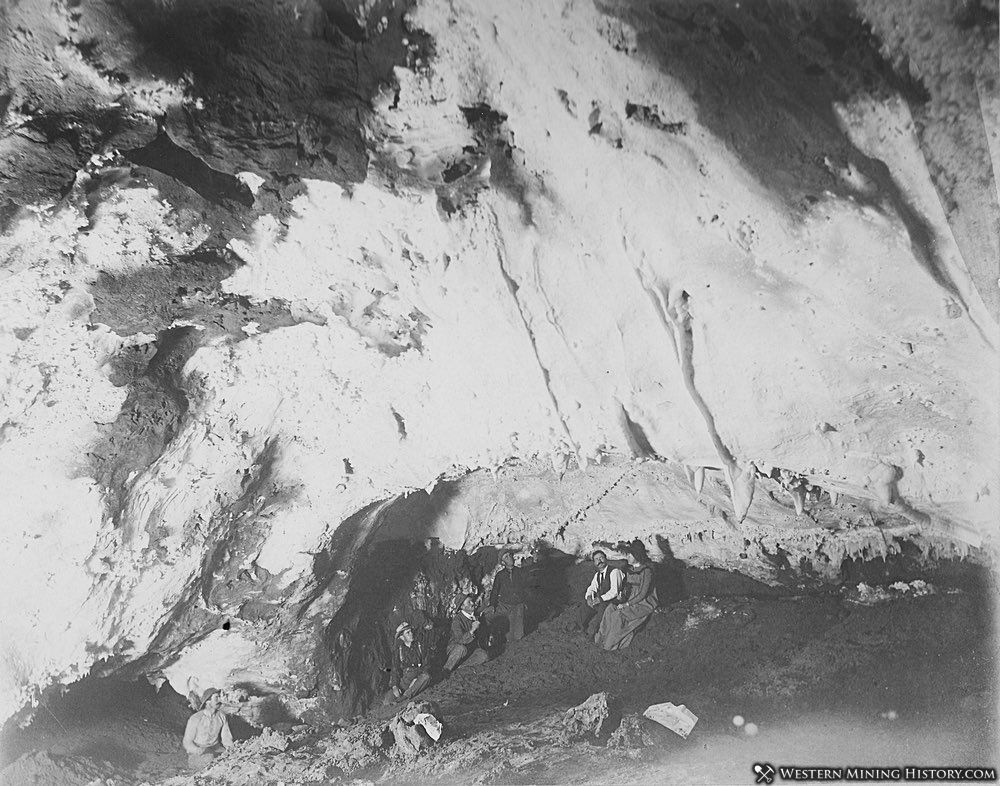 Group in the New Year Cave

What the New Year mine lays fame to is a fairly significant natural cave system that the miners blasted into while driving drift. The BLM now owns the ground and there is talk of someday developing a tourist trap there.