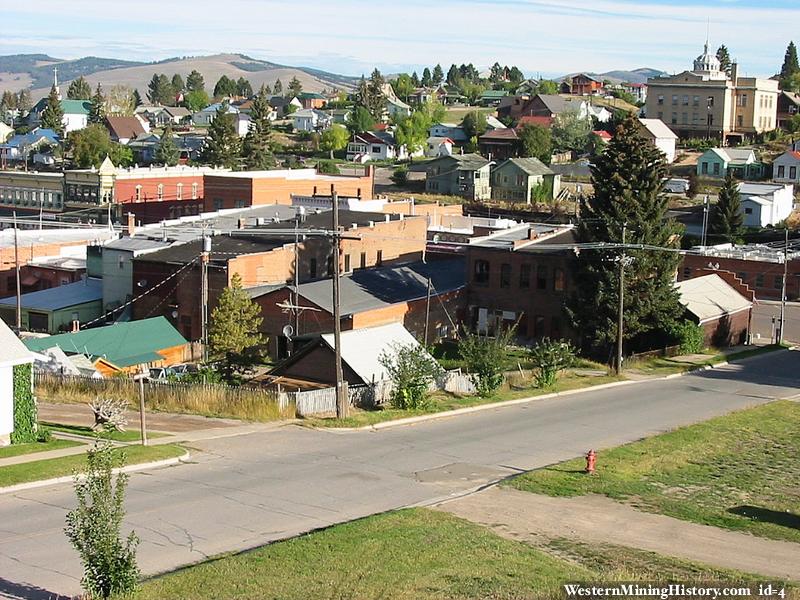 Quartz mines in the vicinity of Philipsburg were first discovered in 1865 by Hector Horton. Word of his discoveries got out and a rush to the area occurred the following year. By June of 1866, claims had been staked on many of the important lodes of the area including the Comanche, Hope, Cliff, Franklin, Trout, Gem, Poorman's Joy, and San Francisco lodes

The camp that was settled near the Hope mill was named Philipsburg after the manager of the mill Philip Deidesheimer. Deidesheimer was a prominent mining engineer from the Comstock district in Nevada, and is credited with the development of the square-set timbering method which revolutionized mining at the Comstock mines. 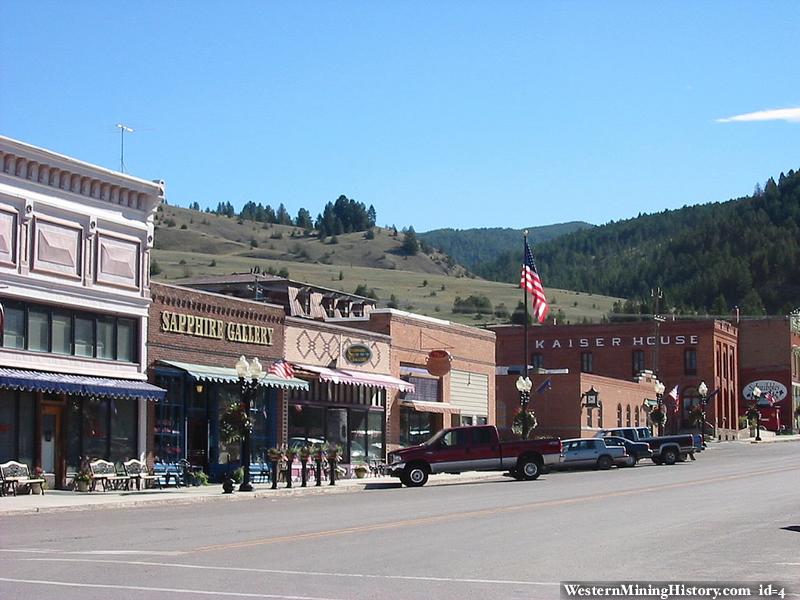 Philipsburg was officially registered as a town in 1867. The town was growing at such an unbelievable rate that it was reported in an August edition of the Montana Post that Philipsburg was "scarcely thirty days old" but growing at a "rate of one house a day." By December of the same year, Philipsburg had a population of about 1500 people.

Businesses in Philipsburg included 6 general stores, 7 saloons, 3 blacksmith shops, 2 breweries, 3 livery stables, a steam saw mill, a hotel, and a newspaper. A Masonic hall, the equal to that in Helena, was erected at a cost of $6,000.

Throughout the 1870s new mills were built and milling processes improved to treat the rich Philipsburg ores. In 1881 the Hope mine entered a rich new body of ore which greatly increased the output of the district for the next several years. 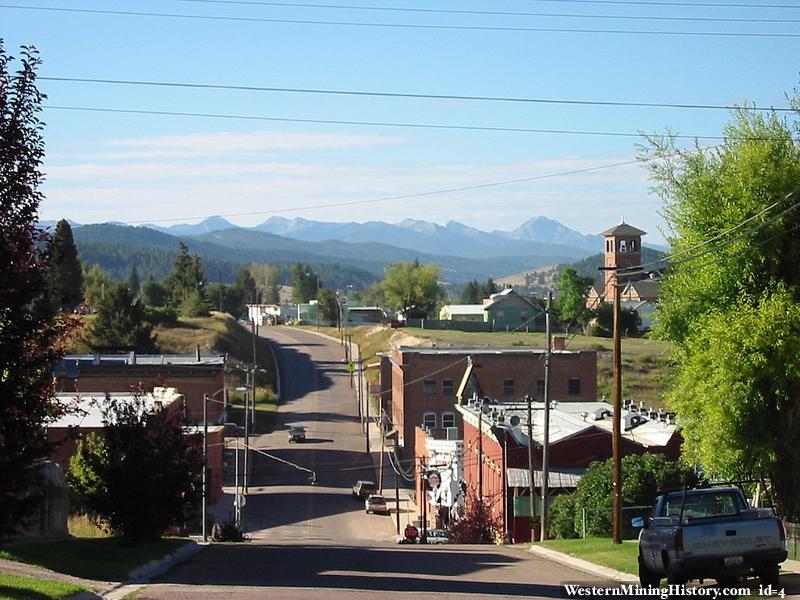 The 1880s were an exciting time for the booming town of Philipsburg. Two new hotels, an opera house, a brewery, and two new banks were among the numerous new commercial buildings built during this decade. A railroad spur line was completed to the town in 1887.

Much of Philipsburg's prosperity was linked to the development of the rich silver mines approximately four miles away at Granite. Initially discovered in 1875, development didn't start until 1880 when an ore sample from the Granite Mountain lode was assayed at a staggering 2,000 ounces of silver per ton. In 1884 the mines were starting to produce and the town of Granite was established.

Granite was located high on a ridge above Philipsburg. The steep terrain necessitated development of mills at Philipsburg to treat ores from the Granite mines. Philipsburg continued to prosper as the chief settlement in what was one of the nation's top silver districts. 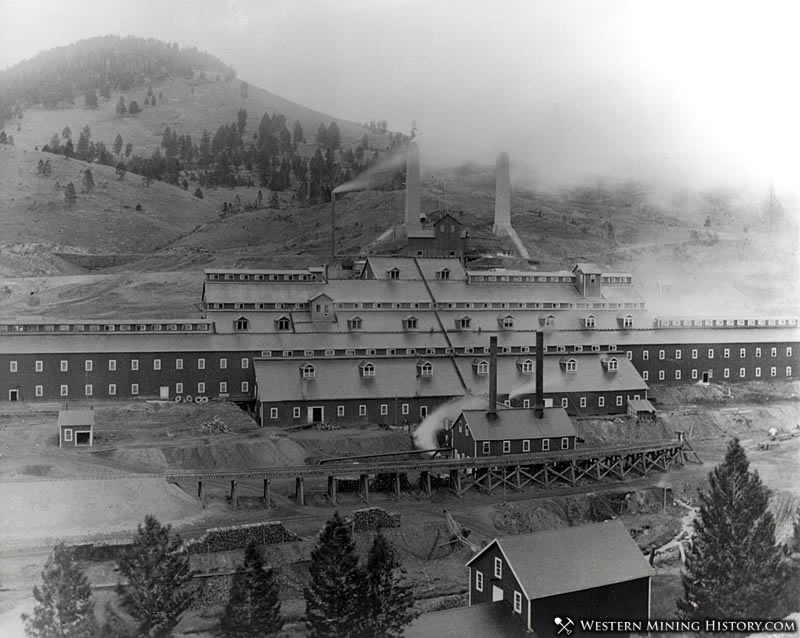 Good times finally came to an abrupt end with the repeal of the Sherman Silver Purchase Act in 1893. The Granite mines shut down by the end of the year, and were idle until 1898 when some of the larger mines were consolidated and reopened.

Silver mining continued into the new century but Philipsburg was not as prosperous as it had been before the 1893 crash. This changed with the onset of World War I when manganese was suddenly in great demand. The manganese ores were previously of little interest, but by 1917 the Philipsburg mines were producing half of all the manganese produced in the United States.

Mining continued around Philipsburg for many decades but ultimately ceased by the 1980s. The town never died though and remains the seat of Granite county. Numerous well-preserved historical buildings remain and Philipsburg is considered one of the West's most scenic small towns and is popular with tourists. 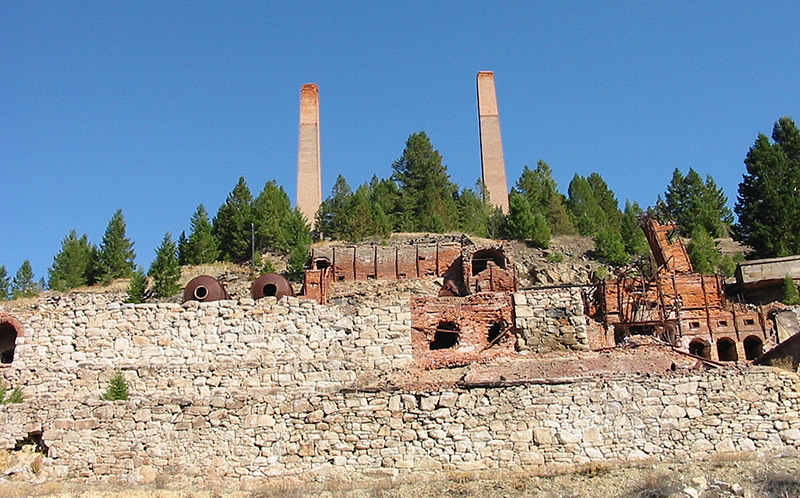 Ruin of the Bimetallic Mill

The remains of the Bimetallic mill can be seen about a mile south of town, and town site of Granite is preserved as a state park a few miles up the mountain above Philipsburg.