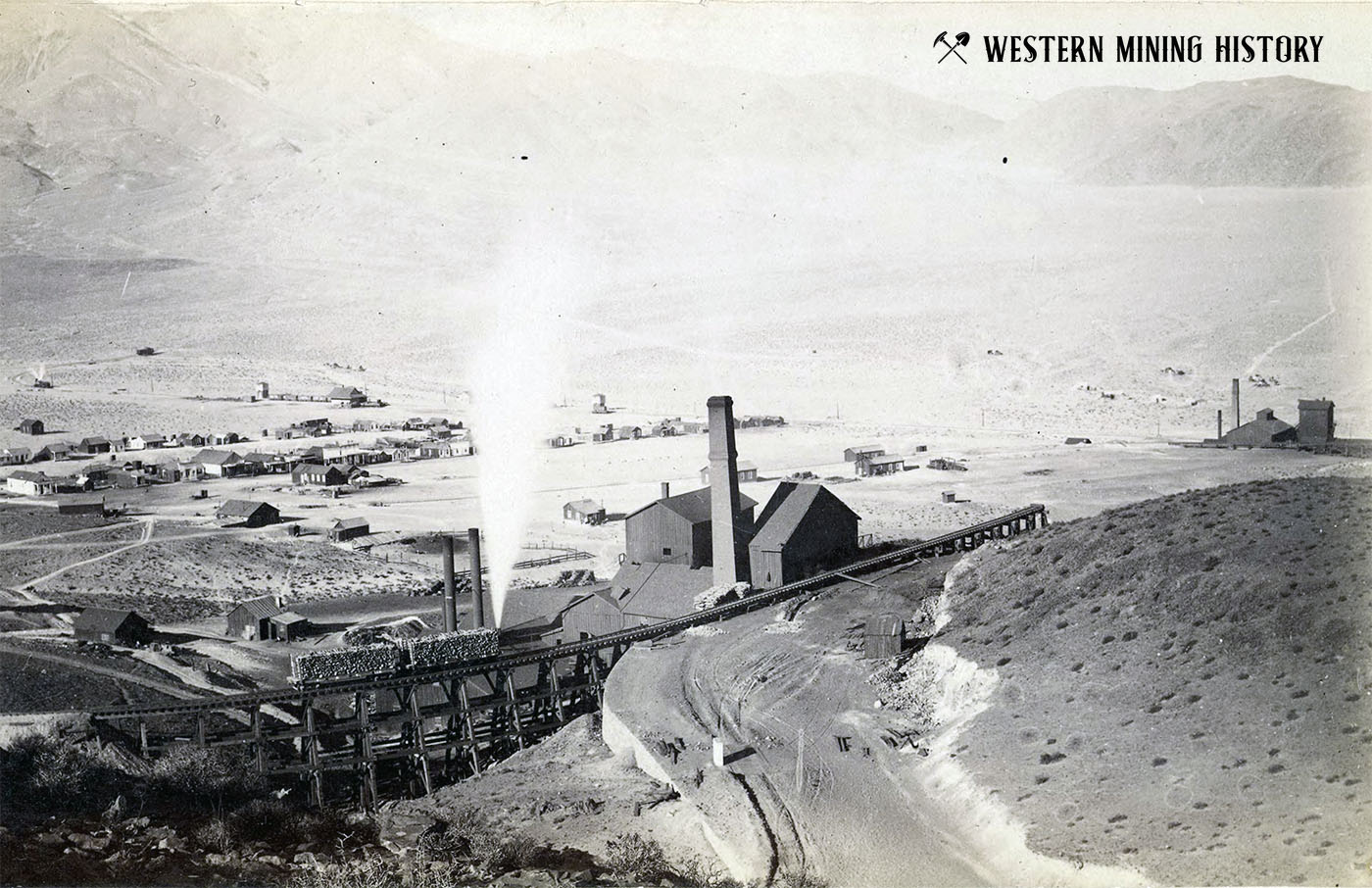 Belleville was founded in 1873 as a milling center, primarily for processing ore from the Northern Belle Mine at Candelaria. The mill was located just east of the present-day historical marker.

Its first bullion bar shipment of $9,200 was made in April 1875. The town was famed for a "Wild West" atmosphere; murders, drunken brawls, and "sporting" practical jokes were commonplace. 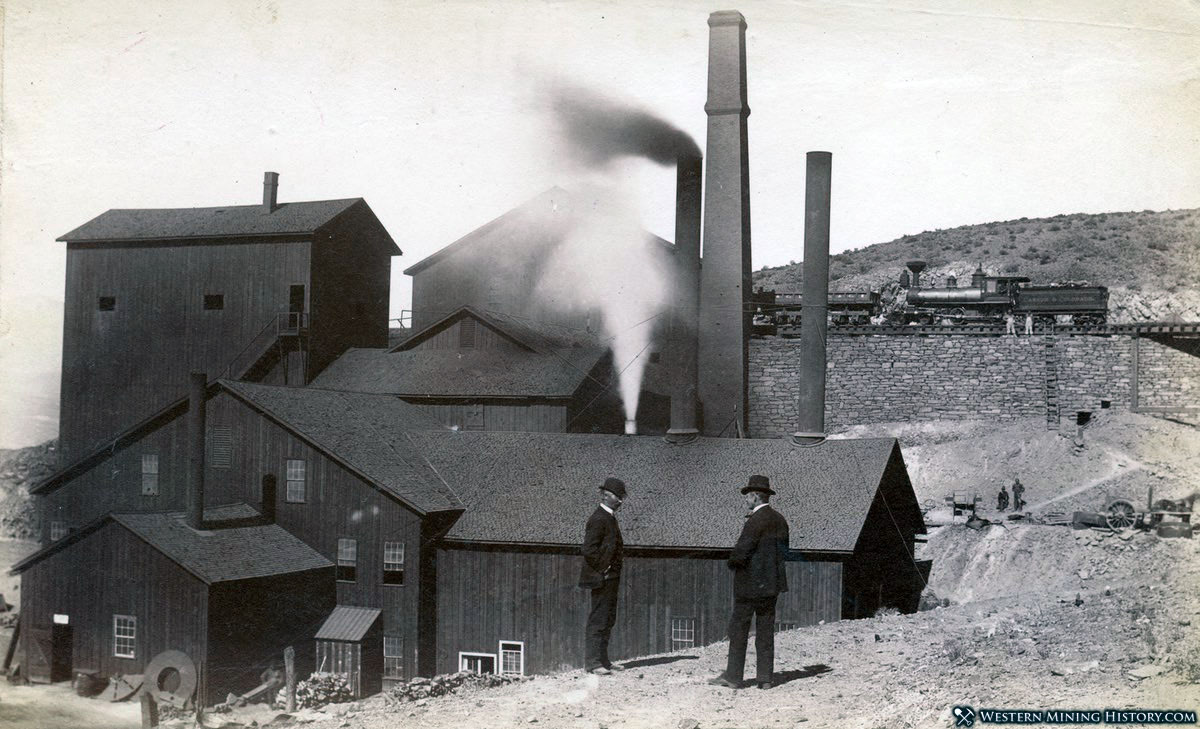 A fire destroyed much of the town in 1878, but Belleville's best days were yet to come and the town was rebuilt.

When the Carson and Colorado Railroad reached the town in 1882 its population was 500 to 600, and the town was served by a doctor, assay office, express office, telegraph station, livery stable, school, two hotels, restaurants, and blacksmith shops as well as by seven saloons.

Belleville at one time was quite an important point in the early days and practically the outpost of civilization in southern Nevada. It was in the old narrow gauge railway depot, which is still standing in Belleville, in which the late United States Senator George Nixon, as station agent and telegrapher, began his career in Nevada. 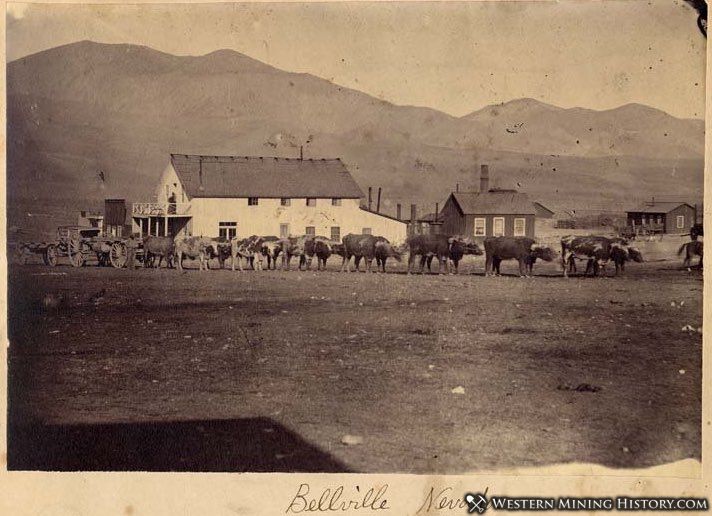 By 1892 water piped to Candelaria allowed the ore to be milled nearer to the mine, and Belleville declined. The town was mostly deserted when a minor resurgence occurred after 1910 when new technology was utilized to reprocess the extensive silver tailings at the mill site.

Postal records indicate that a post office operated at Belleville as late as 1918.

A March 18, 1876 edition of the Daily Alta California describes a stage robbery that occurred near Belleville, and describes how mining companies safeguarded their shipments during that time (the rest of the text on this page will be quoted from this article):

Recently a stage was robbed near Belleville, Nevada, of some silver bars, and the robbers took two horses from the stage to carry their plunder. It might have been well for the mill that produced this bullion to follow an example that has been tried with satisfactory results of casting the metal in truncated cones weighing four hundred pounds each.

No horse can carry one of these; and a wagon could not be used safely by robbers, since it could be recognized and tracked; and four men could not lift it, because they are in one another's way when they attempt to take hold of it; and it is so tough that they cannot cut it up with an axe. As a consequence, none of these truncated cones has ever been stolen, the highwaymen finding more manageable and profitable plunder elsewhere.

It is, however, important that a close scrutiny should be kept of all bullion offered for sale and of the men who undertake to dispose of it, and it would perhaps be well to have some additional legislation in reference to this matter by California and Nevada. These robberies of the bullion stages are lamentably frequent.