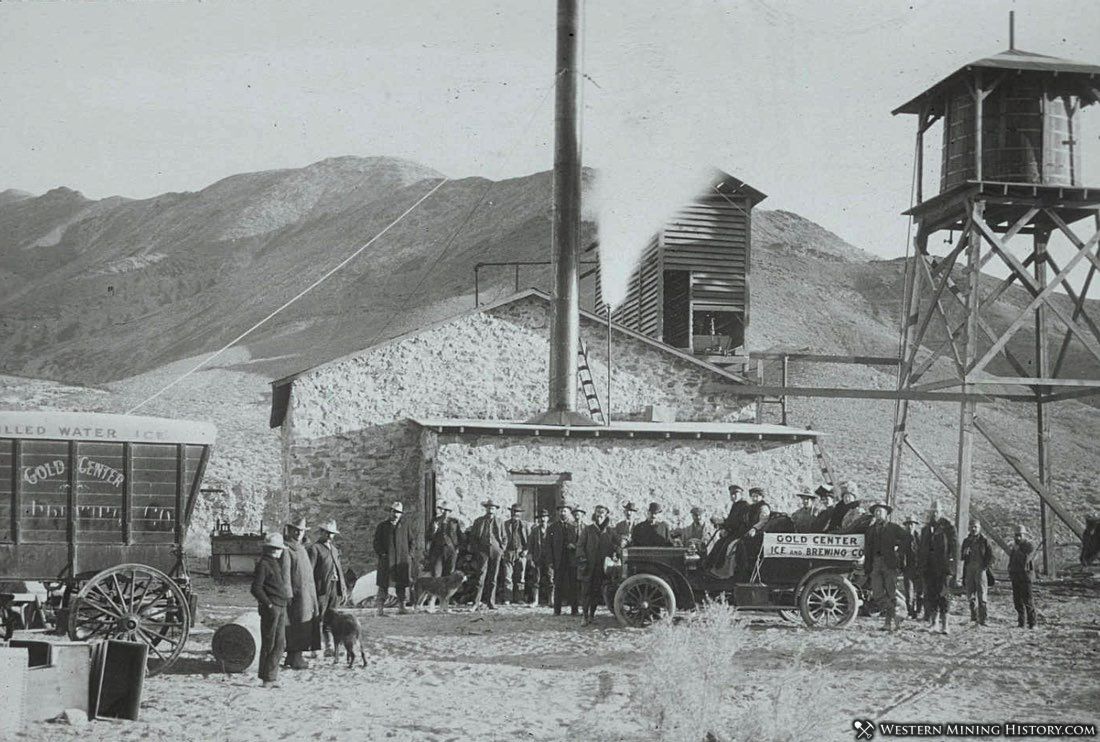 Gold Center was one of the many town sites that were established in 1904 as a result of the Bullfrog mining rush. Although the Gold Center site was not as close to the mines as other camps, it had the advantage of being near the Amargosa River which provided an important water source in an area where water access was scarce.

The boom town of Rhyolite became the center of the district, and as a result other camps like Bullfrog and Amargosa faded into obscurity. Gold Center lived on however as a transportation hub, a milling center, and as a water source for surrounding communities.

Water pipelines were built from Gold Center to Rhyolite and later to Carrara. Gold Center was able to further benefit from its water by developing an ice plant and a brewery. Two stamp mills operated in the town.