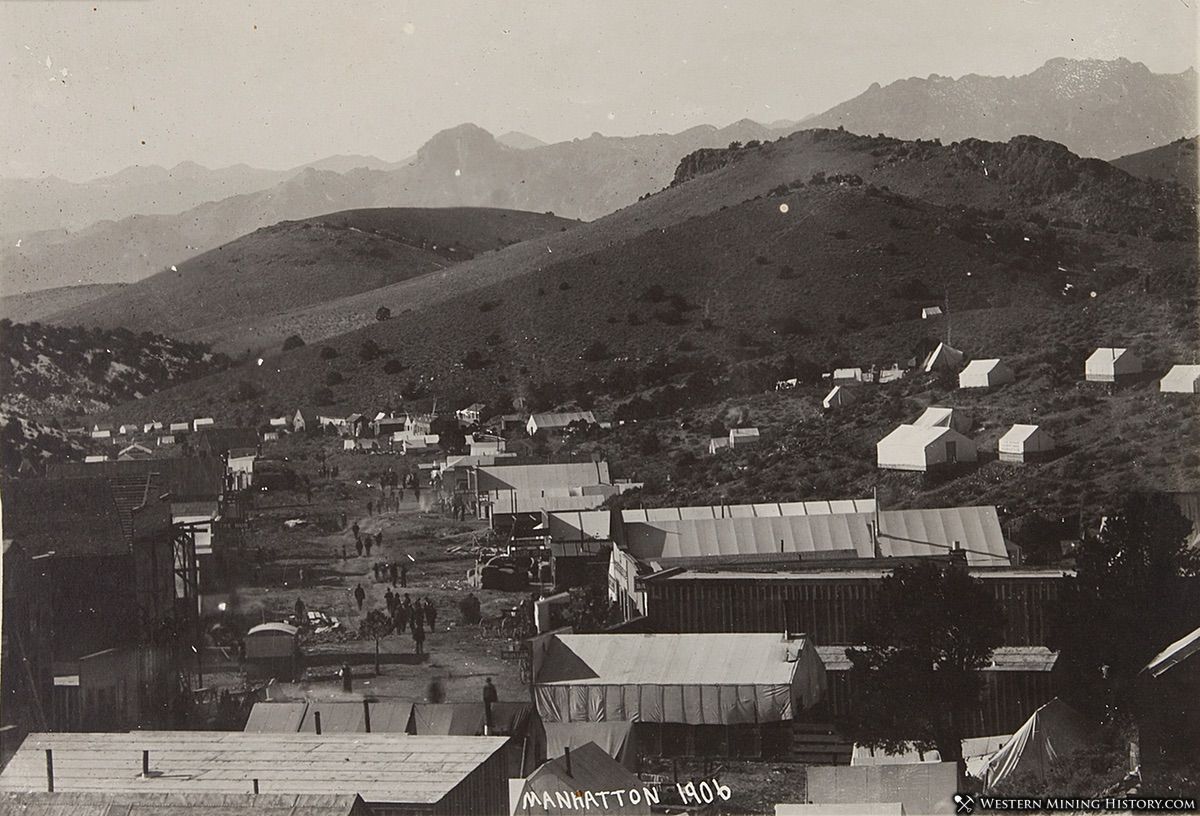 Manhattan had several periods of activity starting in the 1860's with early silver discoveries. There isn't much information on the early mining in this district, and mining activity appears to have tapered until the district was all but abandoned in the 1890s.

New gold discoveries after 1900 resulted in a new rush to the area and the town of Manhattan was finally established in 1905. The population swelled to over 1,000 people. An economic downturn and dwindling mines caused the new town to hit hard times after just a couple years, and by 1907 many businesses were forced to close. In 1909, yet another gold discovery led to renewed mining activity that kept the town going into the 1940s.

Today Manhattan is a very remote outpost in the desert that still has over hundred residents and two bars to serve thirsty travelers.