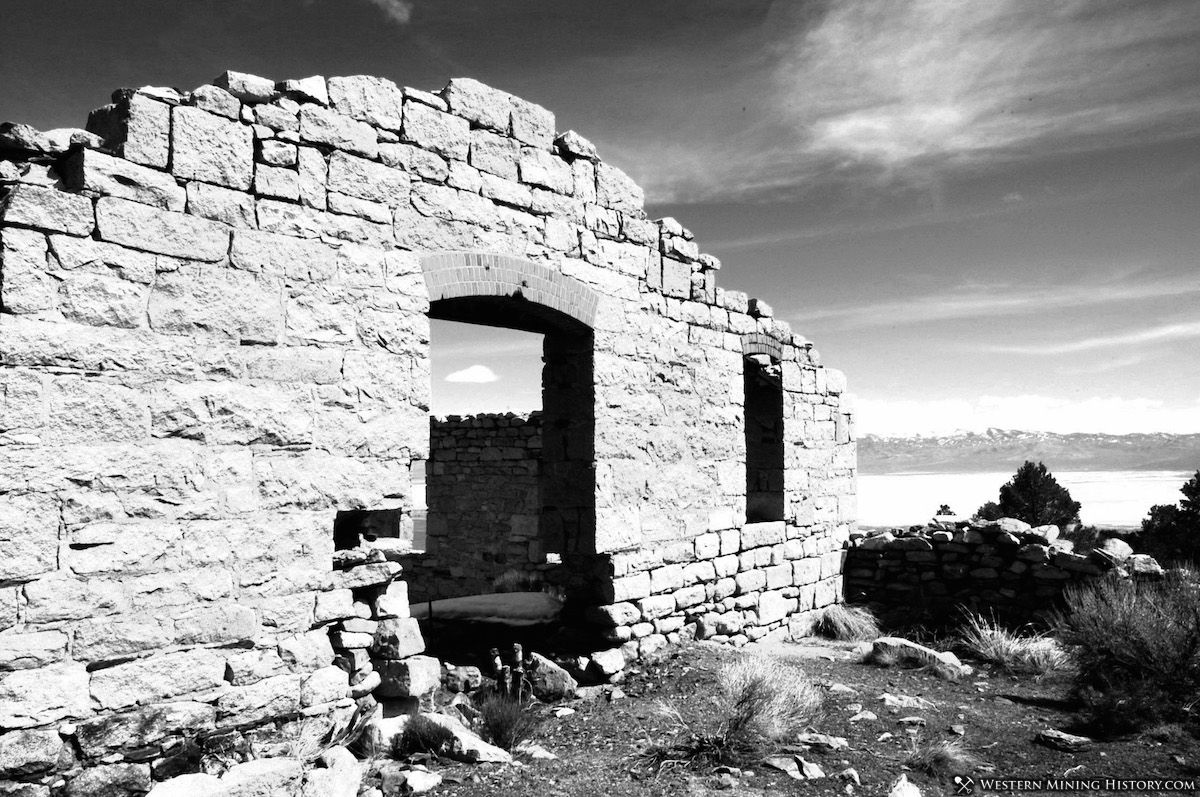 The camp at Park Canyon was established in 1865, shortly after the discovery of the Buckeye Mine. The Buckeye mine, along with other mines in the area formed the North Twin River Mining District. Ore from the mines was shipped to Austin until a mill was built at Park Canyon in 1867.

The camp had many alternating periods of inactivity and renewed mining through 1890, when the last business in town finally closed and the camp became quiet for more than a decade. Mining again resumed in 1905 and lasted until 1916, when mining activities finally stopped for good, and the town faded into obscurity. The only remains at the site are the impressive country-rock walls of a stamp mill, and a few stone chimneys and foundations.