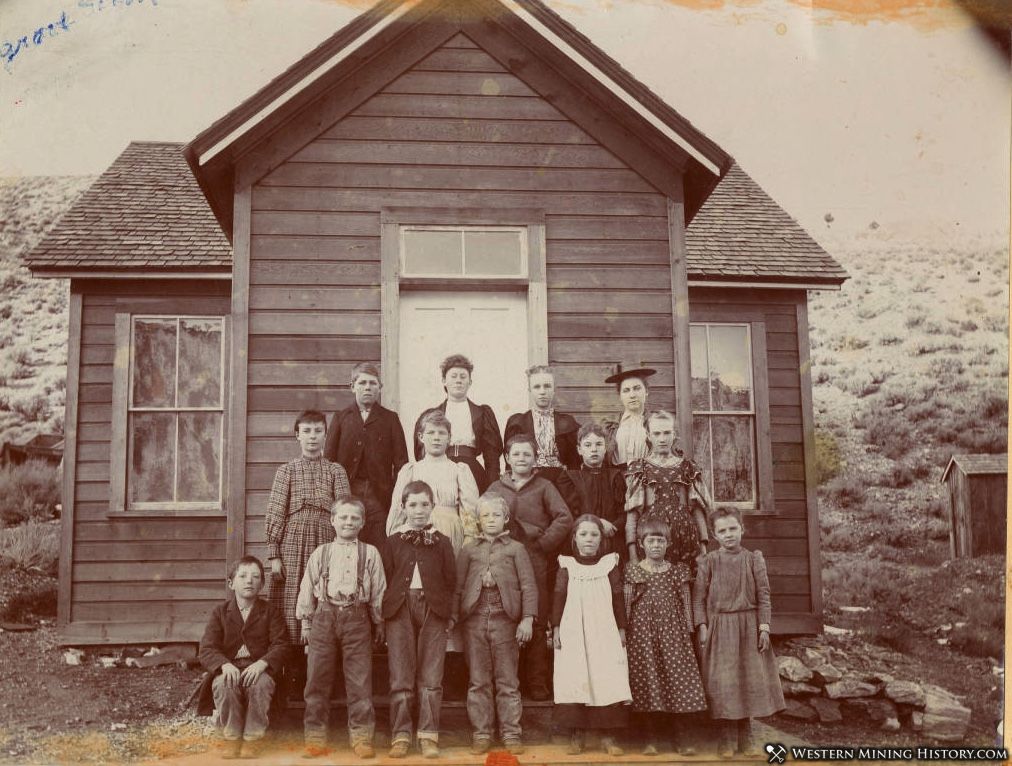 The original Pine Grove Mine was discovered in 1866 by William Wilson. The Wheeler Mine was started soon after and by 1868 there were two large mills and an arrastra in operation. By 1893 the Wilson mine had produced $5,000,000 and the Wheeler Mine $3,000,000. The ore was mostly gold with minor amounts of silver. There was renewed activity between 1900 and 1910 but the main strike was over. Except for some continued prospecting and occasional attempts to rework the tailings, all activity had stopped by 1918.

As at neighboring Rockland, the first stage and freight road into the town was a spur branching off the Wellington-Pine Grove Wagon Road over Lodbell and Pine Grove Summits and coming eastward down Pine Grove Canyon. The present road from the east was not built until about 1904. Text from historical marker