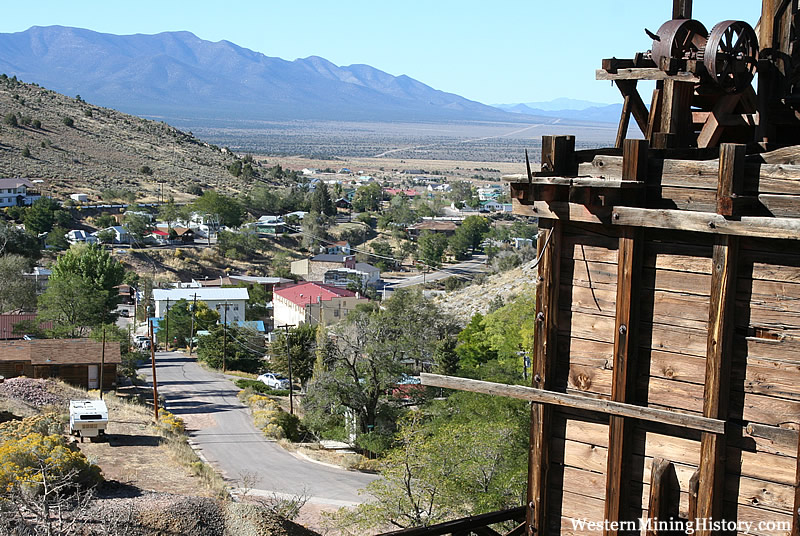 Silver ore was discovered in this range of moutains in 1864, but no important development took place until 1869 when mines were opened and the town of Pioche appeared. Pioche soon became the scene of a wild rush of prospectors and fortune seekers and gained a reputation in the 1870's for tough gunmen and bitter lawsuits. Over five million dollars in ore was taken out by 1872, and by 1900 Pioche was nearly a ghost town. 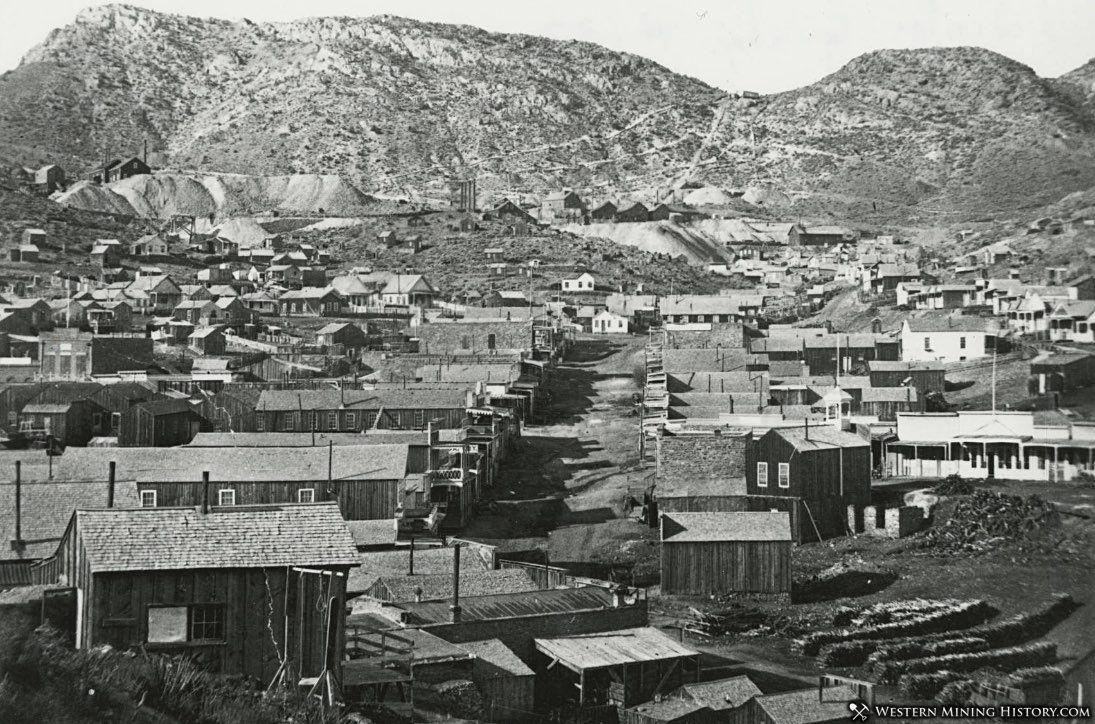 Designated as the seat of Lincoln County in 1871, Pioche survived hard times as a supply and government center for a vast area. In later years, notably during World War II, profitable lead-zinc deposits were developed.

Pioche is known for its "Million Dollar Courthouse," built in 1871. The original cost of $88,000 far exceeded initial estimates and was financed and refinanced with bonds totaling nearly $1 million. Pioche currently contains the county administrative offices and has one of the oldest grade schools in the state. 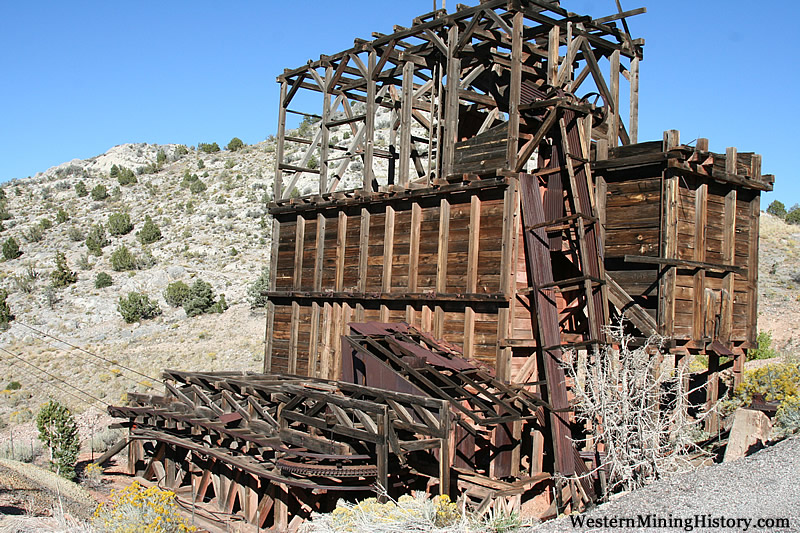 Next door to the Court House sits the old Mountain View Hotel, where President Herbert Hoover is said to have stayed in 1930. Built in 1895, the old Hotel served the lodging needs of dignitaries visiting Pioche on court business. Although the building no longer serves as a hotel, it still serves as a superb example of turn-of-the-century western architecture. There is another hotel, the Overland, which is still operating, with 14 themed rooms, on the second floor over the main saloon. Local lore is that it is haunted by one or more ghosts.

An aerial tramway carried buckets ore from the mines to the Godbe Mill. The tramway ran during the 1920s and 1930's, but was only used for the transportation of silver and nickel ore. Although the tramway is abandoned, it's cables still stretch over parts of the town, and it's ore buckets still hang to this day.

A dispute between parties for the possession of the Bonner and Creole mines, at Pioche City, culminated in a battle at that place on Wednesday last, in which W. G. Sullivan was killed and ten other men wounded, and two precipitated down the shaft of tho Creole, seventy feet. These two escaped with but a few slight bruises.

It appears that the Bonner men drove the workmen from the works Tuesday evening and took possession, holding the mine until five o'clock on Wednesday afternoon, when they were attacked and drawn out by a party of the Creole men.

Touble had been looked for all day, for it was rumored around town that a party were arming to take possession of the mine by force, if necessary. At the time of the attack all trouble was supposed to be over for the day at least, but as soon as the firing commenced the mountain-side was black with people. The crowd was allowed to approach within a hundred yards, when they were halted and forbidden to approach nearer.

None of the wounded are considered in any great danger, but their wounds Are very painful. The following are the names of those wounded: James Finley. Thomas Newland, Jack White, Albert Doliff, John Morgan and Courtney. The names of those who fell down the shaft are not yet ascertained.

Over sixty shots were fired in the skirmish. The parties retaining possesion of the Creole mine after the fight were arrested by Sheriff Kane on Wednesday evening. They were brought before Justice Clapp on Thursday morning, and, upon their waiving an examination, were held under $5,000 bail, which was given.

a wily Celestial of this place attempted to ship the bones of thirteen Chinese to Los Angeles, from which place he planned to have them sent by steamer to China. The Chinaman, whose name is Ong Chong Lung, took this means as a matter of economy, the rate on notions being much less than it is on corpses, He asked the station agent for the rates on notions and the next day brought the bones to the station in thirteen oblong boxes.

An Investigation was made and the fact that the “notions" were human bones was discovered. Ong Chong Lung was told that he would have to pay the regular rate on the bones and finally did so. It developed that the bones were shipped in accordance with the religious belief of the Celestials.