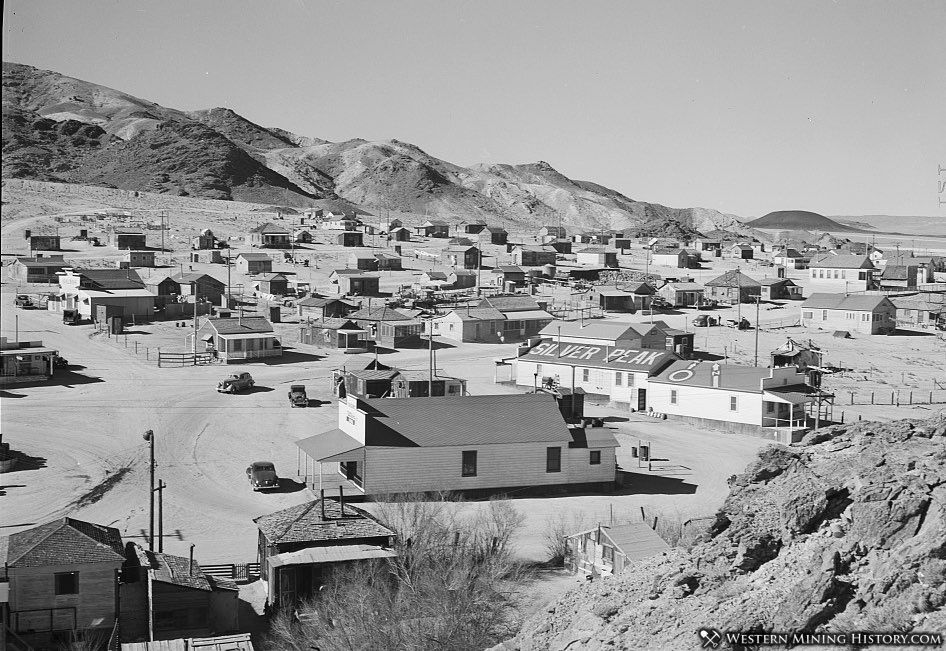 An archived version of the Esmeralda County government page gives a brief history of Silver Peak:

Silver Peak is one of the oldest mining areas in Nevada, discovered in 1863; it produced substantial amounts of silver, gold, and other minerals. The town site was established in 1864 due to a spring that was in the area. A 10 stamp mill was built in 1865 and a 20 stamp mill was built in 1867. However, mining was far from steady in the area as the mines changed ownership and new milling techniques were invented.

The ups and downs of the mining industry resulted in a fluctuation in the population as well. In 1948 a fire burned the town of Silver Peak. After that there was little activity until 1966, when the Foote Mineral Company started its lithium extracting operations in nearby Clayton Valley. 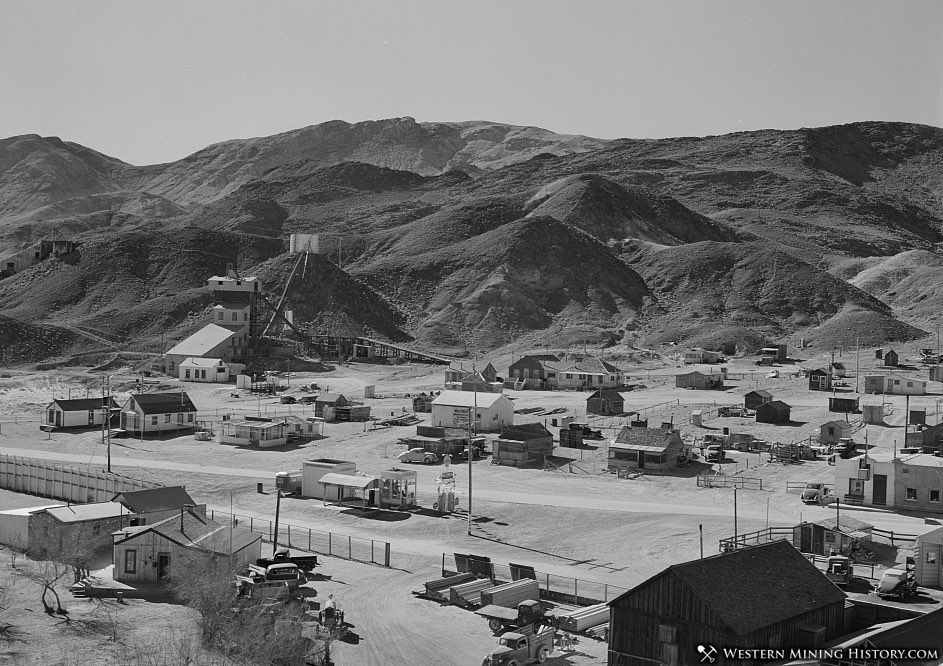 Silver Peak, Nevada 1940 - note the stamp mill in the left part of the photo

The Red Mountain section was discovered in 1863 and a 3-stamp mill was erected there in 1864. The Silver Peak section to the E. was discovered by Robinson Bros, in 1864, and a 10-stamp mill was brought there from the Reese River District and set up in 1865. The Great Salt Basin M. & M. Co. acquired these mills together with the principal mines and in 1867 erected a 30-stamp mill at Silver Peak which operated for 2 years.

Subsequent to 1870, a little intermittent mining and milling was conducted in the district, but no important operations took place in the district until the Pittsburgh Silver Peak Gold M. Co. acquired the Mohawk, Alpine, Silver Peak, Drinkwater and Mary mines in 1906 and constructed a branch railroad line 1772 m. long from the T. & G. R. R. to Blair, a few miles N. of Silver Peak. 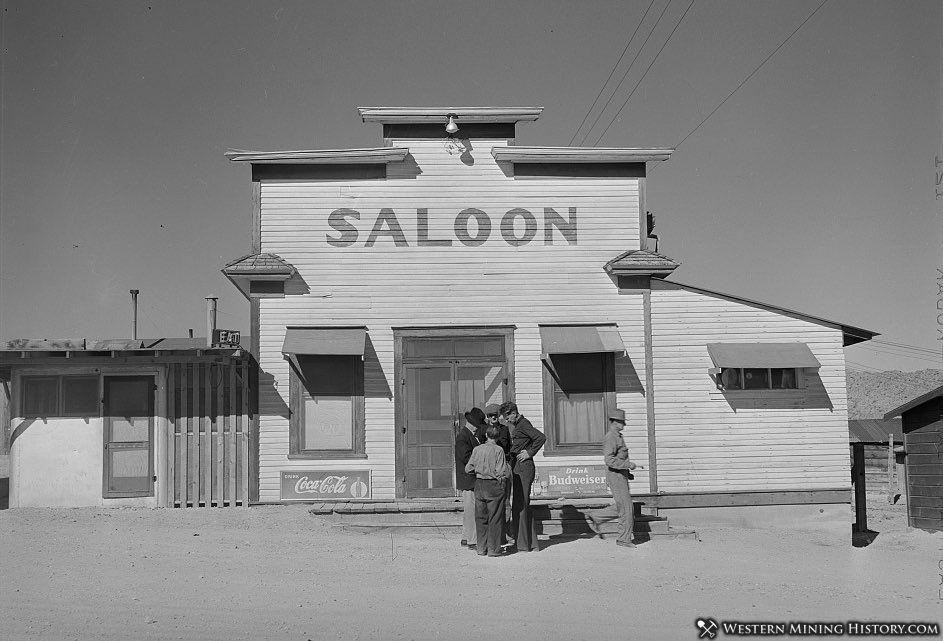 In 1907, this company put in operation a 100-stamp cyanide mill at Blair; and in 1910 absorbed the Silver Peak-Valcalda Mine and added 20-stamps to the mill at Blair. This was the largest stamp mill in Nevada and the Pittsburgh Silver Peak was for years the largest producer of low-grade ores in the state. While there were other producers in the Silver Peak District, the bulk of the production came from the Pittsburgh Silver Peak, and activities in the district were practically suspended when that company shut down in 1915 owing to the lack of ore, moved its mill to California, and tore up the branch railroad to Blair.

Recently, the Lucky Boy Divide M. Co. obtained a lease upon the Pittsburgh Silver Peak property and has developed ore which it plans to treat in a 100-ton cyanide mill at Silver Peak. Tom Fisherman, a Shoshone Indian, located the Nivloc Mine 8 m. W. of Silver Peak in 1907. The mine is owned by Mr. Colvin of Chicago, and is being explored under the management of F. Vollmer of Silver Peak.