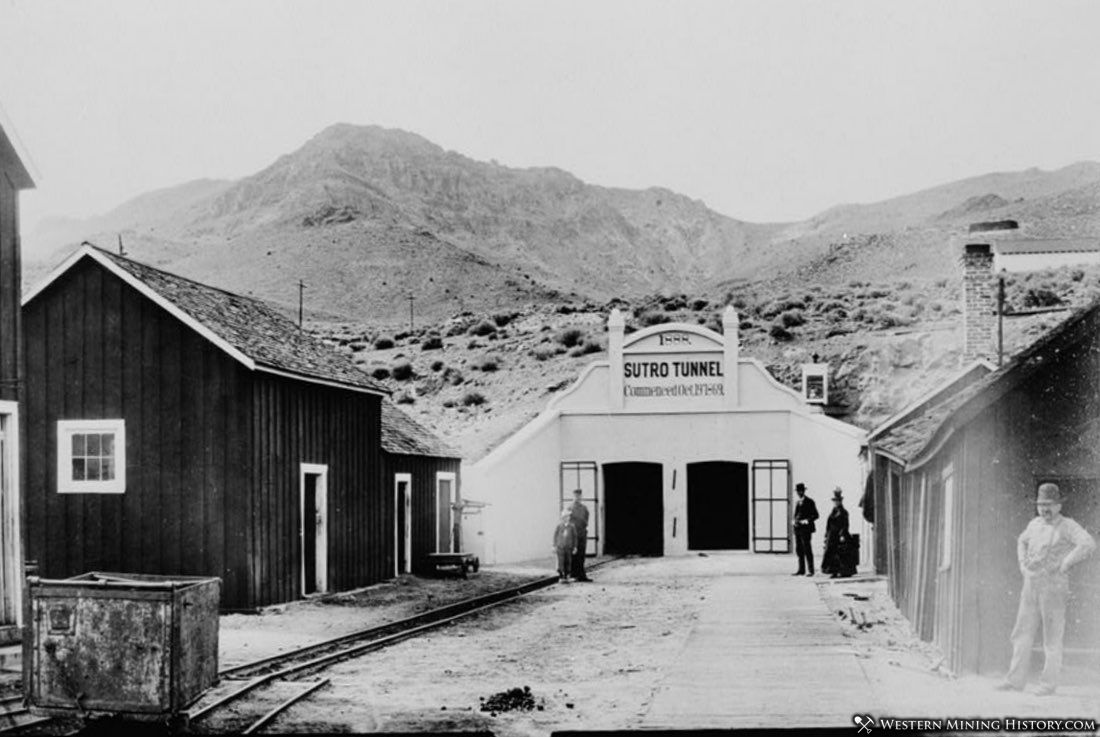 The town of Sutro was named after Adolph Sutro, one of the West's most famous mining promoters. Sutro had the idea as early as 1860 for a tunnel that would drain the problematic water from the ever deepening Comstock mines. The tunnel would also allow ore to be transported directly to mills on the Carson river. After almost a decade of planning and raising capital, construction finally commenced.

The tunnel entrance was at a site a couple miles northeast of Dayton and is the site where the town of Sutro was established as a construction camp. Sutro had grand plans for his town however, and was convinced that miners of the Comstock would choose to live at Sutro, traveling to and from their mining jobs via his tunnel.

By 1876, with the tunnel still under construction, the town peaked with an estimated 600 to 800 residents. Sutro built himself a mansion at the town, the most prominent building in the settlement that ultimately burned down in 1941.

Sutro, Nevada in 1890. Sutro mansion is at the left

The Sutro Tunnel was finally completed in 1879, nearly twenty years after Adolph Sutro initially conceived of the project. Unfortunately by this time many of the Comstock mines had been developed deeper than the tunnel could dewater.

The Comstock mines were also in decline by this point, so the potential of the tunnel was never realized. While not a total failure, the tunnel company never returned the estimated 5 million dollars that investors put into the project. 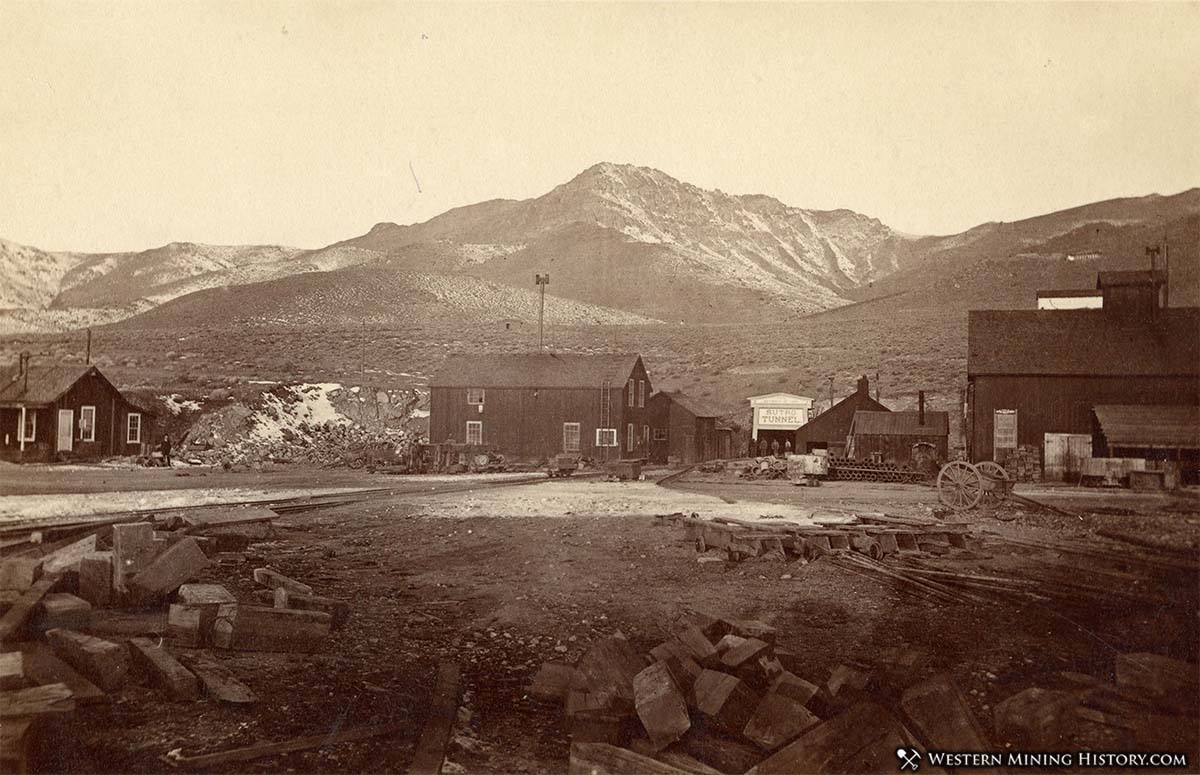 With construction complete and traffic through the tunnel not as heavy as hoped for, the town of Sutro began to decline. In 1880 435 residents were counted.

The 1890 photo of Sutro above shows that by 1890 most of the business district was gone (illustrated by the row of trees with few remaining buildings). The complete history of the town and tunnel named Sutro is difficult to find. However, the town of Sutro kept a post office until 1920, indicating that the tunnel produced enough economic activity to keep the town going for many years.

Adolph Sutro went on to be the mayor of San Francisco, and became as famous a figure in that great city as he was at the Comstock mines.