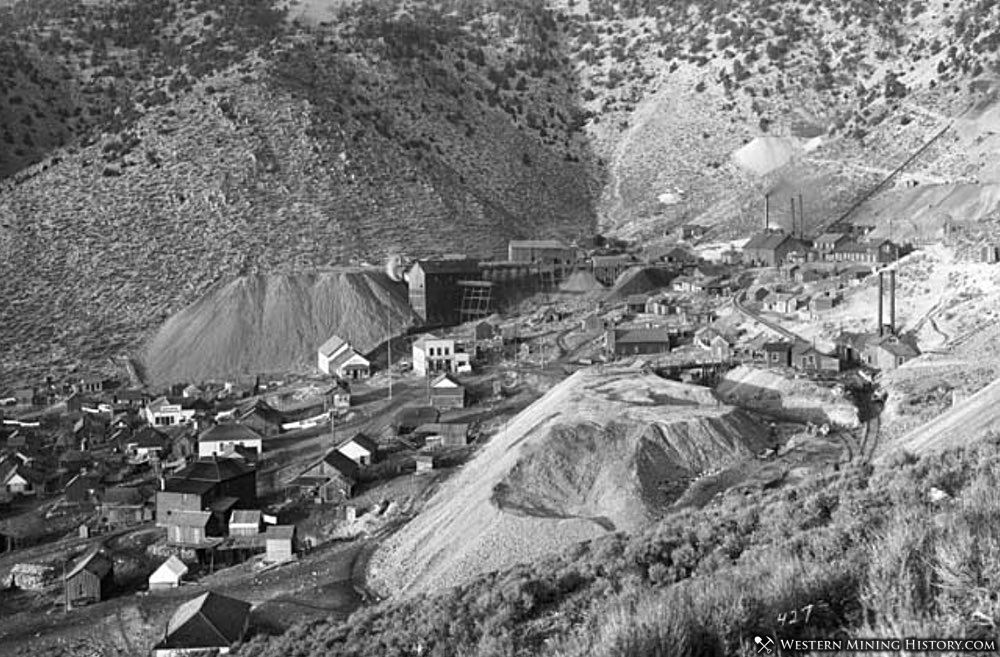 The Mammoth Mine was discovered around the same time as the settlement of Eureka in February 1870. Miners rushed in and began a boomtown. The area was remote and the environment harsh; no water was to be found nearby. The mines piped in water for industrial use, but residents had to buy drinking water for ten cents a gallon.

Activity in Mammoth peaked around 1900-1910, with a population of 2500-3000. The town had a school, four large hotels, and other businesses typical of a town its size. Mammoth was officially incorporated in 1910, but began to decline soon after. By 1930 the population was down to 750, the town having disincorporated on 29 November 1929.