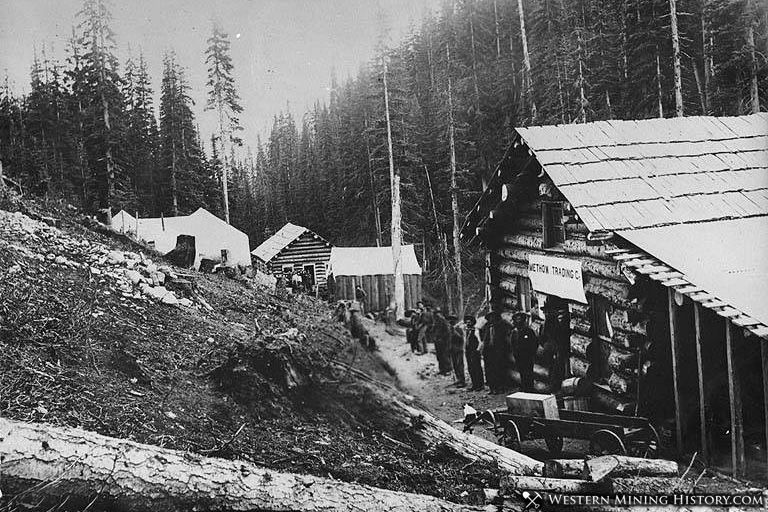 Barron was located in an extremely rugged area in the northern Cascade Mountains. Prospecting in the area began in the 1870s, but the remote and rugged location slowed development of the mines in the area. It wasn't until the 1890s that some of the mines were worked at scale, and the first permanent settlement (Barron) was established among the mines. Barron had a post office from 1899 to 1910.

The following text is selected from the Slate Creek mining district description that was originally part of the 1969 publication Mines and Minerals of Whatcom County, Washington by the Washington Department of Natural Resources, Division of Mines & Geology.

Although placer mining had been carried on in the Slate Creek district since the 1870's, the main rush to the district did not take place until 1894-the year following the discovery of the Eureka lode by A. M. Barron. Upon the discovery of free-milling gold ore at the surface, trails were opened into the district from the Skagit River on the west and from the Methow River on the east in Okanogan County.

Prospectors rushed into the district, and the mining camp of Vera Cruz sprang up near the site of the new gold discovery (Vera Cruz must have been a small and short-lived camp as very little has been written about it). 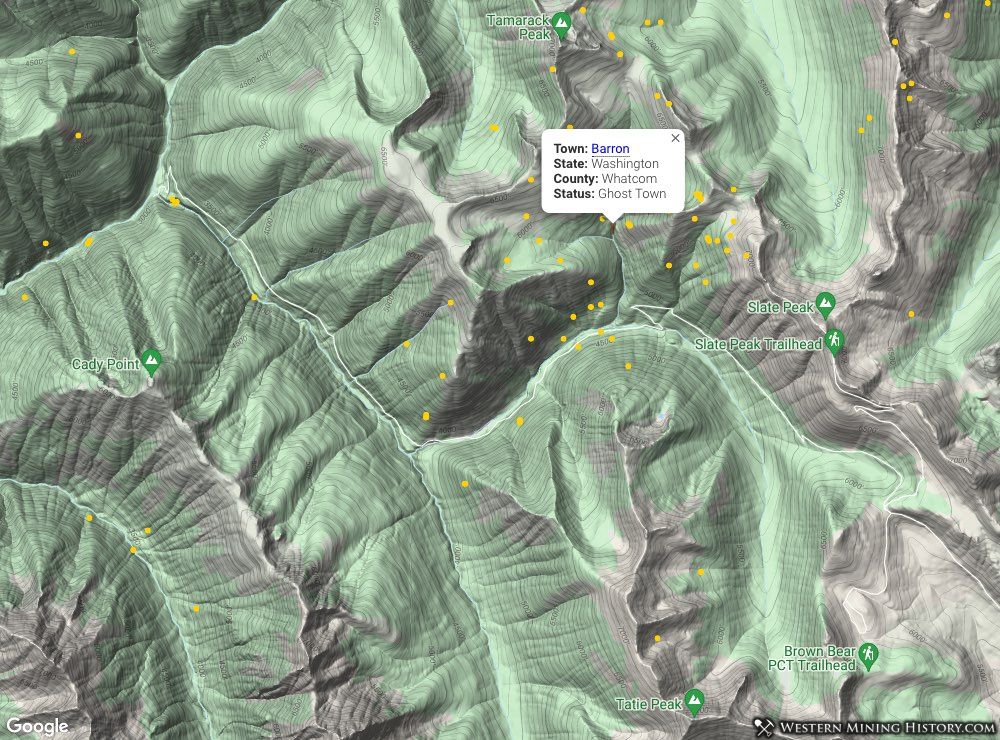 Around 1900 the mining camp of Barron, named after A. M. Barron, who had discovered the Eureka lode, was established on Bonita Creek downstream from the Eureka mill, but a few years later the town-site was relocated a short distance east of Bonita Creek near its junction with Slate Creek.

The settlement consisted of a store and a tavern that supplied the basic needs of several hundred prospectors, whose tents dotted the landscape. A miner's wages were then $2.50 for a 10-hour day. It was near here that the second Mammoth mill was built in 1905, the remains of which are still visible from the Slate Creek road.

Trails were still the only means of access, and all equipment and supplies were packed to the mines on horses. However, from Ventura, which was at the confluence of the Methow River and Lost River, a narrow-gauge (26 inches wide) wagon road led as far west as Harts Pass; around 1903 the road was widened to 36 inches and was extended to Barron.

The District experienced a downturn and by 1911 the Barron post office closed. Many attempts were made to reopen the mines in subsequent decades. A longer history of the district can be read at the following article: The Slate Creek Mining District