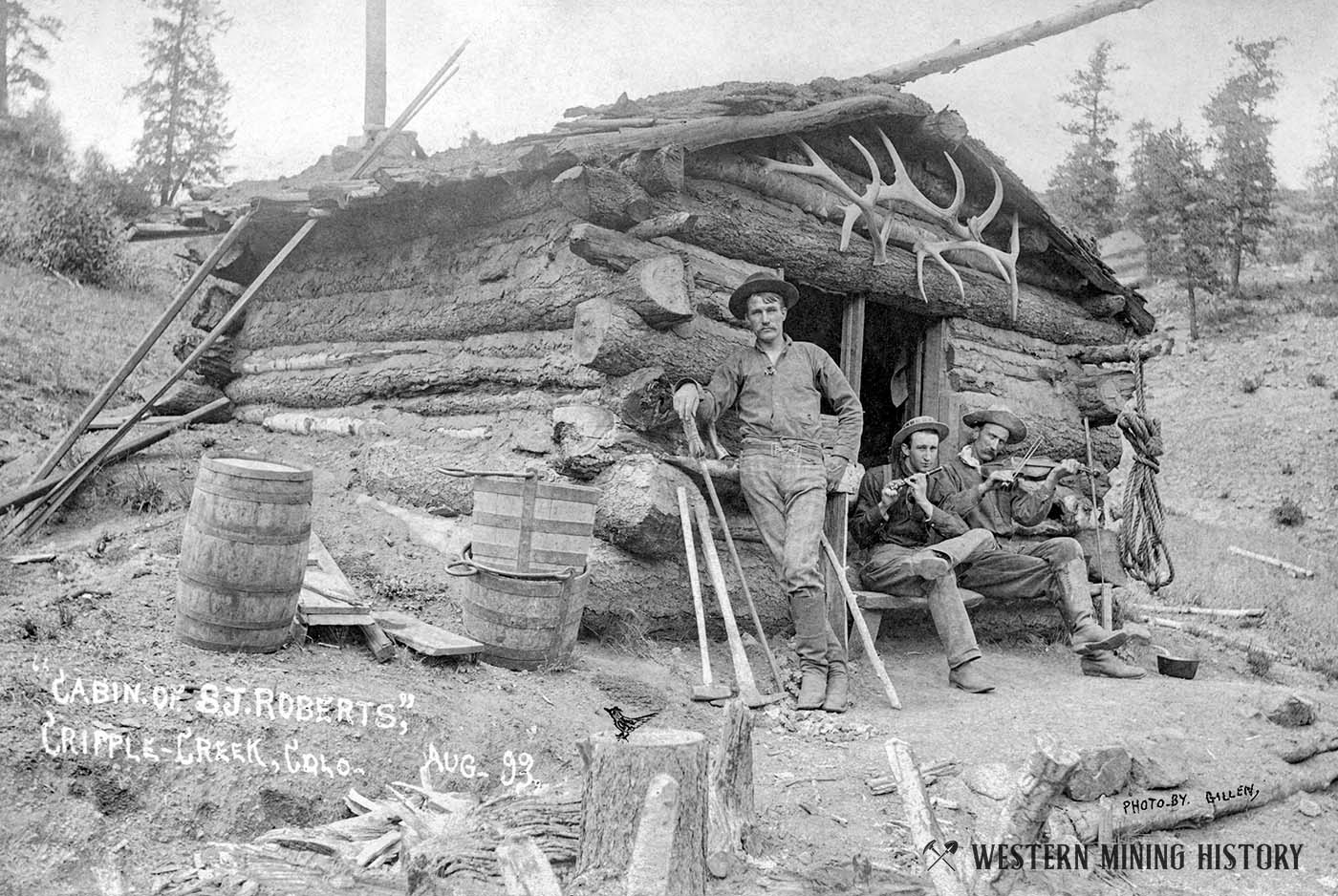 Depicted is the "Cabin of S.J. Roberts" at Cripple Creek, Colorado in 1893. One miner poses with tools while the other two play musical instruments. Note the illustration of a small bird on the stump, which was apparently drawn on the photo by the photographer.

The gold rush at Cripple Creek had just started a year before this photo was taken, and was one of the West's most significant historical events.

This photo has appeared in the following articles:

This image is part of the following collections: