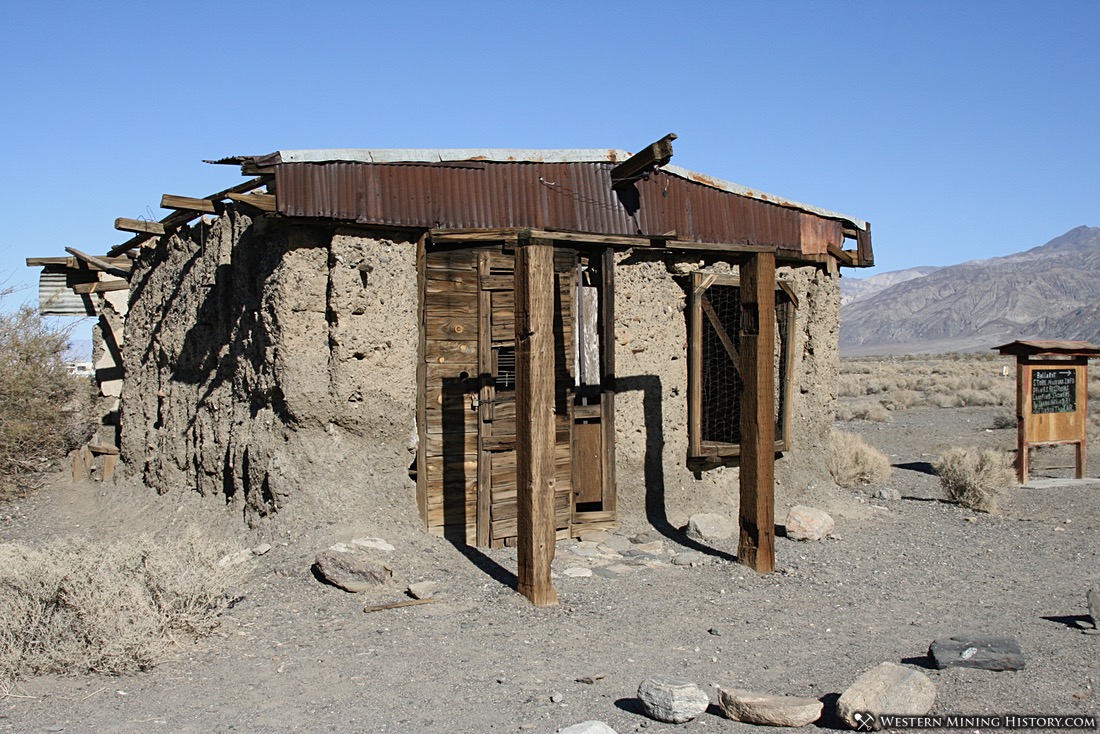 The site that would become Ballarat was frequented by travelers and prospectors as early as 1849 as Post Office Spring, a quarter mile south, was a rare and essential watering hole in an otherwise harsh and dry desert wasteland.

During the Panamint mining boom of the 1870's, outlaws using the mountains as a hideout established a mail drop at the site where they would deposit outgoing mail in a box attached to a mesquite tree. Stage drivers would pick up the mail and return with provisions. 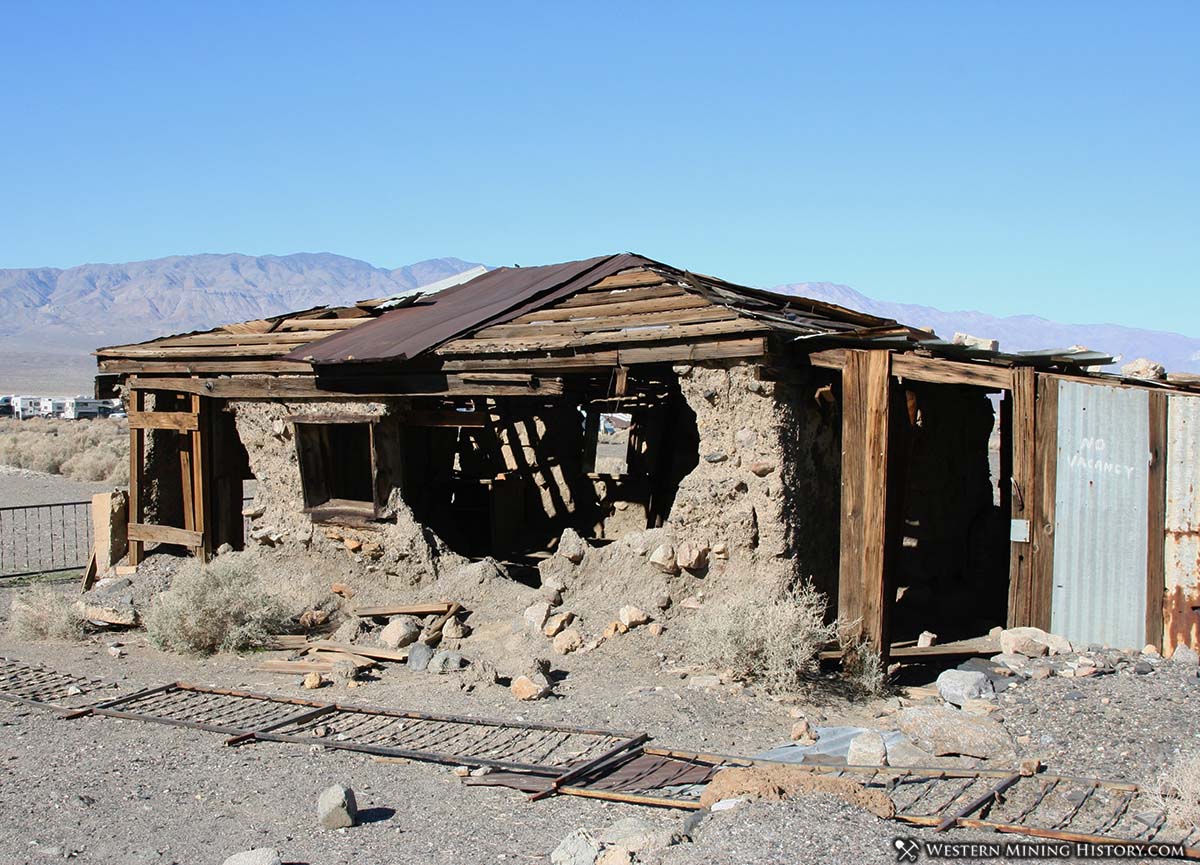 It is interesting to ponder a scenario where outlaw gangs developed regular supply lines that would certainly reveal their whereabouts to the law, but this region in the late 1800's was so desolate and remote there was little presence of lawmen or civilized society of any kind.

It wasn't until the 1890's, well after the boom at nearby Panamint City, that a town started to form at Ballarat. A store and blacksmith shop were established to service some of the traffic coming through the Panamint Valley. 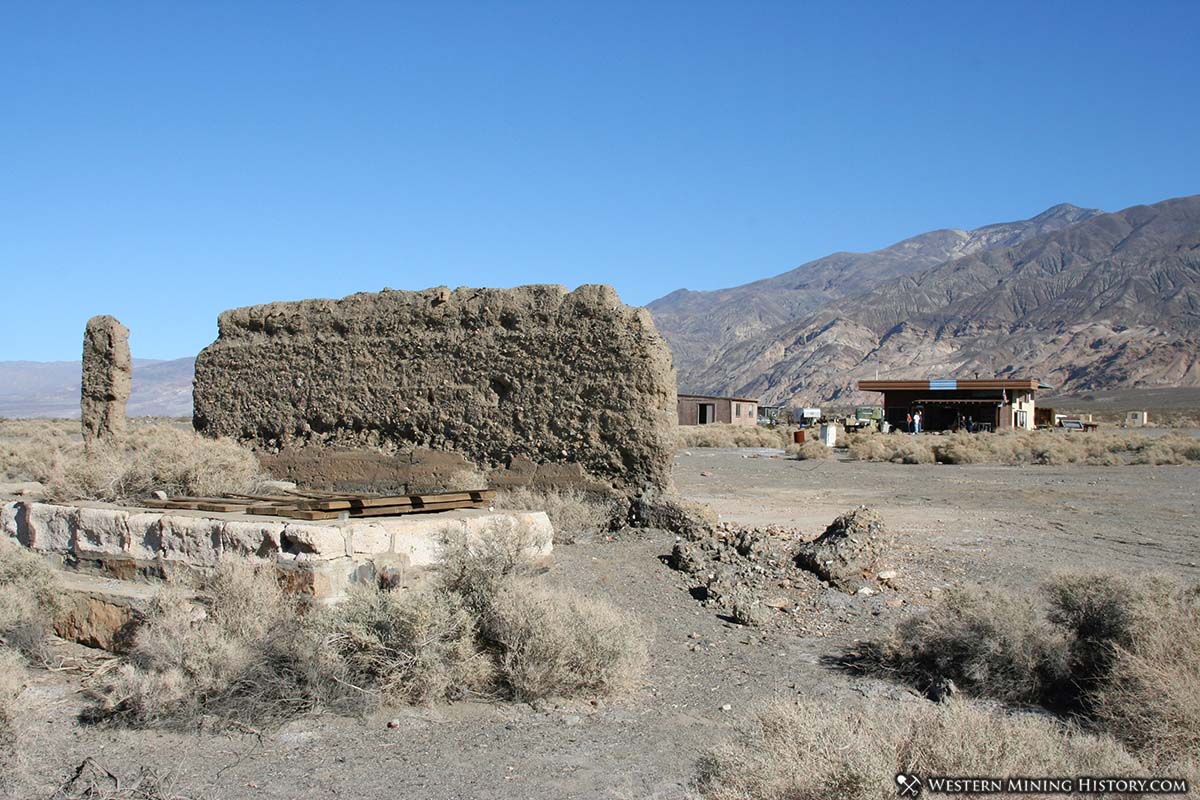 The local mining industry was experiencing an upturn in the late 1890s and the town of Ballarat was finally officially plotted and named in 1896. Ballarat took its name from a famous gold district in Australia.

Ballarat was a growing regional supply center, and by 1900 the town had a school, a post office, three hotels, seven saloons, but was reported to have no churches. The town was the "jumping-off point" for prospectors, and when mining rushes occurred in the region, Ballarat would swell with people looking to get in on the action. Up to 500 people called Ballarat home during the town's peak years between 1897 and 1905. 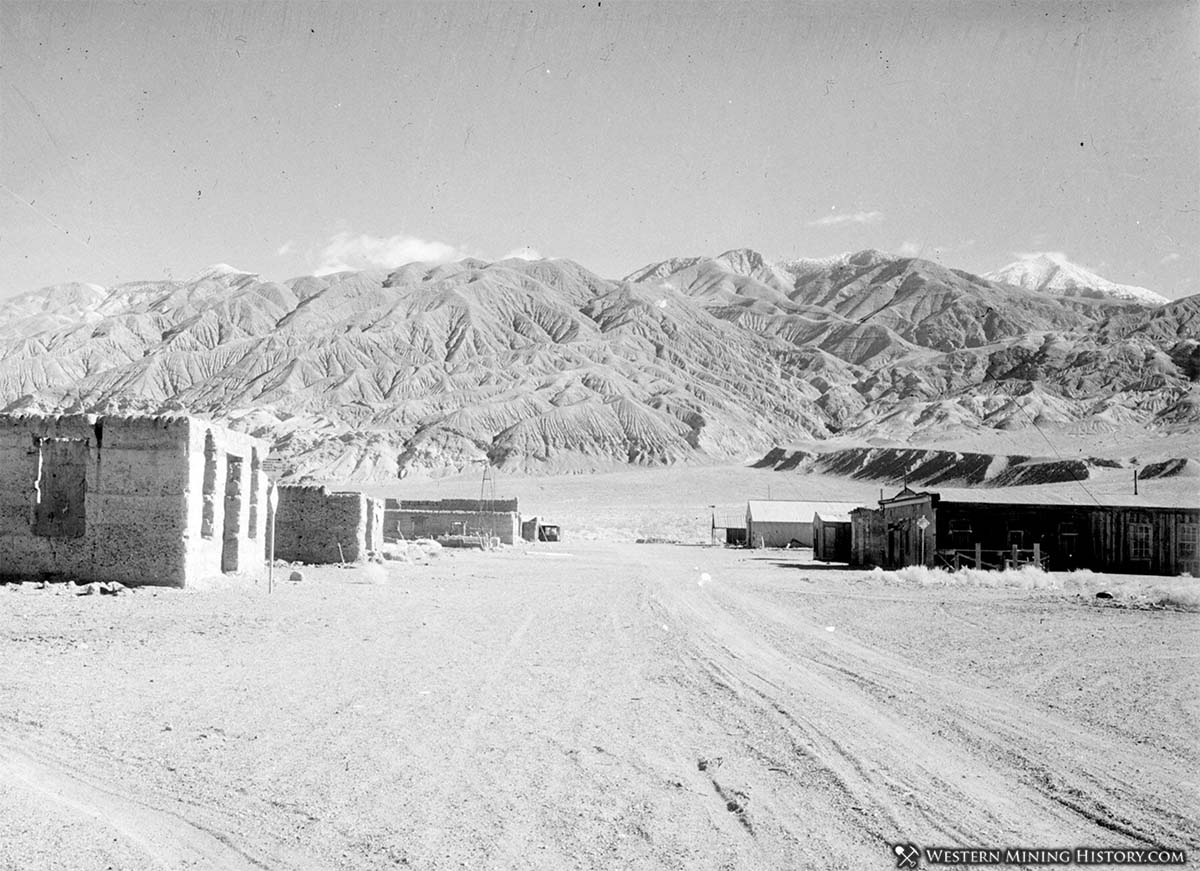 A 1902 article describes an excitement related to the discovery of niter deposits, and states that "already there are more than 400 men waiting at Ballarat for information as to which portion of the terrible desert is the best to rush to."

The mining districts in and around what would become Death Valley were better known for their lawlessness and isolation from society than for being civilized towns where families would raise their children. 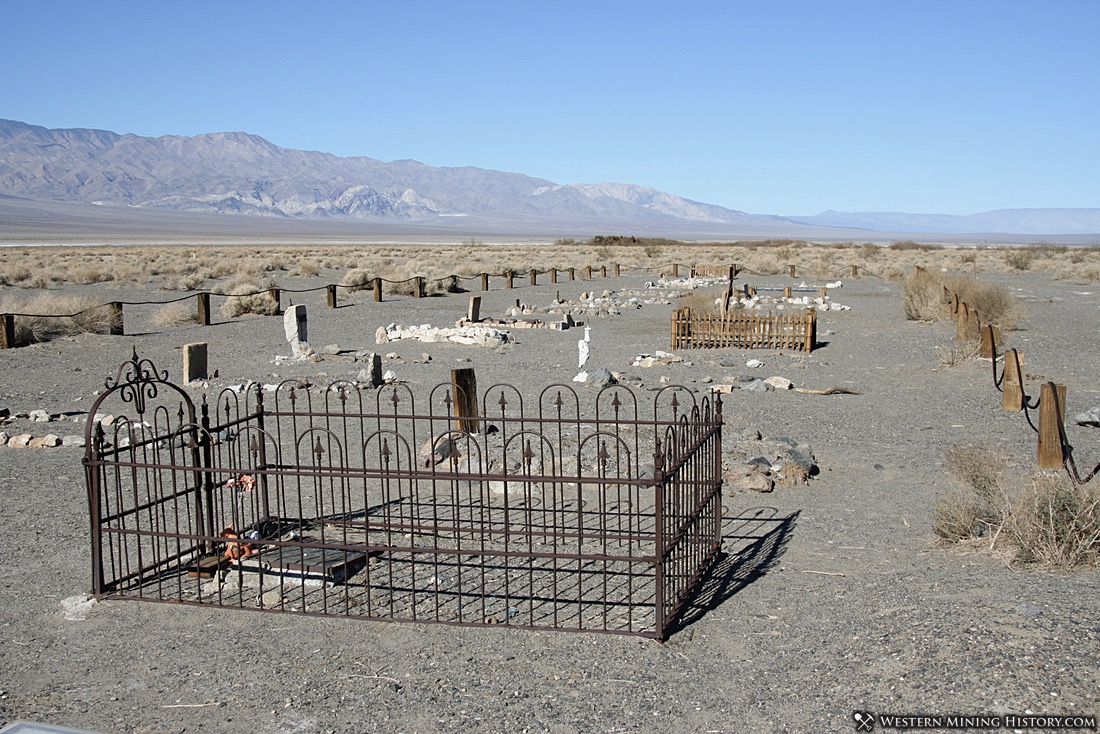 A 1906 newspaper article described Ballarat as "...the “jumping-off place” of the Mojave Desert, and the metropolis in miniature of the Panamint section, was displaying evidences of a new lease of life last December. It is a bizarre collection of adobe structures, Four or five prospectors per day were outfitting and leaving for the summits looming overhead, and meek-eyed burros disputed the right-of-way on every side. The inspiring thrill of a genuine mining “excitement” was lacking, however." 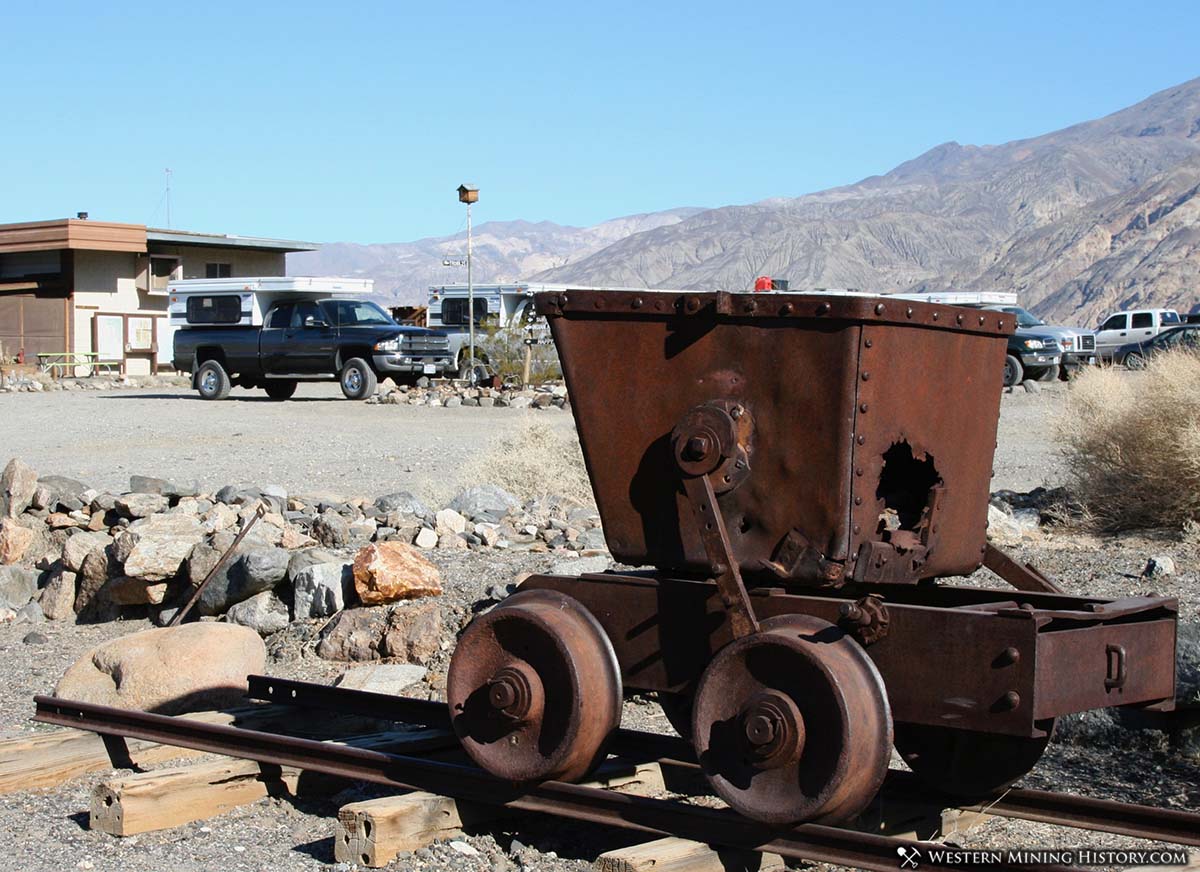 Ballarat began its decline when the nearby Ratcliff Mine closed in 1905. Many mines in the district were in decline during that decade and the town inevitably declined with them. The Ballarat post office closed in 1917. 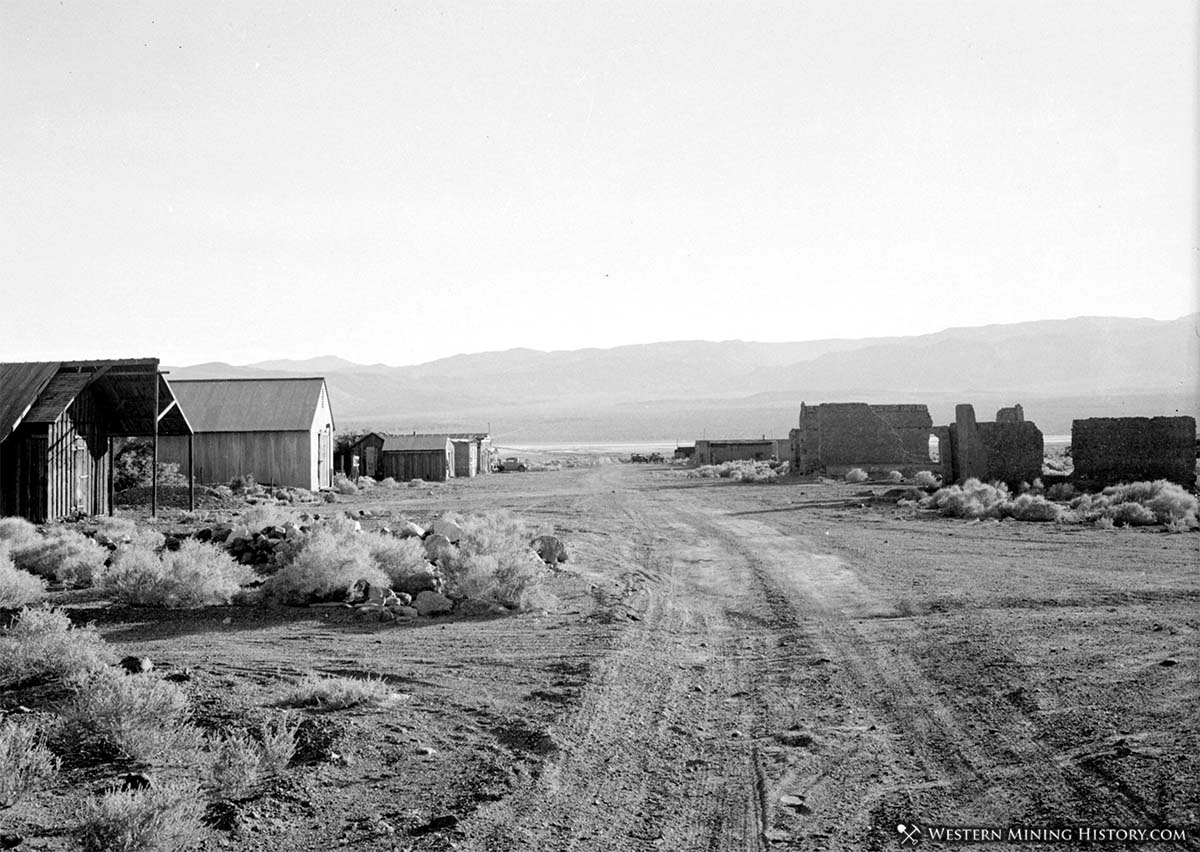 Although the post office closed in 1917, a handful of old prospectors continued to call Ballarat home. Shorty Harris, Death Valley's most famous prospector and discoverer of the famous Bullfrog district, lived in the town until shortly before his death.

Interest in Harris' life story peaked in his final years, and articles were written about him in newspapers like the Los Angeles Herald. A photographer took a series of photos in the early 1930s that captured Shorty at his mud and rock built home in Ballarat. 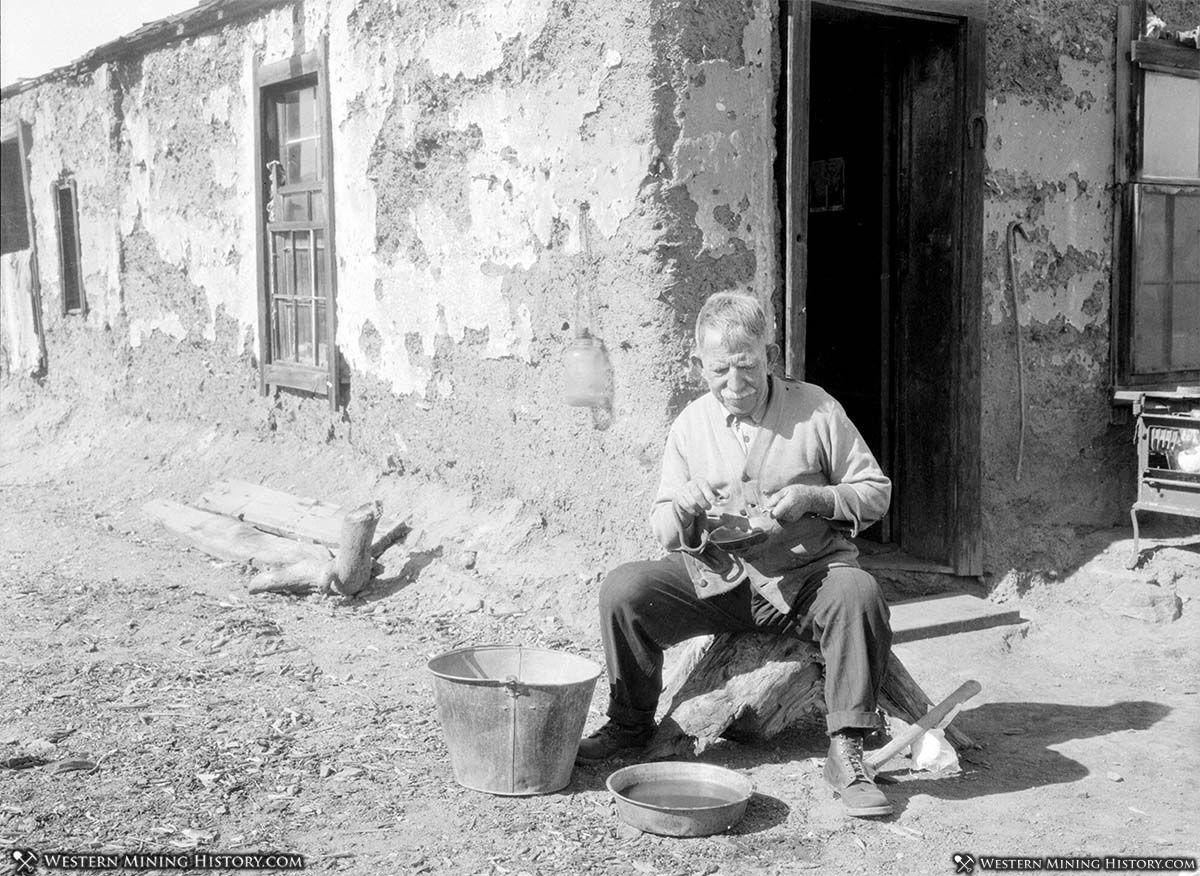 In the 1931 Los Angeles Record article Shorty says “I do some road work for the county, and earn enough to buy grub, and my rent doesn’t cost me a cent, because I live in the old schoolhouse and don’t have to pay any taxes. These old wheels of mine are pretty flat with rheumatism, but I’m still able to keep going and have a good time.”

Shorty spent his last months in the town of Lone Pine, where he died in 1934 at the age of 78. Read more about Shorty and his Bullfrog discovery at Shorty Harris and the Bullfrog Claim 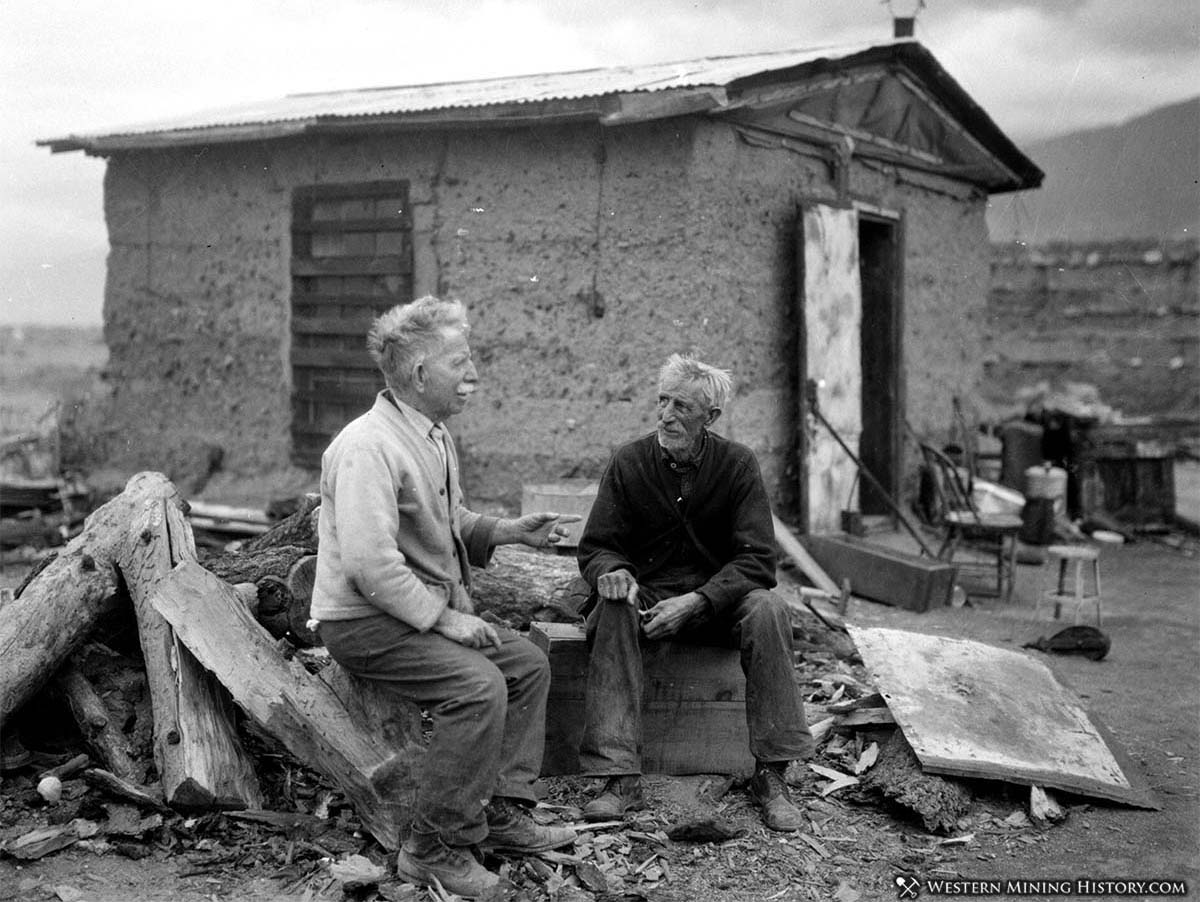 The Stukey Party From Goldfield (1905 Newspaper)
"The John Stukey party, consisting of John Stukey, C. W. McGrew, H. L. Hanson and D. C. Locke, of Goldfield, arrived in Ballarat a few days ago, having come overland by way of Bullfrog."