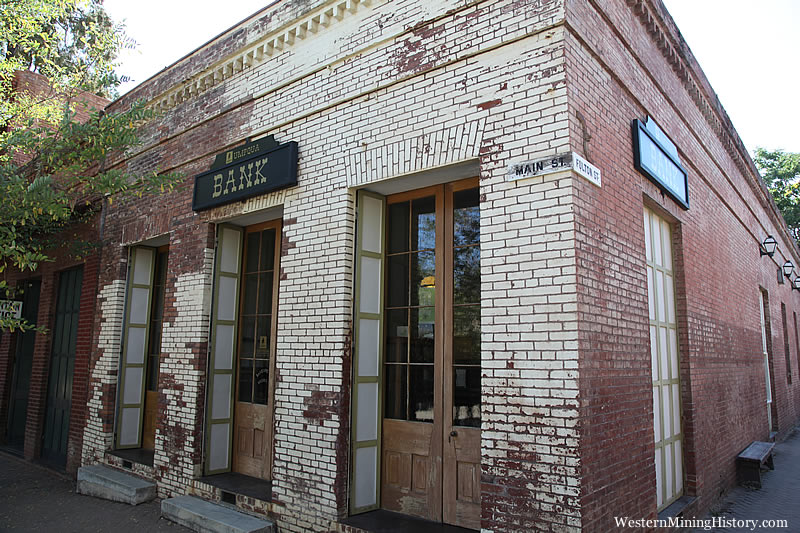 Within weeks of the discovery of gold in the vicinity of Columbia, thousands of miners arrived and the population climbed to 5,000. By 1852, there were 8 hotels, 4 banks, 17 general stores, 2 firehouses, 2 bookstores, 1 newspaper, 3 churches, and over 40 drinking/gambling establishments. In 1854, Columbia's first fire destroyed 6 city blocks. The town was rebuilt using brick and iron materials. In 1857, another fire burned down nearly everything else, except the brick buildings.

In 1851, the local community brass band, a popular institution, greeted the arrival of the first white woman in town.

The Columbia school house was built in 1860, renovated in 1872, and finally closed in 1937. In 1947, it was purchased by the state of California for $1 and incorporated into the state-historic park.

By 1860, the gold mined in Columbia was diminishing rapidly. The only land left to mine was in the city itself. Miners dug under buildings and tore down houses to get at the gold beneath the city. The nearby town of Copperopolis had discovered copper and was experiencing a boom. The bricks from the destroyed buildings of Columbia were sold to Copperopolis for construction purposes.

Columbia never became a ghost town. In 1945, California created Columbia State Historic Park from the remains of the historical buildings of the city.