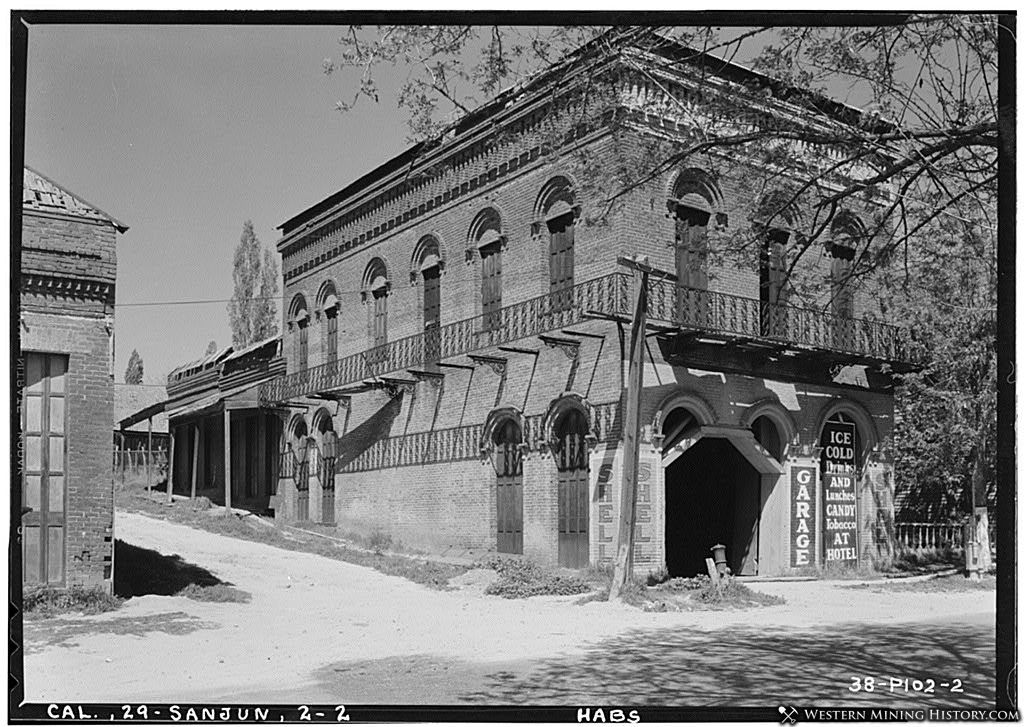 Gold was discovered in the area in 1853 and the town of San Juan was settled by miners that worked the local placer deposits. The town continued to grow through the 1850s and a post office was opened in 1857 under the name "North San Juan" to avoid confusion with another California community of the same name. 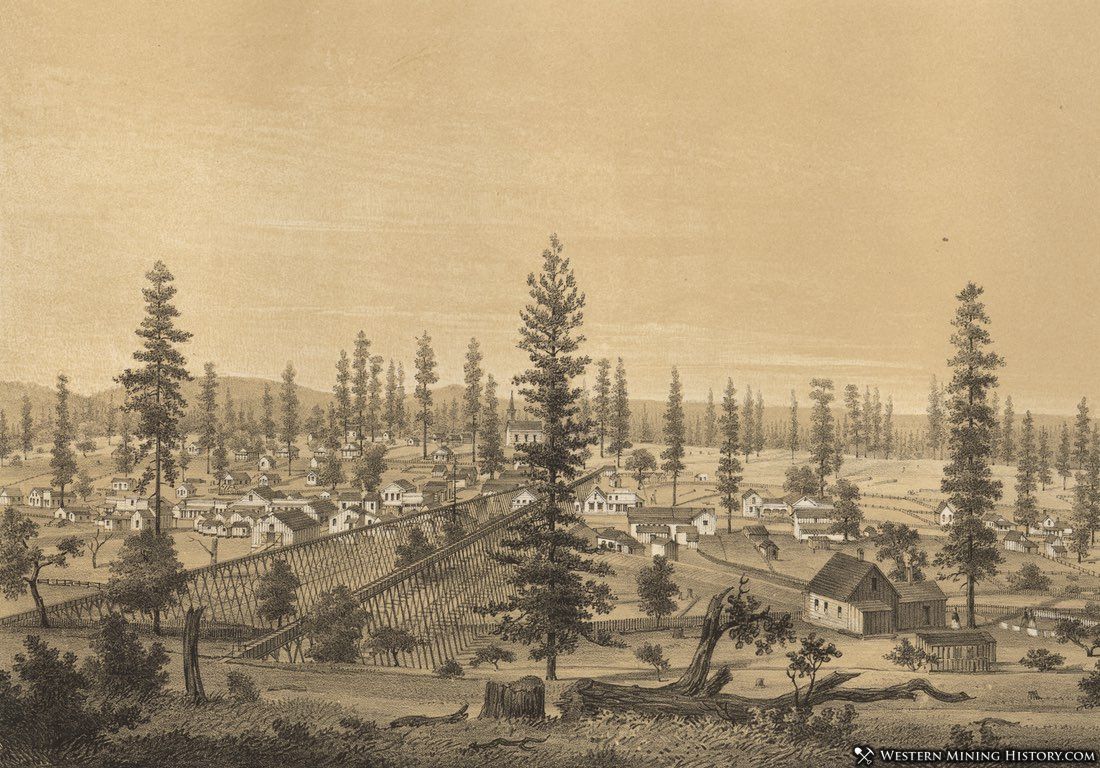 Illustration of North San Juan in 1858

By the late 1850s hydraulic mining became a major industry in the area and North San Juan prospered. The town was best known for the elevated flume that ran right through the center of town. Most sources state that it was a single flume, but an 1858 illustration shows two parallel flumes running built through town. 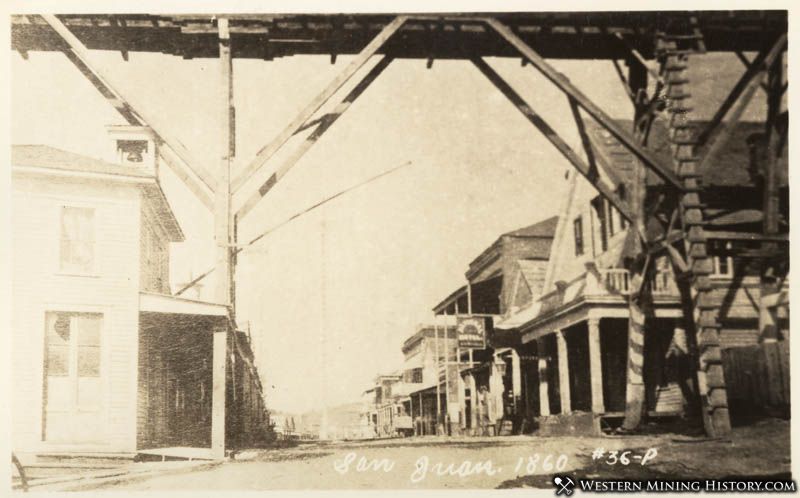 In 1859 a flume was built from the Bowman Lake area to the hydraulic mines around North San Juan. Several sources on the internet claim this flume was an incredible 300 miles long, but a simple look at a map indicates that it was more likely around 30 miles long, still an impressive feat of engineering at that early date in what was mostly wilderness.

By the end of 1860, North San Juan had over 50 businesses and was a booming and lively town. The prosperity lasted for over two decades but the decline of hydraulic mining in the 1880s ended North San Juan's prominence as a mining town. 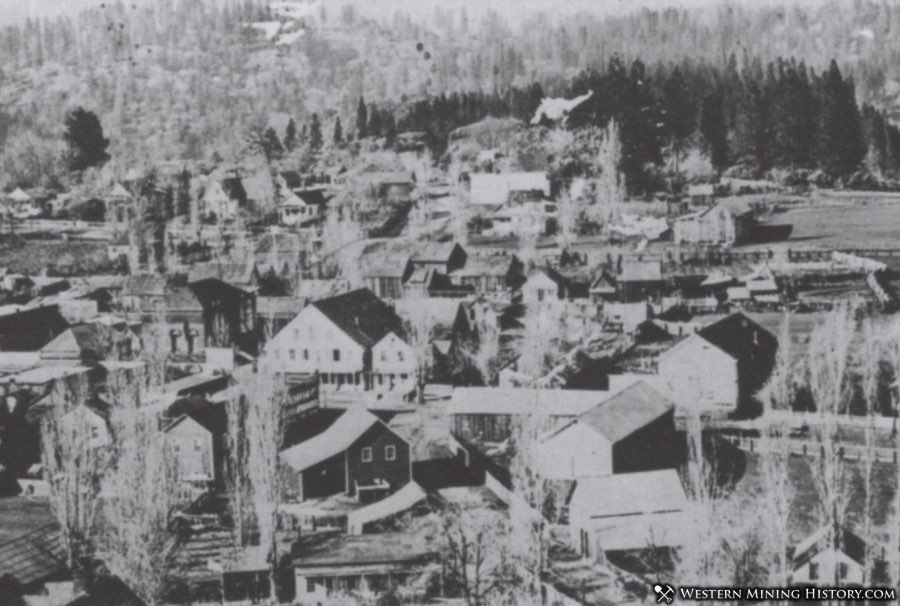 Starting in 1867, North San Juan became one of the first towns in the world to have long-distance telephone service. This first line was built between French Corral and French Lake (now Bowman Lake), and connected many early mining communities along its route.

The line was built on behalf of the Milton Mining and Water company which was one of the early flume operators in the area. It is interesting to think that the first long-distance telephone line in the world was built to service hydraulic mining operations.

An August 1880 edition of the Sacramento Daily Union summarizes some of the mining activity around the town:

"There is no quartz prospecting in the vicinity of North San Juan, the ledges that extend through the section being regarded as of too low grade to pay for working by the processes discovered thus far." 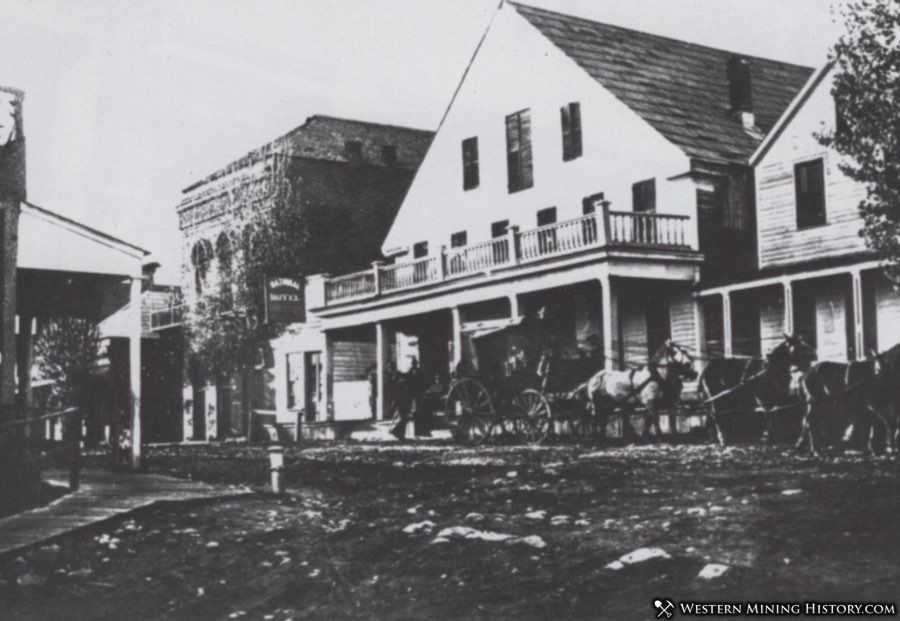 "There is brought to North San Juan and sold during each year from $150,000 to $200,000 worth of bullion from the smaller gravel claims along that part of the ridge. The product of the large mines is shipped direct to the Bay."

"American hydraulic claim is situated about a mile south of North San Juan, and employs some 45 men. It has been in operation for nearly a quarter of a century past, yielding large amounts of gold, and is likely to be a producer for a generation to come, as there is yet a large portion of the ground unworked."

North San Juan declined for many decades but was never completely abandoned. Today a few historical buildings remain in a community of around 300 people.