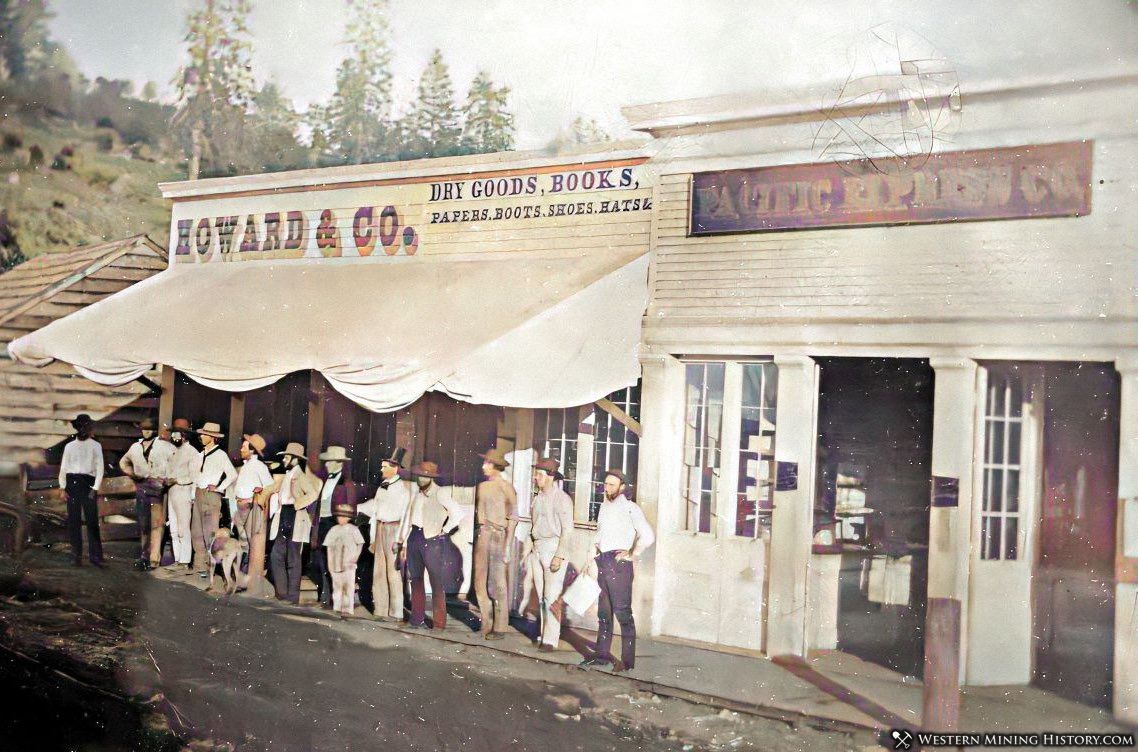 Rough and Ready was settled in 1849 by a group of prospectors from Wisconsin who had headed west after news of Marshall's 1848 gold discovery in California. The party had named themselves the Rough and Ready Mining Company in honor of General Zachary “Old Rough and Ready” Taylor.

Upon arriving in California and discovering gold, they established the town of Rough and Ready at the discovery site, and began what would be a lucrative placer operation. 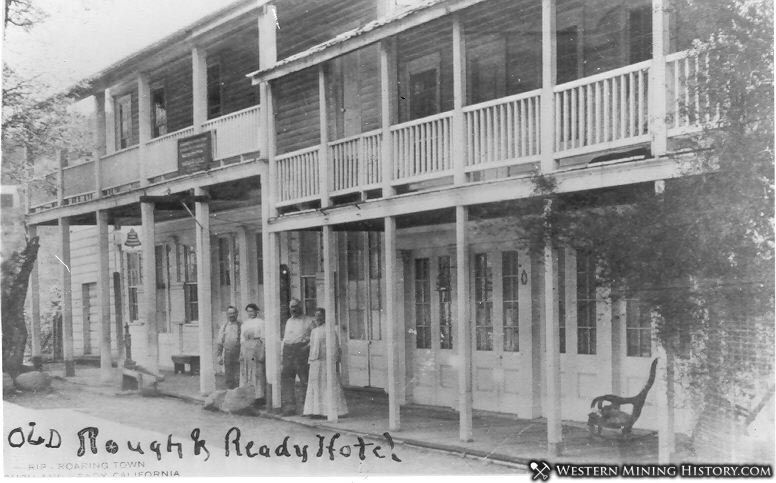 Undated photo of the Rough and Ready Hotel

Rough and Ready gained notoriety when it seceded from the Union in 1850 and formed the "Great Republic of Rough and Ready". It wasn't long before the town's people reportedly voted to rejoin the Union after realizing that the independent republic would have nothing to celebrate on the Fourth of July.

Rough and Ready became a boom town in the 1850's with a peak population of over 3,000. Several disastrous fires repeatedly destroyed the town during this decade, but the diggings were rich and so the people rebuilt each time. The last big fire was in 1859, and by this time the placers were declining and the desire to rebuild was waning.

Many citizens of Rough and Ready moved on to greener pastures, and the town began the long decline into obscurity.

Today Rough and Ready is an unincorporated community with a few remaining historic buildings.

Gold Placers at Rough and Ready

Newspaper articles from the town's gold rush days describe a district where miners were well-rewarded for a day's work. An 1852 article states "The miners in and about Rough and Ready, are generally doing well. They are making from $6 to $10 per day as an average."

An article from 1853 describes the mining scene at Rough and Ready:

The Randolph Mining Co. took out of one sluice this day, Nov. 23d, one thousand dollars, the work of five men for the day. One lump was found in the sluice weighing forty-four ounces. This is the third lump found by this company within two weeks, the smallest of which weighed over two hundred dollars.

The mining in this section is in its infancy. The whole country is saturated with gold; and all that is necessary to develop the same, is the scientific wielding of the pick and shovel.

Thousands of fortunes have been made in and about Rough and Ready, and a thousand more are bound to be made. But these are reserved for the determined and persevering miner, who, after having put bis hand to the plow, never looks back; while the hanger-on, loafer, drone, and gentlemen blood-suckers are whining around because they cannot fatten upon the hard earnings of others.

The following map from the WMH Gold Explorer shows historic mine records and modern active placer claims around Rough and Ready.

There are only a few active placer claims, all located to the southeast of Rough and Ready.