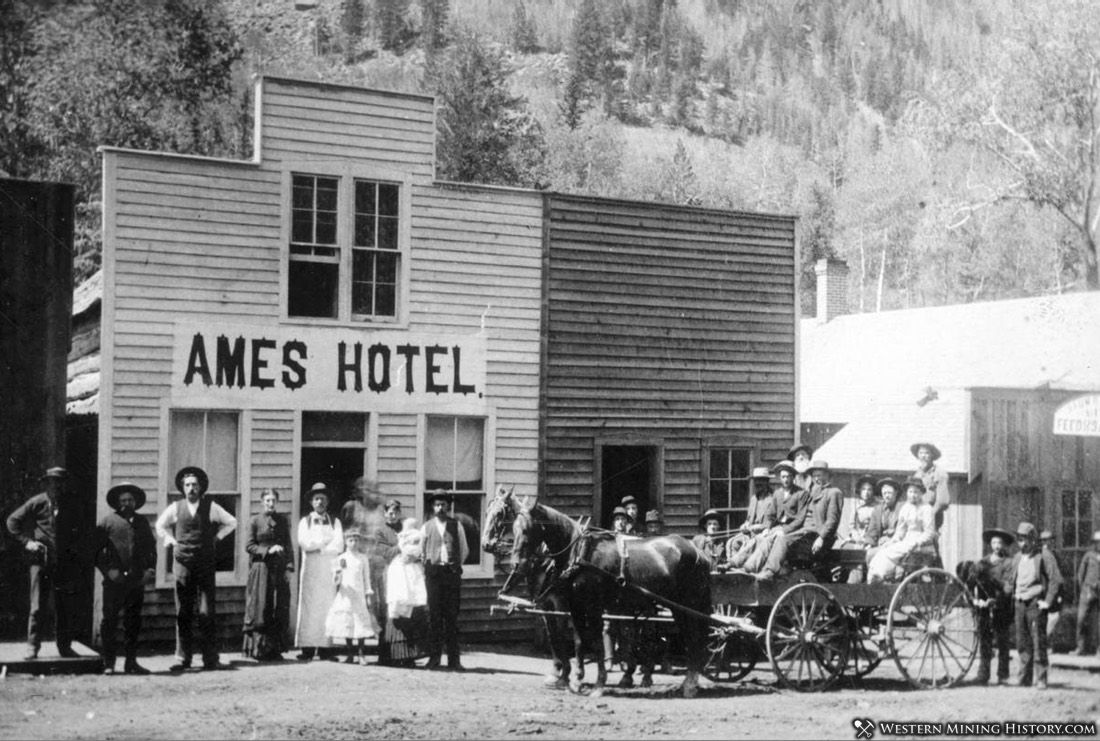 The settlement date of the town can be approximated as the 1880 establishment of the post office. What went on in Ames between 1880 and 1890 was not well documented. The mines near Ames are primarily gold and silver producers and the town was the site of at least one large mill.

The Ames hydroelectric plant was built starting in 1890 to provide power to the Gold King Mine and mill. Most of the trees in the area had been harvested by 1890 and the cost to transport wood to the area to power the mines was becoming prohibitively expensive. 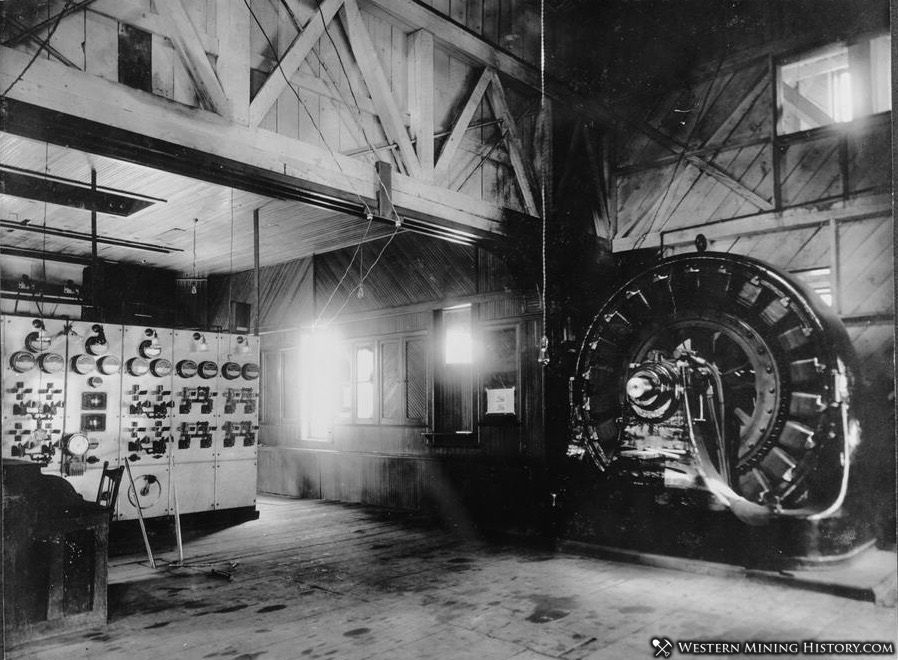 Interior of the Ames Power Plant 1895

The power plant was designed and manufactured by Westinghouse Electric, and installed on the San Miguel river at Ames. The plant began operation in June of 1891 and is still generating power today.

The Ames post office closed in 1922 although there must have been at least a few residents continuously to keep the power plant in operation.