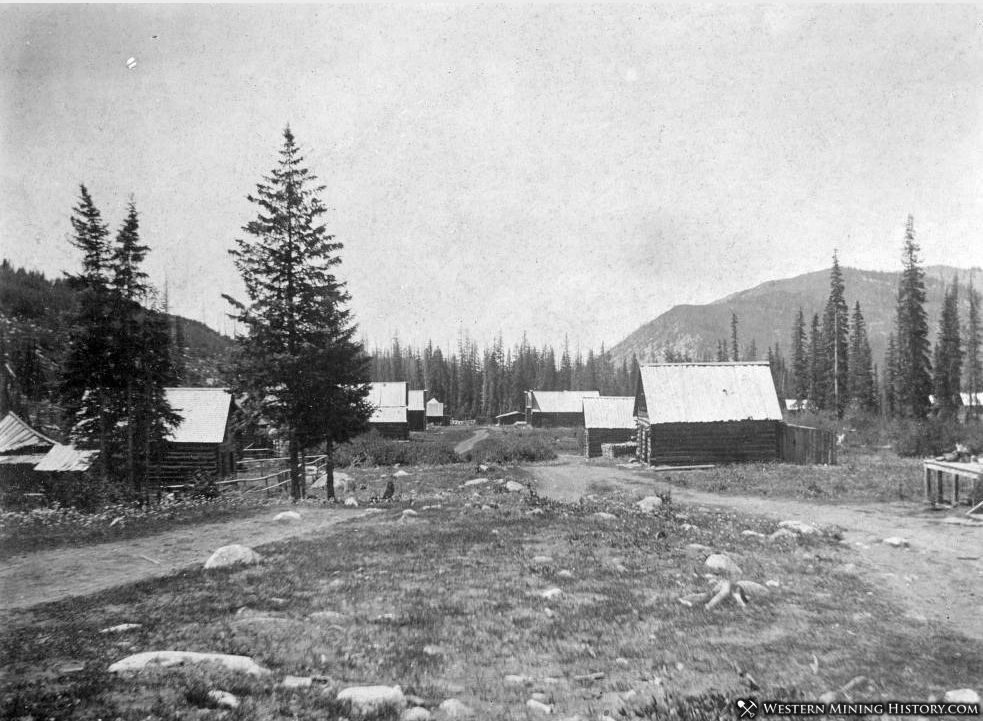 Ashcroft originally known as Castle Forks City and then Chloride until 1882, was a mining town located ten miles south of Aspen. A few buildings remain standing as a testament to the town's past.

In the spring of 1880 two prospectors, Charles B. Culver and W.F. Coxhead left the mining boomtown of Leadville in search of silver deposits in the Castle Creek Valley. Silver they found and Coxhead promoted their discovery with zeal back in Leadville. When he returned to "Castle Forks City," as it had been dubbed, he found that 23 other prospectors had joined "Crazy Culver." Together the men formed a Miners' Protective Association, built a courthouse and laid out the streets in Ashcroft in just two weeks. Each of their association's members paid a $5, or one day's work, and $1, to draw for building lots. In all there were 97 members in the Ashcroft Miners' Protective Association.

The town was renamed Ashcroft in 1882 after a rich ore strike was uncovered in Montezuma and Tam O'Shanter Mines. The mines were partially owned by H.A.W. Tabor of Leadville mining fame. Reportedly, Tabor and his second wife visited Ashcroft in 1883 and hosted a grand ball and banquet. Tabor also reportedly bought rounds of drinks for everyone in each of the town's 13 saloons.

The same year that Tabor visited Ashcroft the town population had risen to around 2,000. Ashcroft was also home to two newspapers, a school, sawmills, a small smelter and 20 saloons. At this point in its history the town was larger than Aspen and closer to the railroad in Crested Butte.

The silver deposits that Culver and Coxhead initially discovered produced 14,000 ounces of silver to the ton at their onset. This production, however, was short-lived as the deposits were shallow. Though there were promises of a rail line to Crested Butte the promises never materialized and investors and workers were lured away to places such as Aspen. In 1884 another rich strike was discovered, this one, however, was in Aspen. This led to the end of the prosperity in Ashcroft as people began moving to Aspen.

By 1885 there were only 100 summer residents and $5.60 in the town coffers. By the turn of the 20th century, only a handful of aging, single men lived in Ashcroft. Though they all owned mining claims they spent most of their time fishing and hunting or reading and drinking in a local bar. The men traded stories for drinks and served as an informal employment agency, matching up men with the sporadic remaining work at the mines. Every four years the remaining citizens would hold municipal elections and choose officers from amongst themselves.