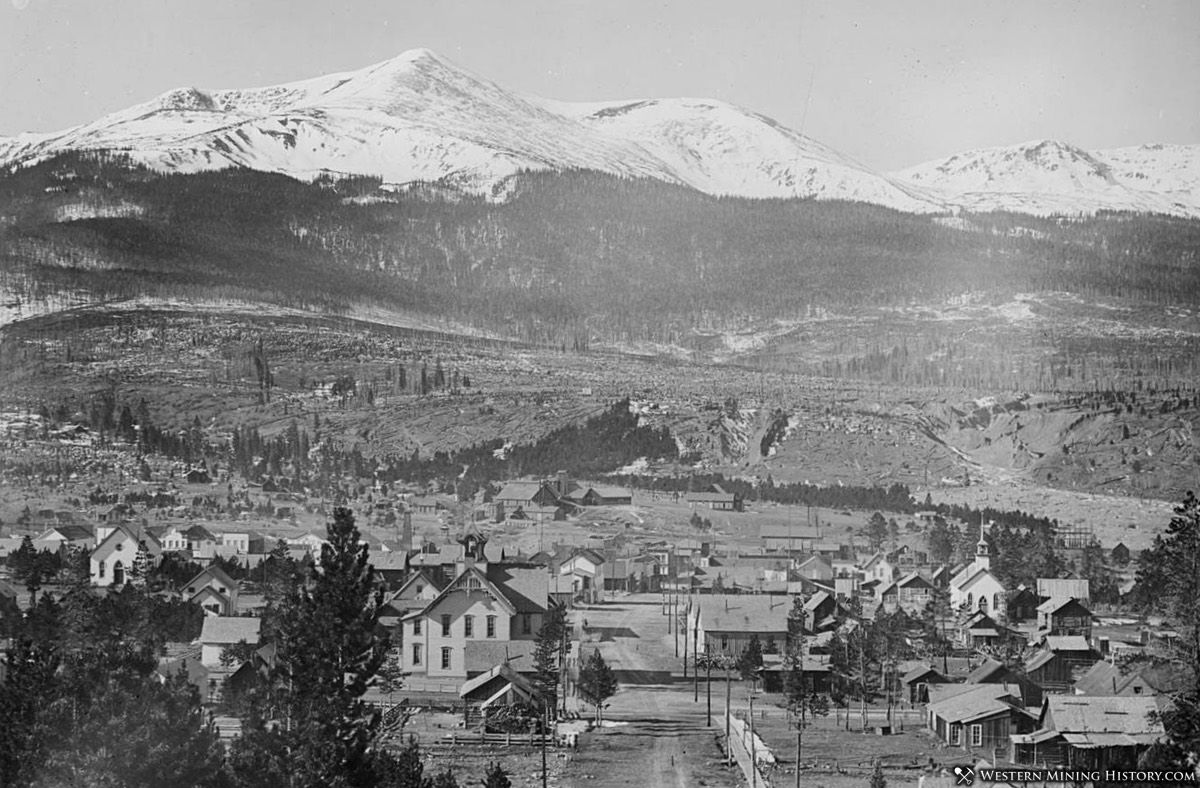 In August 1859, during the Pike’s Peak gold rush, George Spencer along with 28 other men and one woman, entered the Blue River Valley approximately 100 miles southwest of Denver. This group, made up mostly of Southerners, were the first recorded white people to step foot in the valley since famed explorer John C. Fremont passed through in 1844.

They started mining on what is now called Georgia Gulch, named after the state in which the majority of the miners were from. When news of their gold find reached the other camps around 1,000 people flocked to the area. 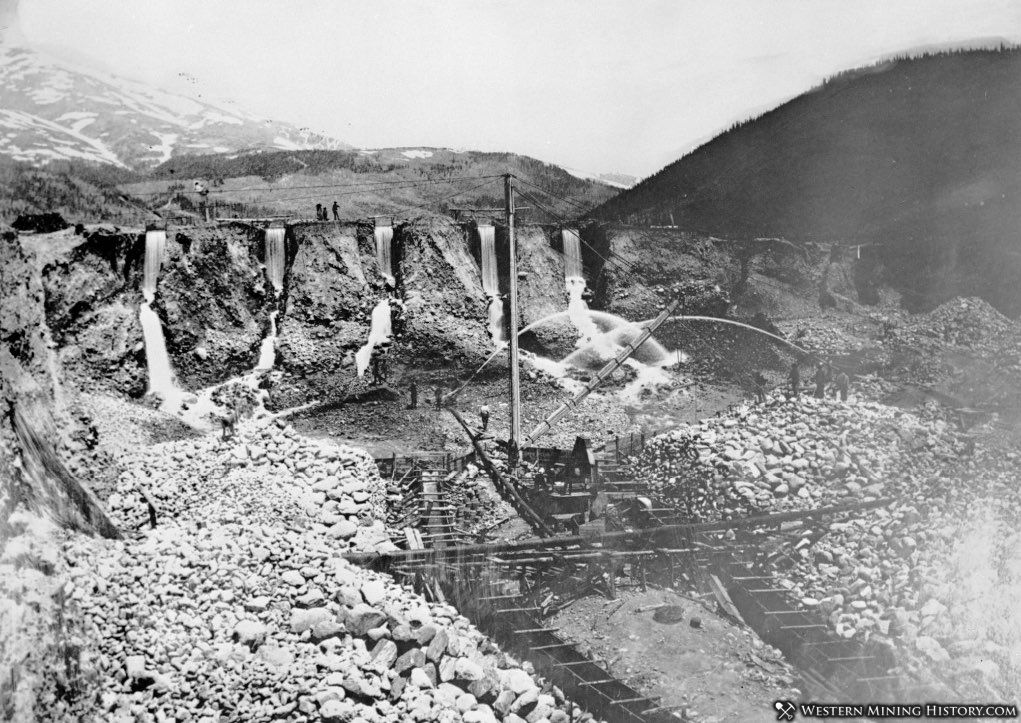 The mining camp that sprung up near Georgia Gulch was called Parkville. It had everything a mining camp needed; saloons, dance halls, and a theatre. When winter set in most of the residents fled to better climes.

Twenty-nine people, perhaps the original founders, stayed on to whipsaw boards for sluice boxes and stockpile house boards to sell to new arrivals in the spring. Since they were in the heart of hostile Ute territory, they built a log blockhouse which they named Fort Mary Bigelow after the one woman that stayed with them. 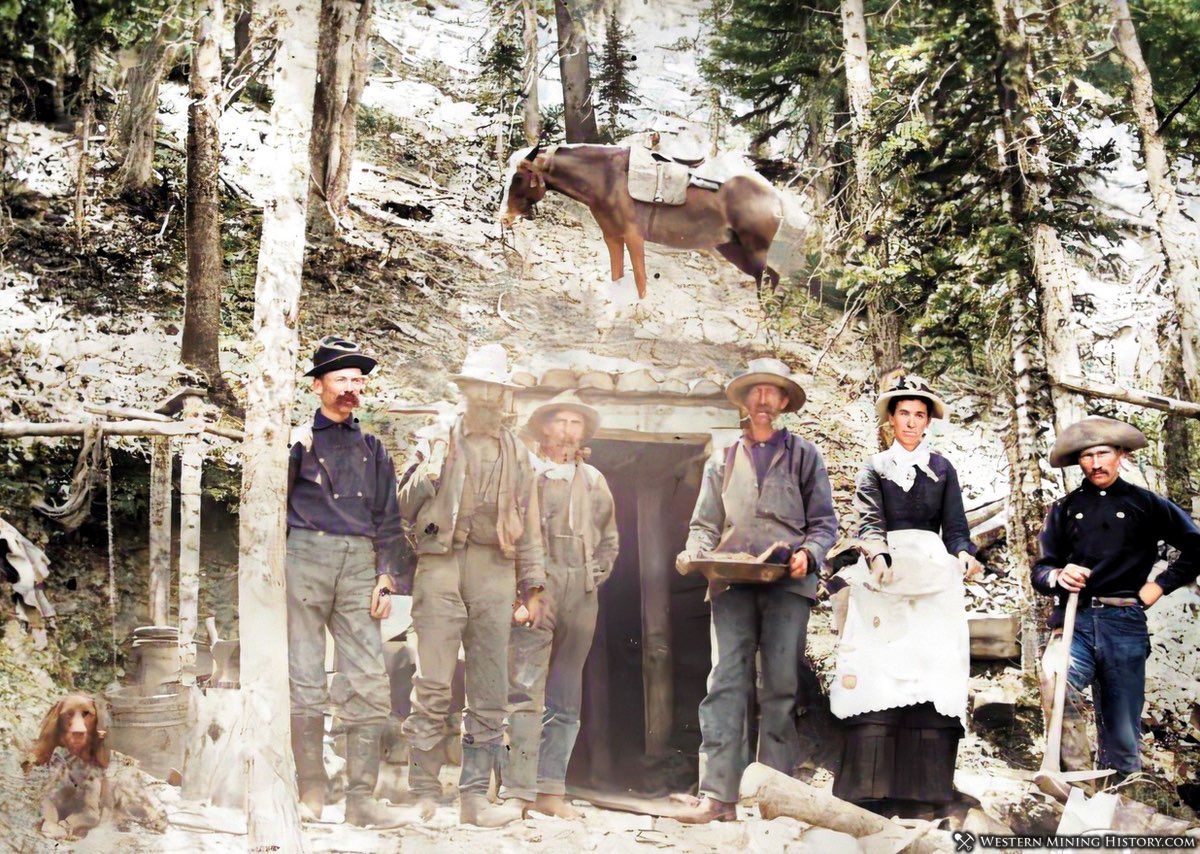 By midsummer of 1860 some 8,000 people came to the valley to seek their fortune. Mining camps were set up at several gulches in the area, and a townsite central to the various mines began to be planned by George Spencer. 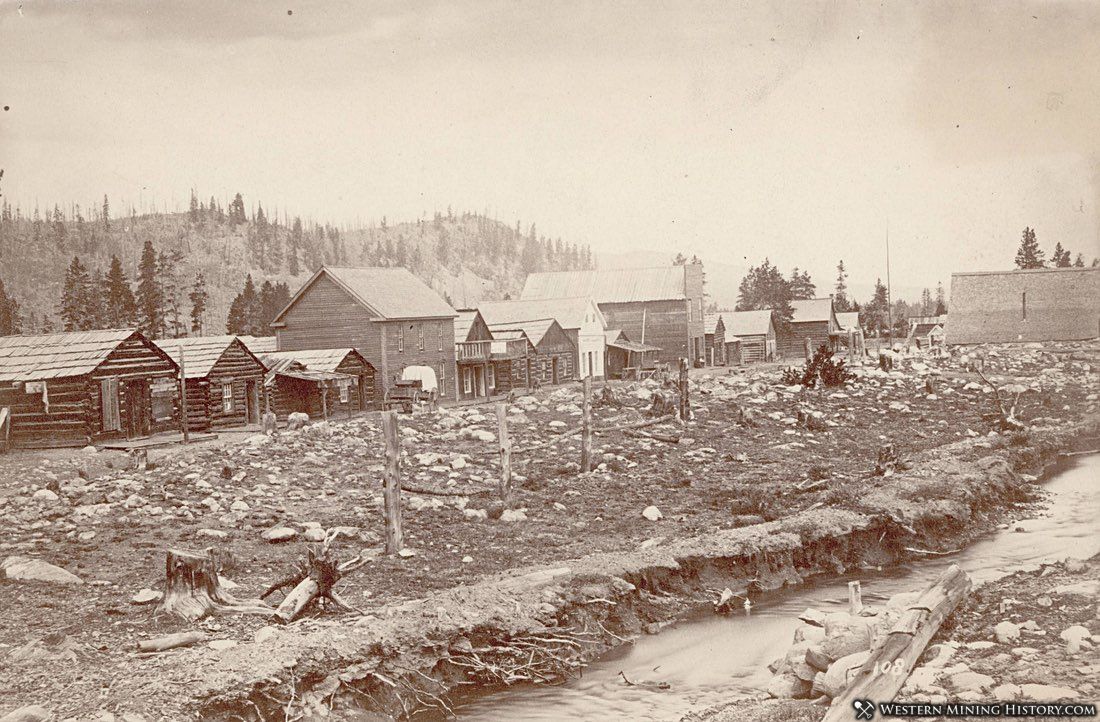 A popular story says that the town was named for John C. Breckinridge, Vice President of the United States, and later Presidential candidate running against Lincoln in 1861. Spencer supposedly picked the name to gain favor of the Vice President, and maybe pull some strings to get a post office for the new town. Later the town decided to change the spelling of the town to Breckenridge to avoid associations with the Southern Democrat and later Major General in the Confederate Army.

A competing story, although less known but perhaps more plausible, is that the actual eponym of the town is Thomas E. Breckenridge, one of the original group of 30 to mine in the valley. 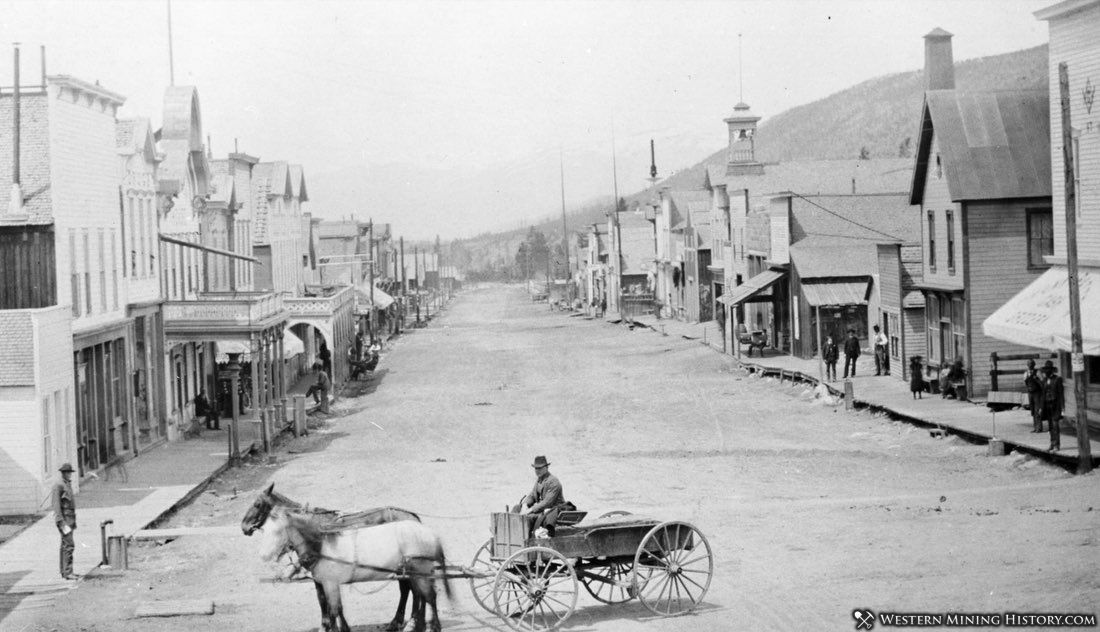 In 1862, some enterprising citizens of Breckenridge decided their town was more deserving of the county seat then their neighbor Park City. One night they rode to Park City, made a “midnight requisition”, and hid the county documents in an undisclosed log cabin. Naturally the citizens of Park City were not pleased, but in a few months their ire calmed down and Breckenridge citizens retrieved the documents and began to set up county offices in their town.

1869 brought another bold venture by residents of Breckenridge. “Captain” Sam Adams decided he wanted to see if there was a way to navigate the Colorado River all the way to the Pacific Ocean. Assembling four boats and ten men, the expedition made it about 150 miles downriver before losing all of their boats. This misadventure was jokingly referred to by townspeople as “The Breckenridge Navy”. 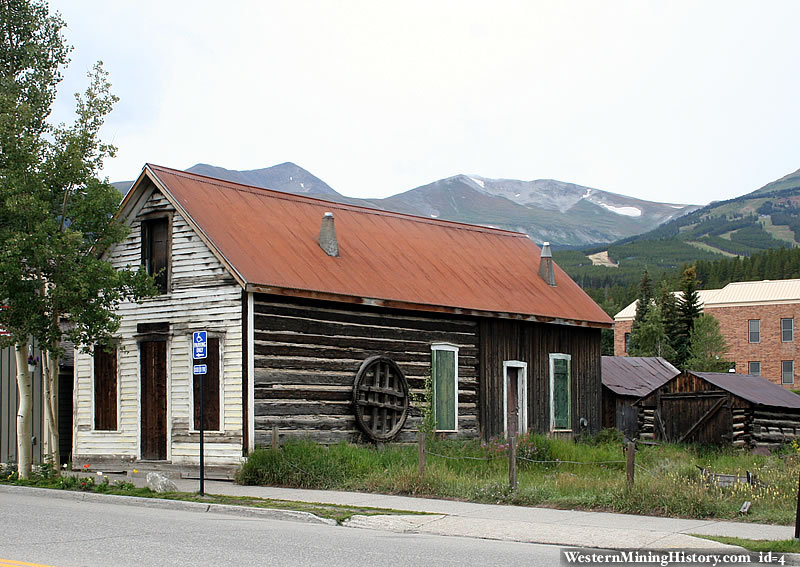 Through the 1860s gold was the primary metal coming out of the Breckenridge district, but the 1870s brought a short silver boom. In 1887, two local miners, Tom Graves and Harry Lyton found a 13.5 pound gold nugget, one of the largest ever discovered at the time. They nicknamed it “Tom’s Baby”, and it is currently on display at the Colorado Museum of Natural History in Denver.

The Railroad Finally Arrives at Breckenridge

Breckenridge had been a mining town of some significance for over two decades without a rail link to the outside world. The railroad finally arrived in Breckenridge in 1882 when the South Park and Pacific Railroad company finished laying rail over the pass. 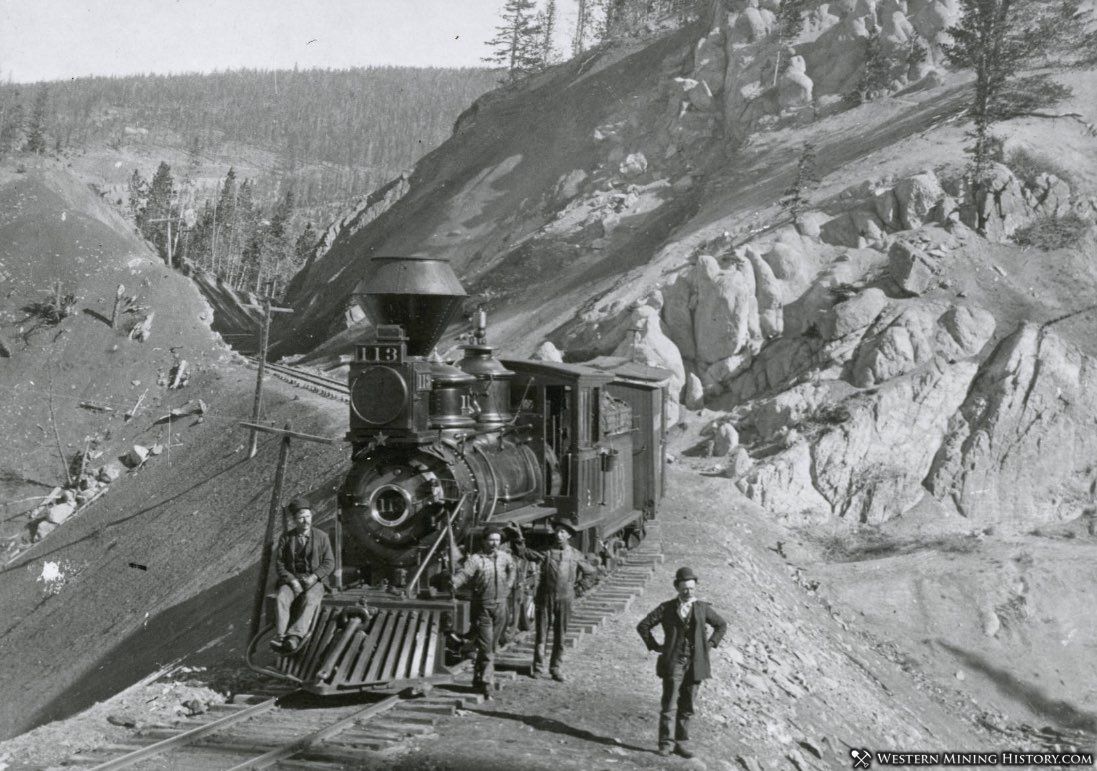 During the harsh winter of 1899 the trains could not run. The snow was so deep in town that residents had to dig tunnels to get around. On February 5th, the last train pulled out of the station, and would not return for 79 days leaving townspeople to figure out how to get supplies.

Hardy men were forced to snowshoe over the pass to retrieve whatever supplies they could carry on their backs. One man froze to death in this endeavor. When the train finally did arrive at the end of April the whole town came out to see it pull into the station carrying sacks of overdue mail and much needed food. 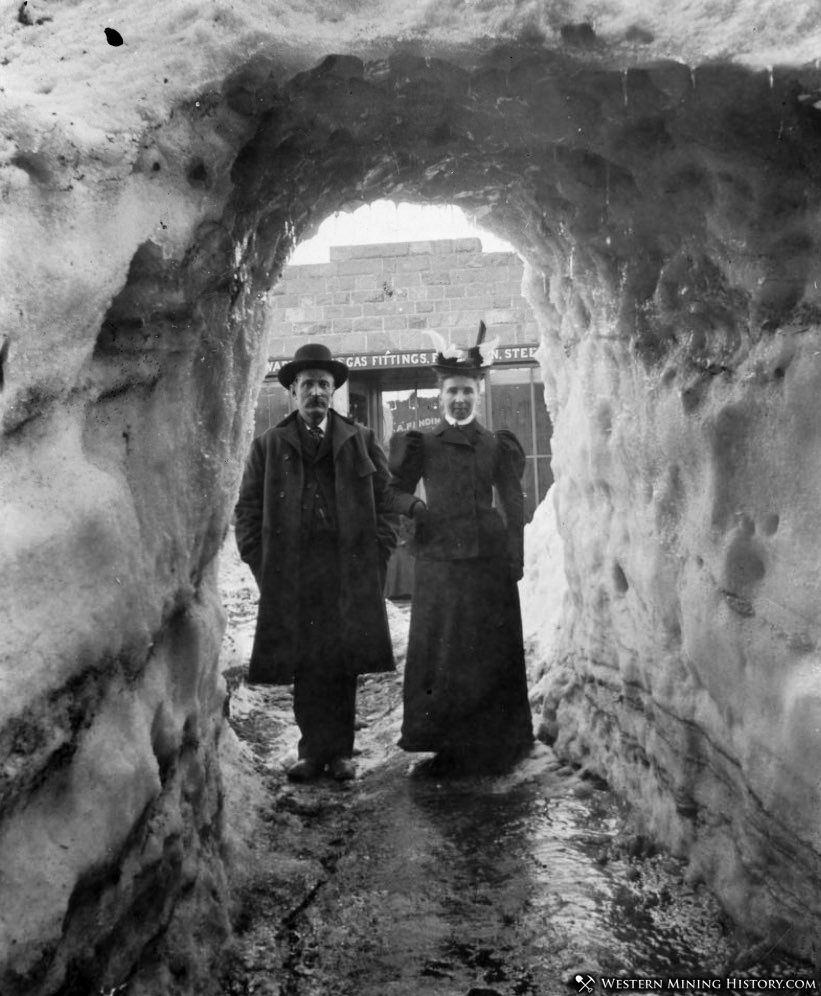 Snow Tunnel at Breckenridge during the big winter of 1898-99

Mining in the Breckenridge district started with rich placer gold mining which evolved into elaborate hydraulic operations. Later, as the gold was traced to its source and lode deposits were discovered, hard rock mining also became important. Some of the hard rock mines also produced silver, lead and zinc.

By the 1890s most of the placer mines had been worked out. The gold mining industry was revived in 1908 with the arrival of the gold dredges. Dredges pulled around $20,000 of gold a week out of the ground during this time. No ground was safe, even the very towns where the miners lived. By 1909 four gold dredges were operating in the district. 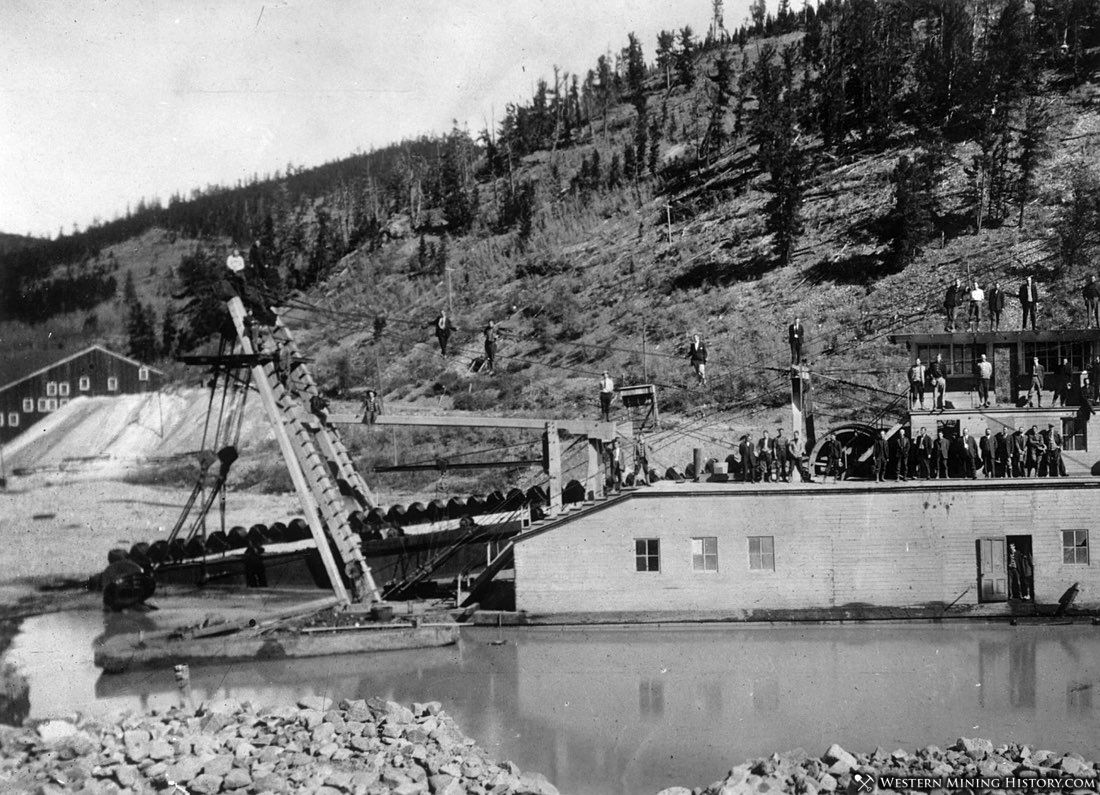 A nearby town called Valdora was abandoned and dredged, leaving nothing of the original townsite. During the Great Depression the town fathers of Breckenridge even allowed the Tiger #1 Gold Dredge to chew up a good portion of Main Street.

Ultimately the Breckenridge district would be credited with production of more than a million ounces of gold. Some of this gold was a byproduct from silver-lead-zinc ore, but the majority of it was a product of the extensive placer mines and dredging operations that operated between 1860 and the 1930s. 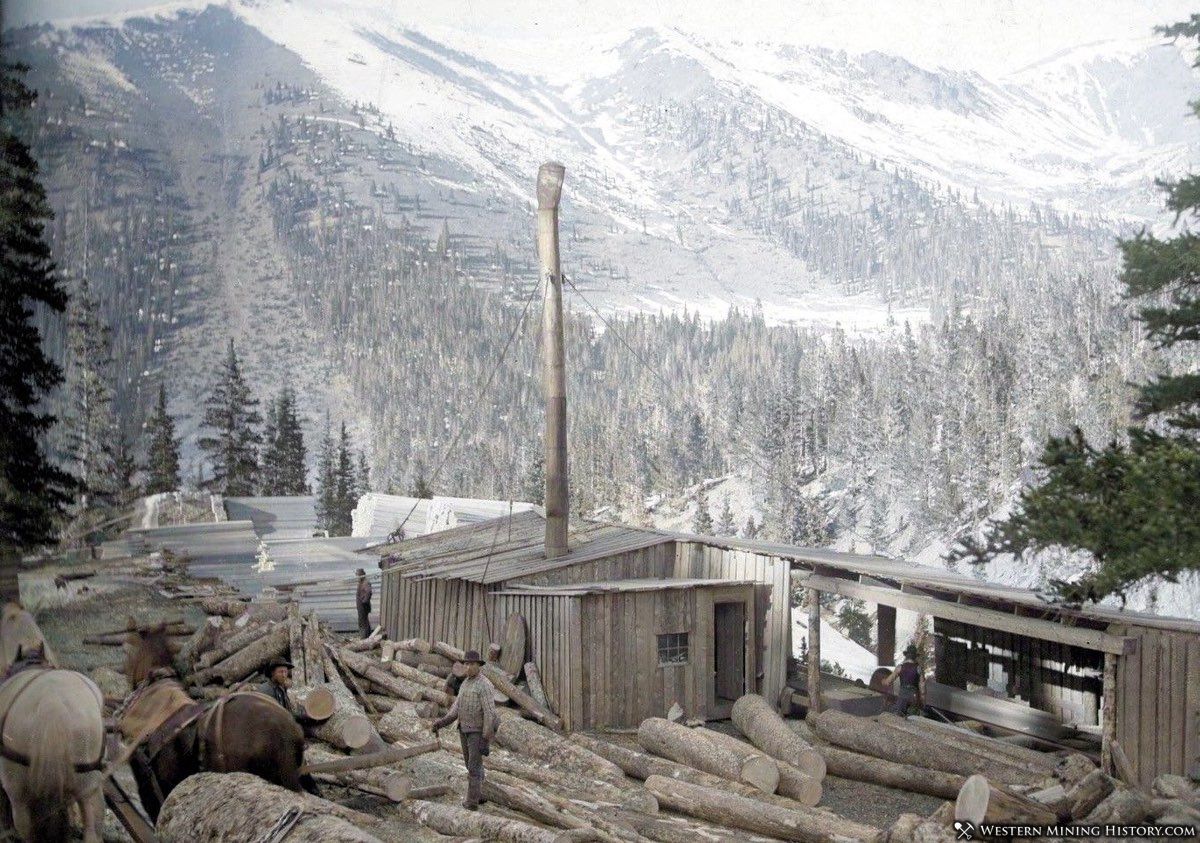 Wapiti Saw Mill at Bull Creek near Breckenridge, Colorado (colorized). This appears to have been a sawmill used to supply wood to a mine of the same name, although info on this particular mine is difficult to find.

The dredges left piles of tailings in their wake, which are still visible all around town. The dredge era would come to a close during World War II, and the town’s population dwindled to 254 people.

After almost becoming ghost town, Breckenridge came back into style when the skiing boom hit Colorado. The Breckenridge Ski Area was opened for business in December 1961, and the Eisenhower Tunnel was completed in 1973 which shortened the drive from Denver. 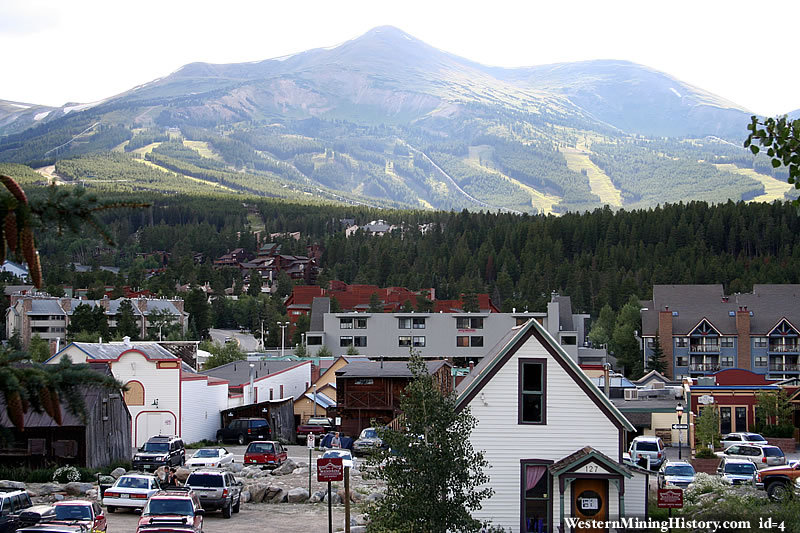 Cycling, golf, hiking, snowshoeing, and skiing have become big business in the town, bringing in thousands of visitors a year and “Breck” as it is known to locals has a permanent population of 5,020 people. 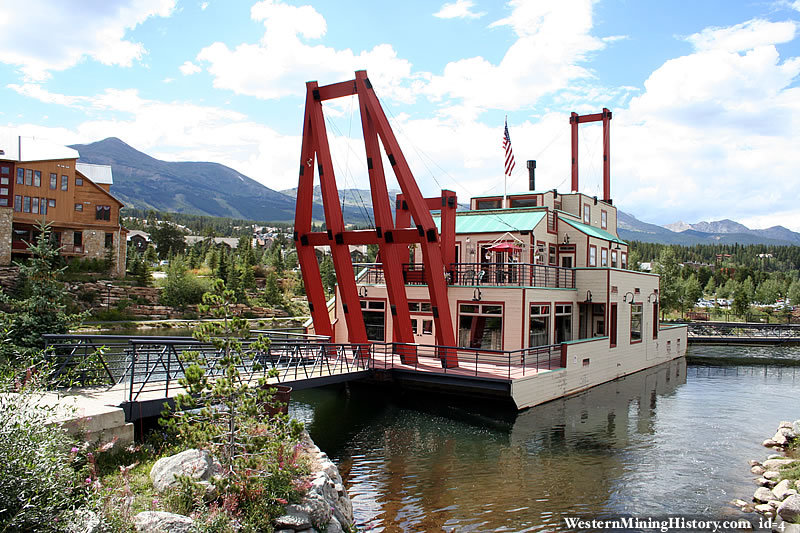 A throwback to the history of the area that draws visitors is the Dredge Restaurant. Floating above the remains of an old sunken dredge, the upscale eatery is a full size replica that bills itself as “The World’s Highest Floating Restaurant”.