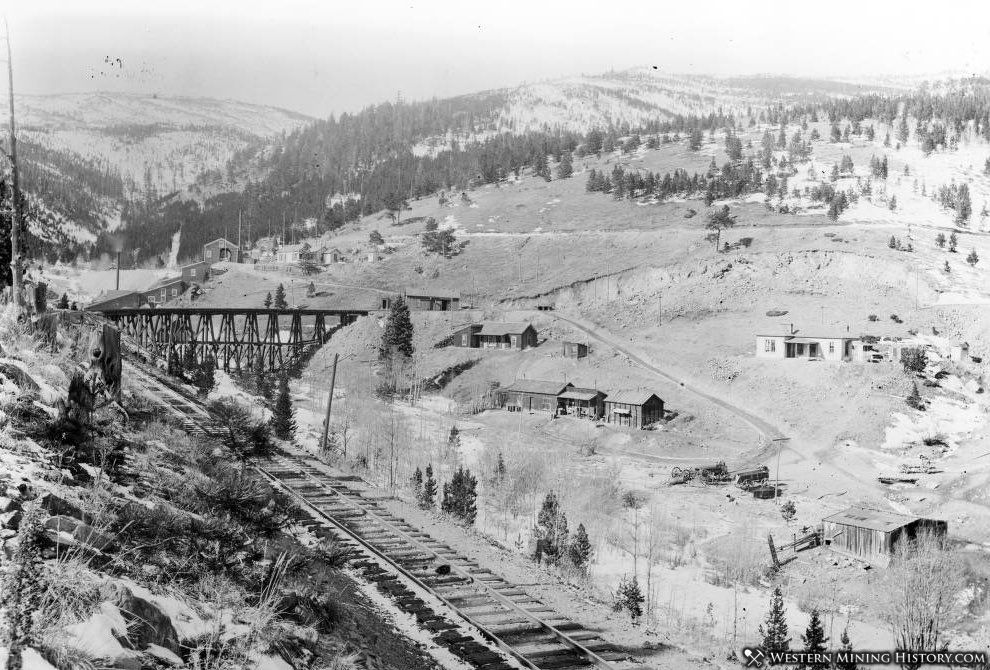 Cardinal was settled in 1872, two years after nearby Caribou got started. Cardinal was initially settled as a mining camp on the "Boulder County Vein", a rich gold and silver deposit.

While Cardinal may have started as a simple mining camp, it gained notoriety as a center for saloons, gambling, and brothels for the district. The founding fathers of Caribou were opposed to these activities in their town, so enterprising saloon owners and madams opened their businesses a couple miles away at Cardinal.

Around 1900, the town shifted to the site of a new mine tunnel and mill and became known as New Cardinal. The photo above shows this newer settlement on the route of the Switzerland Trail railroad line. Also visible in the photo is the Cardinal Mill, which still survives at the town site and has been recently renovated for historical preservation purposes.

The tungsten content of the local ores, previously thought to be useless, became valuable just after the turn of the century. The Cardinal Mill soon became one of the first tungsten ore mills in the country, and the town of Cardinal would get a boost from the new activity. 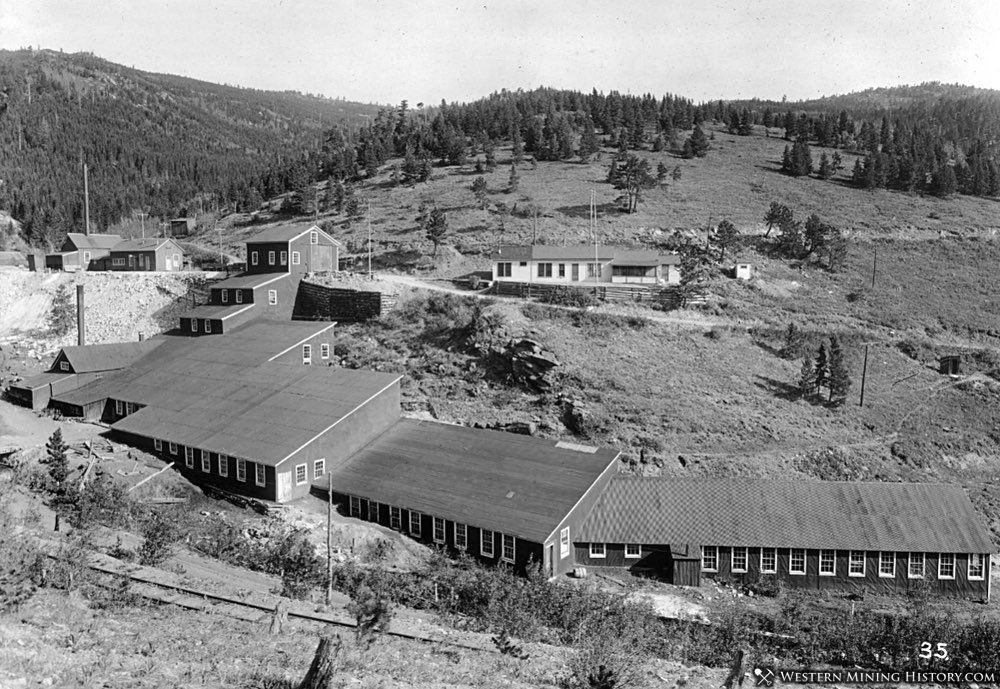 Mine buildings at Cardinal, Colorado

The boom in tungsten may have given Cardinal a new lease on life, but it couldn't last forever. The Cardinal post office closed in 1919. The Cardinal Mill continued to process ore until 1942. Today Cardinal is a ghost town on private land is privately owned and has a few remaining structures.