The rich silver veins that would become the Caribou Lode were discovered by William Martin and George Lytle in August of 1869. The men were following a lead given to them by Samuel Conger, who had stumbled upon fragments of the vein while hunting a few years earlier.

The two men wintered at their discovery at an elevation of over 10,000 feet in order to keep it secret and ensure they were able to hold a claim the next spring. They filed two claims, the Caribou and Poorman, in December. The men worked their vein on a limited basis that winter, and sent one small shipment to a smelter in Black Hawk. 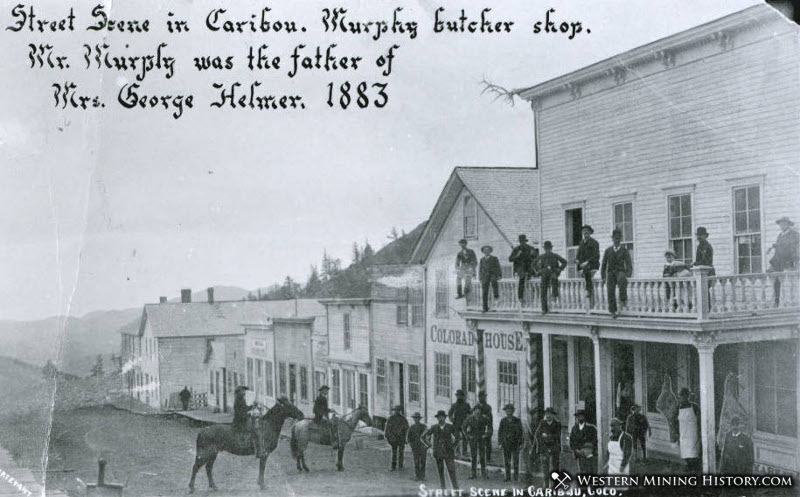 Word of the discovery got out and by spring of 1870 dozens of prospectors arrived at the scene. The district was originally called Grand Island, and camp was called Caribou, which would become Colorado's first great silver camps.

On June 21, 1870, the Daily Register Call described the progress at the new camp, and the optimism displayed by the initial miners on the scene:

"There are sixty or seventy prospectors hard at work, and probably many good discoveries have been made, which we did not see. The Camp contains two finished log houses, and three more going up. The larger number live in tents, brush and bark houses. Altogether they are as jolly, hopeful, busy, hospitable a set of men as we even wish to see." 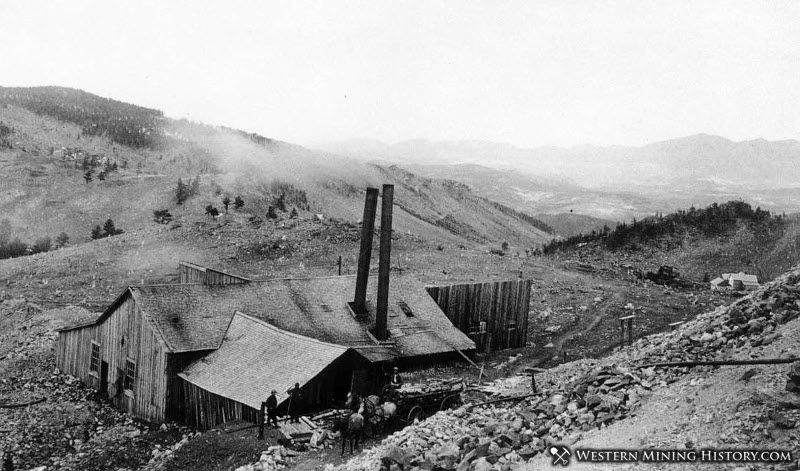 Mine Building Near Caribou

"Prospecting in this district requires both hard and skillful work. The slide is from three to six feet in depth and owing to the heavy snows, and perhaps glacial action, the blossom is often very far from the lode. Greenhorns in prospecting have no business there, and old prospectors require at least a week to comprehend the country, before they are ready to strike a pick into the ground."

"Altogether we regard the district as very promising, and shall be greatly disappointed if it does not this summer furnish a large amount of rich silver ore." 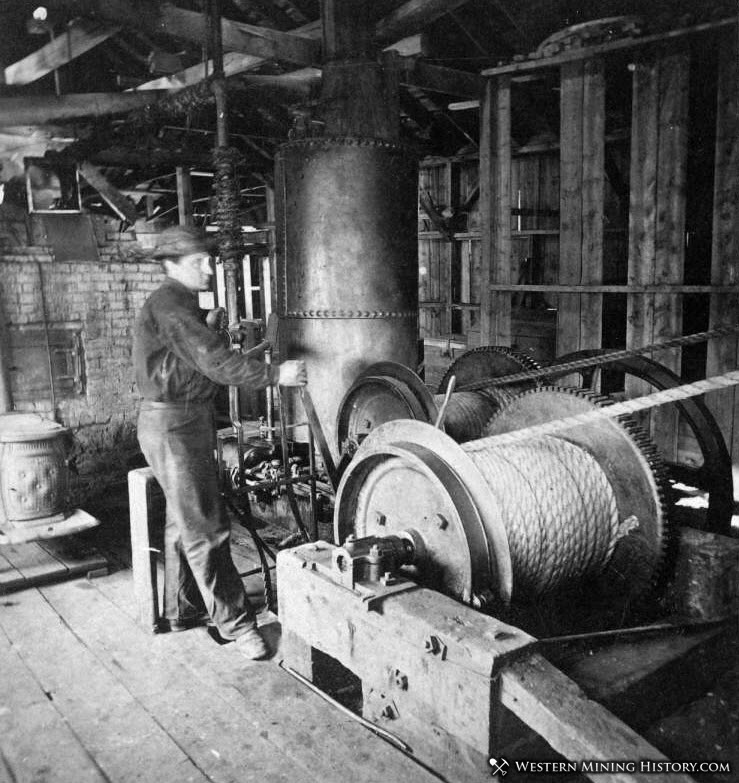 The Caribou mine was sold for $3 million in 1871 to Dutch investors, who struggled to make the mine profitable. In 1876 hey sold the mine to Jerome B. Chaffee and David Moffat, two men that would go on to great fame in Colorado.

Caribou reached a peak population of around 3,000 in the mid-1870s. The town had a church, three saloons, a brewery and a newspaper the Caribou Post. The town fathers wanted to keep the settlement civil, and the usual mining camp entertainments of gambling halls and brothels were relegated to the town of Cardinal, a little over a mile down the hill. 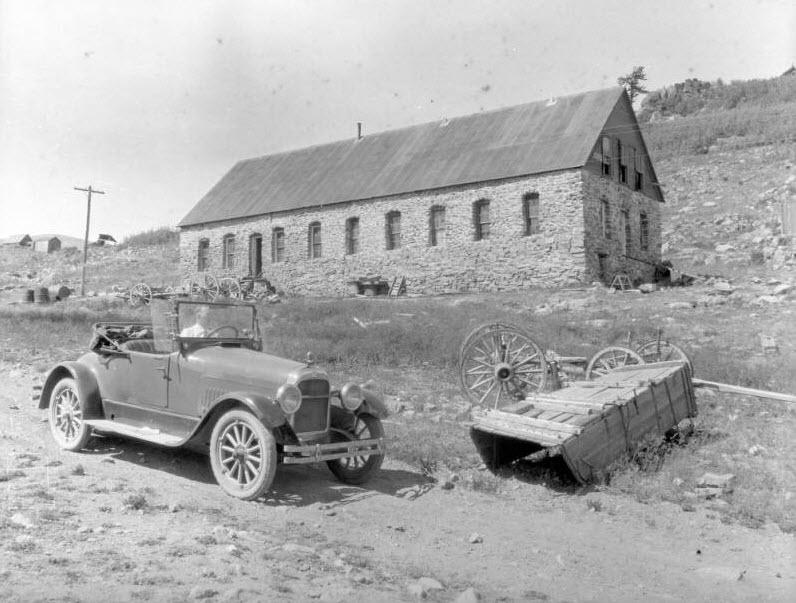 Caribou was just a shell of a town in the 1920s

Not much remains at the ghost town of Caribou. A collapsed wooden cabin and the shells of two stone buildings are all that is left to mark the location of Colorado's first important silver camp.