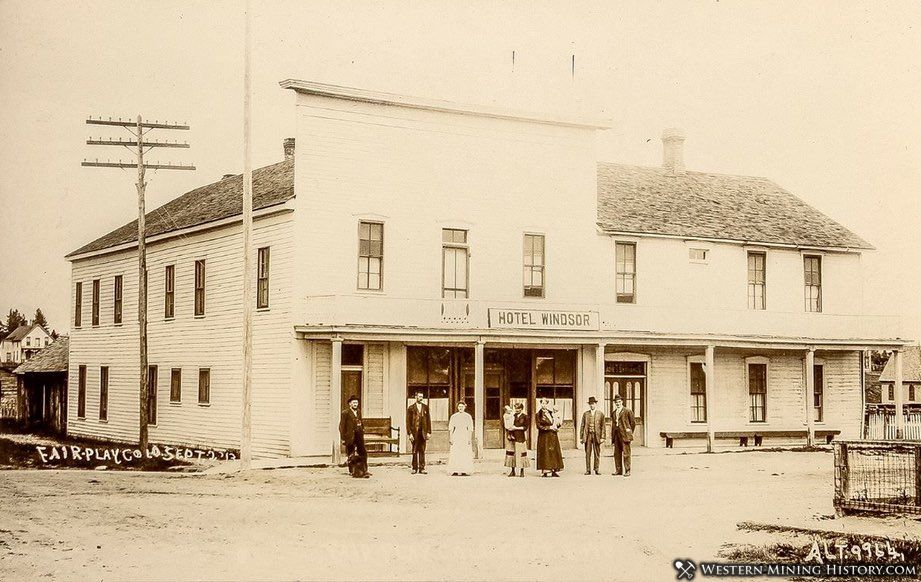 Fairplay, Colorado was founded in 1859, one of the earliest settlements during the Pike's Peak Gold Rush. The town was established at the site of gold placers.

The placers at Fairplay were difficult to work and richer diggings at nearby camps like Buckskin Joe and Montgomery took attention and capital away from the town. However, Fairplay was at the center of the district, and still prospered as a supply and transportation center.

Fairplay would never be the location of a great mining excitement, but the local mines and it's position as supply center guaranteed the town a long life. Today Fairplay is still an active community and the largest town in Park County.

The Park county seat would move from one boomtown to another in the early days, but Fairplay would become the permanent seat, a title it still holds today. The railroad arrived in 1879, adding further stability to the town.

The Fairplay area has been the site of extensive gold dredging, and some placer gold operations are still active today.

Fairplay is the location of "South Park City", a museum where over forty historic buildings, most of them moved from ghost towns in the area, have been used to recreate an authentic frontier mining camp. The museum is one of the best and most unique historical experiences in the West. 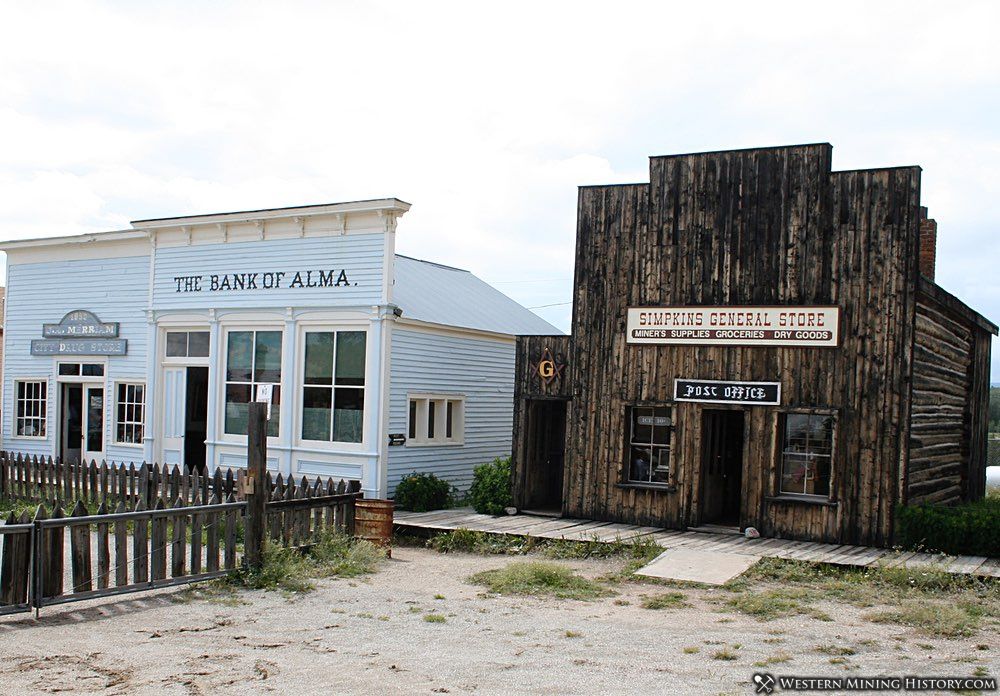 The 1895 publication History of the State of Colorado outlines Fairplay's early years:

After the discovery of gold in the deep gravel bars of the Platte river at this place, in August, 1859, much the same course of events marked their progress as has just been related, except that no lodes were found in the vicinity, all the gold being taken from the margins and channels of the streams.

The multitude of diggers increased as the reports spread abroad, and a strong, substantial town was built, mostly of logs, which, though still sparsely populated, has, unlike its contemporaries, maintained its original prestige. The diggings were rich, but the gold not so easily obtained as at Tarryall, owing to the great number of enormous boulders. 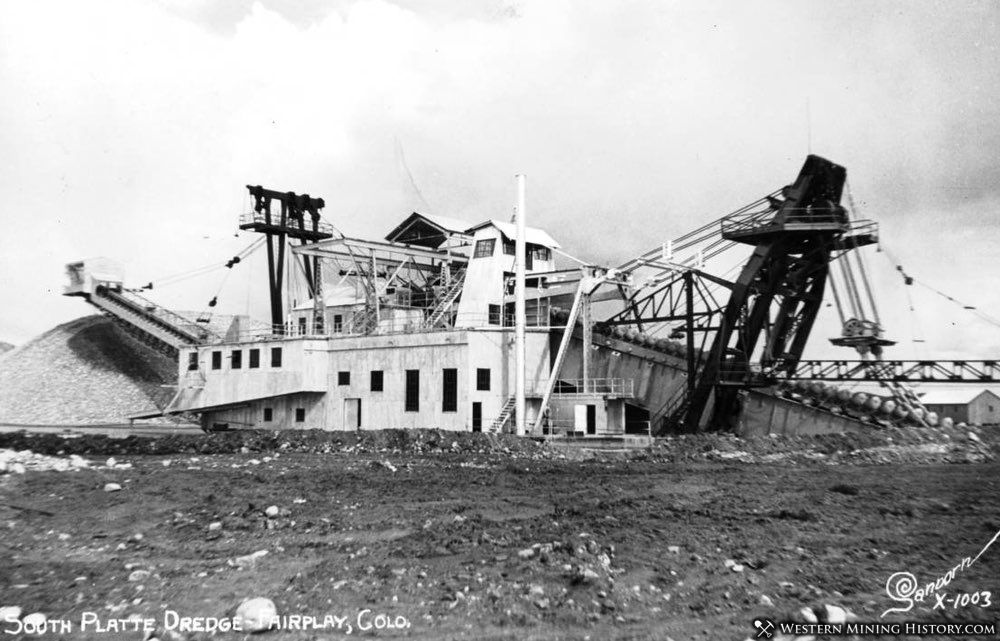 Allen in his review of early days, published serially in his paper, the Fairplay "Sentinel," says the richest gravel paid from $5.00 to $15.00 per day to the man. The entire gulch was worked under great disadvantages, since none of the miners possessed sufficient means to run a bedrock flume, by which alone the gravel could have been profitably operated, and even then the consolidation of almost numberless claims would have been necessary.

In 1864 Fairplay was a quiet, peaceful, law-abiding settlement, where only a little mining was done, but, as it was the chief center of supplies for all neighboring camps, a fair degree of prosperity obtained. The first two or three winters in the park were long and severe, causing many of the inhabitants to seek the lower altitudes, most of them quartering in Cañon City.

It is still the principal town in Park county, and its commercial as well as political center.