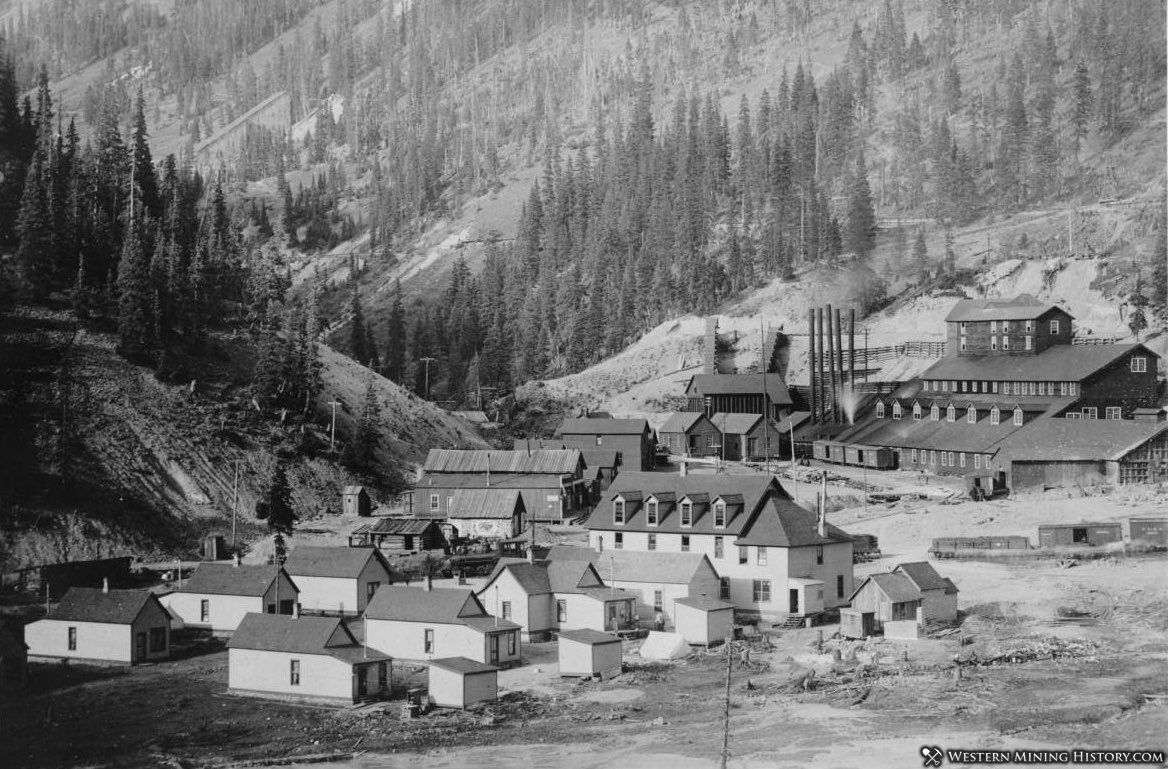 Gladstone's post office was established in 1878 and discontinued in 1912.

Gladstone was a minor mining community that was established in the late 1870s. It was the discovery that would lead to the opening of the Gold King mine that would cause Gladstone to become one of the larger towns in the area for a number of years.

Olaf Nelson was employed at a Gladstone mine for years when he made an observation that led to the discovery of the Gold King. Nelson noticed that a vein he was mining intersected another vein at a sharp angle, possibly indicating another vein system existed that had yet to be discovered. In 1887 Nelson filed for his Gold King claim, and worked it on a small scale until his death in 1890.

Four years passed before the Gold King mine was purchased from Nelson's widow by Cyrus Davis and Henry Soule. It is interesting to note that one of the San Juan's richest mines was either worked by a single individual or sat idle for almost 8 years before any attempt was made at serious development. 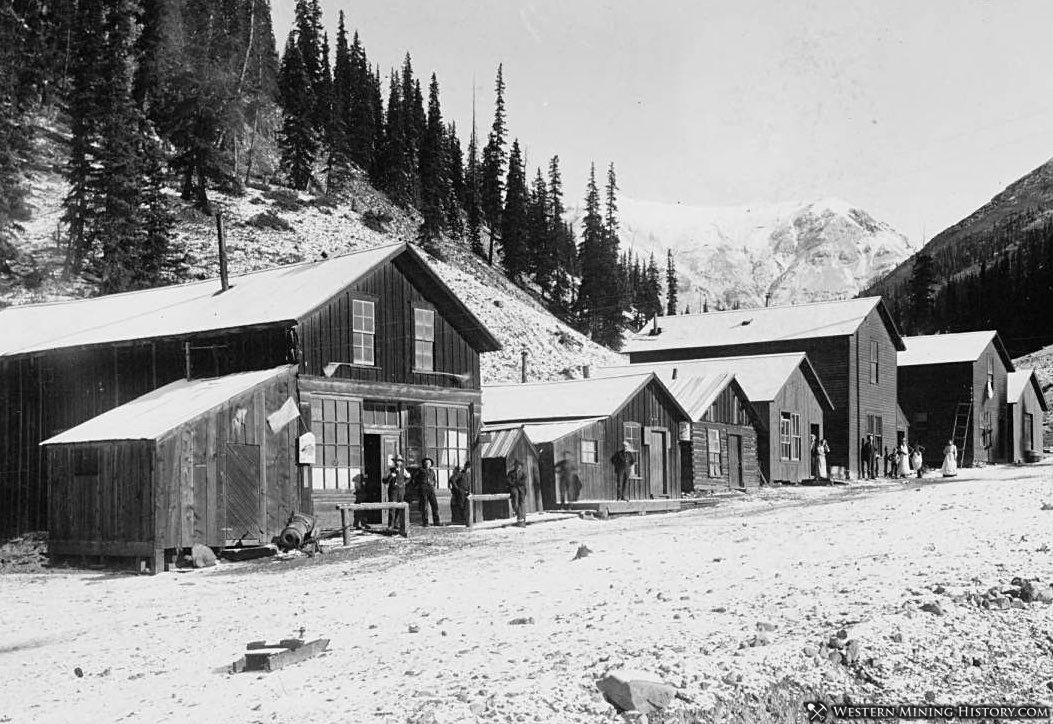 By 1895 the Gold King was open and being actively mined by the new owners. The mine became one of the regions best producers, and both the mine and the town of Gladstone experienced rapid growth over the next few years. The Gold King group eventually consisted of over 40 claims.

Gladstone received a railroad connection from Silverton in 1899, further stimulating the town and mine.

Historical photos of Gladstone seem to show that around 1900 the town consisted of a ramshackle set of buildings that were the original structures possibly dating back to the late 1870s or 1880s, and a large number of new buildings that served as the housing for the Gold King mine and mill workers. Sources put Gladstone's peak population at around 2,000.

Many sources, both online and in print seem to contain misinformation regarding a fire that burned the Gold King mine buildings and the 1910 closure of the mine. Those sources say the fire was in 1907, and that the mine closed in 1910 due to financial issues and litigation.

Historical newspaper articles reveal that the Gold King surface buildings actually burned twice, First in June of 1908, then again in May of 1909. The mine buildings were rebuilt each time at great cost, and it is probable that these back-to-back disasters were the root cause of the financial and legal trouble that closed the mine in 1910.

After the closure of the Gold King in 1910, Gladstone managed to hang on for a couple years but the post office was discontinued in 1912. The mine was opened again from 1918 to 1922, but the fact that the post office was not reopened indicates that this period of activity was much more limited than in previous years. 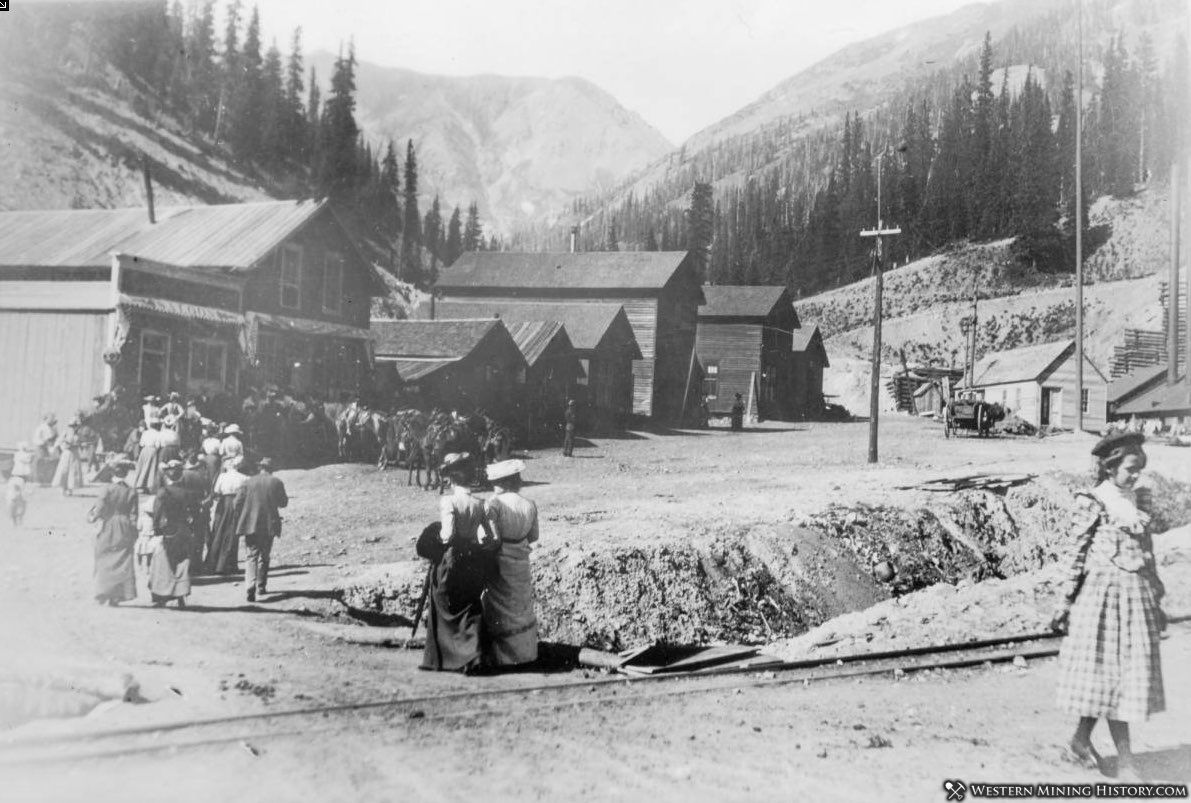 Although Gladstone's glory days ended with the 1910 closure of the mine, the Gold King would become infamous for two significant mine disasters in 1978, then again in 2015.

Part of the Sunnyside mine workings were under Lake Emma. The mine operators were following a rich vein upward toward the base of Lake Emma when they noticed water seeping into the mine. On June 4th, 1978, the waters of Lake Emma broke through into the mine, filling the mine with an estimated 500 million of gallons of water.

A wall of water containing millions of tons of mud, timbers, and old mining equipment poured out of the American tunnel and eventually into the Animas River. Fortunately the incident occurred on a Sunday and no lives were lost.

The Sunnyside mine reopened after two years of cleanup and repairs, then closed for good in 1991.

The EPA was involved in monitoring the acid mine drainage at the Gold King. On August 4, 2015, EPA crews were working on one one of the plugs that sealed the water in the mine when the plug was accidentally damaged and pressurized water starting pouring out of the breach.

Approximately three million gallons of water laced with heavy metals poured into the Animas River watershed over the next nine hours. The Animas River, popular for recreation and flowing through the heart of Durango, turned orange after the spill. The river was closed to recreational use for 10 days following the spill.

The toxic spill affected communities in Colorado, Arizona, New Mexico, and Utah. The long term effects of the spill are still being determined. As a result of the spill, the Gold King Mine has become a Superfund cleanup site.