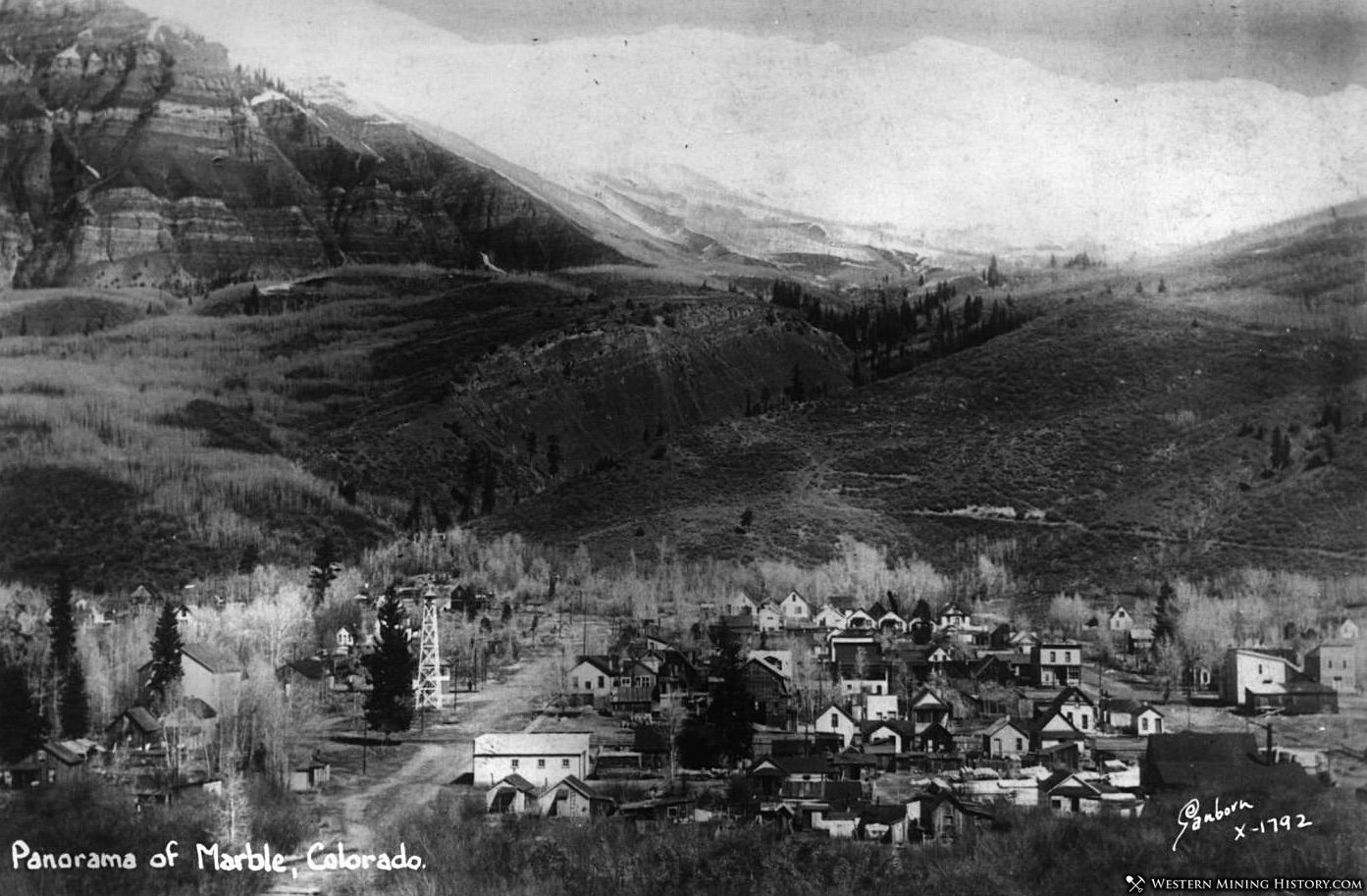 A world-class deposit of marble was discovered in a remote section of Colorado wilderness in 1873. The discovery was made at what would become known as the Crystal River Valley, one of Colorado's most spectacular locations. The town of Marble would be settled in the valley below the marble deposit, but not until many years later.

Despite the fantastic size and quality of the marble discovery, the isolated location was too far from markets to be economically quarried and shipped, and it would be decades before the marble industry of Marble was fully developed. 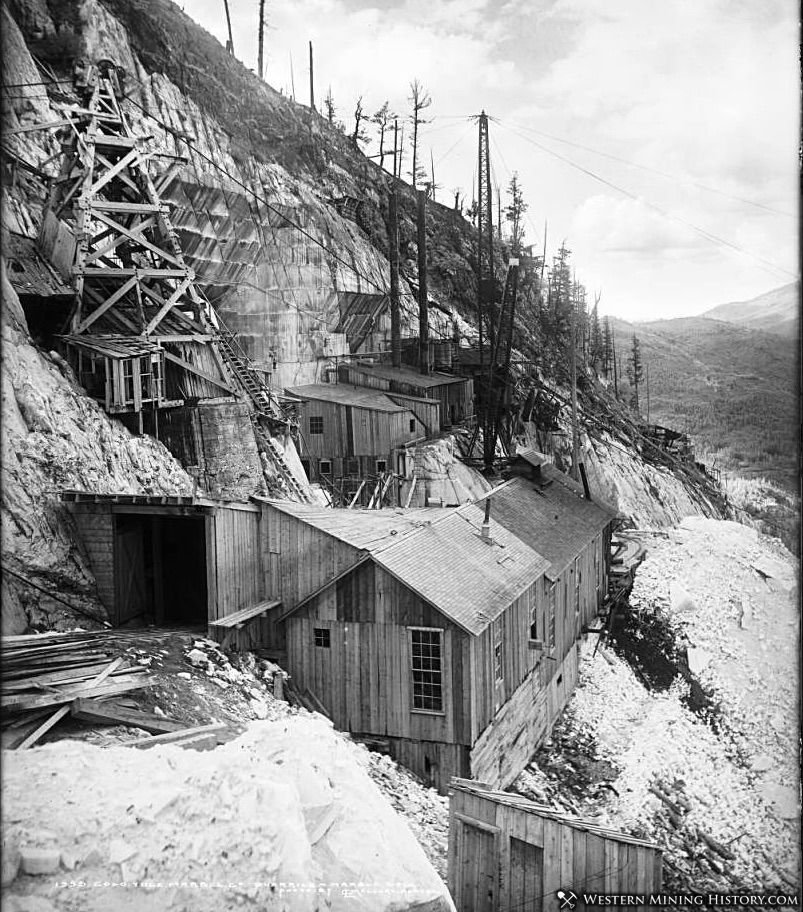 A settlement was established at Marble in the 1880s as a supply point for prospectors in the area but remained a small outpost until the late 1890s when sporadic shipments of marble started leaving the valley. It wasn’t until 1899 that the town of Marble was incorporated.

Marble grew slowly until 1906 when a railroad line was built to the town. A new finishing mill and 3.5 mile tramway that linked the mill and the quarry were also built, greatly improving the efficiency of the operation. 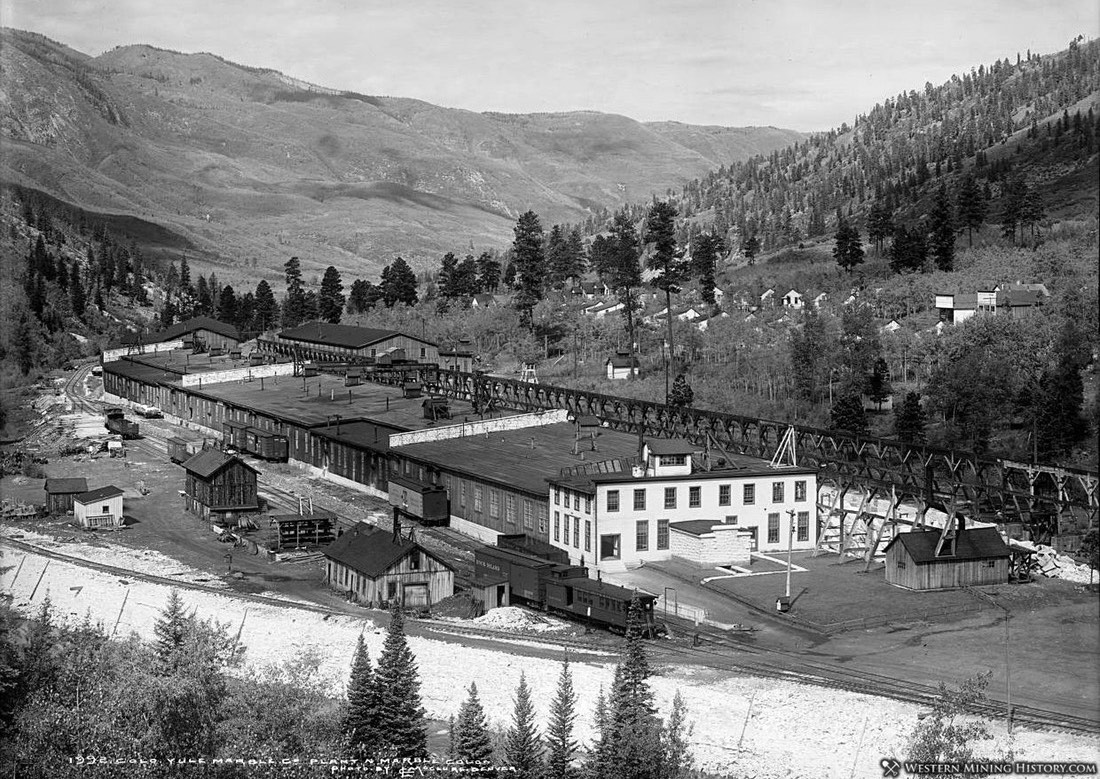 At its peak, the Colorado Yule Marble Company employed several hundred men at the enormous finishing mill at Marble, with a high percentage of them being skilled laborers from Italy. The quarry employed around 125 men. 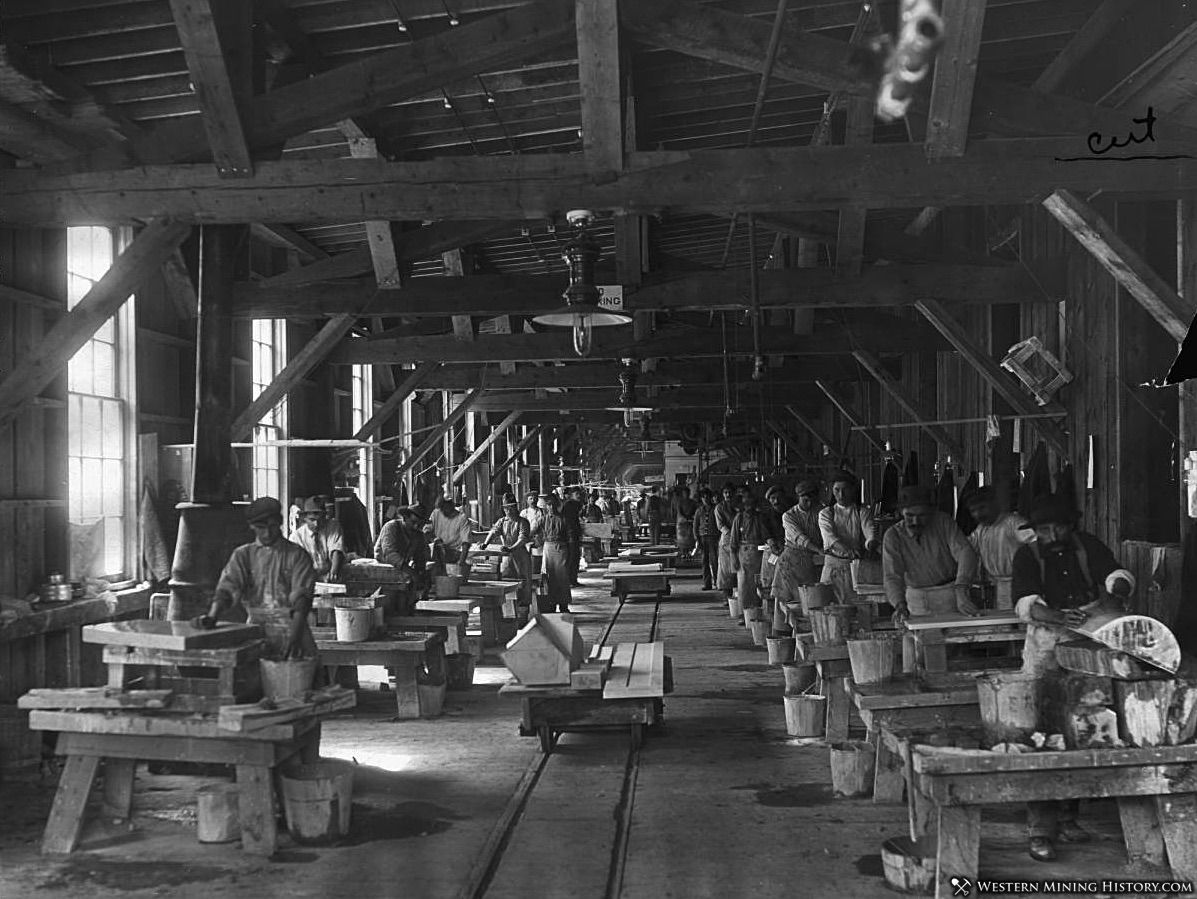 Marble peaked in 1914 with around 1,500 residents. The town had two newspapers, three hotels, a movie theater, an ice cream parlor, and numerous other businesses. Some buildings in town featured marble foundations, certainly a very unique construction material for a frontier mining town.

Starting in 1905, the Yule Marble Company developed the quarries at Marble, and to this day the marble shipped from this location is identified as being Yule Marble, a particularly fine product that is known around the world. 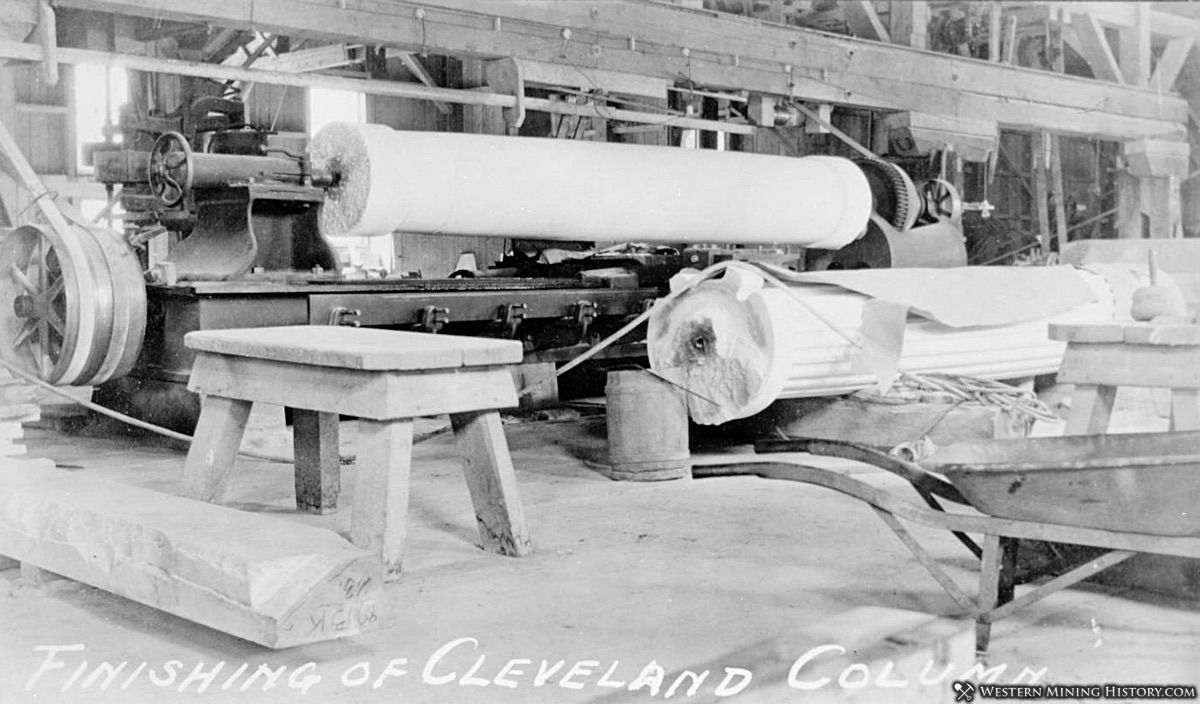 Yule Marble has been used in many famous buildings and monuments in the United States and around the world, including the Lincoln Memorial, Washington Monument, Hearst Castle, Tomb of the Unknown Soldier, and numerous capital buildings, banks, and hotels.

Despite the fabulous quality and quantity of the Yule Marble, the quarries and town of Marble have experienced numerous booms and bust periods related to conditions in the world market for marble products, and the extremely high cost of quarrying the stone from the steep alpine terrain.

By World War I, the market for marble collapsed and most of Marble's Italian stone workers returned to conscription in the Italian army. Marble’s population dropped to 50 people.

1922 saw the resumption of marble production, but on a much smaller scale. 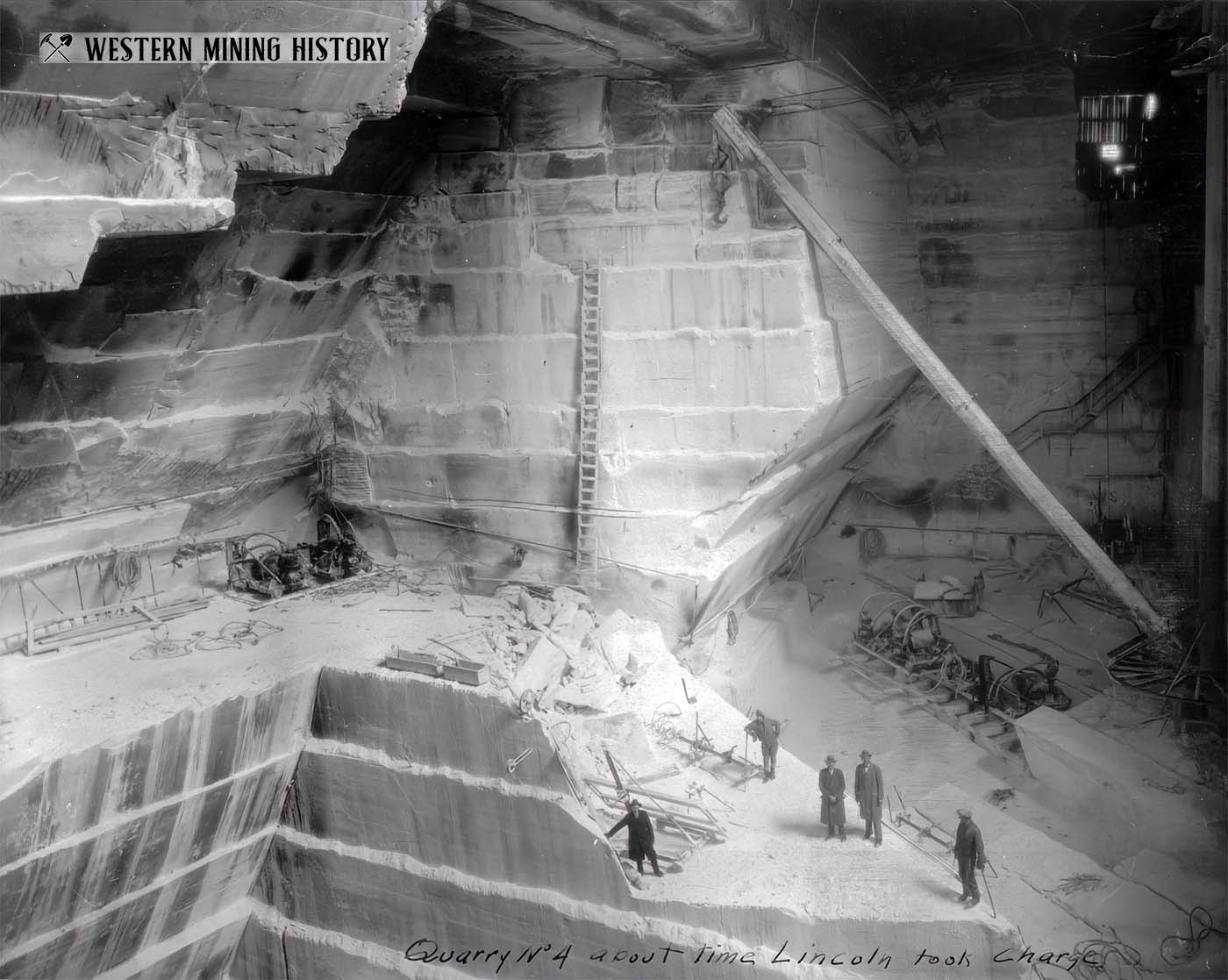 The most famous product of the Yule quarries was the Tomb of the Unknown Soldier, components of which were quarried in 1930 and 1931. The largest block, called the die, took three quarry attempts requiring 75 men working for a full year. The resulting block was 124 tons and had to be lifted by a heavily rigged and reinforced derrick, then transported over a period of 4 days down the mountain to the mill.

World War 2 signaled the end of marble production for over four decades. In 1942 the mill was disassembled and the railroad tracks removed. The town of Marble was reduced to just 30 people and in 1943 the post office closed.

The Yule quarry was once again activated starting in 1988 and has operated intermittently since with at least four different owners during this time. An Italian company has operated the quarry since 2010 and is still active today.

The town of Marble has experienced a bit of a renaissance lately due to tourism. The population is once again over 100, and the location in one of Colorado’s most beautiful valleys has attracted many summer tourists and new homeowners. 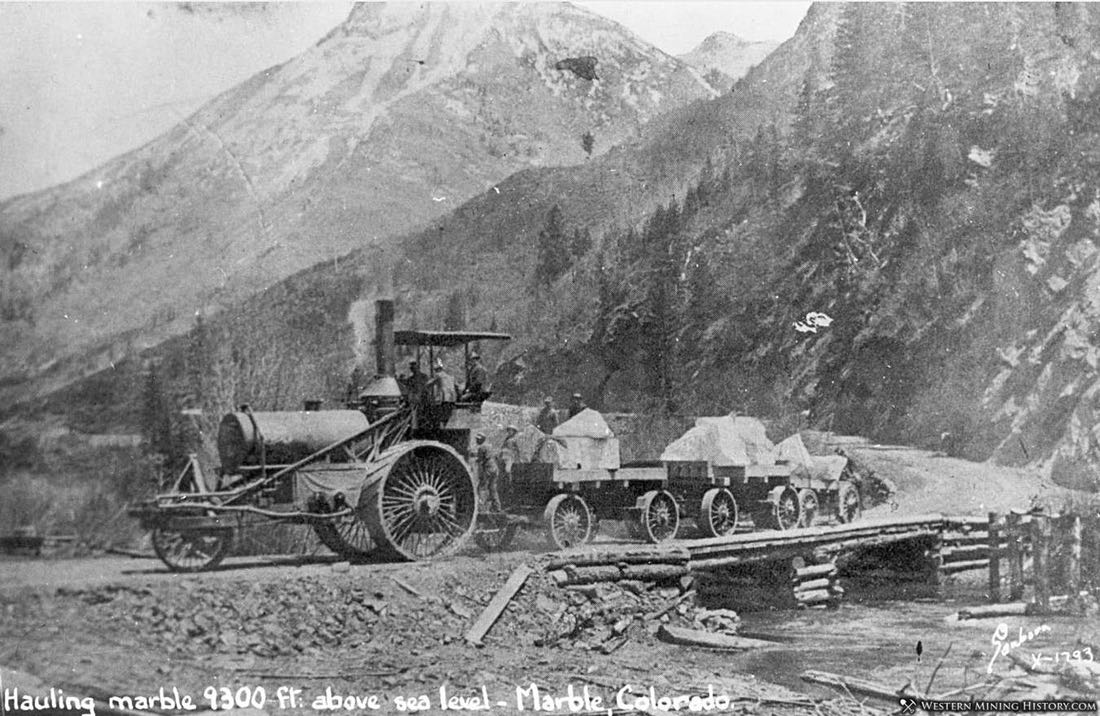 A visit to Marble reveals one of the West’s most unusual and interesting mining towns. Marble blocks are lying around all over, and some of the old marble building foundations are still intact. Great columns built of marble blocks line the edge of the former mill site, part of what was once a huge wall designed to protect the mill from avalanches.

Click here to view the amazing gallery of photos from Marble, Colorado