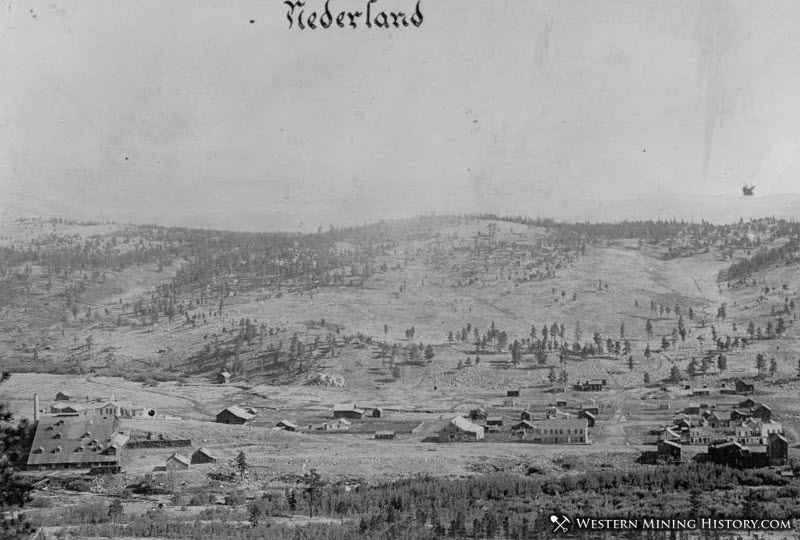 The area around Nederland was occupied by homesteaders in the 1860s. Early communities were known as Dayton and Brownsville, but by 1869 the name Middle Boulder was being used. The first post office was established in 1871 under the Middle Boulder name.

The Dutch-owned Mining Company Nederland, owner of the richest silver mine at nearby Caribou, built a stamp mill at Middle Boulder in 1873. Nederland was at a lower elevation than Caribou and was better-suited for a large the milling operation. 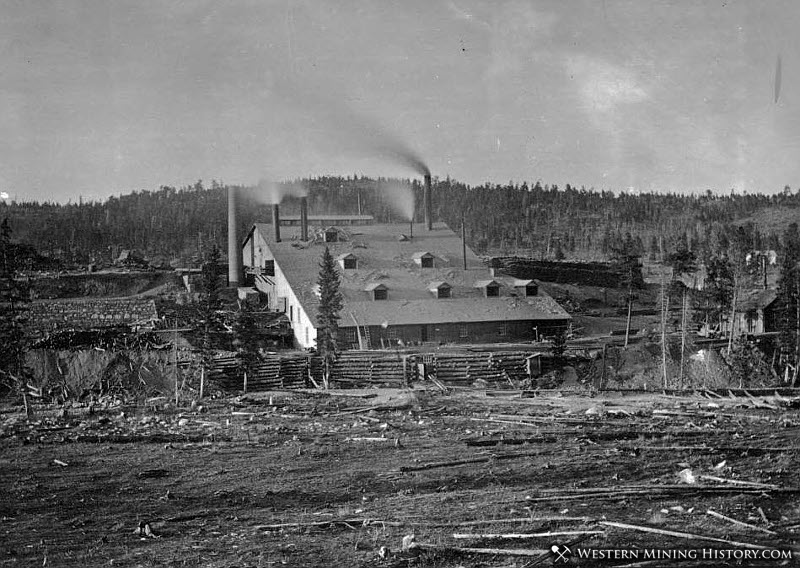 As the mines at Caribou continued to produce large quantities of silver ore, the milling operations at Middle Boulder grew. In March 1874 the town was incorporated and the name was changed to Nederland in recognition of the Dutch mining company that was responsible for the areas newfound prosperity. 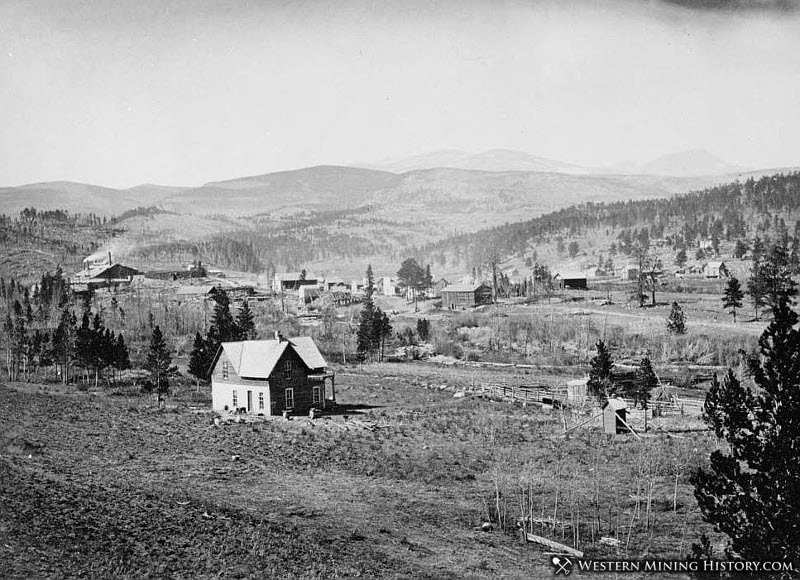 An April 8, 1874 edition of the Rocky Mountain News describes an incident at the Nederland company's facilities that highlights the poor treatment of Chinese laborers that was common throughout the West:

Whereas, On the night of the 29th instant a mob forcibly entered a building owned by the Mining Company Nederland, in which was quartered Chinamen about to be employed by said company in their mill at Nederland, and by threats and intimidation compelled said laborers to leave the employ of said company

Nederland seems to have slumped when the Caribou district declined in the late 1870s. However, the town managed to survive several decades, continuing to serve as a milling and supply center for the surrounding high-elevation mining districts. 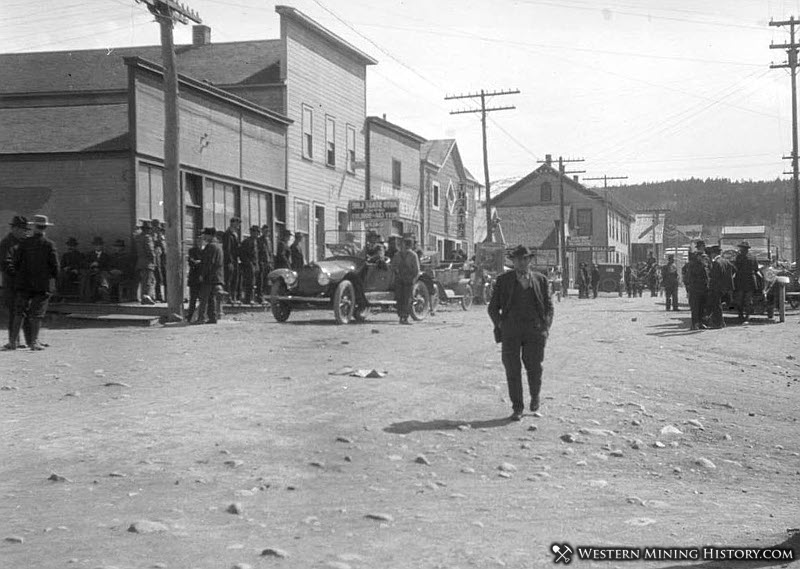 Nederland's big boom started in 1916. Tungsten was previously mined in the area but the price was so low it was often not profitable - tungsten mining and even the town had almost entirely ground to a halt. This changed with the onset of World War I, when demand skyrocketed as tungsten was needed to harden the steel used in the construction of the machines of war.

Nederland was the center of what was called the "World's greatest tungsten district". Thousands of people poured into the area and great fortunes were made. Population estimates during these years vary widely, many state the city peaked at around 3,000 while others state it was 10,000 or more. Likely the larger figures are for the entire district, and Nederland was at least 3,000, perhaps more.

With the end of World War I, the boom ended as dramatically as it started and Nederland had just 200 remaining residents by 1920. World War II produced a similar cycle, although on a smaller scale. After the war Nederland was nearly abandoned and most businesses closed. Hippies started moving to the town in the 1960s, saving Nederland from becoming a ghost town. 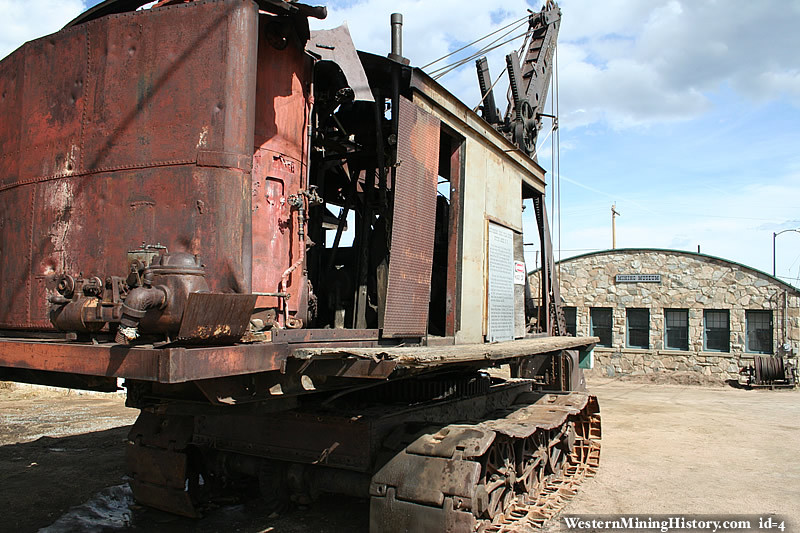 Today Nederland it is a recreation and tourist hub, known as a gateway to outdoor recreation in the nearby Indian Peaks and the James Peak Wilderness Areas. Nederland is located 15 miles west of Boulder.

Colorado has experienced many mining booms since her settlement. She has had her Central City, Leadville, San Juan, Creede, Pitkin and Cripple Creek and many other places of lesser note during her history, but the rush that is now taking place in the tungsten fields of Boulder county bids fair to eclipse the records of former mining excitement in the state. A trip to Nederland and the surrounding camps is probably the chance of a lifetime to see the many phases of the life of a new mining district without the old-fashioned saloon, gambling house or variety theater.

The new camps have none of these wild features that the early history of every camp of the past had to contend with. Hundreds of men from every walk in life are going to the new fields with the intention of getting down to actual work and taking a chance with fortune.

A trip to the new “diggin’s” discloses the road lined with men on foot, wheeling wheelbarrows, or horseback, burrow-back, the old fashioned prairie schooner, and the modern automobile and truck. The whole eighteen miles between Boulder and the town of Nederland over the convict built road is lined with the fortune hunters.

Tungsten has been mined in this district for several years with more or less good results, then the price of the new metal dropped so low that very few miners remained in the district. When the war broke out the price of the metal went up with leaps and bounds from $3 a unit to $100 for mineral running 60 per cent in tungstic acid.

Now many men are getting rich mining a mineral that runs as low as 2 per cent. The mineral comes in many formations and until a test is had no one seems to know just in what forms the mineral bearing rock takes.

The newspaper reports of the camp have not been overdrawn, on the contrary they have been conservative in estimating the rush and amount of money being made by the prospector and miner. This is really a poor man’s camp. The I big companies that own ground are really willing to grant leases to reliable men who will work and the unexplored field around the district is full of men who are making good. A conservative estimate would be that 25 per cent of the men going into the district are making big money.

Grows With Leaps and Bounds

The town itself was deserted eighteen months ago, but is now growing with with leaps and bounds. Store buildings are being rented at unheard of prices as fast as they can built and nearly 300 carpenters are at work in Nederland alone, while in the smaller settlements scattered over the district many more are finding employment at good wages. Many large stamp mills are being erected as fast as men and materials can get on the ground.

A Bulletin man had to stand in line for thirty minutes to get into one of the town restaurants to get something to eat and every eating place in the camp was equally crowded. To get a place to sleep is hardly possible unless you can get a reservation in advance. Tents with cots that rent at $1 a night are overcrowded and the small hotels run three shifts on the bedrooms and charge $2 a shift of eight hours. You get out and the other fellow climbs in.

At Vasco, Stevens Camp, Rollinsville, Lakewood and all down Bummers gulch the same thing is seen. Tungsten is all you hear and all you see. The main street of Nederland is lined with autos, ore wagons, trucks, pedestrians, horsemen, loafers, and rifraf; from the lawyer soliciting business to the curb stone broker, real estate shark and locator, all out to show you the way to make your fortune. Lots that sold for $25 a couple of years ago at Nederland are now bringing from $3,000 to $5,000 and any old kind of a shack thrown up rents, before completion, at fabulous prices, while residence lots sell from $50 to $1,000.

There is no hot air about the money bewing paid for the ore. After the black metal is milled and the owner has an assay by a reliable man, the assay certifies is good for a check for the real money. Captain Smith of Denver, who has made a study of mines and mining and who has the history of the output of every mining strike in the state at his finger tips, estimates that $13,000,000 will be paid out for tungsten ore in Boulder county this year.