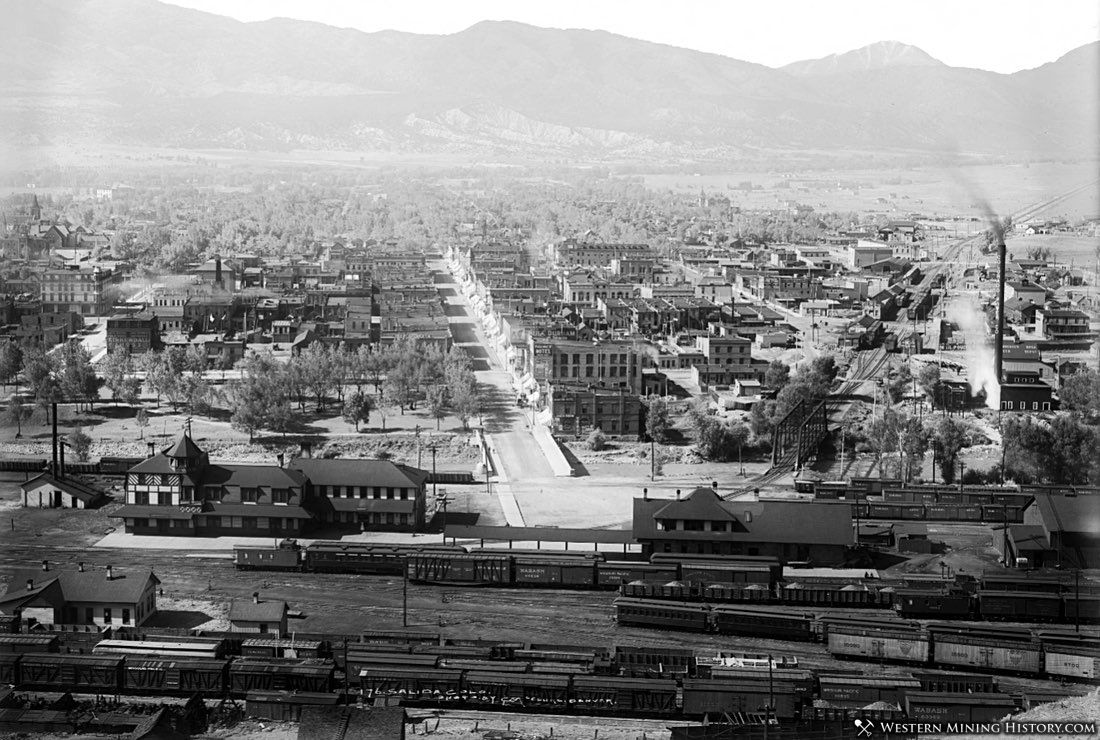 Salida, Colorado is found deep within the Rocky Mountains of Central Colorado, nestled at the eastern edge of the Arkansas Valley. The Arkansas River flows through the valley, which gave the area its original name of “South Arkansas”. When the Denver and Rio Grande Railroad arrived in 1880, a new name was needed to avoid confusion with another nearby town that had previously been known as South Arkansas.

The town received its new name when Mrs. Hunt, wife of railroad executive and former territorial governor Alexander Hunt was riding the train in the area; she remarked on the beautiful valley that opened up as the train exited the canyon. She suggested the name “Salida” which in Spanish means “exit” or “outlet”. 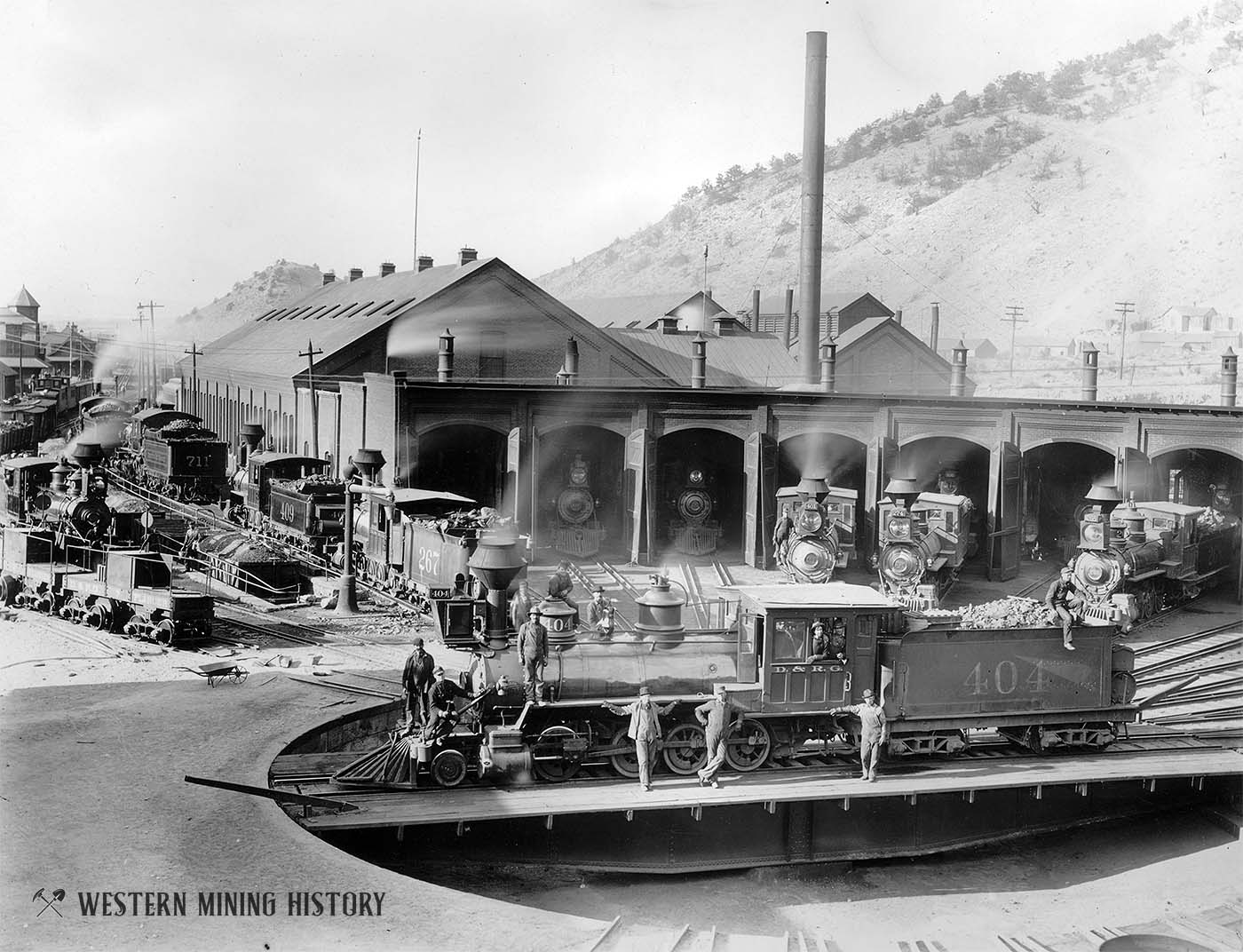 The railroad agreed, although they had already printed up enough tickets for a year, so the town was still known as South Arkansas for a short time. This led to railroad employees needing to reassure some passengers that they were in fact on their way to Salida. Salida became the seat of Chaffee County, which was formed in 1879.

The railroad began to set up a townsite, and the summer of 1880 brought a building frenzy to the once peaceful valley. Buildings could not be put up fast enough for the arriving townspeople and miners. Gold had been first discovered in Chaffee County back in 1859 in the creeks along the Arkansas River. Placer mining commenced and within the first 10 years, around $400,000 dollars worth of gold had been pulled out of the area. 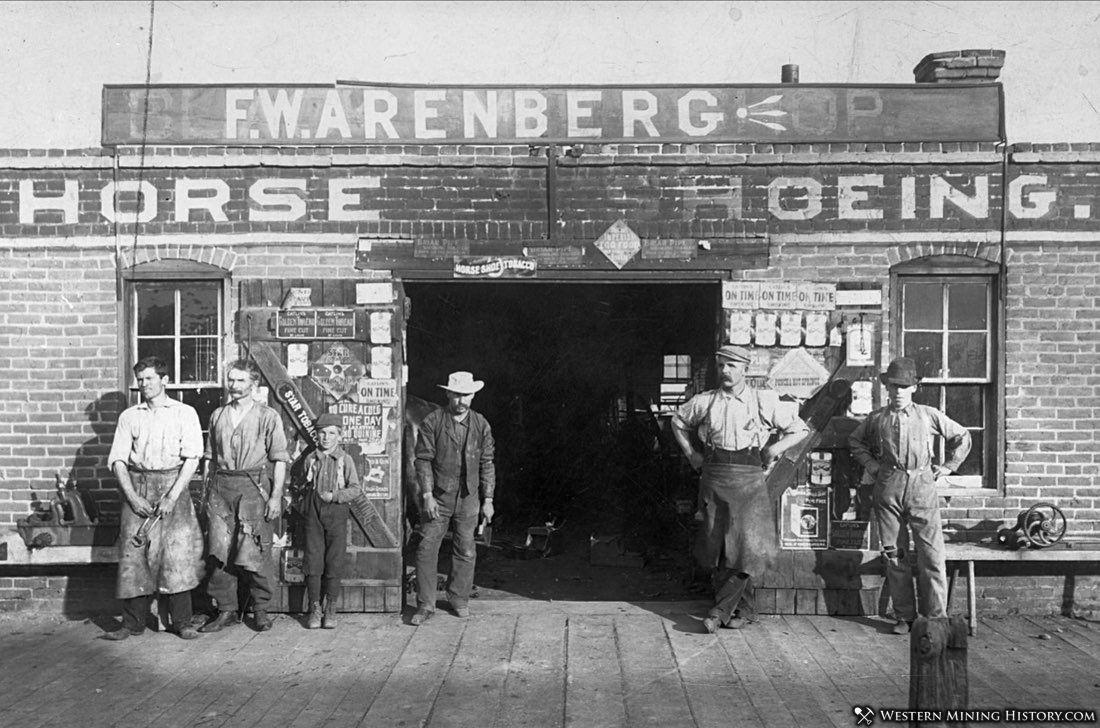 By the end of the 1860s, the placer mines were mostly played out and the miners looking for the quick buck moved on. Some lode mining began in the 1870s, but it would not be until the railroad came through in the 1880s that hard rock mining really started to produce enough to bring a permanent population to the area. 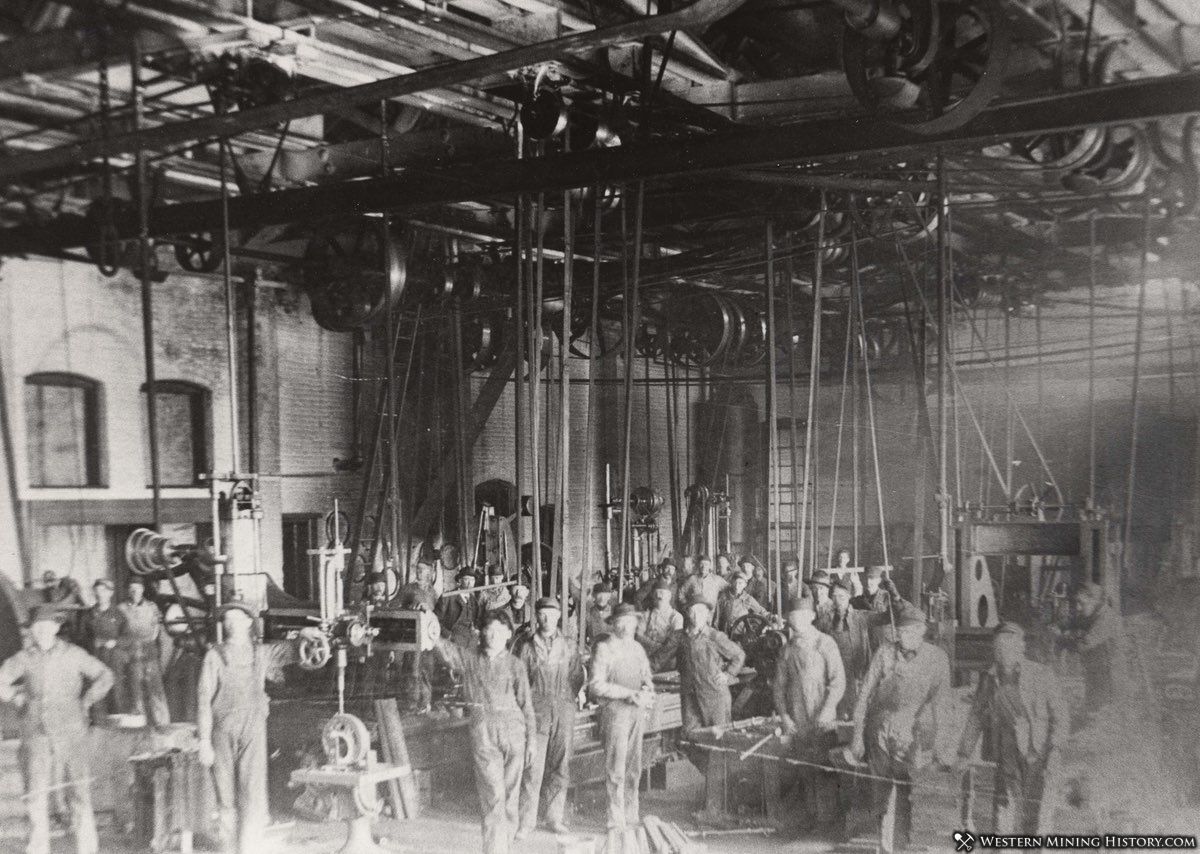 Salida was less of a mining camp, and more of a supply point for the agricultural and mining operations in Chaffee County. A railroad roundhouse was built to service the trains, and a 65 foot turntable was added and later replaced by an 80 foot turntable. This became the largest railroad repair facility between Denver and Salt Lake City, employing hundreds of men. 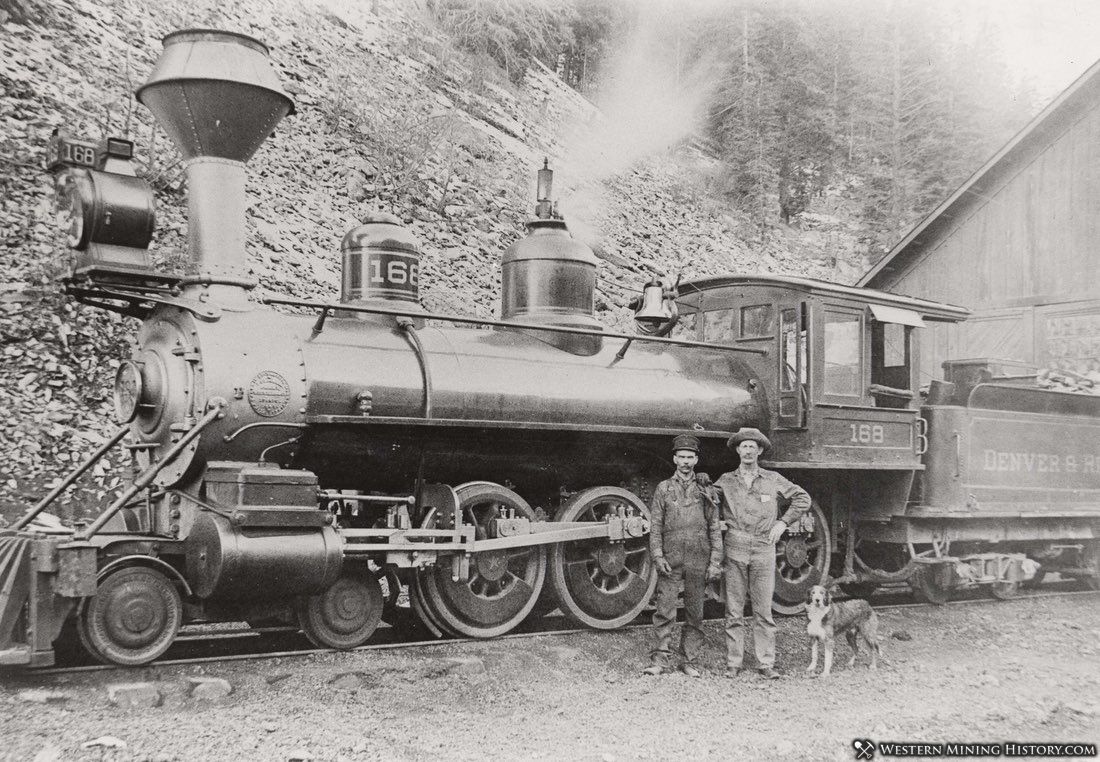 Perhaps Salida’s greatest contribution to the mining of gold, silver, lead and zinc in central Colorado was its smelters. When ore is extracted from the earth, it is locked in the hard rock that surrounds it. Through a series of applications of heat and chemicals, the precious metal is extracted.

By 1909, Salida boasted six smelting furnaces and 12 roasters. The plant, known as Smeltertown, could process up to 1,500 tons of ore a day and employed up to 500 people at one time. It ran 24 hours a day and served all of the mines for a 50 mile radius. 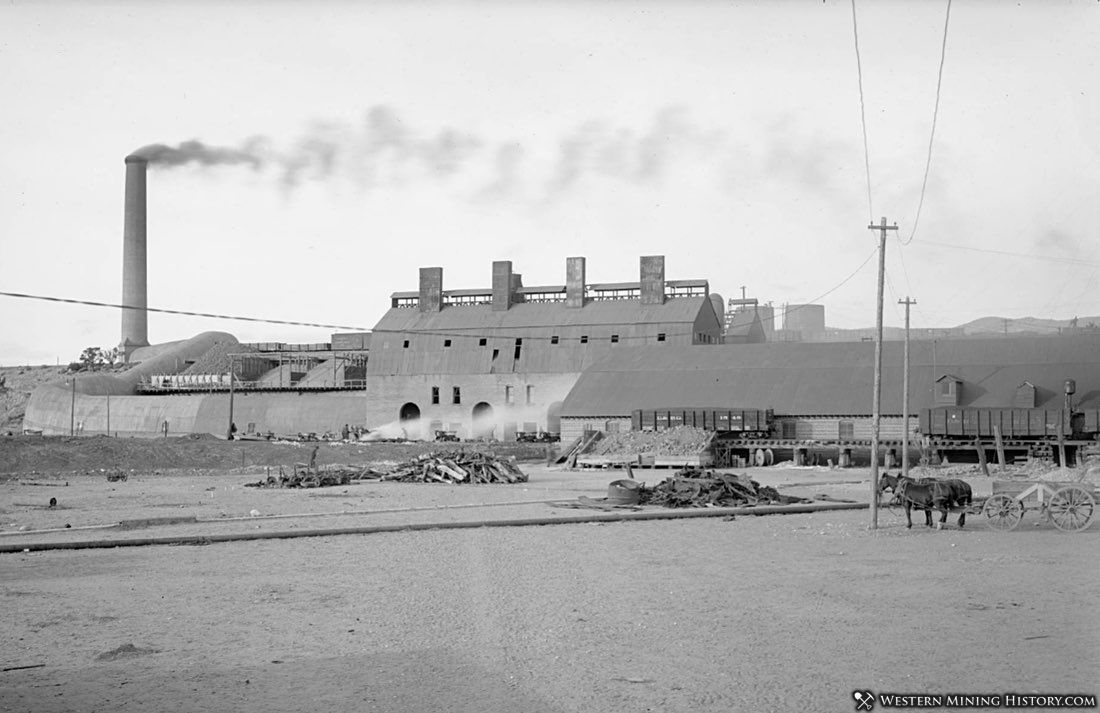 In 1917, a 365 foot tall smoke stack was added to the smelter plant to help disperse the dangerous chemicals that are a byproduct of smelting. Previously a 75 foot and 250 foot smokestack were in place, but these allowed the noxious fumes to travel down into Arkansas Valley where it poisoned farmland and animals. Those two stacks were demolished, and the bricks were used to build several homes in Salida.

The 365 foot smoke stack was once the tallest west of the Mississippi and is now part of the Salida Museum. The material cost of the structure was $43,000 in 1917, which would be around $900,000 today. Townspeople started to dare each other to climb the smoke stack, a dangerous proposition as the tower is designed to sway up to five feet to compensate for high winds. This smoke stack was only used for 29 months before financial hardships caused the plant to close. 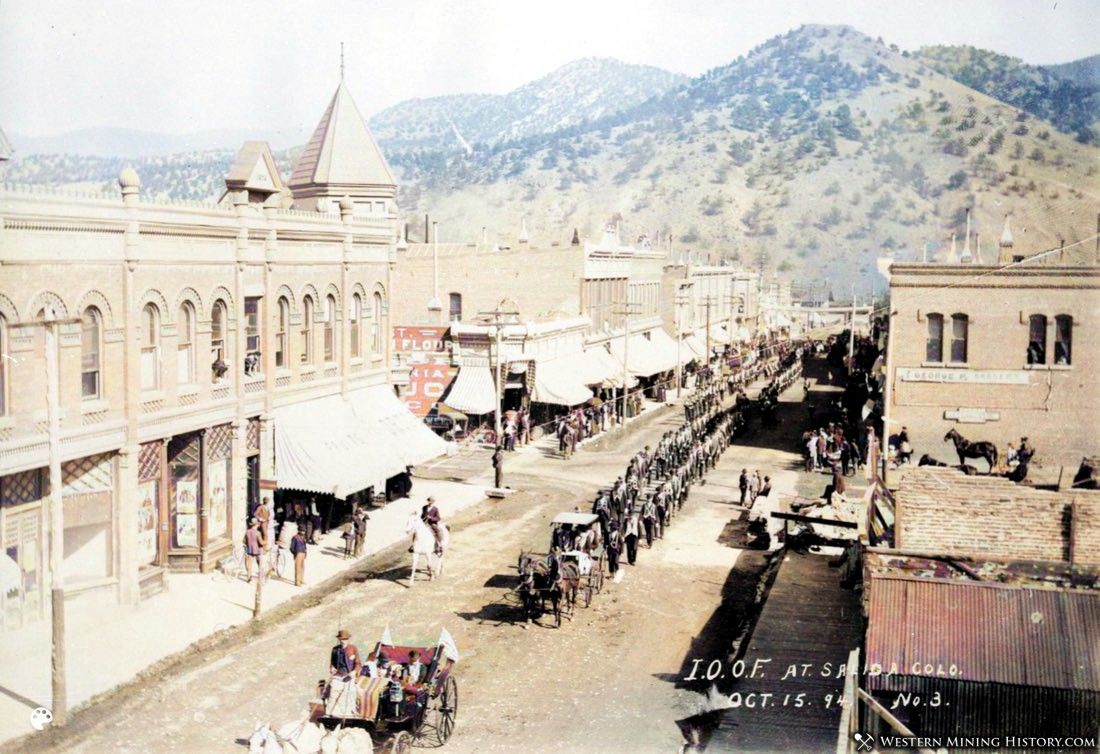 Salida was able to survive the economic downturn of 1893, and those who did lose work were taken care of by the poor farm which had been established by the river in 1892. Residents of the farm were given the opportunity to work in exchange for a place to sleep and eat.

It was a popular activity for townspeople in the 1890s to go up into the hills to try to pick out a little extra gold they could find to help make ends meet. Businesses would close early to allow its proprietors to go “mining”.

Salida experienced two devastating fires, one in 1886 and the next just two years later. In the aftermath of the blazes, the destroyed buildings were rebuilt with locally made bricks. 111 of these structures still exist today and are on the National Historic Register as part of Salida’s Historic Downtown District, which is Colorado’s largest historic district. 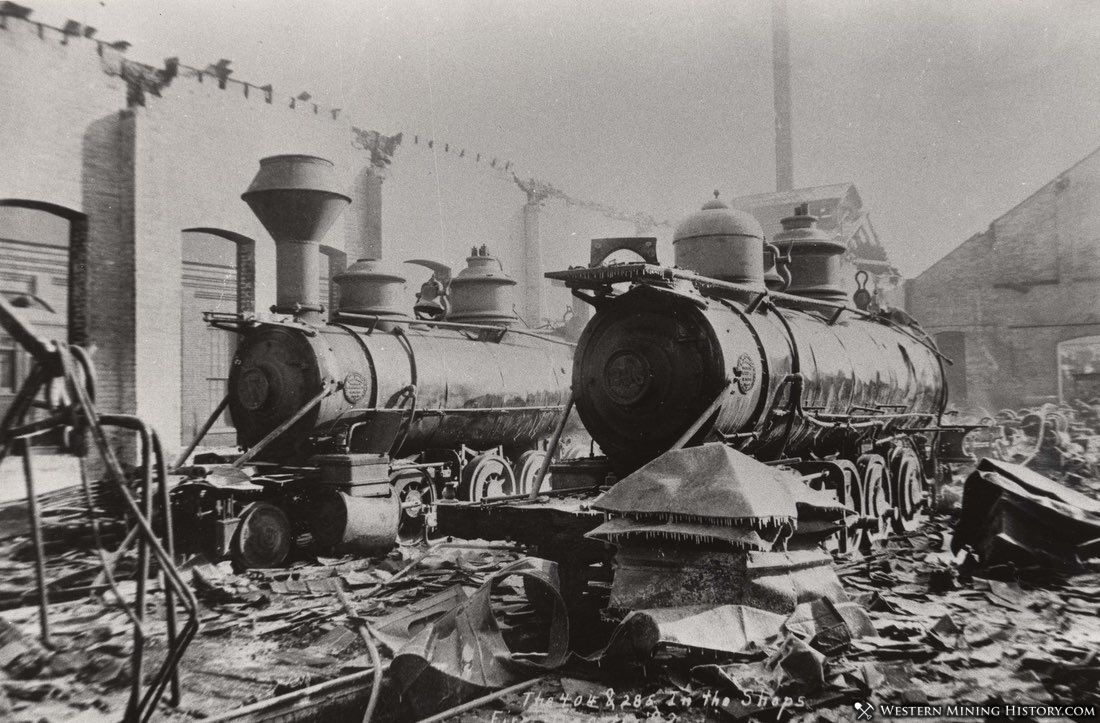 Burned locomotives from the 1892 roundhouse fire

Another fire in the railroad roundhouse in December of 1892 destroyed 17 locomotives and many of the shops, meaning that most of the work on the 20 remaining engines then had to be performed out in the open in freezing weather.

Because of railroad access, tourism became big business early in Salida. Natural hot springs, campgrounds, and fishing drew people in. Tenderfoot Mountain, a 700 foot hill, stands at the end of Main Street, and is a popular climb for townspeople and tourists alike. 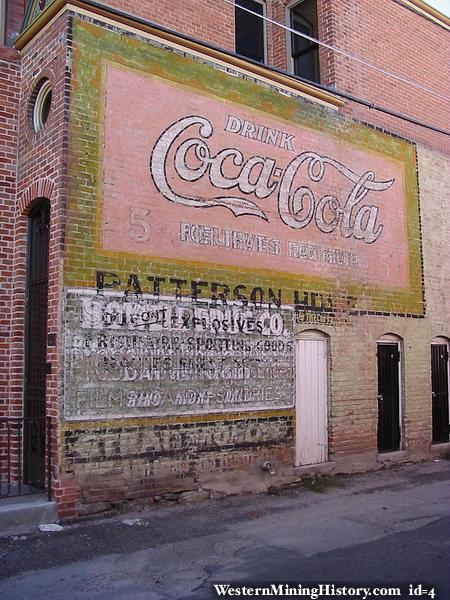 The Denver and Rio Grande Railroad included with their tickets to Salida the opportunity for a sightseeing trip along their narrow gauge rail that passed through the valley and mountain passes around Salida.

Doctors in the east would often recommend their patients go to Salida to heal their various maladies in the fresh mountain air. The railroad would send passengers to Salida until 1964 when it stopped service to the town, and the railroad dept was demolished in 1985. 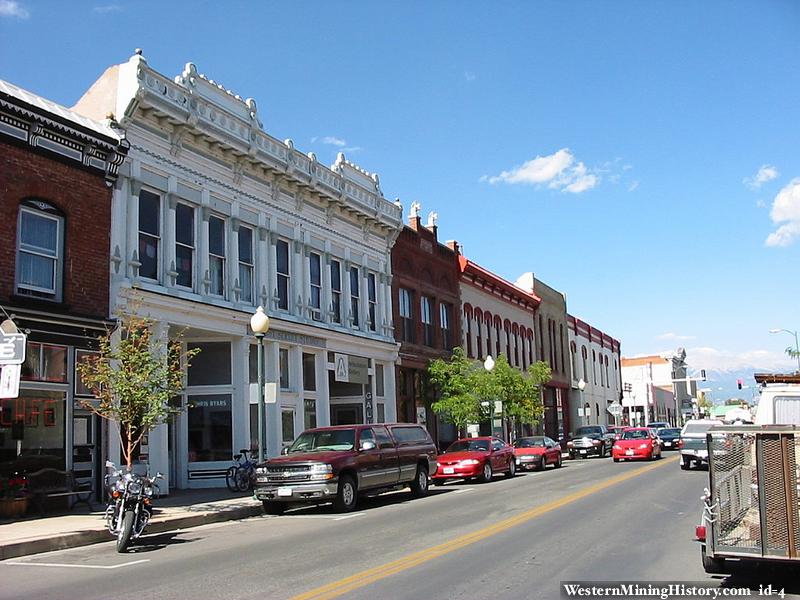 Today, Salida is still a tourist town, boasting of its year round good weather, family friendly hot springs, mountain climbing, whitewater rafting, and fishing. The permanent population of the town is around 5,200. The Historic Downtown District hosts candy shops, art galleries, and restaurants. Salida has been called the “Heart of the Rockies”, and the town embraces that nickname to the fullest.