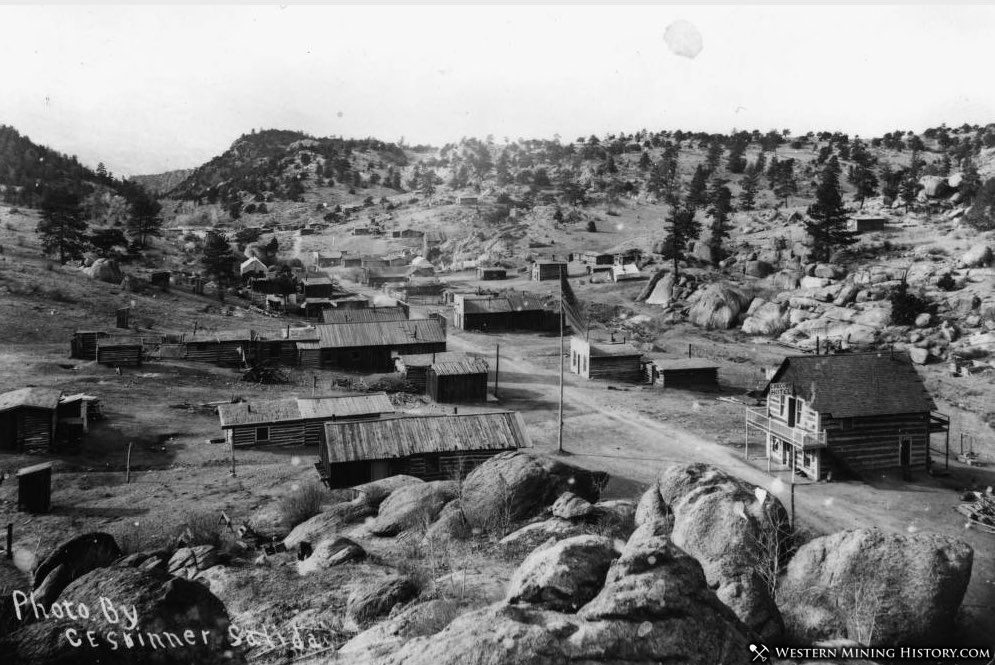 Cat Creek valley was the location of extensive timber operations for more than a decade prior to the 1897 discoveries that would spur the development of a new mining district, and the settlement of a new town. The original settlement was known as Camp Austin, but the name would soon be changed to Turret. By 1898, Turret had a post office, and several hundred miners, prospectors, and businessmen were residing in the new town.

Within a year of the initial excitement Turret had a hotel, a saloon, several stores, an assay office, a butcher shop, and a newspaper. A September 1898 edition of the Chaffee County Record describes activity at the camp: 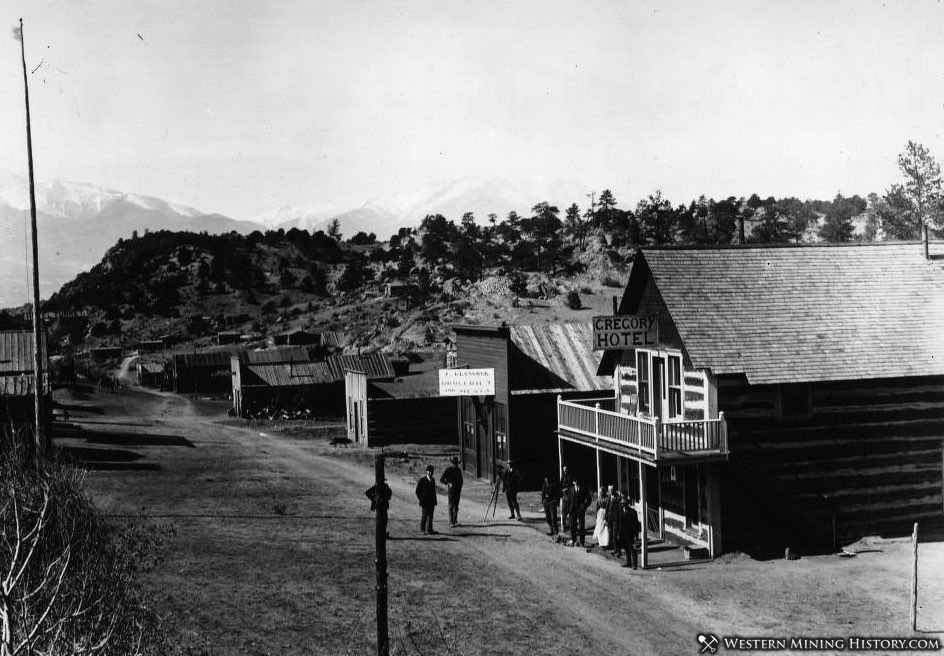 "W.W. Dedman was down from Turret yesterday, and says that camp is coming out rapidly. The pay roll there has now reached $78 per day. Yesterday the Jasper was leased to Chicago parties for $30,000, and the Golden Wonder and Vivandiere, owned by E. Becker & Co., were sold for $2,000 cash. This was taken by other Chicago parties."

"There are now four companies of capitalists working at Turret. One man named Welch, from Chicago, has purchased seven claims, and in the Waverly, one of the seven, he has a ten inch streak which runs 5 ounces in gold." 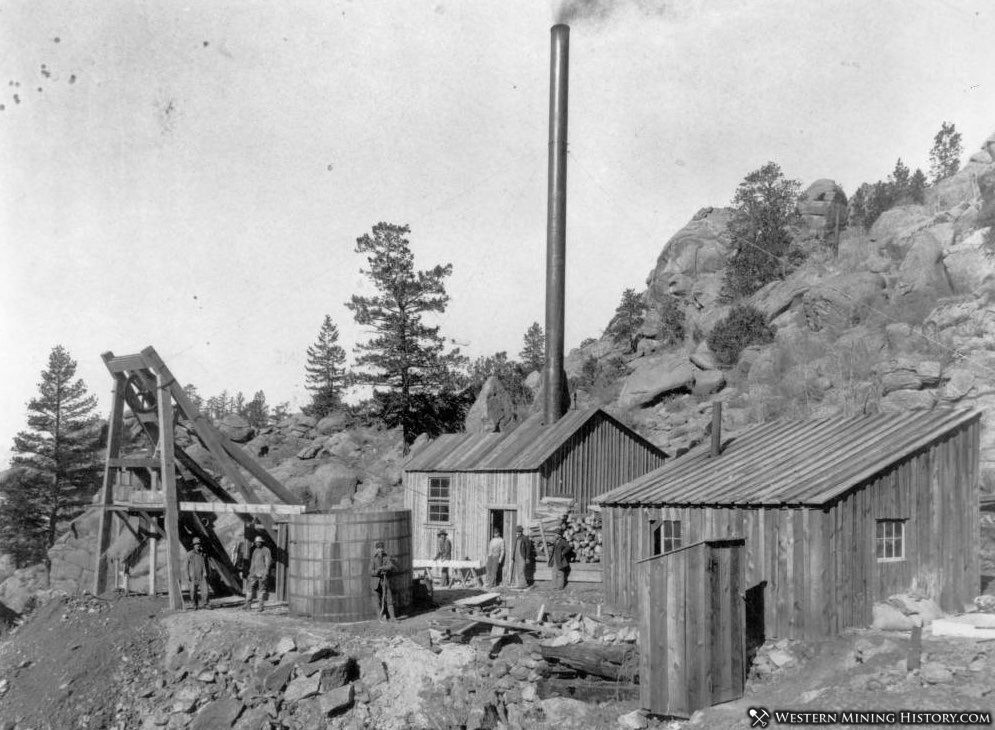 Vivandiere Mine at Turret, Colorado

"The Gold Bug has been leased by new parties, and they are finding from $4.50 to $10.00 in the solid granite — something heretofore unknown in mining history."

"A newspaper is to be started at Turret shortly, to be known as the Turret Wildcat."

"The prospects in this camp are now brighter than ever, and everybody is well pleased, saying nothing and sawing wood." 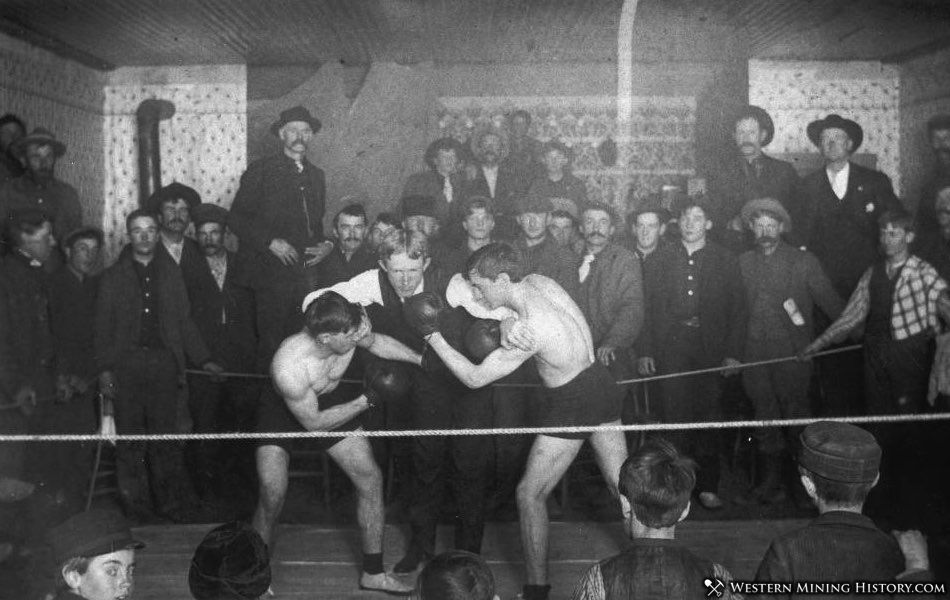 Important producers in the area were the Vivandiere and Gold Bug mines, and many others.

The Vivandiere mine was often mentioned in Salida newspapers throughout the first decade of the 1900s. In December of 1901 the mine was described as "a regular producer and splendidly equipped." A mill was constructed at the mine starting in 1903 and was operational by April of 1904. Articles mention that the mine was idle during part of 1906, but that operation resumed later that year. The mine would produce ore for many years.

After 1910 the Turret district remained active but was much quieter than the exciting years around 1900. The varied nature of the Turret mines, producing gold, silver, copper, and lead, helped the district stay alive for many decades.

Turrets post office closed in 1939. Today Turret is a ghost town but has a few old log buildings remaining. 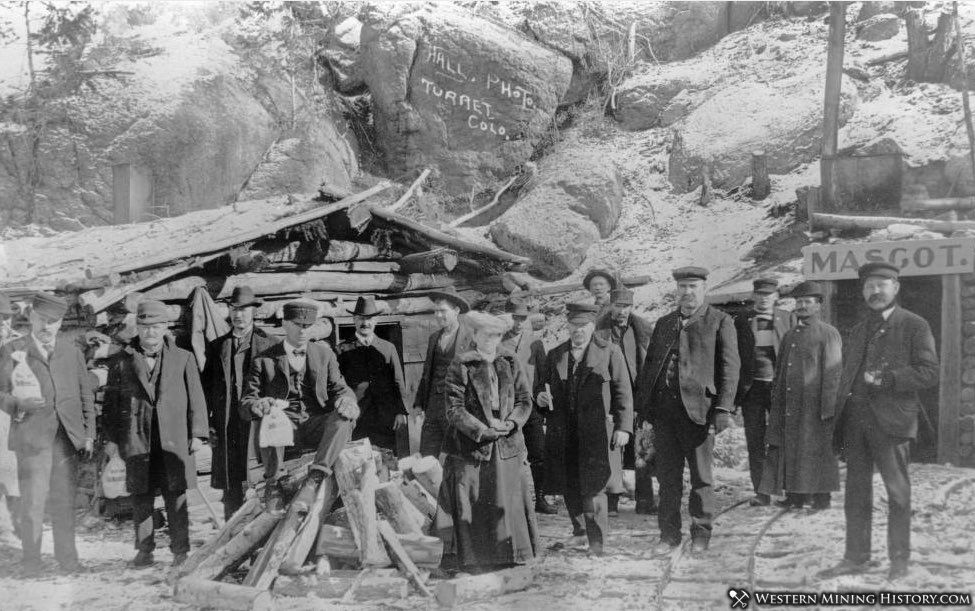 Crowd at the Mascot mine Turret, Colorado

Frank Carpenter Meets a Horrible Death at the Jasper Mine

The following article appeared in an August 26, 1902 edition of the Salida Mail

Shortly before 4 o’clock yesterday afternoon Frank Carpenter, a miner, came to his death in the most horrible manner at the Jasper mine about a mile from the town of Turret.

As far as can be learned Carpenter and his partner, Dan Hartwig, had been working at the bottom of the shaft which is about 130 feet in depth, and having finished drilling and having put in about eight or ten shots and lighted the fuses got on the bucket and gave the signal to hoist.

When the bucket had been raised about 40 feet, the machinery became unmanageable for a few seconds causing the bucket to stop in the shaft. This circumstance seemed to fill Carpenter’s heart with terror for he at once started to climb the cable.

Hartwig tried to prevent this action on Carpenter’s part at the same time assuring him that the bucket would be hoisted in ample time for their safety. Carpenter did not heed the assurances of his partner but struggled violently and succeeded in breaking from his grasp and starting up the cable hand over hand.

All went well until he got about twenty feet above the bucket, when his grasp on the cable relaxed and the unfortunate man fell down the shaft a distance of about 60 feet.

There is little doubt but the fall alone would have been fatal but to add to the horror of the affair, the body of Carpenter struck the bottom of the shaft just at the moment the charges of dynamite were exploded.

An hour later searchers for the body found it, mangled and torn, partly buried under a mass of rock and dirt. The shattered remains of the unfortunate miner were finally extricated and taker, to the surface and the coroner notified.

The hoist used at the Jasper mine is a gasoline affair and some mining men claim that such are known to occasionally stop for a few seconds for no apparent reason, which was probably the case in the affair of yesterday afternoon.

A particularly sad feature of the matter is the fact that Frank Carpenter, the Victim, was a young man and had taken unto himself a wife but a short time ago. His newly-made widow is at present at Montrose and has been notified of the tragic death of her young husband.

Young Carpenter is said by those who have known him long to have been a young man of excellent habits and good repute. He was about 30 years old and had been employed at the Jasper since he quit the Vivandiere about July first.

No arrangements have been made as yet for a funeral, and it is probable that an inquest will be first held to determine the responsibility it possible for the accident.