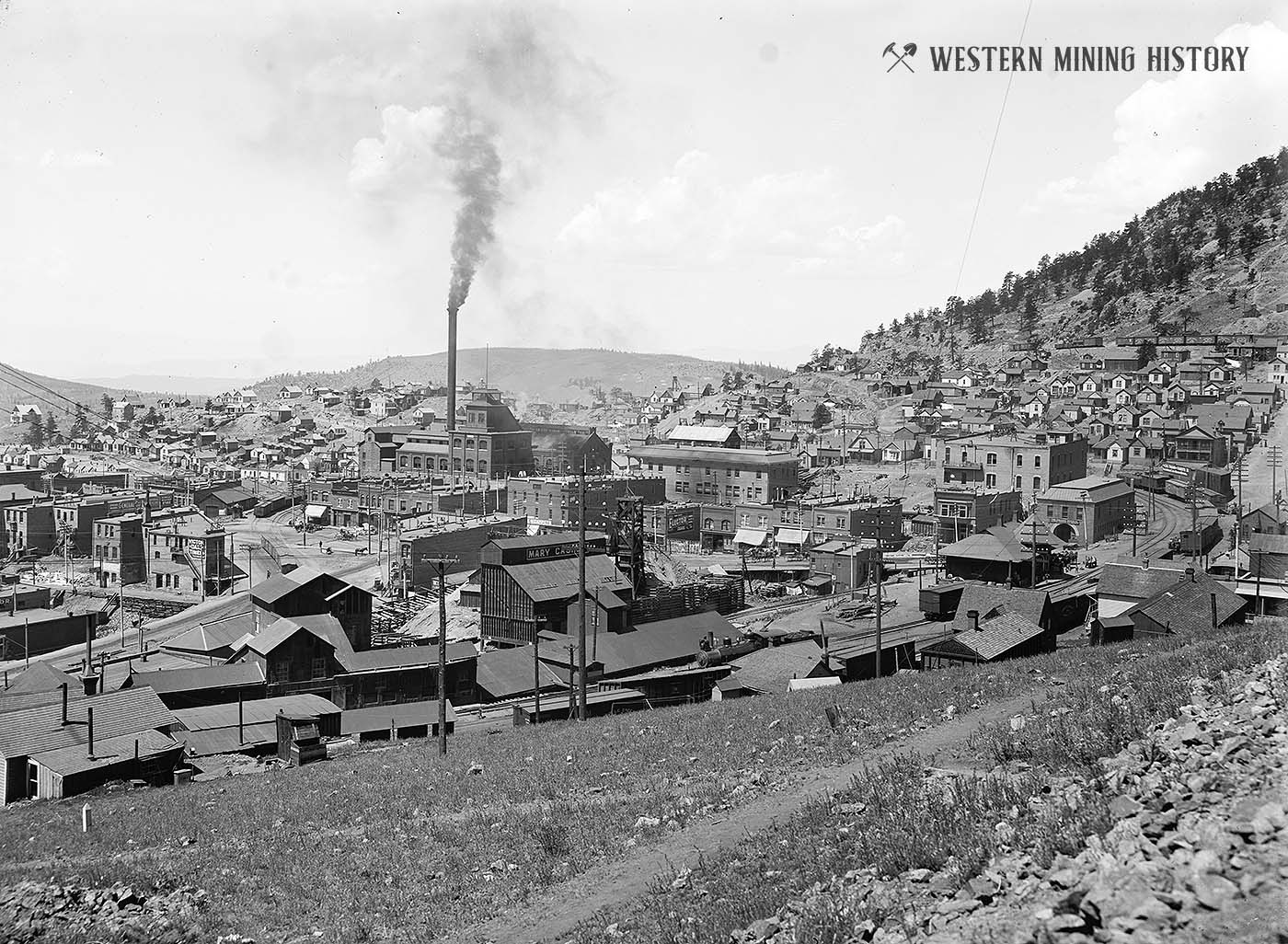 Victor was established in 1891 after gold was discovered in the area. The town was founded by Frank and Harry Woods, and took its name from Victor Adams, one of the early pioneers in the area. Initially a settlement of tents and miners' shacks located on the slopes of Battle Mountain, by 1894 Victor was incorporated and quickly became one of Colorado's most important cities. 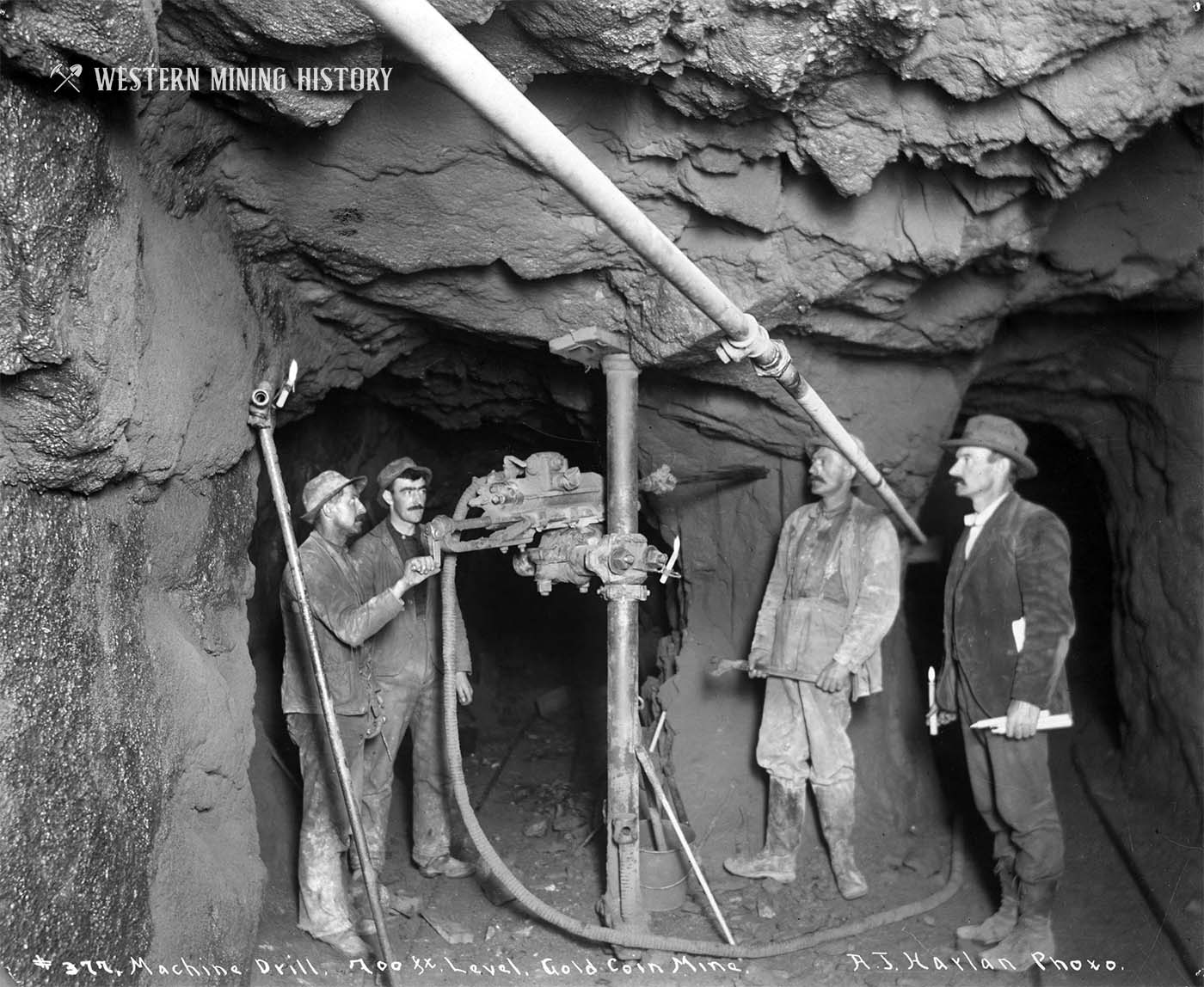 Drilling in the Gold Coin Mine - Victor, Colorado

Although Cripple Creek was larger, Victor was known as the "City of Mines" - a name earned from the fact that the districts four richest mines were located near the city. The Portland, Cresson, Ajax, and Independence mines together produced more than one-third of the district's gold. The total gold production for the victor area was over 12.5 million ounces.

To further prove that Victor was the district's "City of Mines", a rich gold vein was discovered during the excavation of a hotel foundation in the central part of the city. The Gold Coin mine was established on the spot, and instead of a hotel a fabulously ornate hoist house was built that became an iconic symbol of one of the nation's richest gold cities.

A railroad was built to Victor in 1894 and that year the population was reported to be around 8,000. By 1899, the year of the great fire, it was claimed that Victor had 18,000 residents. The fire struck on August 21, 1899, burning down the entire business district. A newspaper article published the next day in the Telluride Daily Journal summarized the fire damage: 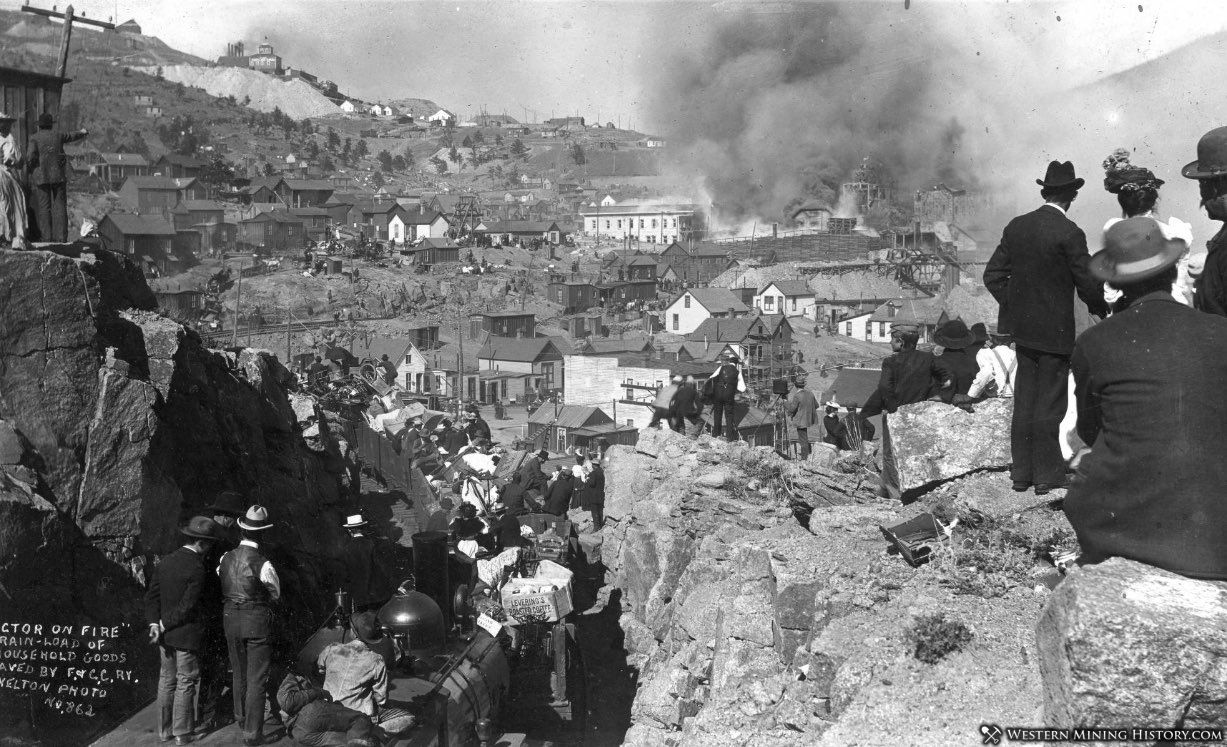 Trainload of residents with household goods escaping the 1899 Victor fire

Town of Victor Wiped Out by Fire. About 8 oclock last evening L.C. Hunt, manager of the Telluride house of the Tompkins Hardware Co., received a telegram from the manager of the Victor house of the same firm which read: "Store and warehouse burned down. Entire business portion of Victor gone." Between the store and warehouse three blocks intervened, and to the telegraph office was four blocks in another direction. The telegram was dated at the Goldfield office, indicating that the Victor telegraph office had been destroyed. This will give an idea of the scope of territory devastated by the fire .

Victor was quickly rebuilt with larger and more substantial buildings of brick and stone. Today many of the city's historic structures date back to 1899, the date they were rebuilt after the devastating fire. 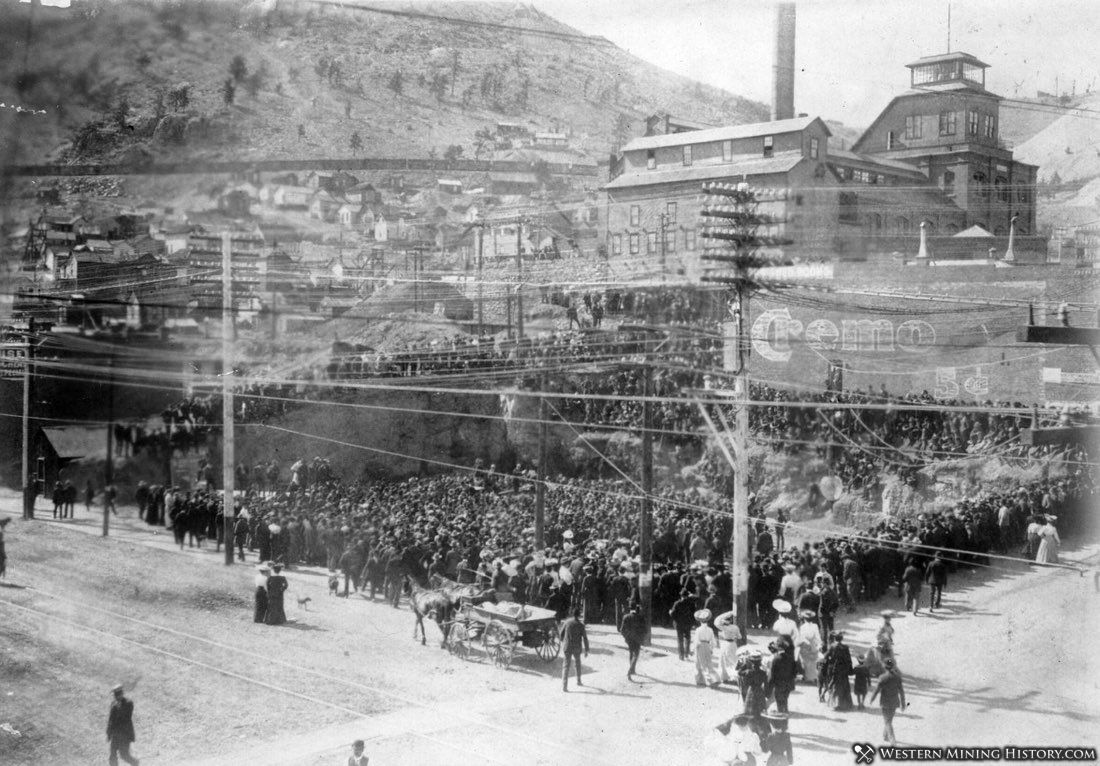 The 1903 strike was particularly violent and was part of a state-wide strike by the Western Federation of Miners. This episode became known as the "Colorado Labor Wars" and culminated in military intervention by the Colorado National Guard. The WFM's union hall in Victor still stands, with bullet holes from the strike-related violence left intact. 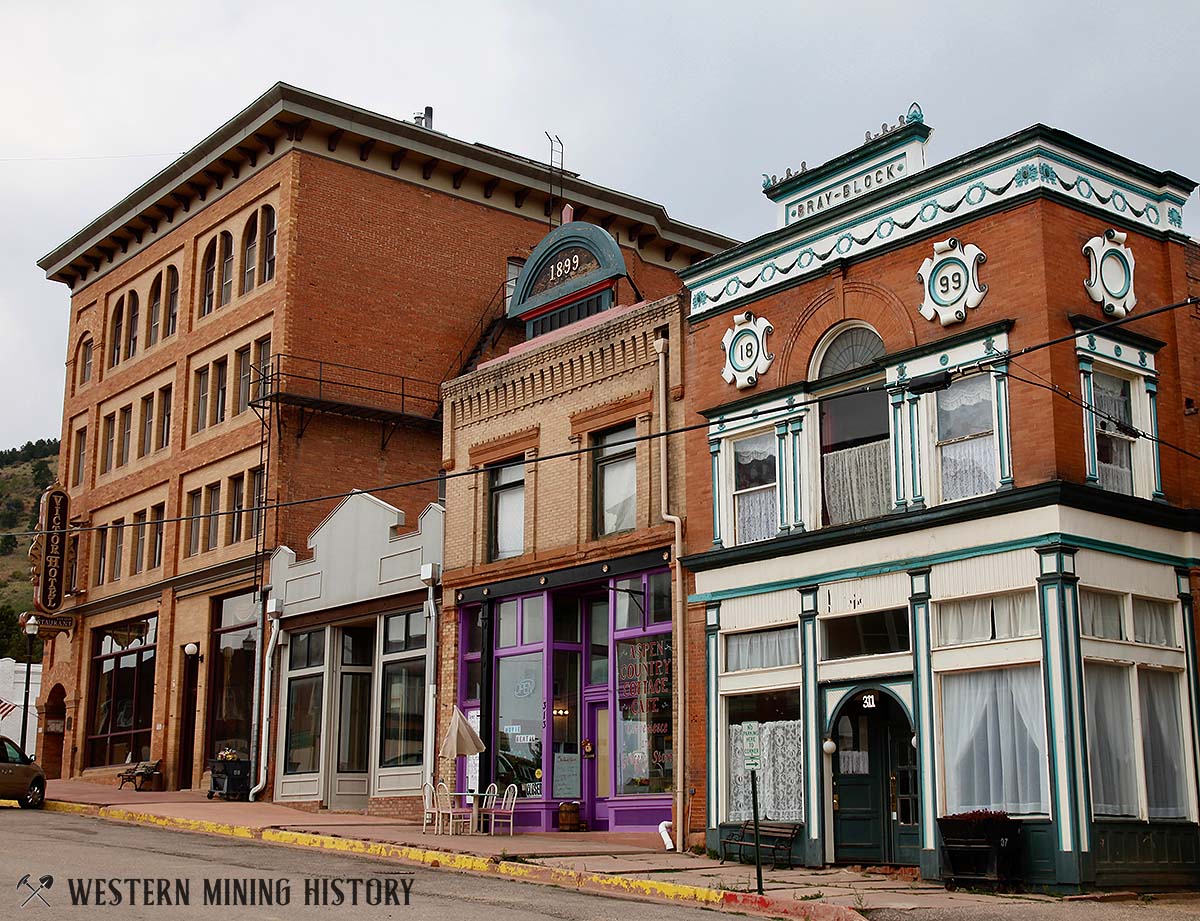 The mines at Victor continued to produce into the 1900s but declined steadily as the mines were worked out. All the mines were shut down by government order during World War II, but mining resumed after the war. The last mines in the district closed in 1962.

Tailings were reworked starting in the late 1970s, then in 1994 an open-pit minining operation began that still operates today. Unfortunately the ever-expanding pit has swallowed a great many of the historic mines that made the district famous.