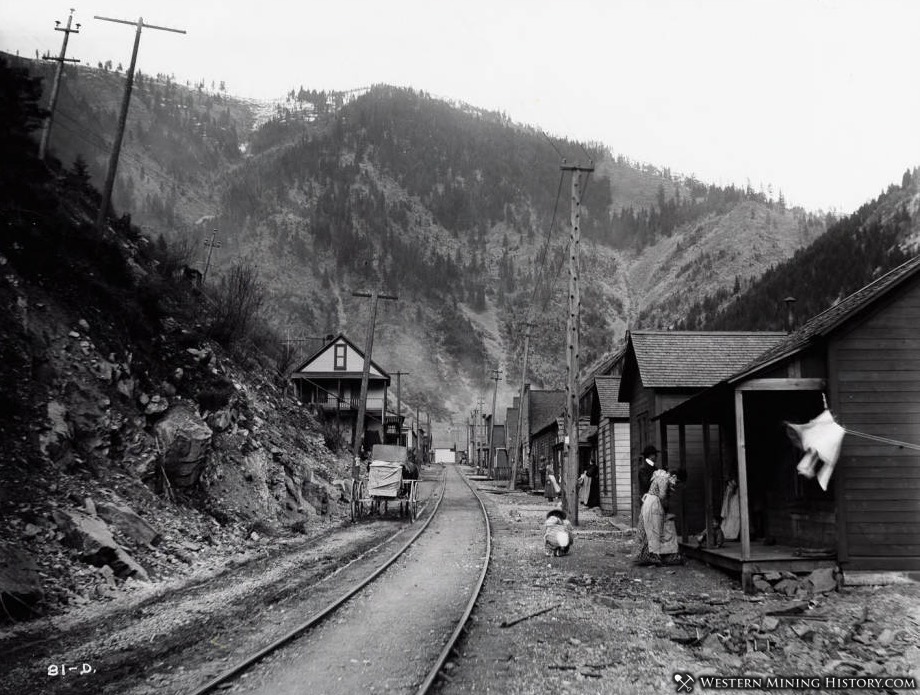 Black Bear was one of the many settlements that were established among the mines of Burke Canyon, between Wallace and the town of Burke.

During the late 1800s and the early 1900s, thousands of people lived in the various communities in the canyon. All of these towns were prone to avalanche and fire, and Black Bear was no exception.

Newspapers reported on the various disasters that struck the town:

April 26, 1908 — Fire this morning caused a loss of $75,000 at Black Bear, a small mining town in northern Idaho. The fire started in a saloon and nearly all the business houses and many of the residences were burned. Two of the best houses in the town were blown up with dynamite to stop the flames. 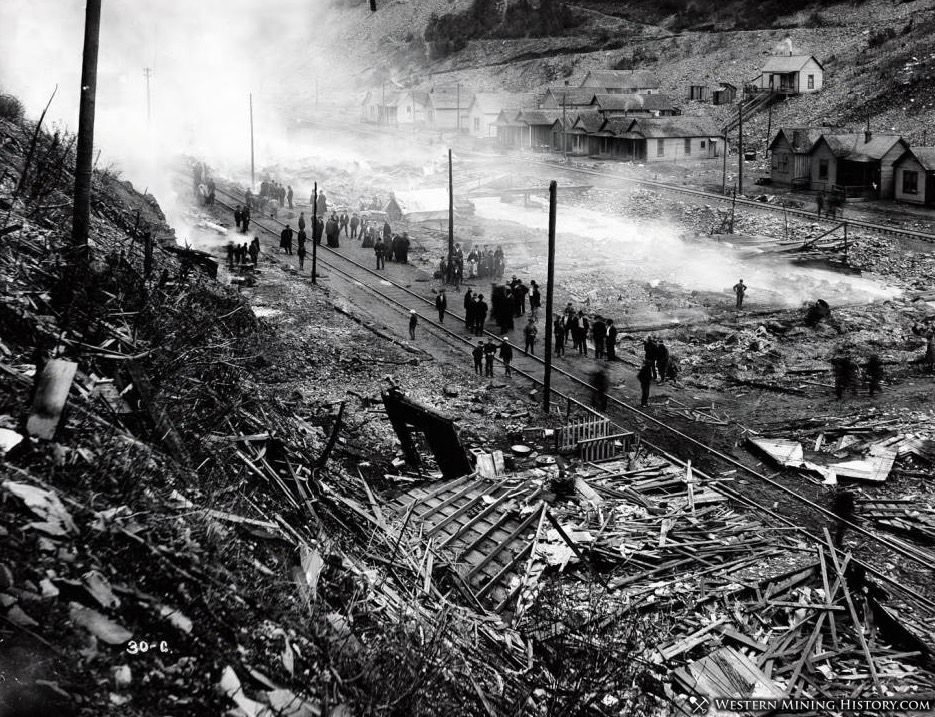 Scores of people were rendered homeless and nearly $100,000 worth of property was destroyed by fire that swept Black Bear, a small town between Wallace and Burke, Idaho, last night.

With the exception of a dozen small cottages in each end of the town there is not a building left standing.

The fire was started by a defective flue in the Black Bear hotel, and in an incredibly short time the whole town was ablaze. The fire was only stayed after dynamite was used to destroy several houses in its path. The electric power line, which transmits power from Spokane Falls to several mines for running the mills, is burned out, and those mines are left idle.

With the exception of $2500 insurance carried by the storekeepers the loss is entire.