Originally known as “Bannock”, Idaho City was settled in December of 1862, early in the gold rush to the Boise Basin region of southern Idaho. The Boise Basin rush was the largest since the California Gold Rush of 1849, and by 1864 Idaho City would become the largest city in the Pacific Northwest, eclipsing even Portland, Oregon.

The placers of the Boise Basin region were often extremely rich. Reports from the Fall of 1862 put the average value at $18 a pan, with some lucky miners taking as much as $80 per pan out of their claims. Miner William Pollock reported the following during January of 1863:

You could not buy any of our claims for $3,000 down, and as for mine, I would not sell for any price, as I think all the money I want is in the claim. I think there is about 2,000 men on Granite Creek or near here, and thousands more will find good diggins here in the Spring. The snow at present is about four feet deep, and keeps acoming. We cannot work much, but we find plenty of pine trees for fuel, and plenty to eat and drink. 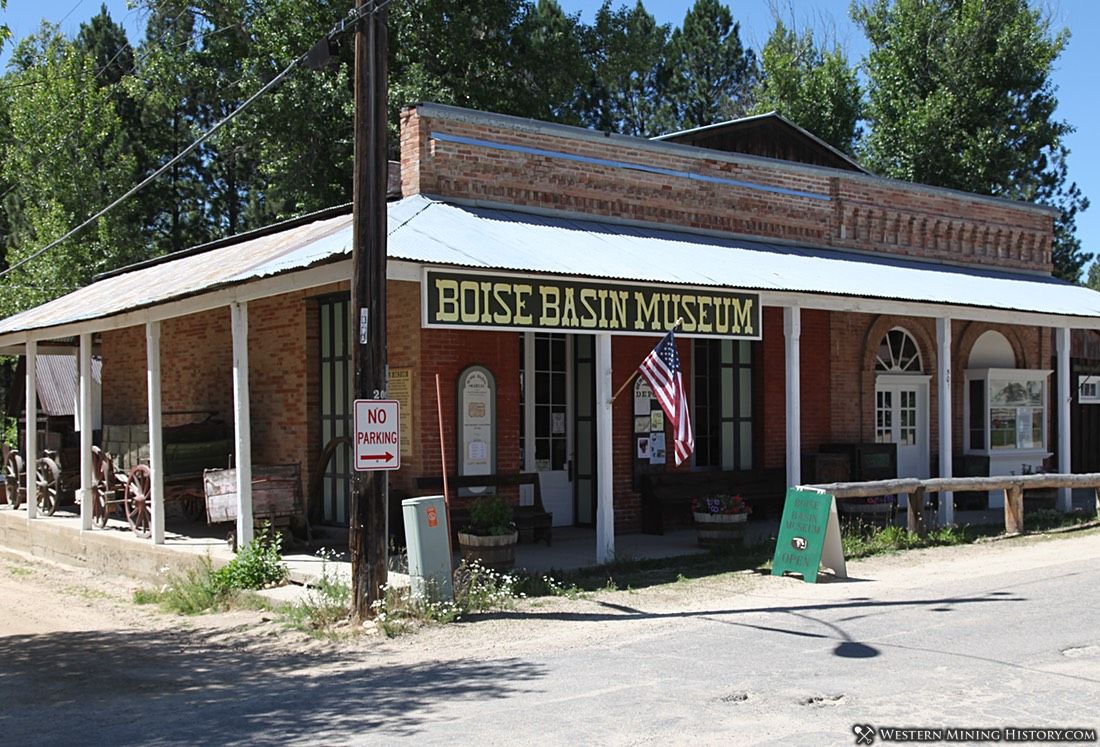 Placerville emerged as the largest settlement in the first few months of the Boise Basin rush, but Idaho City outgrew Placerville by the Summer of 1863 and became the center of the Boise Basin mining scene. It is estimated that Idaho City had over 7,000 residents by 1864, making it the largest city of any type in a vast region dominated by wilderness. 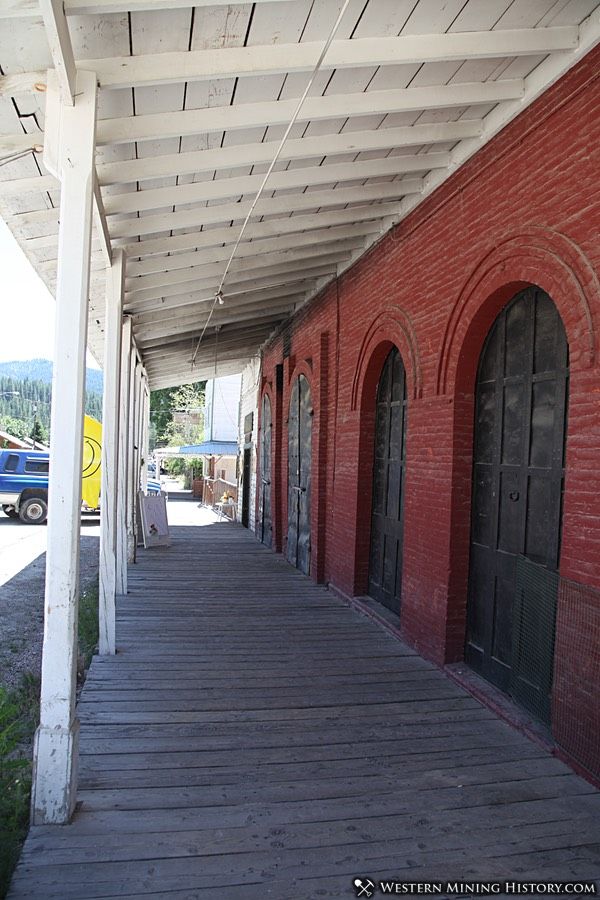 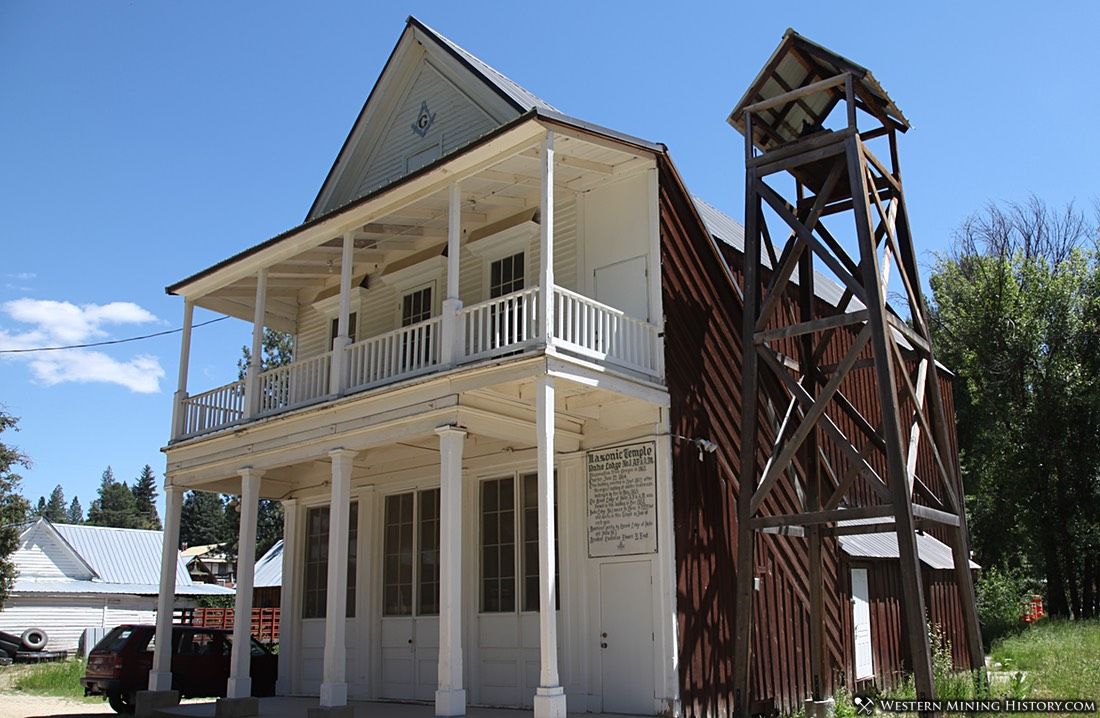 The Daily Alta would report that during the summer of 1863 “Crime is frequent, homicides occur almost every day. There are no churches or schools”. However, conditions seemed to have improved a few months as another report described:

On Sundays the miners swarm into town from their camps, and render the day exceedingly lively, especially as they purchase most of their supplies then, and do their drinking for the week. Society is rapidly improving here, owing, doubtless to the influence of women, a large number of whom are here and perhaps to the promptness and vigilance of our officers, who leave no stone unturned to ferret out and bring justice offenders against law and order. 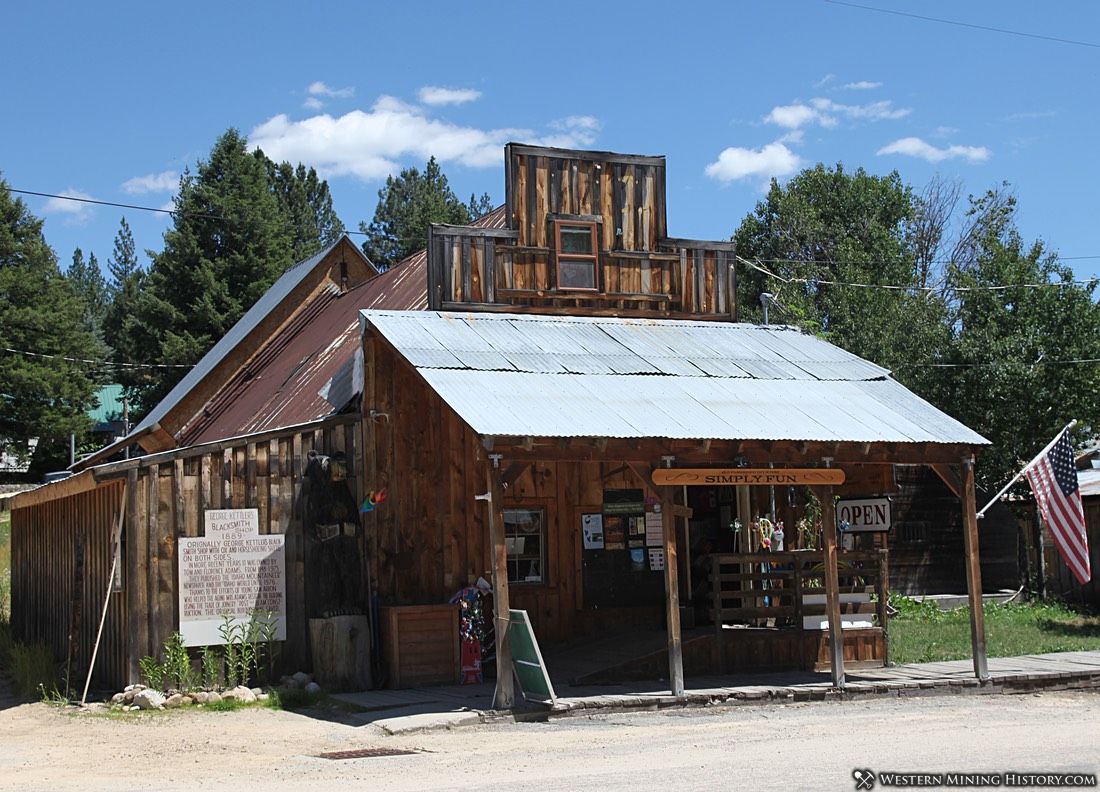 A night scene in the Boise mines is as brilliant and magnificent as any similar spectacle to be met on the green earth. We counted more than thirty mining fires on Tuesday evening from a single standpoint in front of our office door. The ringing of shovels as the auriferous gravel slides from the blade is distinctly audible above the murmur of the water in the sluices, conspiring with the haze and smoke through which the mountains beyond are dimly visible to render the scene most interesting and lovely.

Idaho City had four disastrous fires during the 1860’s and early 1870’s. Despite the loss from these fires, many of the city’s brick buildings survived and are actively preserved today. 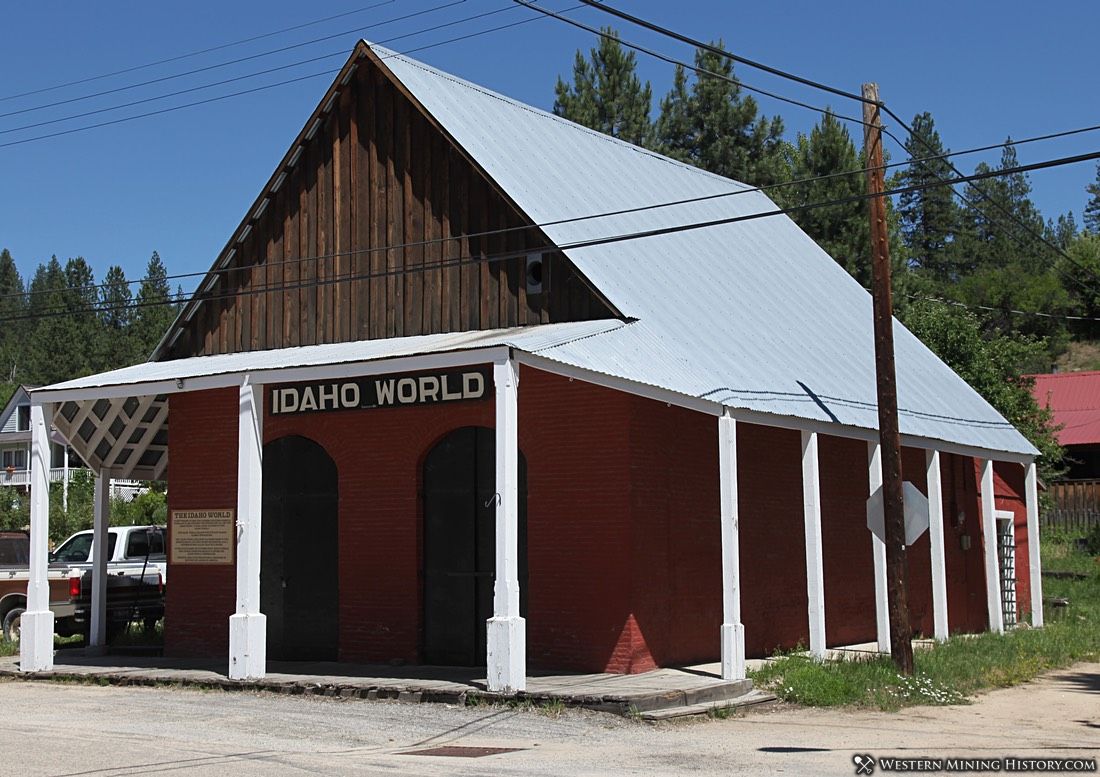 In 1863 the “Boise News” (later called “Idaho World”) was established in Idaho City and is Idaho’s longest running newspaper.

The Idaho territorial penitentiary was built in Idaho City in 1864. The building is preserved and on display in the town with the following sign that outlines its history: “Built in May, 1864 by G.B. Walker at a cost of $10,975, jointly used by Idaho Territory and Boise County. Original site was on Buena Vista Bar west of city. Building was moved to make way for gold mining, and moved twice more before being placed on present site in 1953 by Sons and Daughters of Idaho Pioneers.”

Like many of Idaho’s placer mining districts, the Boise Basin would decline by the 1870’s as the richest of the placer deposits had been worked out. Chinese moved into the area by the thousands to work the lower-grade deposits and rework claims that were previously mined.

By 1870 Idaho City would have half of the population it had during the boom years, and half of that remaining population were Chinese. 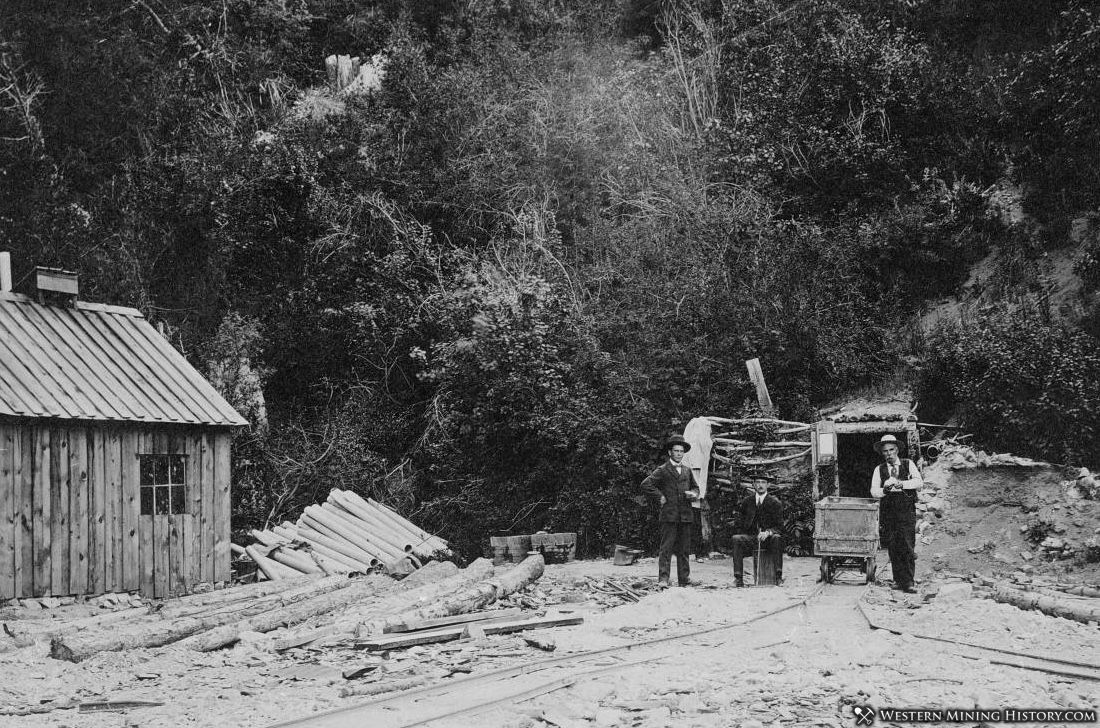 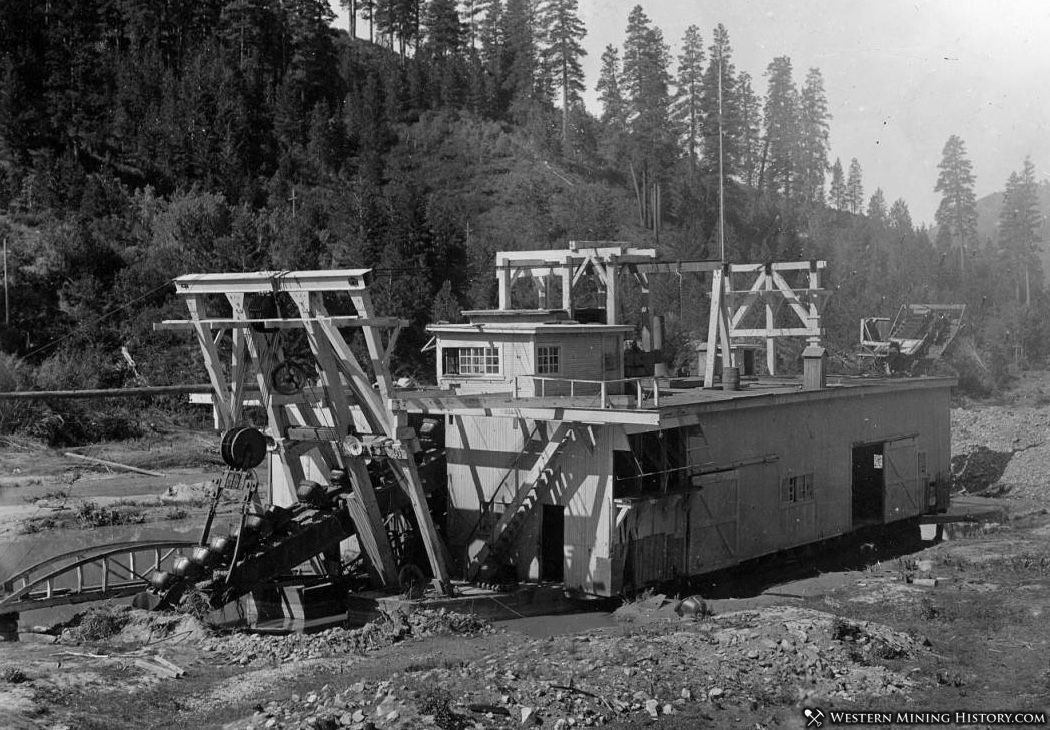 Dredging in the early 20th century would once again prop up the Boise Basin gold industry and keep towns like Idaho City on the map.

Today, only small scale miners work the placers of the Boise Basin. Idaho City is still alive and well with around 500 residents. The town has numerous historic brick and wood buildings from the gold rush days and is a popular destination for tourists.

Map of the Overland Route to the Boise and Owyhee Mines (1863 Newspaper)
This 1863 map and accompanying article describe the overland routes to the Boise Basin and Owyhee mining regions of Idaho.