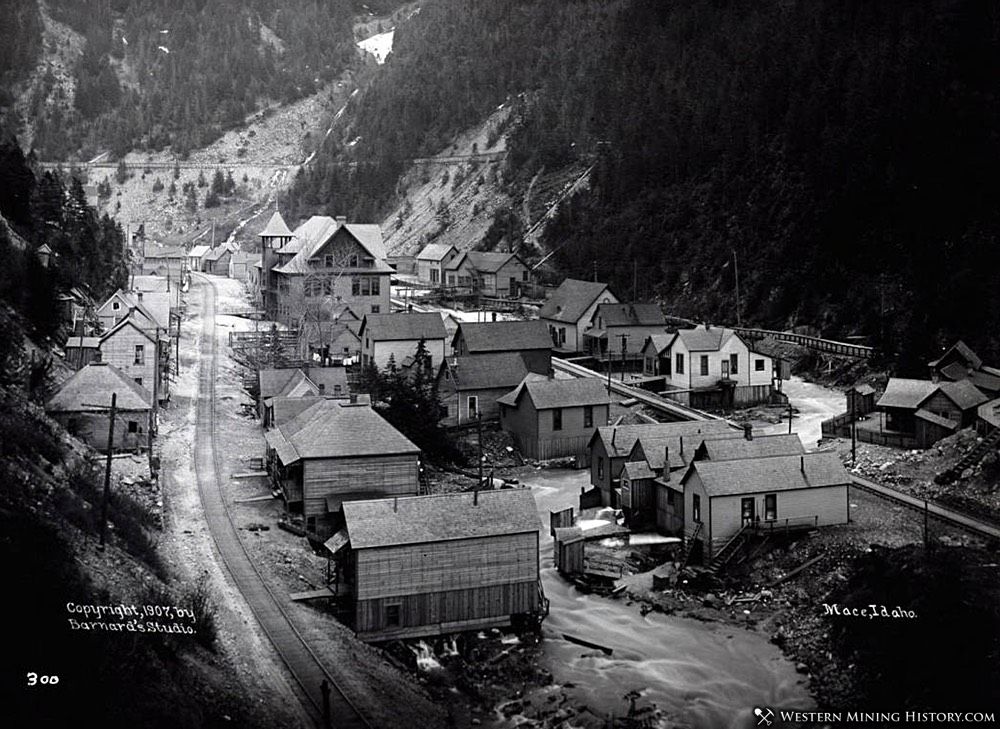 Mace was one of the many settlements that were established among the mines of Burke Canyon, between Wallace and the town of Burke.

Like all the towns in Burke Canyon, Mace was prone to natural disaster. The worst disaster was the Avalanche of February 27, 1910, which destroyed most of the town. 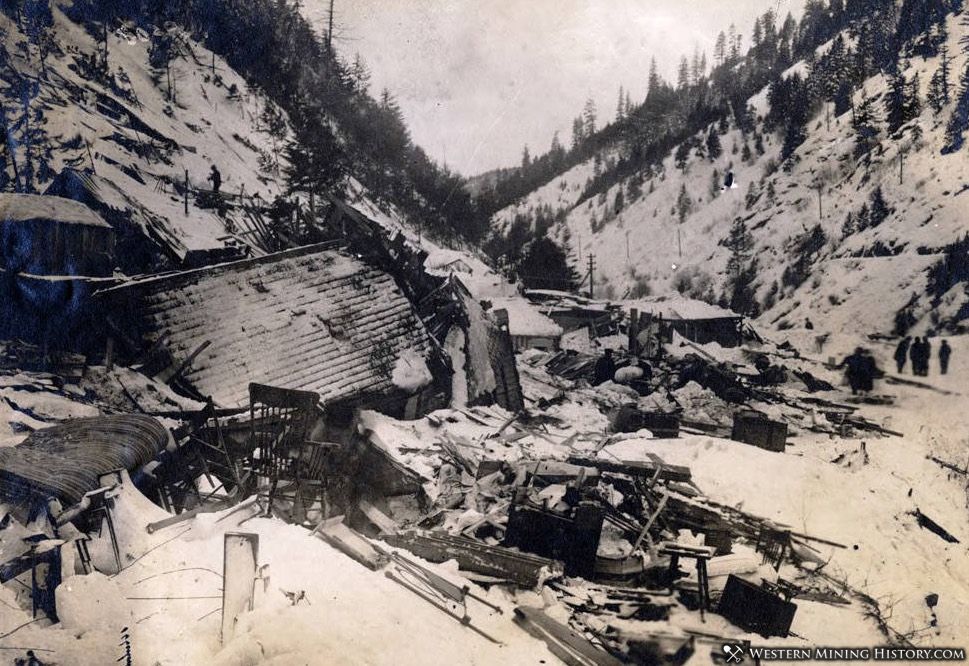 Mace, Idaho destruction after the 1910 avalanche

The 1910 avalanche affected several towns in the canyon, but Mace was the most badly damaged. It is estimated that in total more than 20 people were killed and hundreds were injured. 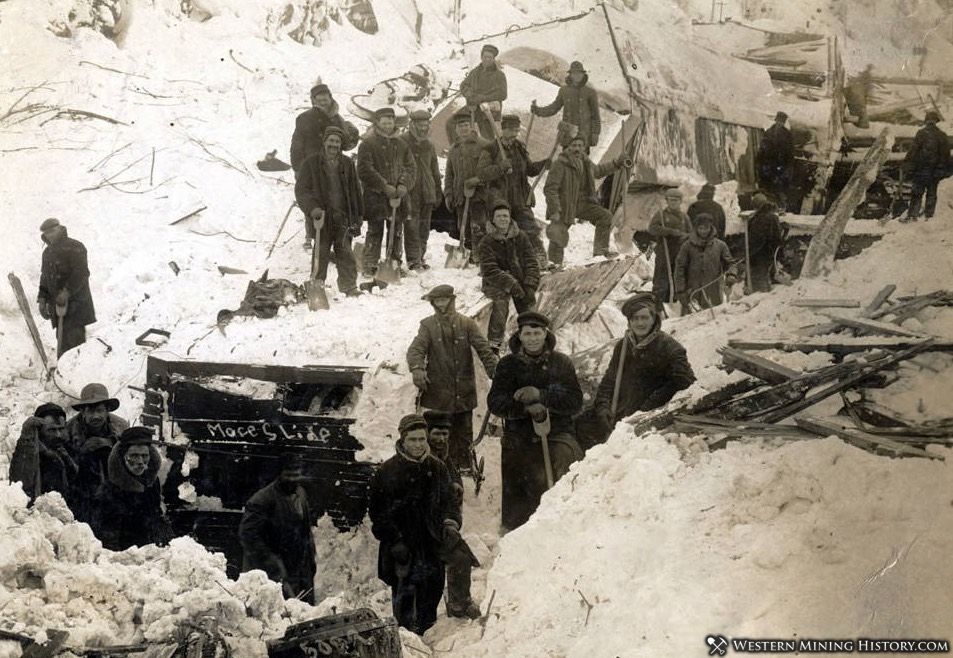 Men dig out after the Mace, Idaho 1910 avalanche

A newspaper article published shortly after the deadly avalanche relates some of the details:

IDAHO’S DESTRUCTIVE AVALANCHE
Property Loss Estimated at Over $300,000 While Loss of Life Has Been Heavy - Already 18 Bodies Have Been Recovered.

Eighteen are known to be dead, 12 seriously Injured and property loss estimated at over $300,000, are the results of snow slides and avalanches at the mining towns of Mace, Burke and Carbonate In the rich Coeur d’Alene district of Northern Idaho.

The loss of life Is heaviest at Mace, where there are 12 dead, while the heaviest property loss Is at Burke, where the slide Is a mile and a half long and the canyon Is filled to a depth of thirty feet. 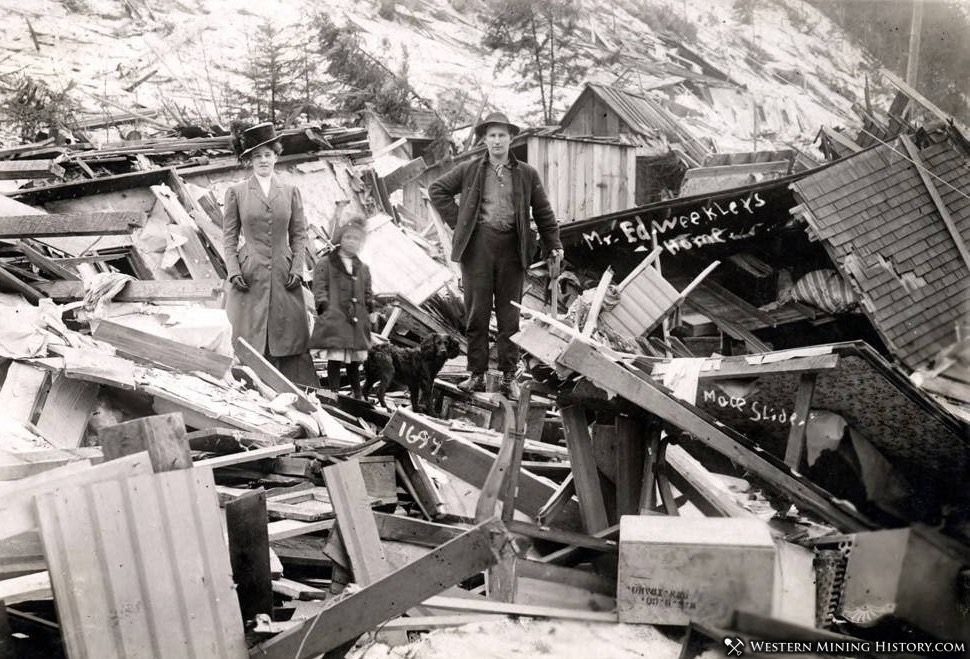 The houses were swept away by the slides as If they were built of cards. The total results are only guesses, as no one knows even how many are missing or the number of dead. The loss of life Is now believed to be less than generally supposed all day. 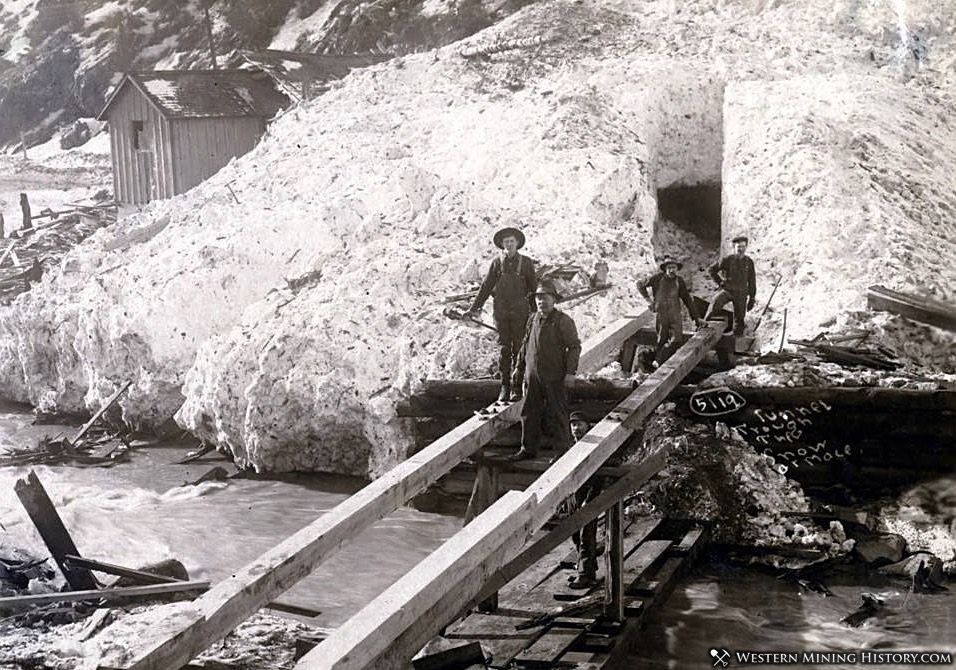 Although it had become obvious that the various town sites in Burke Canyon were prone to all sorts of disasters, the rich mines of the area ensured that the towns would be rebuilt after every incident. Mace was rebuilt after the 1910 disasters and carried on for decades to come.

While the 1910 avalanche was the most destructive, it was certainly not the only one that hit Mace over the years. An article from 1956 reveals the death of a ten year old boy and 14 others trapped by an avalanche in the spring of that year.

The communities of Burke Canyon were marked by disaster quite often. On February 25, 1902, a boarding house fire killed four miners:

Four men lost their lives and a dozen others were injured, three probably fatally, in a fire of unknown origin, which destroyed the boarding and bunk houses of the Standard mine at Mace, Idaho, shortly after last midnight. The dead: J. W. EDWARDS. D. R. MANN. EUGENE BANGS. M. T. MOORE.

The fatally injured: - T. J. Yarborough, E. McCallum and John Bowbay. Sixty men were asleep in the two buildings when the fire was discovered on the second floor of the boarding-house.

Other than the various disasters that struck Mace over the years, not much is documented about the day to day life of the town. Nothing is left of Mace today.