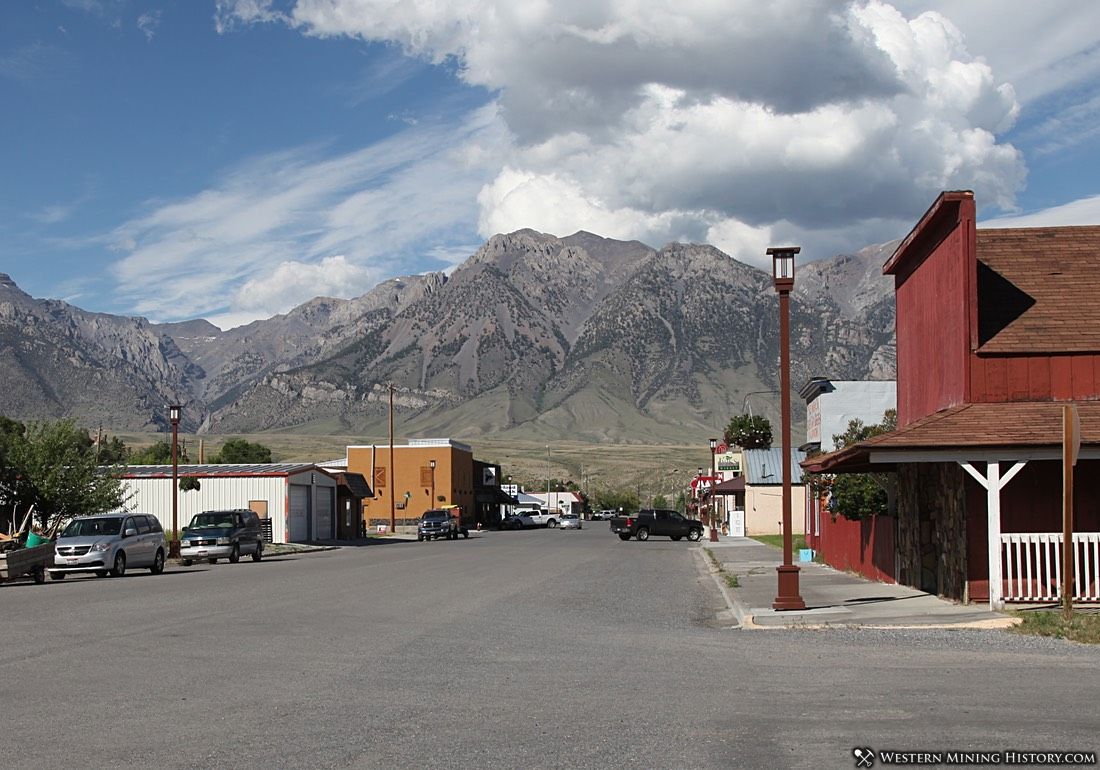 Copper was discovered in 1879 in the White Knob mountains near the current town site of Mackay, Idaho. Initially towns like White Knob and Cliff City sprang up near the mines but by 1890 Mackay was established in the valley below and rose to prominence as the regional mining center.

The 1912 USGS publication "Geology and Ore Deposits of the Mackay Region, Idaho" outlines the early mining history of the Mackay area:

Mining activity in the Mackay region began soon after the discovery, in 1880, of the rich lead-silver deposits in the Nicholia district, which is a few miles north of this region.

The copper deposits near Mackay were discovered during this early period of mining activity but were not exploited until more than a decade later, when the mining industry of the region to some extent revived.

Since 1900 the history of the mine now owned by the Empire Copper Co. has been essentially the history of mining in the region. Operations on this group of claims began on a large scale in 1901 with the building of a smelter with two 125-ton blast furnaces at Mackay.

The succession of White Knob companies which owned this property during the next five years is notorious in the annals of mining, each being a drain on the investing public and a failure more disastrous than the one preceding it.

After an expenditure of about $3,000,000 without a cent of profit the enterprise passed into the hands of the Empire Copper Co., an entirely new organization, which has operated the mine on a leasing system at a noteworthy profit.

The deceit and mismanagement that characterized its early history have been a serious detriment to the development of the mineral resources of the region, but its present management is conservative, and the company is encouraging the local industry in every legitimate way.

Recently the profitable exploitation of the lead-silver deposits of the Wilbert mine has given impetus to this branch of the industry. This mine, formerly known as the Daisy Black, made its first production in 1906, but not until the erection of a 100-ton concentrating mill in the fall of 1911 was it actively exploited.

During 1912 and 1913 the mill was operated most of the time, but in the first half of 1914, owing to the low price of lead, it was closed, although development of the ore bodies proceeded.

The production of the Mackay region can be only roughly estimated, as a considerable part of its output was made during the early period of activity, of which there is no satisfactory record.

Even in recent statistical reports the county is the unit, and as this region includes parts of several counties but not all of any one county it is impossible to assemble accurate figures for the region from these reports. The total production of the region up to January 1, 1914, was probably not far from $3,750,000, of which $2,300,000 came from copper, $100,000 from gold, $700,000 from silver, and the remainder from lead.

Modern Day Mackay, Idaho
Mackay has transitioned into a small ranching and agricultural center. The town is situated in a stunning valley surrounded by Idaho's tallest peaks. The Mackay Mine Hill tour features mining relics and structures from the area's copper mining days and is accessible by passenger vehicle.

On October 28, 1983, the magnitude 6.9 Borah Peak earthquake struck the region and caused extensive damage to the town of Mackay. The earthquake was the most powerful and destructive quake ever recorded in Idaho.