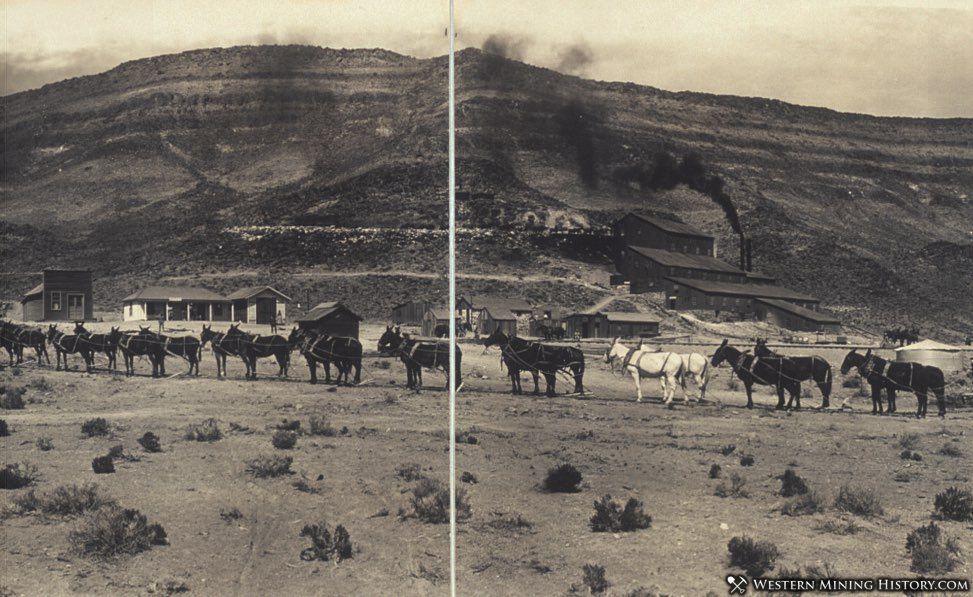 The camp continued to function at a slow level until September 1906 when it received a big boost when the Bullfrog-Goldfield Railroad reached Thorp. The Bullfrog-Goldfield Railroad station was known as Montana Station. The residents did not like that name and when a new townsite was platted in October 1906 the town was renamed Bonnie Clare. Soon after the arrival of the Las Vegas and Tonopah Railroad, Bonnie Clare reached its peak. Mining activity continued until the railroad folded in 1928 and life quickly ebbed out of Bonnie Clare.

There was some minor activity during the period from 1940 to 1954 but Bonnie Clare was abandoned until 2005 when Tonogold Resources initiated the "Bonnie Claire Gold Tailings Project" to rework 12 million tons of tailings. This project, at Bonnie Clair, followed shortly after Tonogold's successful reworking of Big Mill's tailings.