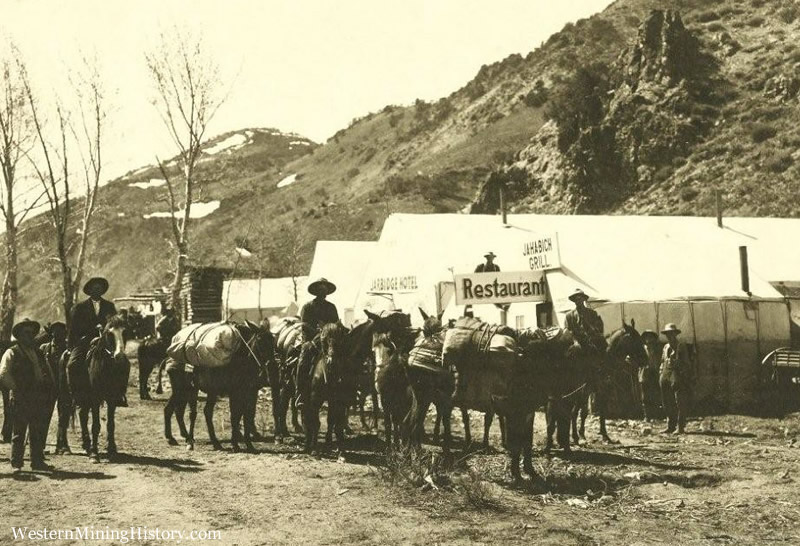 In 1908 Congress established the Humboldt National Forest with a ranger station here at Mahoney. That same year Dave Bourne discovered gold and 1,500 miners moved in, living mainly in tents. The president excluded Jarbidge from the forest in 1911, allowing for private ownership of land.

The lively business district, including numerous multi-story buildings and an eatery built of bottles, was leveled by fire in 1919. After the boom, the population of Jarbidge rarely exceeded 200. The mines closed in the 1930's after producing about ten million in gold. The last stagecoach robbery in the United States happened near this site in 1916. 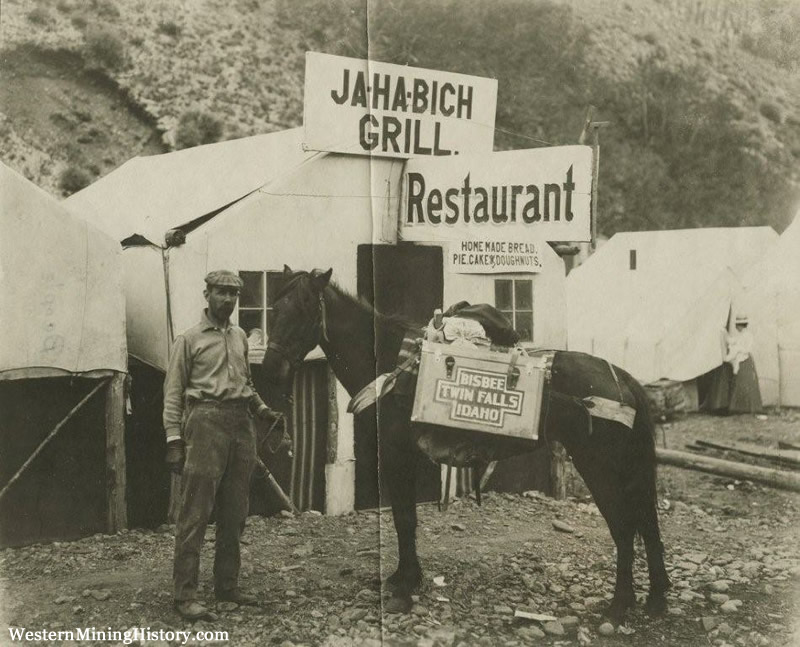 Jarbidge Named For A Giant

As seen in the photo above, the Ja-ha-bich Grill is named after a mythical giant that the Shoshone tribe believed lurked in this canyon. White men arriving on the scene chose a variation of the name - Jarbidge - as the name of the new mining boom camp.

Gold was discovered in the area in the latter half of 1909, and by October of that year fifty men had organized a mining district. That winter inflated reports of the riches discovered at Jarbidge resulted in a stampede the next spring, and over 1,500 men had arrived by the end of March.

Over 500 tents stretched through three miles of the canyon and over 500 claims were filed by mid-April. All this was done in a Wilderness that was still in the grip of winter, with snow still over 15 feet deep in many places. 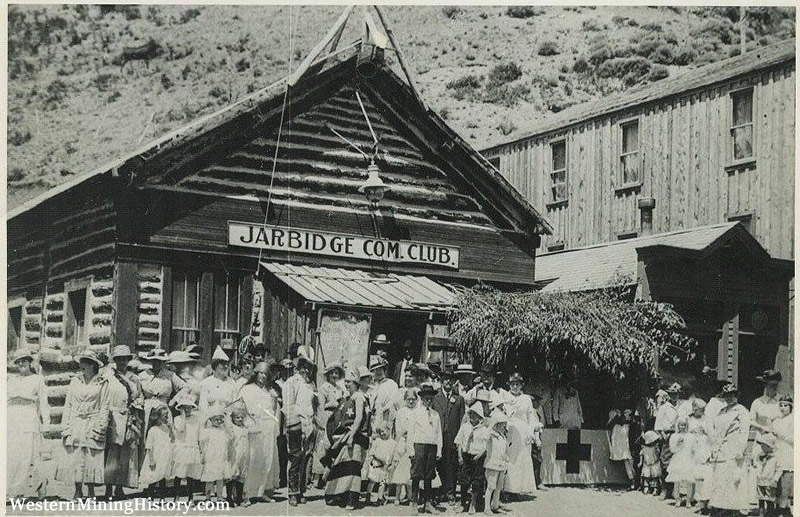 It wasn't long before the miners realized that the reports of the richness of the Jarbidge discoveries were greatly exaggerated. The rush ended as quickly as it started, and an exodus of men left just a few hundred in the camp by summer. 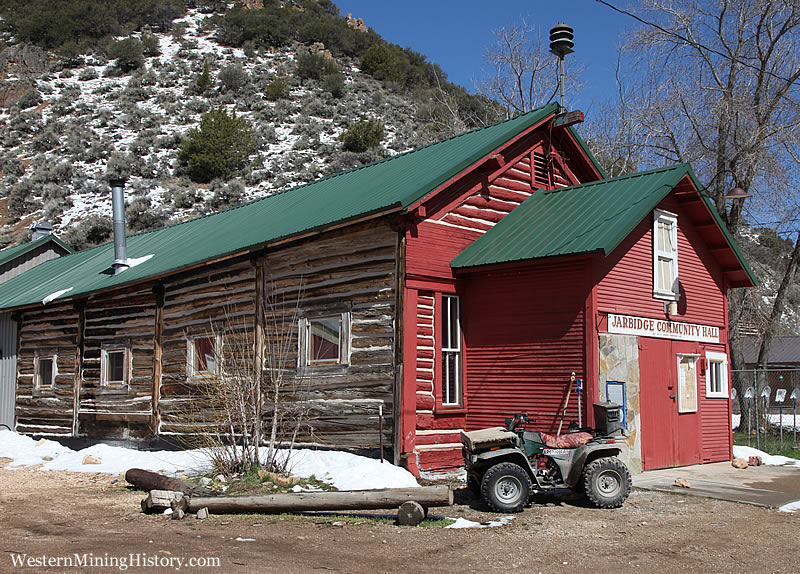 During the summer of 1910 a modest town took shape and wooden buildings replaced the tents of the initial rush. Ironically, once the winter snow finally melted, additional ore deposits were discovered and it turned out that initial rush wasn't so overblown after all. 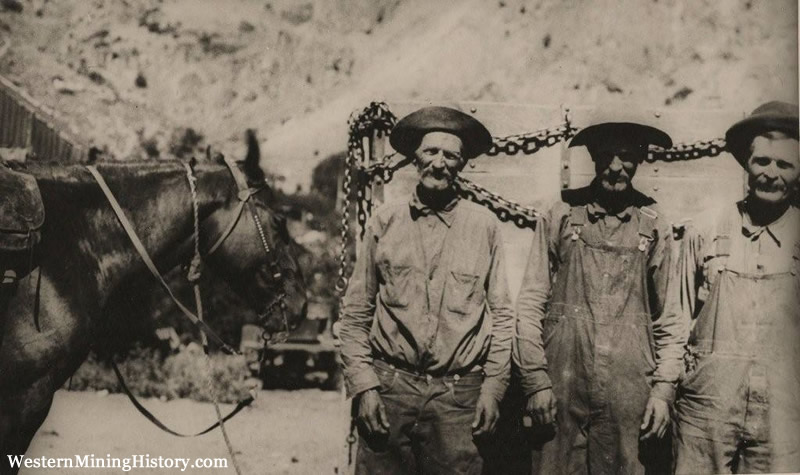 Most of the men left the camp before the next winter, but in the spring of 1911 the previous year's rush repeated itself, this time with nearly 1,200 men flooding into the remote camp. The town again declined that summer and was left with just a small population by the following winter. 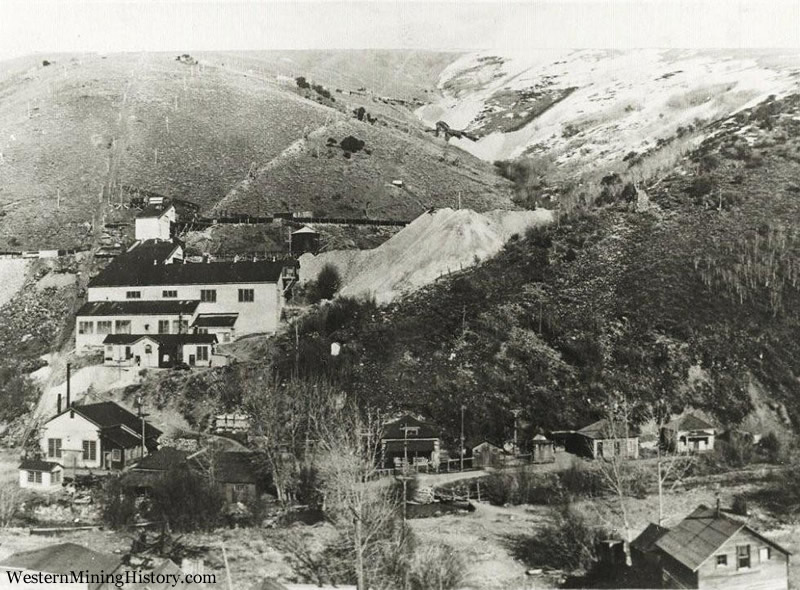 The remoteness of the district and the harsh winter conditions resulted in slow development of the mines. It wasn't until 1918 that the Elkoro Mining Company consolidated the best claims in the canyon, built a mill, brought in electricity, and finally got the Jarbidge mining industry started in earnest.

Ultimately Jarbidge became a mining camp of a couple hundred people that produced about 10 million in gold through the early 1930s. Today Jarbidge has a small population and a handful of old buildings. 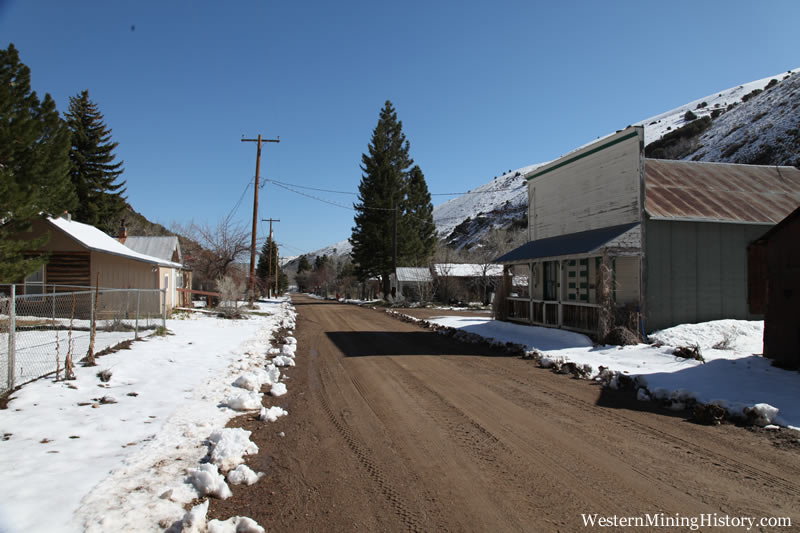 Jarbidge is notable as the location of the West's last stagecoach robbery. On December 16, 1916, a robber killed the driver of the Idaho stage and stole mail and $3,000 in cash. The robber left a bloody trail that was easily tracked, and he was apprehended and convicted of murder.

The case was said to be one of the first in the nation where bloody hand prints on the stolen mail were used to convict a criminal in a court of law.