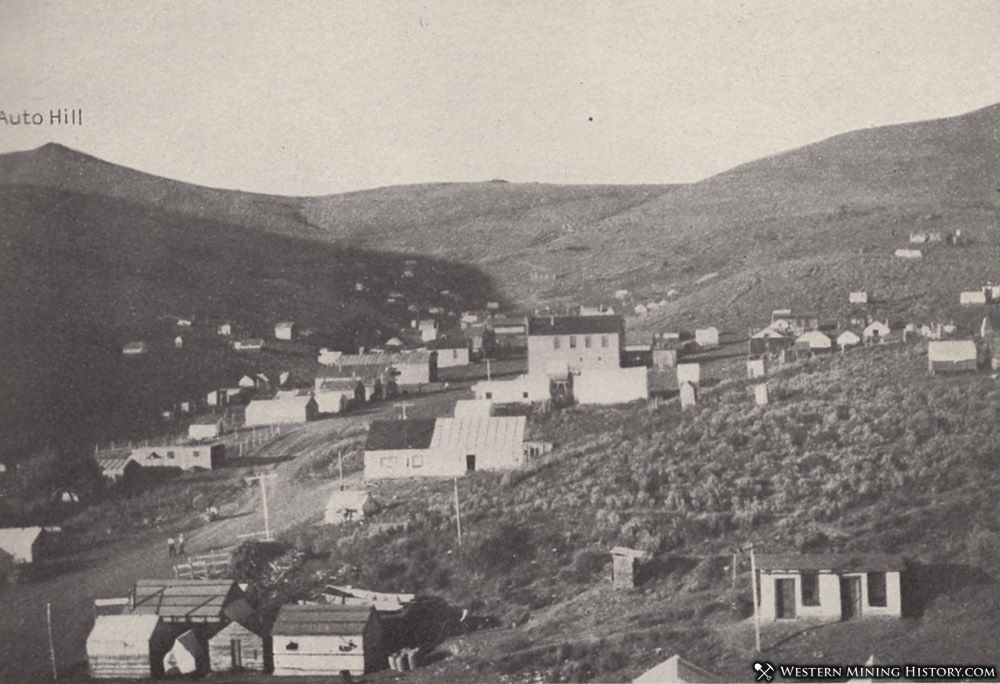 The town of National was settled near the National Mine in 1909. The National Mine was described as an unusually rich deposit, which yielded between 5 and 8 million dollars in gold and silver during the seven years that it operated.

"The mining camp of National, a typical Nevada boom town, straggles for half a mile along the bottom of the smooth basin. In June 1911, the town consisted of 50 frame houses and about 100 tents, the National Hotel, a two story frame structure, being the most striking object."

"No trees shade the hills, but, as seen on a June day, the gray-green mantle of the luxuriant sagebrush and the broad splashes of yellow wild flowers, against the dark reddish-brown background of the basalt flows of the high ridges, give the color scheme of the landscape." 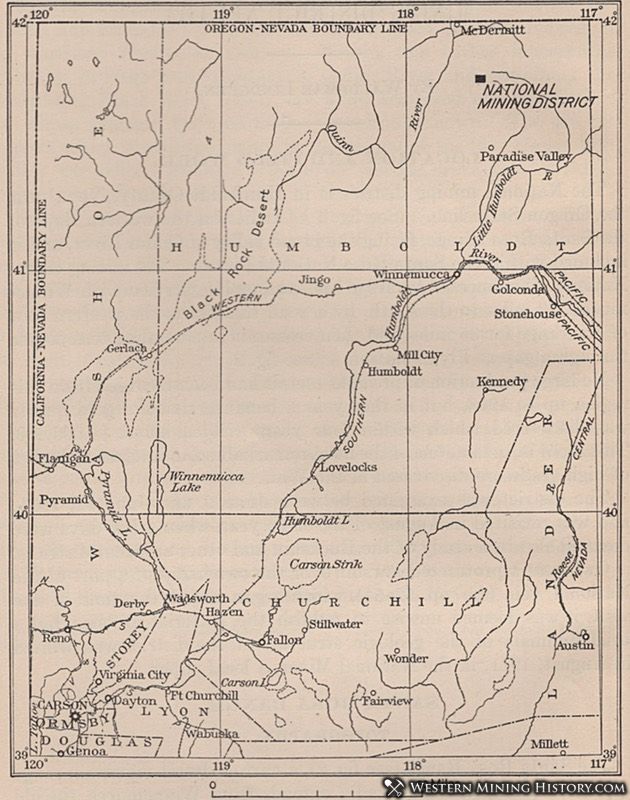 Map showing the location of the National Mining District

"The camp has had a checkered history. When the rich ore shoot was discovered adventures and gamblers of all kinds flocked to National, with the usual consequences."

"The high-grade ore invited pilfering as well as stealing on a large scale. On two occasions armed men broke into the mine and stole a number of sacks of rich ore. A searchlight was then erected, whose rays played during the night on the entrance of the mine."

"In 1912 another bold attempt was made to steal some rich ore belonging to the Mammoth National Co. In short, the brief but exciting history of the camp - largely a history of the National mine - illustrates well the dangers and annoyances connected with the mining of exceptionally rich ore."

Similar to the situation if Goldfield, the ore deposit at the National Mine proved to be relatively shallow. The mine closed in 1915, and soon after National became a ghost town.