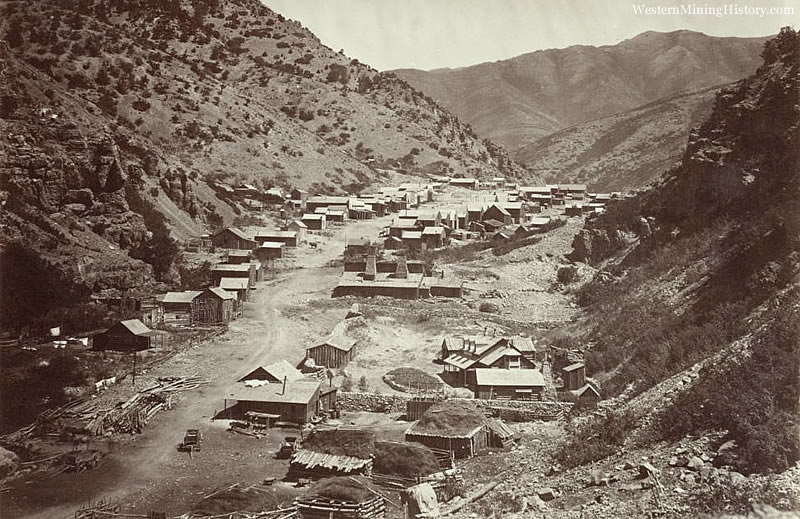 Well up into the canyon out yonder, one can still see the massive stone foundations of a costly and splendid stamp mill, as well as the stone walls of an elegant office and mansion. Here was the scene of a once busy place, now a ghost town.

Ore was discovered there in 1863 by S. Boulerond and his compatriots. In 1864, the Murphy Mine was discovered and became the leading producer; a mining district was organized.

During 1865, a twenty-stamp mill was completed costing over $200,000. Connected with it was the first experimental Stetefeldt Furnace ever built. When the Murphy Mill was built, a town was started and it grew to a population of 400, but work in the mines declined in the 1870's and Ophir became almost deserted. 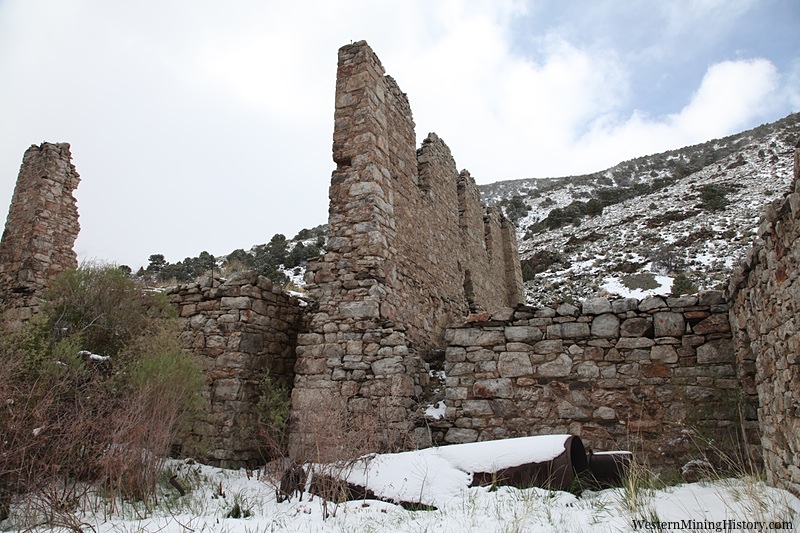 Impressive remains of the stamp mill at Ophir

In the 1880's, the mines were reactivated, and Ophir had another period of prosperity. By the 1890's the town was deserted, but some mining activity at the Murphy Mine continued sporadically into the 20th Century.

Over two million dollars worth of gold and silver were mined from the murphy vein and from surrounding properties. Iron, copper and arsenic were also found in the area. 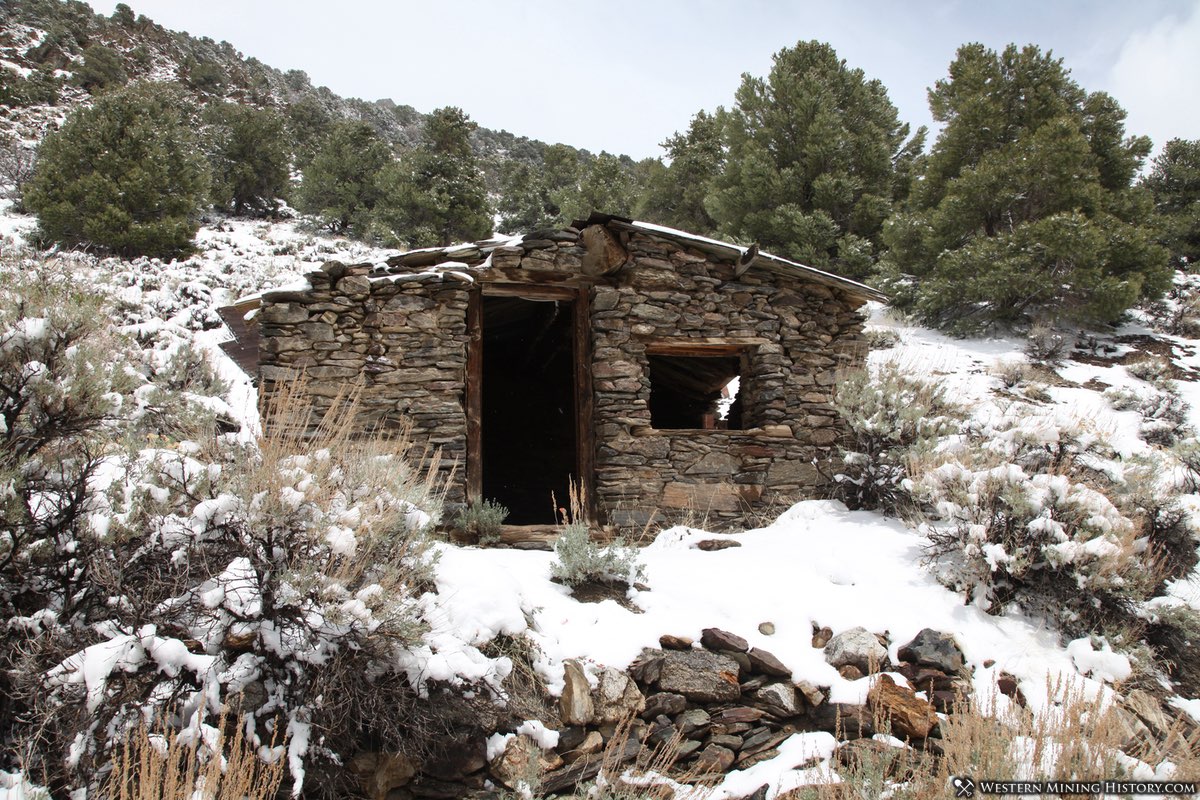 Ophir managed to have all the accouterments of a large community: school, church, various lodges, and of course, several saloons.

Text from a historical marker near the town site