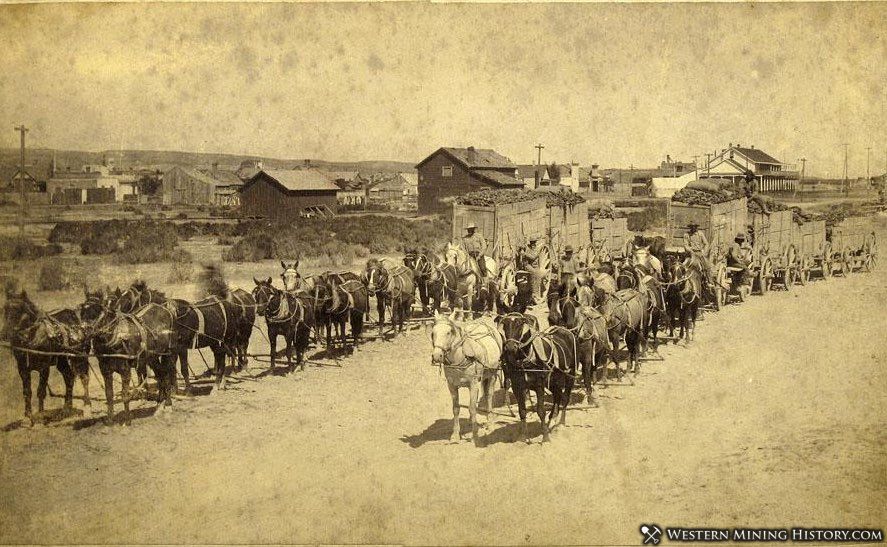 This colorful historic camp originated with an 1867 discovery of placer gold by John and Steven Beard. In 1871 W.O. Weed discovered the rich Mount Blitzen silver lodes, two miles northeast of the Beard claims.

These and other mines Tuscarora Mining District, which experienced its boom between 1872 and 1874 and ultimately produced between $10 and $40 million.

At its peak, Tuscarora boasted a population of over 3,000, which included several hundred Chinese. The Chinese mostly conducted placer mining at the Beard discovery site, later called Old Town while the main camp developed at the present location of Tuscarora, platted in 1871. 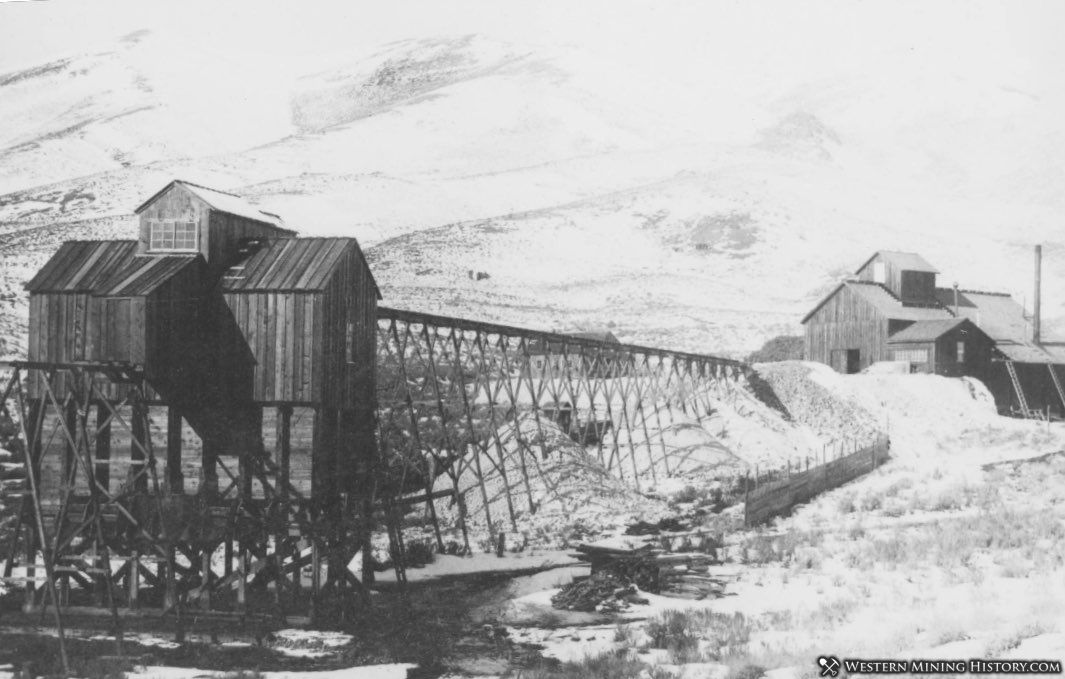 Toll roads, crowded with stage coaches and long strings of heavy freight wagons, serviced the camp from railheads at Elko, Carlin, Battle Mountain, and Winnemucca. Tuscarora residents shifted their work between mining gold and silver and ranching in Independence Valley.

By 1895, Tuscarora's production had diminished greatly from its boom days to below $50,000 annually. The camp struggled until 1917, when most of the mining equipment was sold for scrap. This ended operations at Tuscarora until 1987 when Fischer-Watt and Horizon re-opened the Dexter Mine.

Text from a historical marker at the town site

August 1888 - The Elko Independent
Fifty-six teams of from four to fourteen horses are constantly on the road transporting merchandise, lumber, timber water pipe, etc, from Elko to Tuscarora, which is now the liveliest mining camp on the Coast.

LATEST RUSH STRIKES TUSCARORA BODY BLOW
From the Sacramento Union March 26, 1908
This town, one of the oldest in the state, has been depopulated through news of a strike at Gold Circle. The Tuscarora News has suspended publication, owing to the editors and printers joining the rush.

MINERS IN FATAL DUEL FOR VALUABLE CLAIM - Quarrel Over Possession of Property Results in Fatal Shooting
From the San Francisco Call October 8, 1908
Edward Fannoff was shot and killed near Tuscarora today by Joseph McGowan in a bloody fight for possession of a valuable mining claim located close to Tuscarora. The men met at the disputed property. Both were armed and in the light that ensued two charges of buckshot tore away part of Fannoff's chest - and caused his instant death. McGowan was arrested soon afterward and is now in custody at Tuscarora.

The men were pioneers of eastern Nevada and well known throughout Elko county. They had been disputing over the claim for some time, but not until today was it believed their quarrel would result In murder.