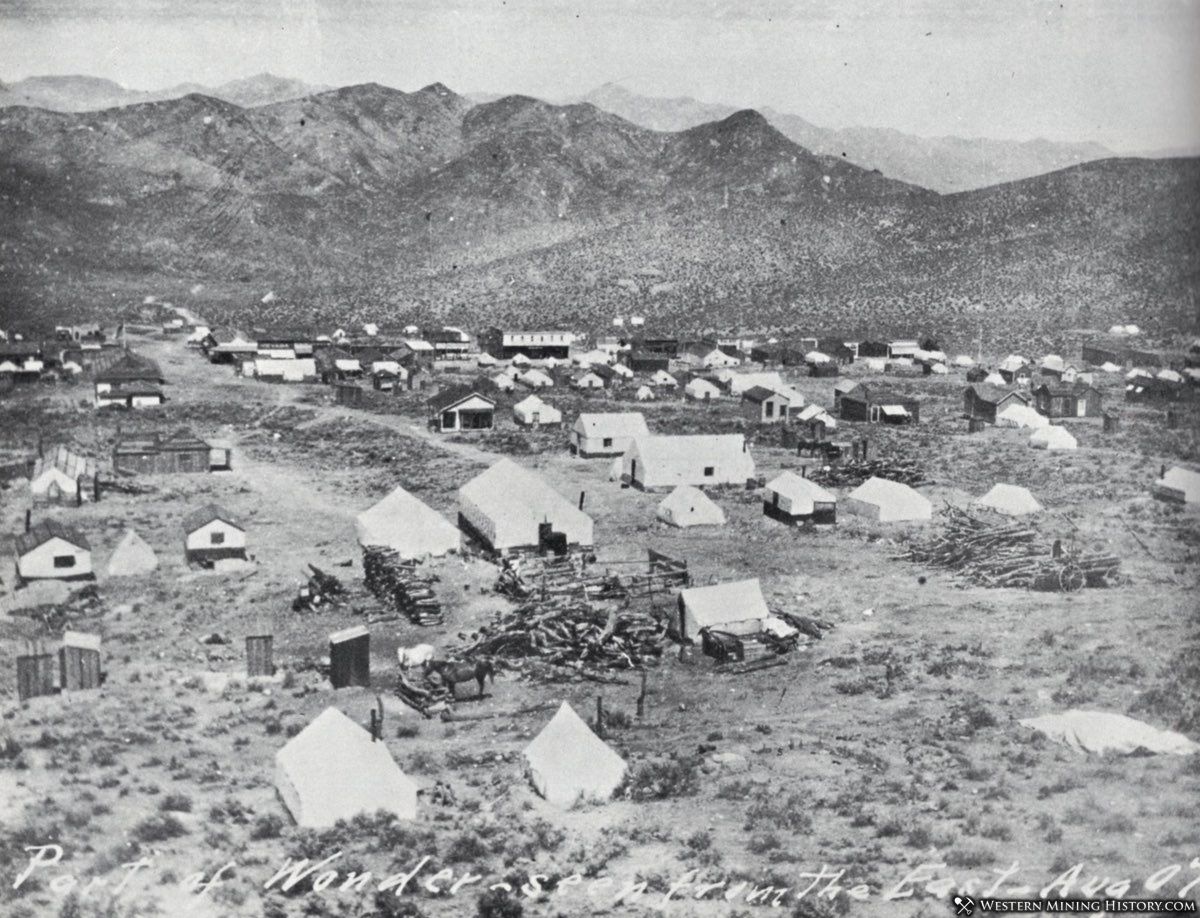 The mines at Wonder were discovered in 1906 by prospectors that were involved in the rush to Fariview. A 1909 edition of Engineering and Mining Journal reported on the discovery of the Wonder district:

"The district was discovered on March 15, 1906 by Thomas J. Stroud. He located the Lost Claim, and during a second trip to the Jack Pot group. On a third trip, he was followed by several parties of prospectors, who located the Queen groups. It was a month later that exceedingly rich ore in shipping quantities was found. Then the rush began and the town of Wonder sprang up in a few weeks, with two banks, two newspapers, two hotels, an artificial ice plant, and of course, many stores and a greater number of saloons." 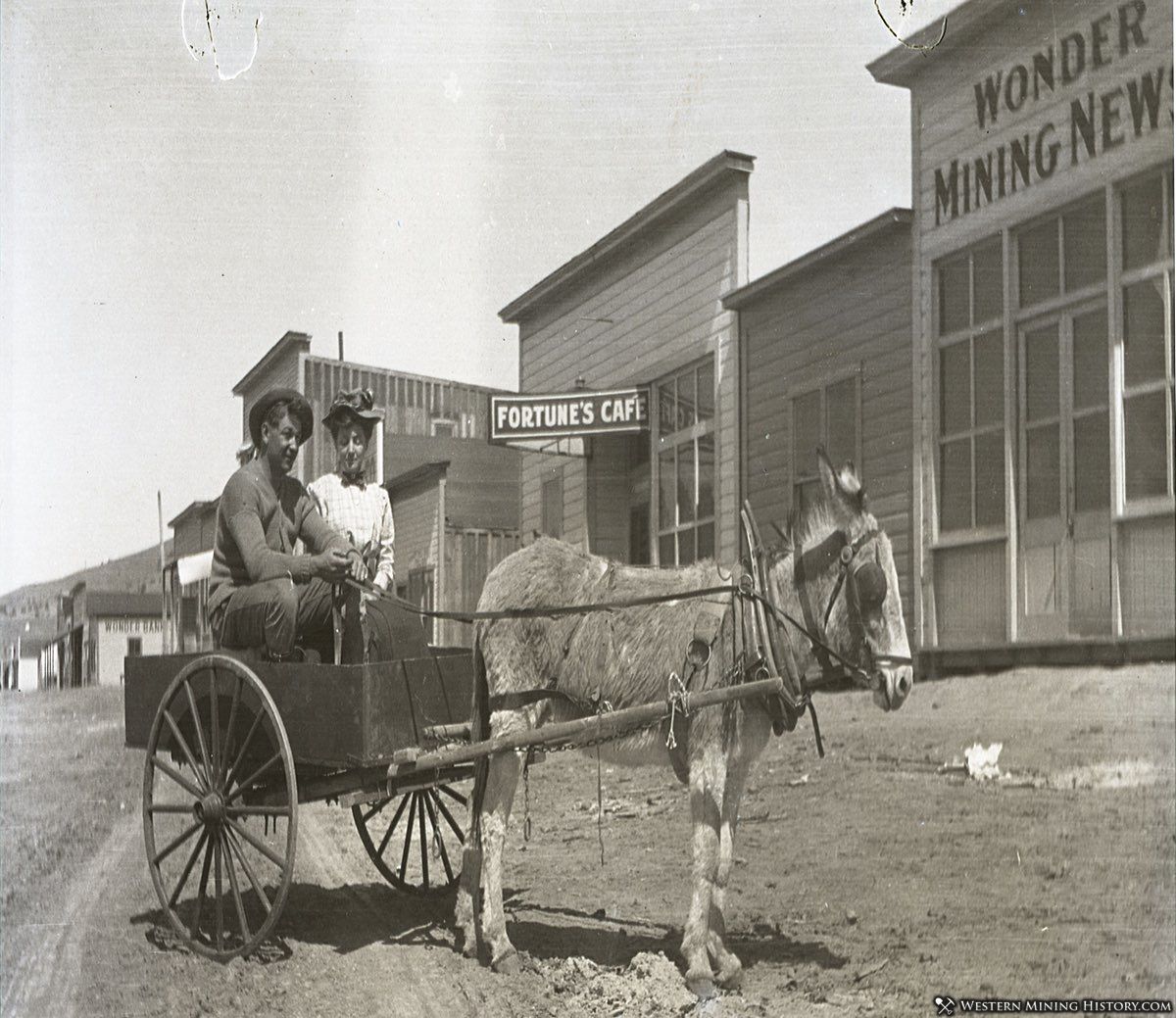 Couple ride in a mule-drawn cart at Wonder, Nevada ca. 1909

"The camp suffered from the business depression of last year, like all the other camps in Nevada; but is doing much better now and has perhaps 200 men at Nevada Wonder, the Queen, the Jack Pot, and some others. The wages are those of the Tonopah scale, $4 and $4.50 per day." 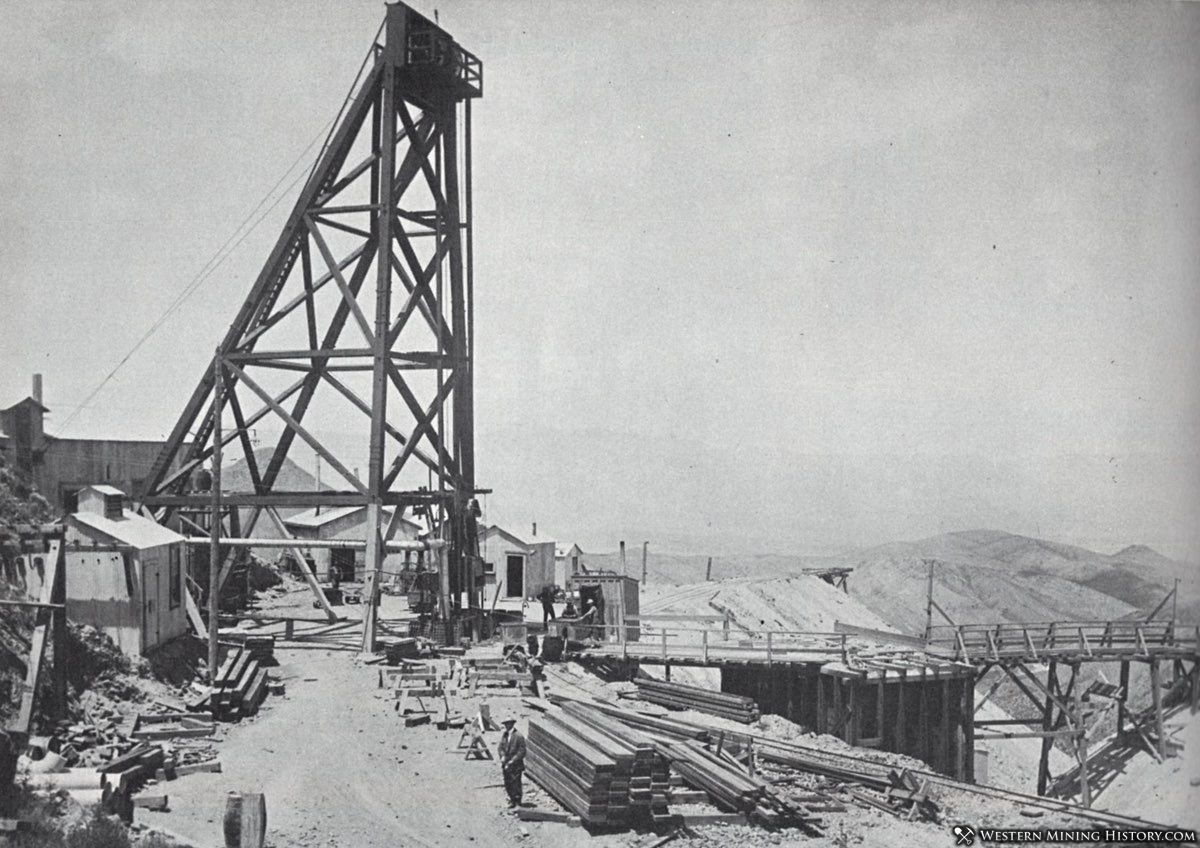 Couple ride in a mule-drawn cart at Wonder, Nevada ca. 1909

"Two railroad lines have been surveyed into the district; a branch line from Fallon, by way of Fairview, and one south from Winnemucca. A pipe line from Bench creek brings 150,000 gallons of water in 24 hours." 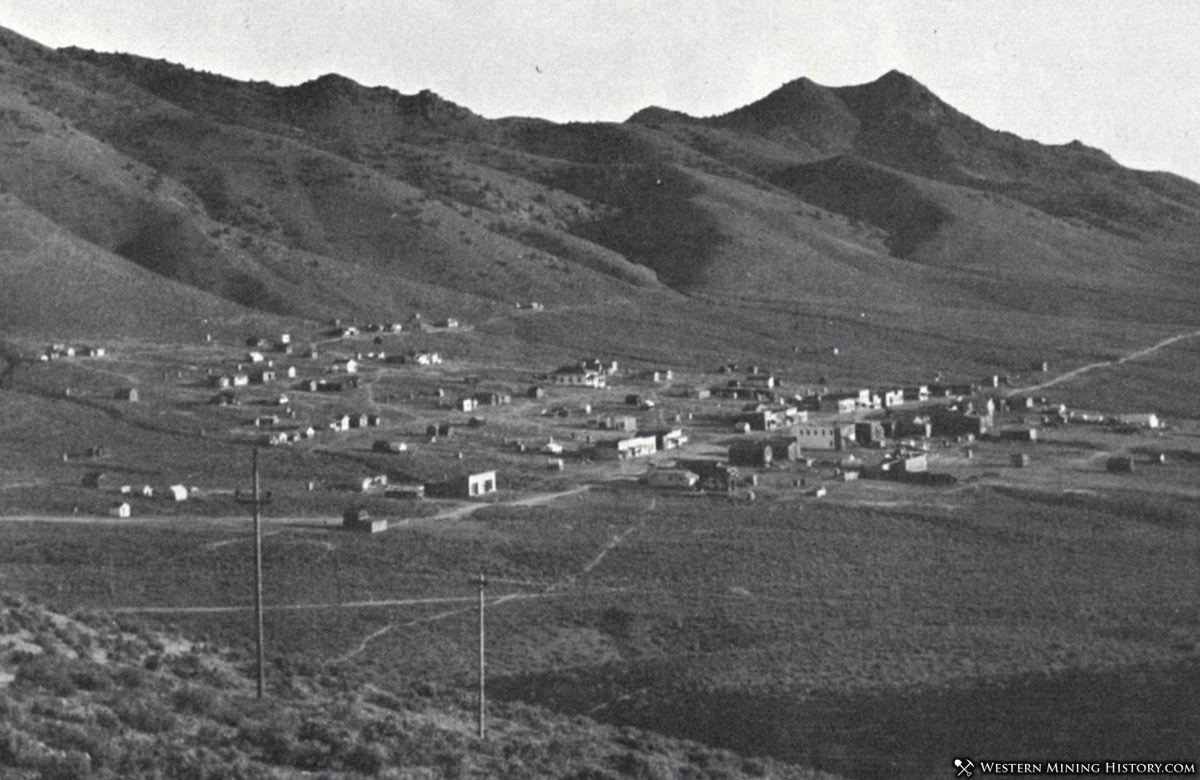 It appears that although some plans were made to build a railroad branch line to Wonder, it never happened. A report from 1913 mentions high milling costs due to lack of a rail link. 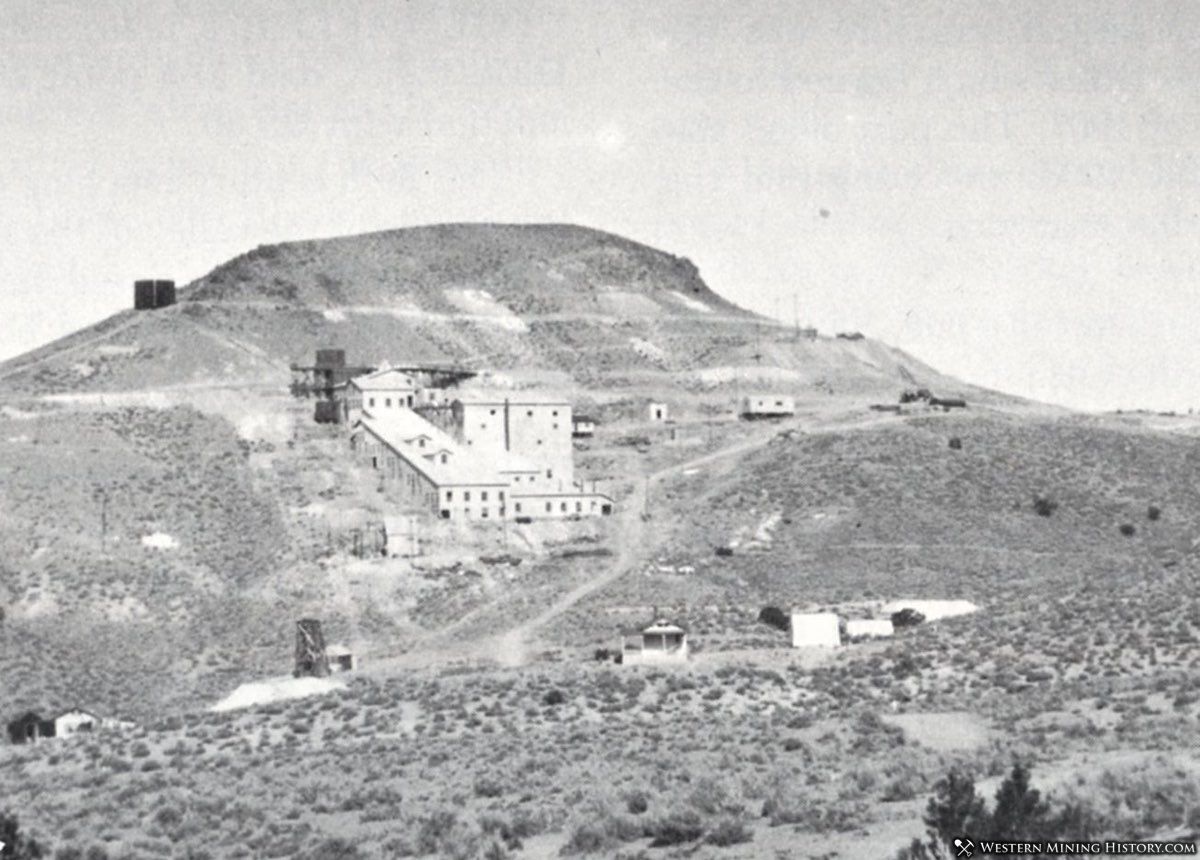 Mill at the Nevada Wonder Mine

Some sources state that the Nevada Wonder mill was built in 1913, but E&MJ reports a 100 ton mill being built in 1911. An April, 1913 article indicates that the mill was modified fairly extensively by this date: "In its present condition the mill embodies a great many changes from its original treatment plan, some of these changes having necessitated ingenuity in installing additional apparatus in space which was not designed to receive it. Such changes often force awkward arrangements, but in this mill most of them have been planned and instituted without mechanically embarrassing results." 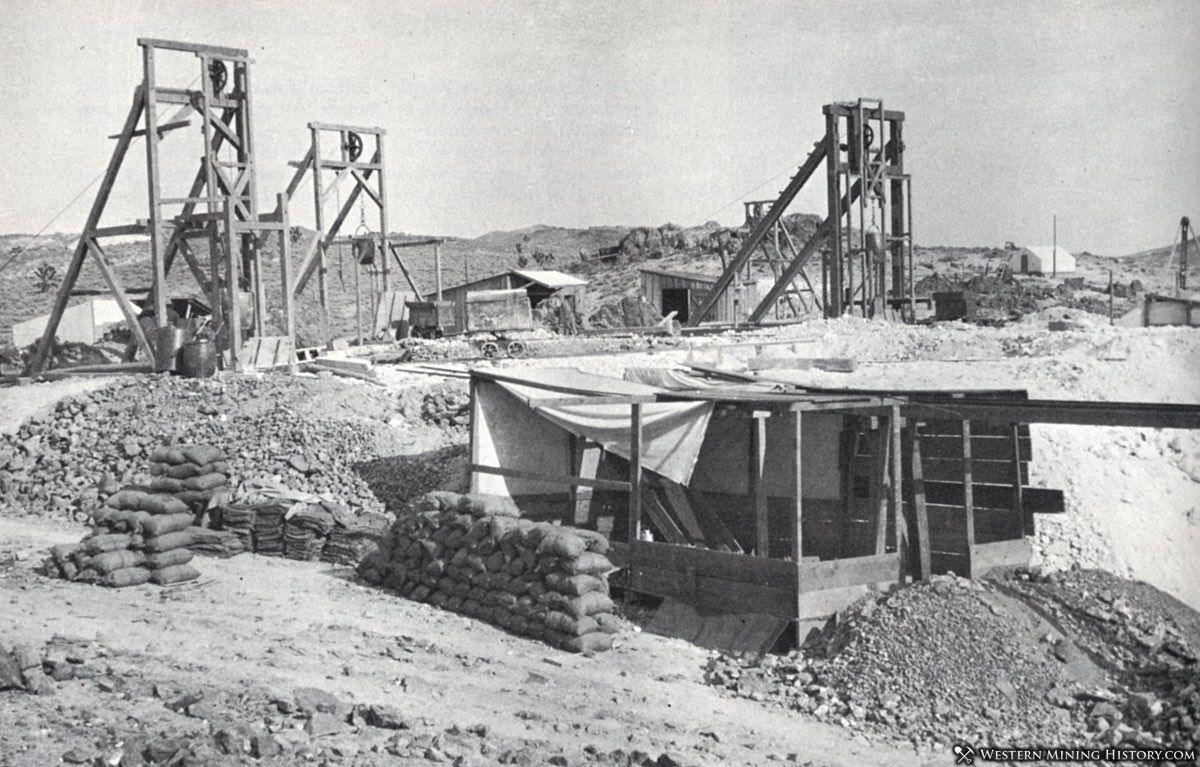 A 1913 edition of Engineering and Mining Journal mentions cost associated with "fitting up the 700-ft. station for the electric sinking hoist, and cutting stations 12 ft. from the shaft on the 800- and 900-ft. levels, and 15 ft. from the shaft on the 1000-ft. level. The shaft was timbered with 8x8-in. Oregon Pine." It is likely that the following image was that 700 foot station with the electric sinking hoist. 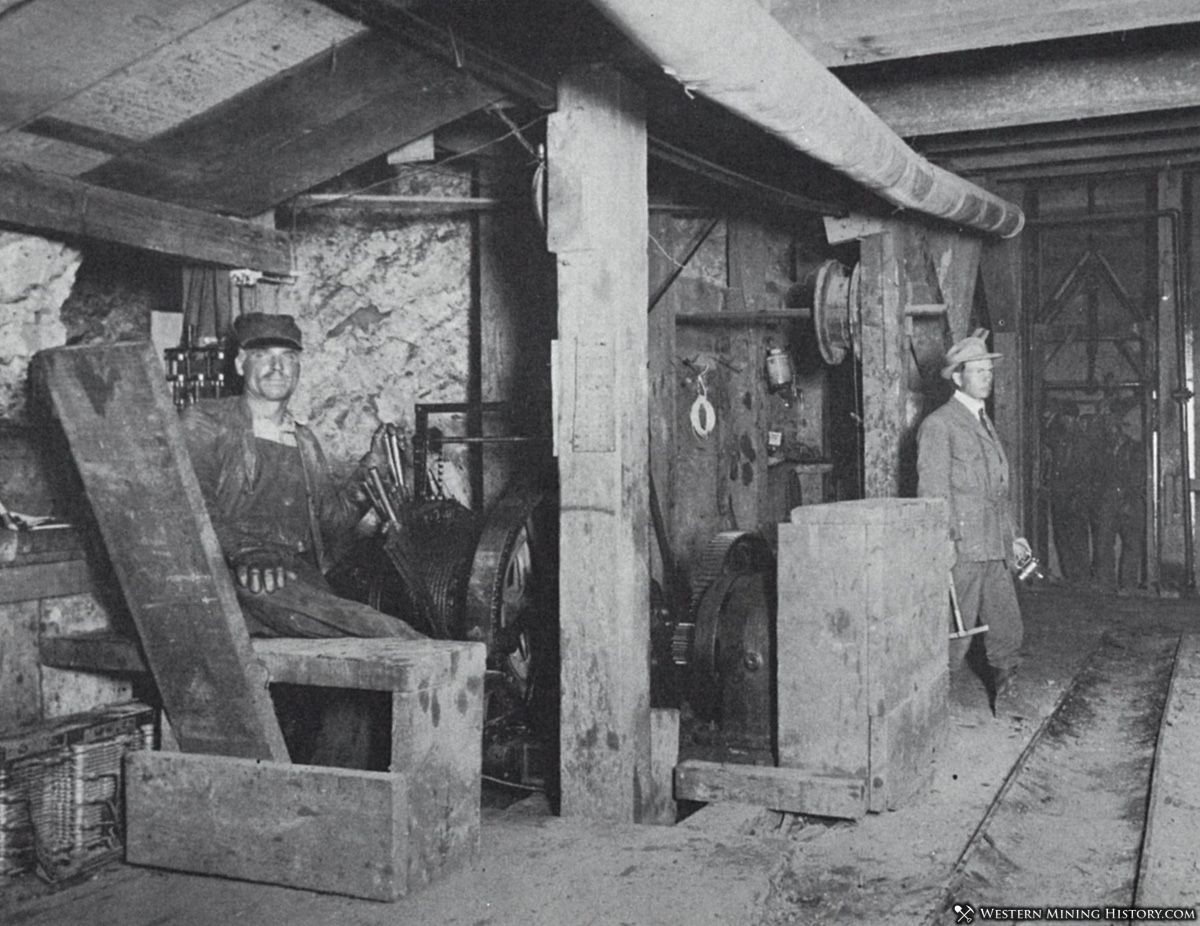 Wonder had a good run for over a decade, but by the late 1910s the ore was running out. The last of the mines ceased production by 1919, and in 1920 the Wonder post office closed.

Wealth in Wonder District (1907 Newspaper)
GOLDFIELD, Nev., March 16.— Browned as a berry from the sunburn and wind, J H. Macmiijan of the J. H. Macmlllan company, incorporated, returned during the week from a trip by automobile into Fairview, Wonder and Manhattan, where he was on a three weeks' tour of inspection of his various mining interests.