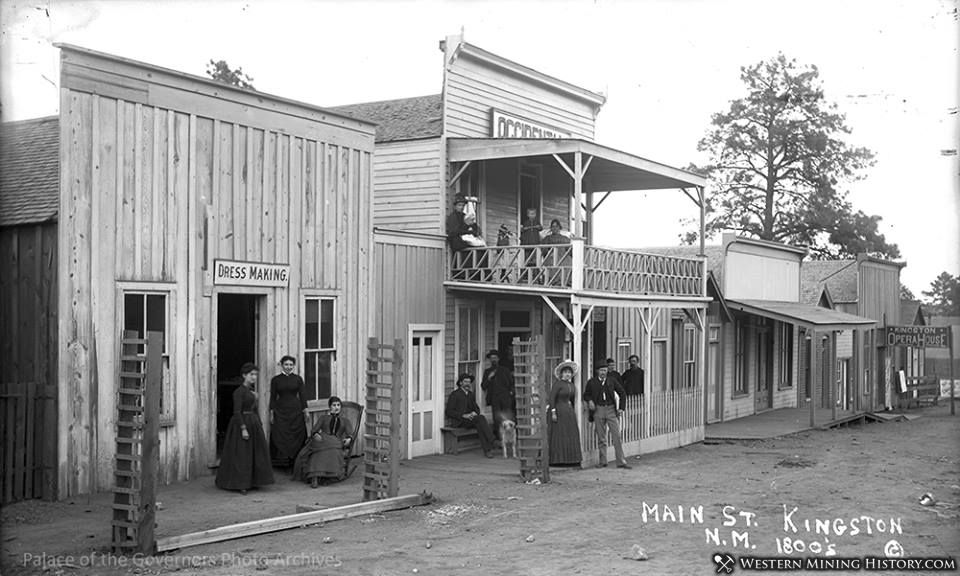 The Percha Bank in Kingston, New Mexico was built in 1884 and was once the largest bank in the biggest city in the New Mexico Territory.

At the height of its silver mining boom the population of Kingston topped 7,000, outstripping Albuquerque by at least 1,000 people.

The town was founded in 1882 after a rich lode of silver ore was discovered by miner Jack Sheddon. Soon many mines dotted the area, including the Iron King Mine, after which Kingston was named. 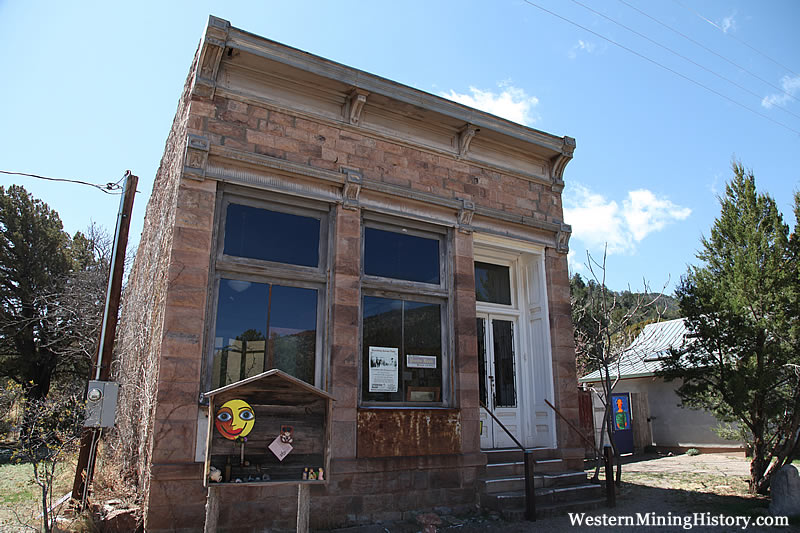 Kingston became a thriving metropolis almost overnight and soon offered all of the trappings of civilization and culture. Numerous hotels played host to the likes of Mark Twain, Butch Cassidy, the Sundance Kid, Black Jack Ketchum, and Billy the Kid.

Stage lines served all major routes, and the town supported 23 saloons (some advertising fresh oysters 24 hours a day), 14 grocery and general stores, a brewery, three newspapers, and an Opera House where the Lillian Russell Troupe once performed. 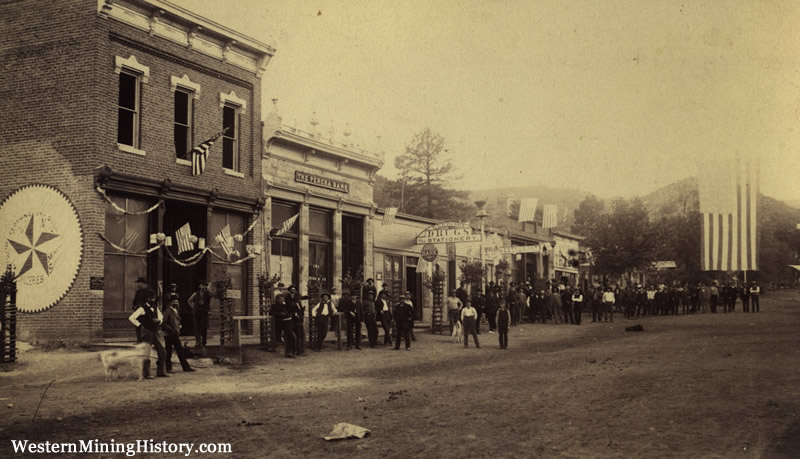 It all ended as quickly as it had begun. The silver panic of 1893 and the establishment of the new gold standard dropped silver prices 90 percent. With the mines playing out and profits becoming losses, the town began to fold. 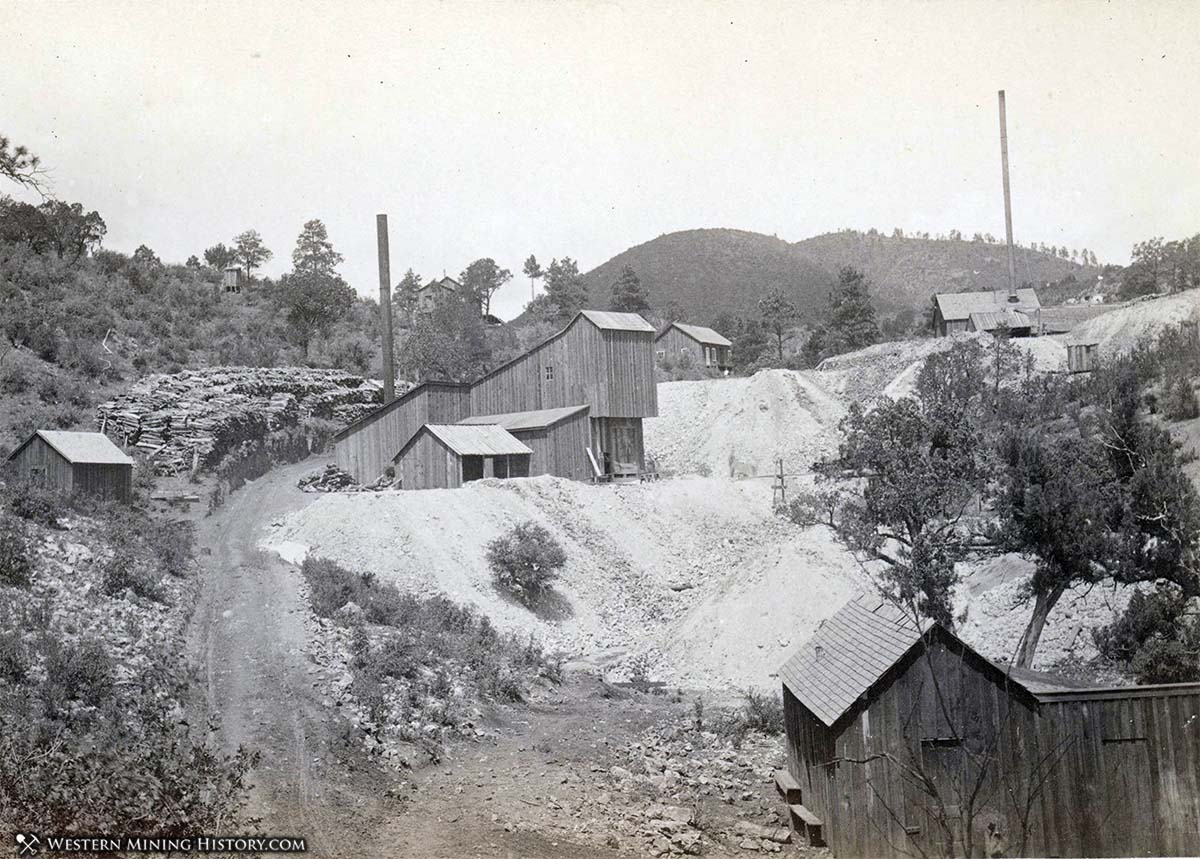 Most residents left, tearing down buildings for materials to be used elsewhere, and the Percha Bank, once home to 7 million dollars in silver mined in the area, closed its building and moved offices to neighboring Hillsboro to support the gold mines there. 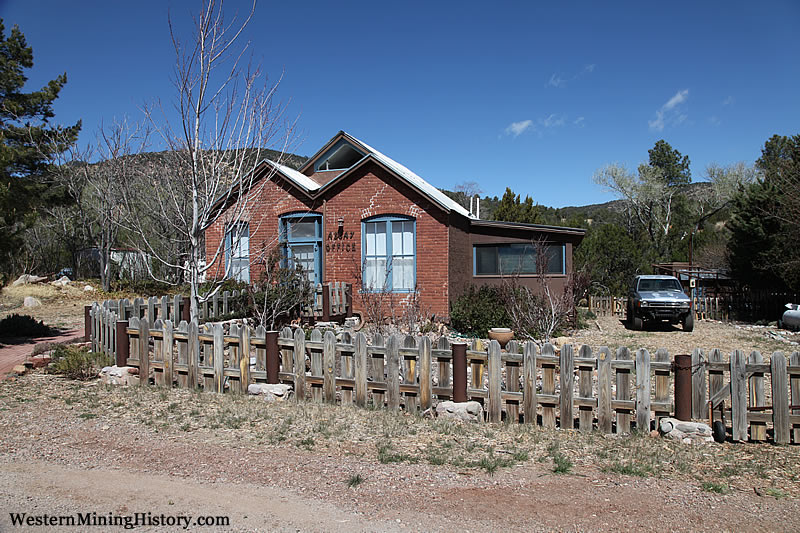 The Black Range Lodge, open as a Bed & Breakfast, was constructed from the ruins of what was once Pretty Sam's Casino across the street. 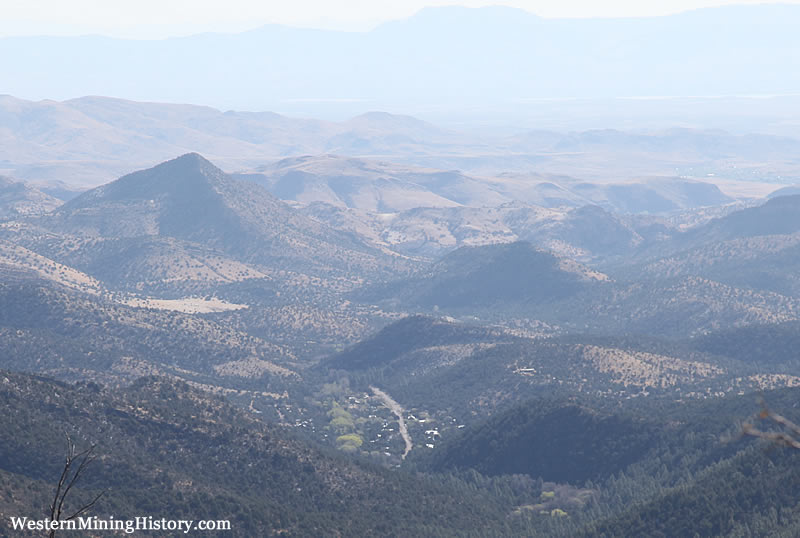 View of Kingston town site from the mountains

The Percha Bank building served for years as a Post Office and later a storage area for mining equipment. Today it stands as the only fully intact original building in the town, complete with its ornate lobby and teller windows and classic old-west bank vault, once home to so much wealth.