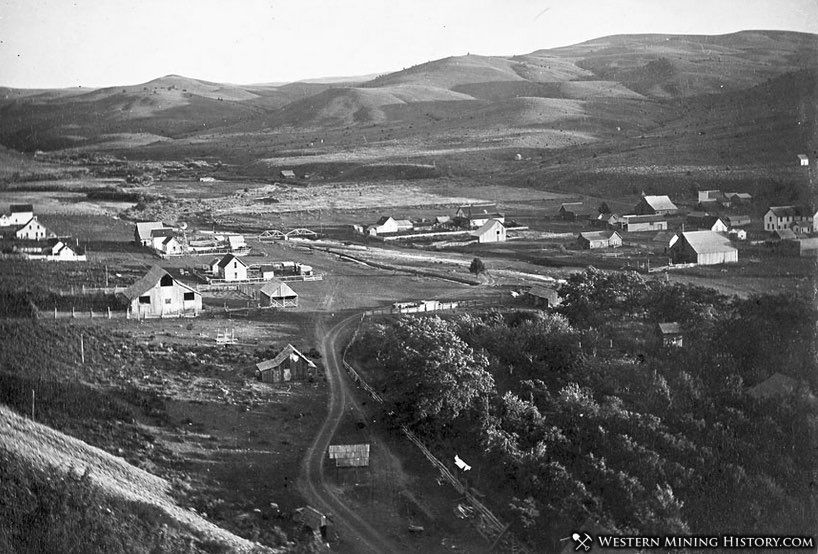 Ashwood, Oregon is recognized as an early 1900s mining boom town, but it seems that most of the brief history of this town is exaggerated or untrue.

On the discovery of the mine that spurred the settlement of Ashwood, the Oregon Department of Geology and Mineral Industries reported the following:

The outcrop of the Oregon King vein had been known to herdsmen and range workers for some time but its value was not recognized until 1898, when sheepherders dug into the outcrop and found some rich silver ore. A shaft was sunk 60 feet on the outcrop in 1899 when J.G. Edwards, then half owner of the Hay Creek Ranch, bought the property. He, together with J.B. Cartwright of Portland, Oregon, and P.J. Quealy of Wyoming, former business associates, organized the Oregon King Mining Co. 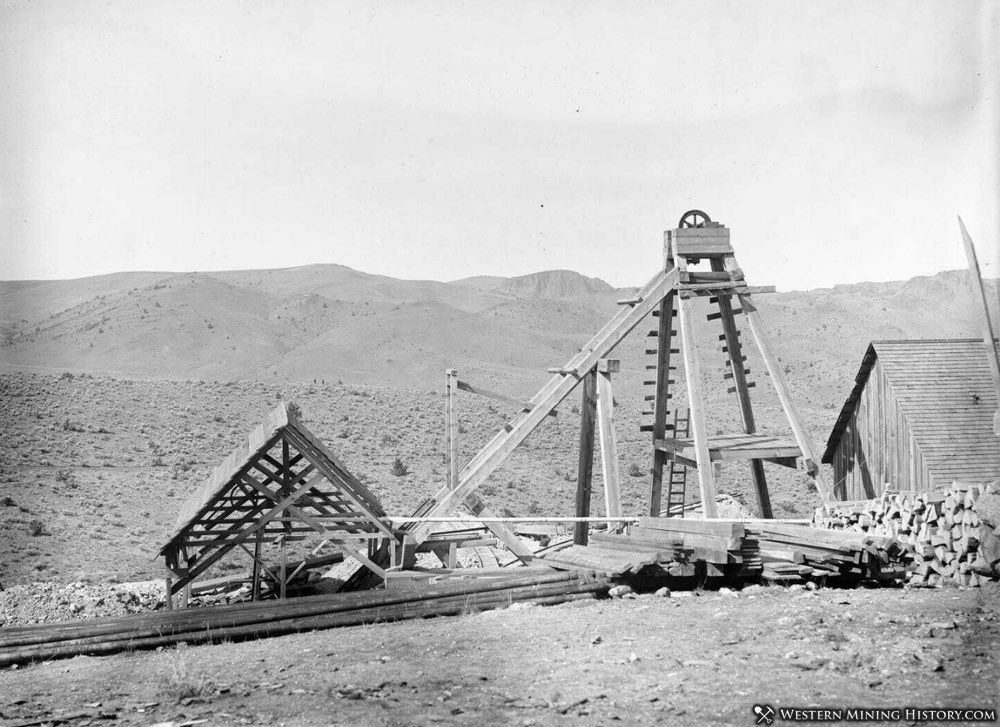 Ashwood established a post office in 1898, the same year that the USGS reports that the Oregon King mine was discovered.

Newspaper articles and historical photos indicate that if Ashwood had a boom period, it was in 1901 and 1902, apparently coinciding with expansion of the mining operations at the Oregon King. A September, 1902 edition of the Crook County Journal states "There is more noise of saw and hammer in Ashwood than in any other town in Oregon of three times its size."

The Oregon State Historical Society states that this boom brought many new buildings and businesses to Ashwood, including a general merchandise store, a saloon, a confectionary, a blacksmith shop, a livery, a lumber mill, a ladies’ millinery, a photography studio, a butcher shop, and a dentist’s office. 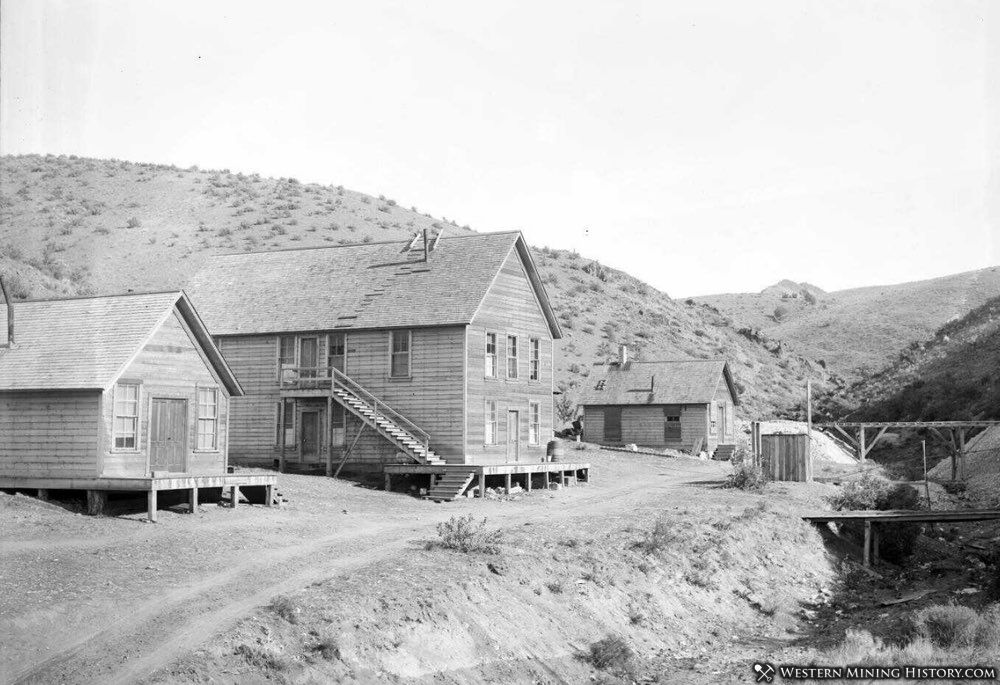 Buildings at the Oregon King Mine - Ashwood, Oregon 1901

This "boom" was likley short-lived and speculative however as the Oregon King Mine was shut down from 1901 to 1903 because of litigation over the title to the mine property. During the short interval the mine actually operated from late 1903 to 1904, it was reported that the rich ore was thinning out. The mine closed in 1904 and would not reopen until 1929.

Evidence suggests that Ashwood was nothing more than the site of a small and brief excitement during 1901-1902, and that the town never amounted to much. A 1905 article mentions the newspaper "Ashwood Prospector", but claims it is printed in the nearby town of Antelope. Another article in 1911 stated that Ashwood's boom years were long over and that it was "barely on the map."

The 1915 photo at the top of this page is incorrectly identified by the Oregon Historical Society as "just before the boom", when it was actually more than a decade after the town's peak. 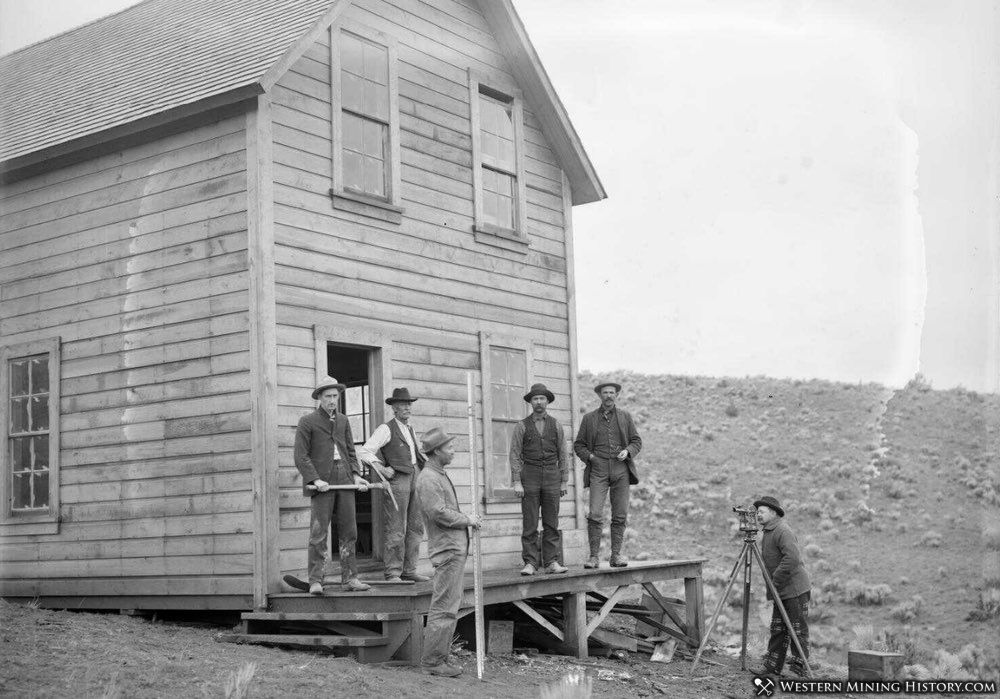 Survey Crew at the Oregon King mine - Ashwood, Oregon 1901

Ashwood continued as a rural ranching town for decades but eventually became a ghost town. The Oregon King mine would operate again, but not on a scale that would make the town or district very noteworthy.

The Oregon Department of Geology and Mineral Industries reported on the total production of the Oregon King mine: