Greenhorn was first populated in the 1860s as miners prospected for gold in the area. It was platted in 1904, though it lost two-thirds of its population between 1900 and 1910. The mining district was composed first of placer mines, but soon many lode gold mines developed. The city was incorporated in 1903. It continued as a viable community until 1942 when gold mining was made illegal by Federal Public Law 208 during World War II. 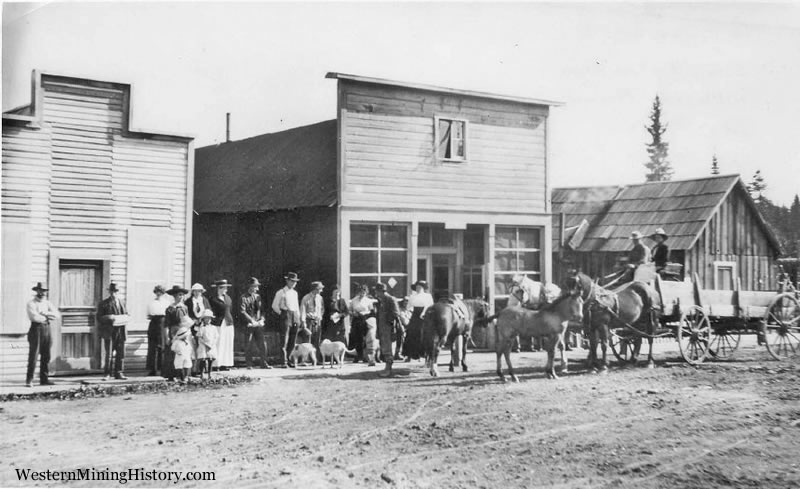 In later years, the old Greenhorn Jail (dating to 1910) was removed to Canyon City under suspicious circumstances. A court case ensued for its return, but because the city straddles the Blue Mountain ridge, the district attorneys of Baker County and Grant County could not even agree in which court house it should be held. 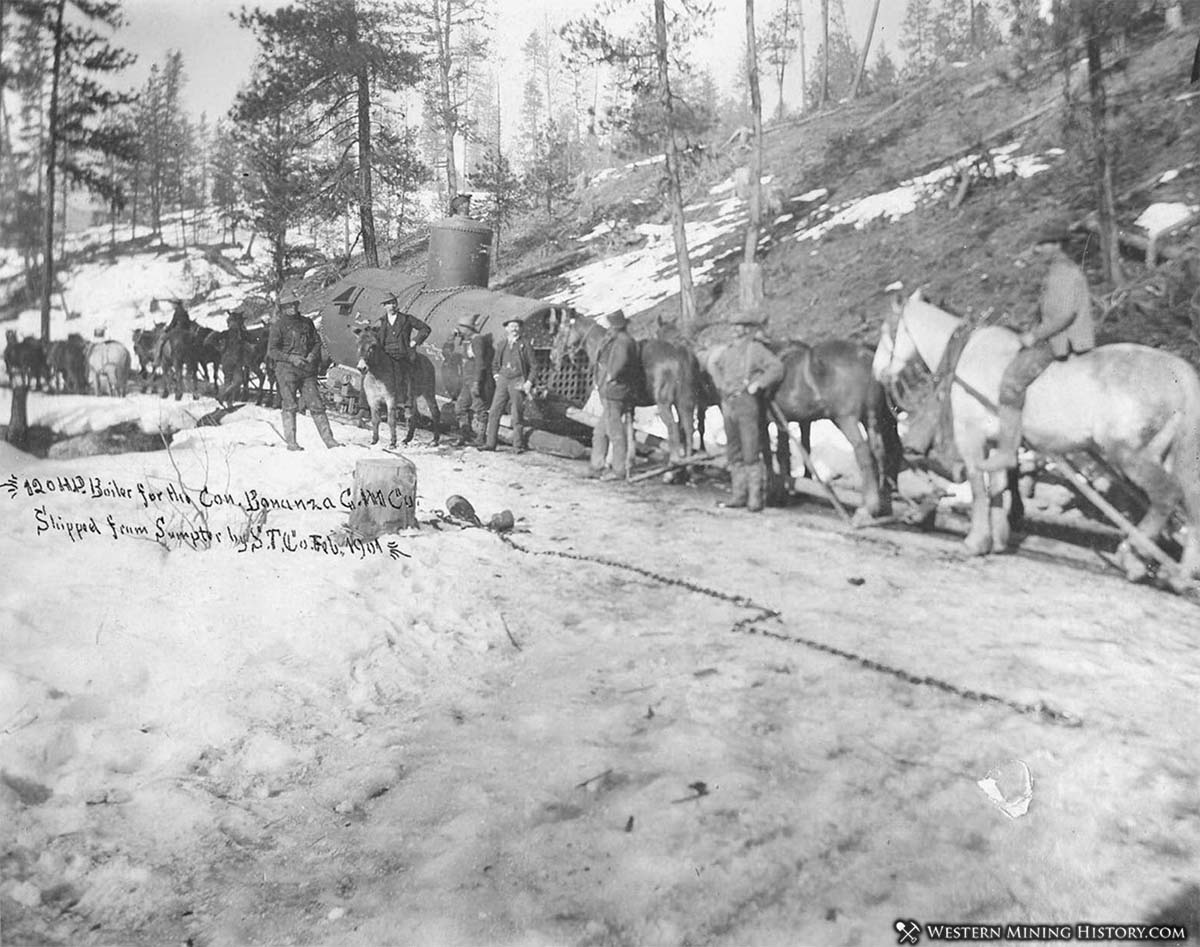 Boiler enroute to Bonanza Mine near Geenhorn City 1901

Note that Greenhorn City straddles the Baker and Grant county lines and technically resides in both counties.

The following text was included with photos from the Baker County Library and describes the Bonanza Mine near Greenhorn. Bonanza Mine - Mill and Hoist. Photo courtesy of the Baker County Library 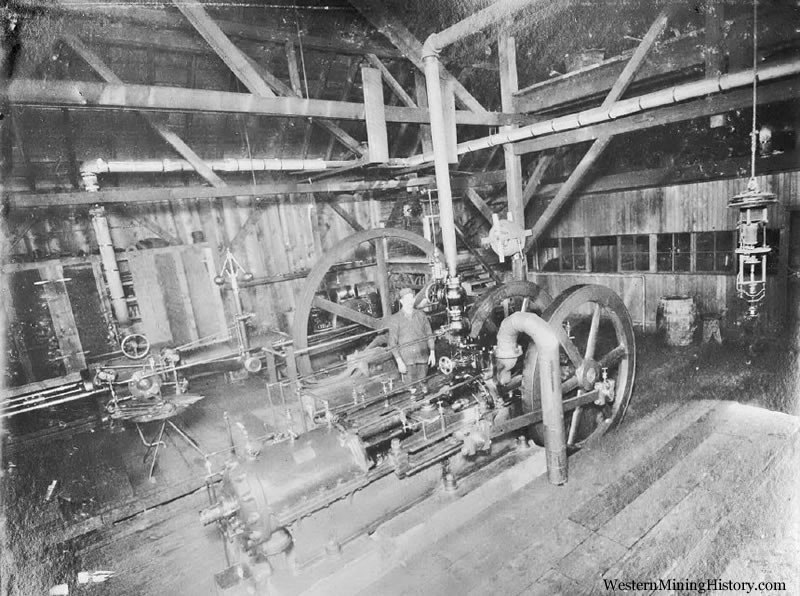 Bonanza Mine compressor room at the mill. Photo courtesy of the Baker County Library

Al Geiser seemed to have an interest at the mine after he sold it. His brothers Ed and Frank ran the Company store. Al Geiser married Bernice Dodson. In later years, Frank Dodson, his brother-in-law, at times worked parts of the mine on leases. Bill Pullman was also brother-in law, married to Emma Geiser, and Prescott Lilley being married to Louise. Pullman it can be assumed some of the original Bonanza fortune is intact. However Al Geiser likely lost most of his fortune on other mining ventures.