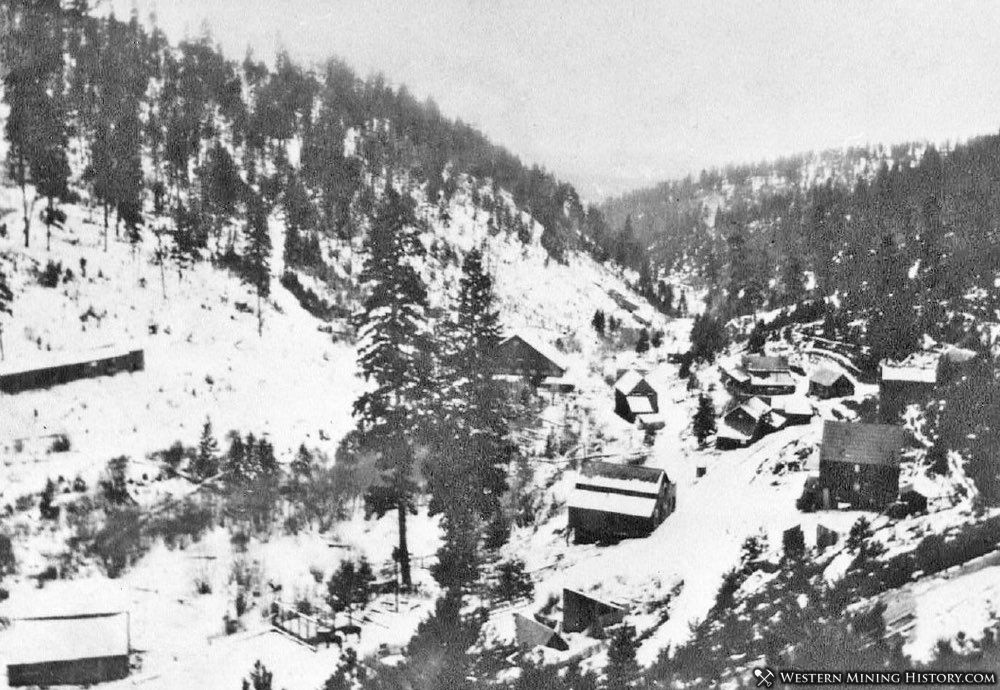 According to the USGS, the Susanville district was discovered in 1864 and "most of the production from this district was from placer mining before 1900". Postal records indicate that Susanville had a post office from 1888 to 1952.

Susanville's early history is somewhat mysterious, as it is reported that the bulk of production happened before 1900, going all the way back to 1864, but the town didn't even have a post office until 1888 and prior to 1901 it only receives brief mentions in newspapers.

Sources state that Susanville was moved two miles up Elk Creek in 1901, and Galena post office replaced the one at Susanville's original location (Galena's post office was active 1901-1943). 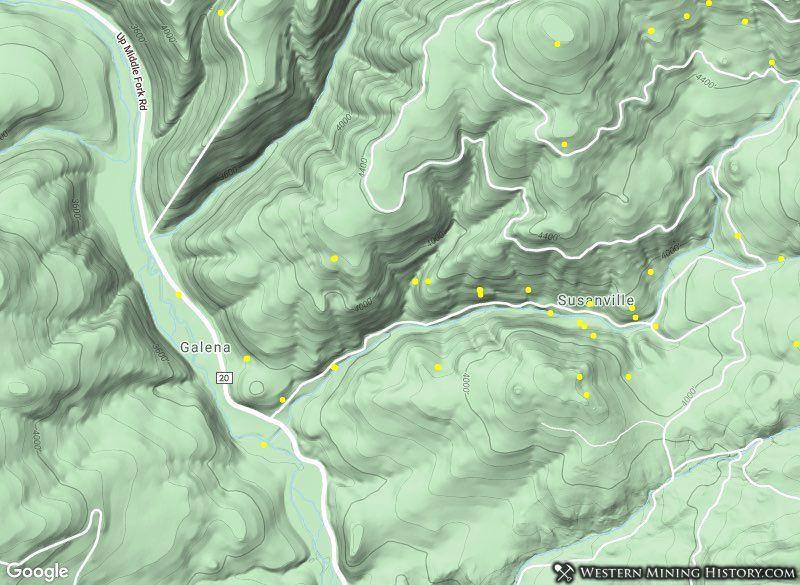 It was likely a sleepy mining town of little importance until 1901 when John Harrington, described as "a big mine dealer" bought 14 claims for $140,000. "Captain DeLamar" was said to be a second party in the deal, which is significant as DeLamar was one of the West's most famous mining men, having made his fortune in the Owyhee region of Idaho.

Susanville seems to have been moved in 1901 to the location of the group of claims purchased by Harrington.

One of the mines, the Badger, made news that year: "A strike has been recently made on an extension of the Badger mine, which has caused some excitement. John Wringle, of Colfax, Wash., who Is interested In this claim, passed through Pendleton recently on his way to Susanville, and he claims that the ore is rich and the quantity abundant. The Badger is no longer a prospect, but a magnificent piece of property."

A July 1902 edition of the Sumpter Miner describes Susanville: "The camp now has about 200 people who are drawing their supplies from it. While Susanville is not a city, or one of those boom mining camps which grow up in one day and perish almost as quickly, it is growing very rapidly and is as lively as could be expected. The Badger mine is one of the best properties in that territory or it may not be the best, either, but it is being developed beyond any other and is showing what is in it. Many other properties are showing up fine and it only requires a few more mills in there to prove to the world that Susanville is a mining country not to be sneezed at."

After several years of successful operation, the Badger mine was closed in 1905, reopened briefly in 1922, and closed again.

Later production from the district was from dredging operations. From 1932 through 1959 the district produced 937 ounces of lode gold and 17,809 ounces of placer gold.

The Armstrong Nugget, an 80 ounce gold nugget discovered near Susanville in 1913, is on display at the U.S. Bank's Baker City branch.

Although the Susanville post office closed in 1952, it is unclear as to when the town was completely abandoned.