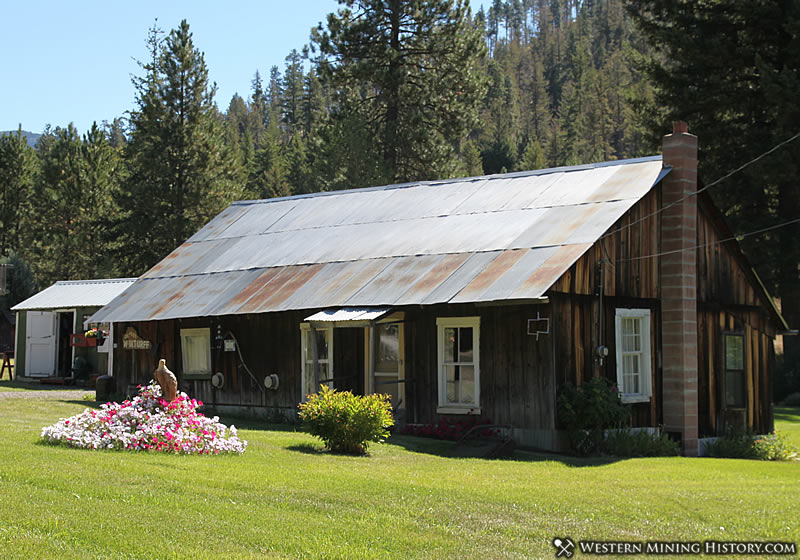 "The oldest mining townsite in the state", Liberty was settled after the 1873 discovery of gold in Swauk Creek.

Liberty was initially two town sites. The current town of Liberty was originally called Meaghersville and "Old Liberty" was two miles down the valley. Old Liberty faded as a town, and in 1892 Meaghersville took the name Liberty when a post office was established there. 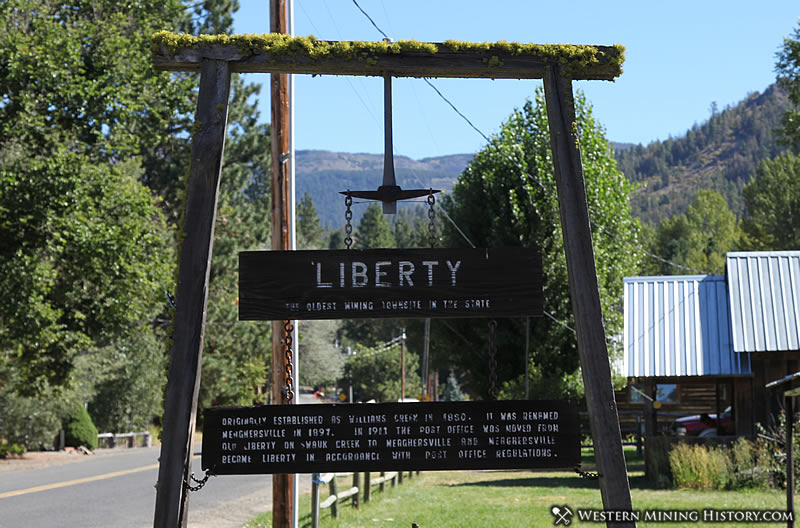 The district was noteworthy for the stability of its community life. The first miners were local families homesteading in Kittitas Valley and some continued mining in Liberty for three generations.

The excessive behavior usually associated with frontier mining camps was not tolerated and those having that behavior soon moved on.

Liberty is known for its large gold nuggets as most of all the placer gold recovered from streams in the Swauk District has been coarse gold; miners didn't bother with the fine gold and only washed the gravel when they were within a foot or two of being on bedrock. 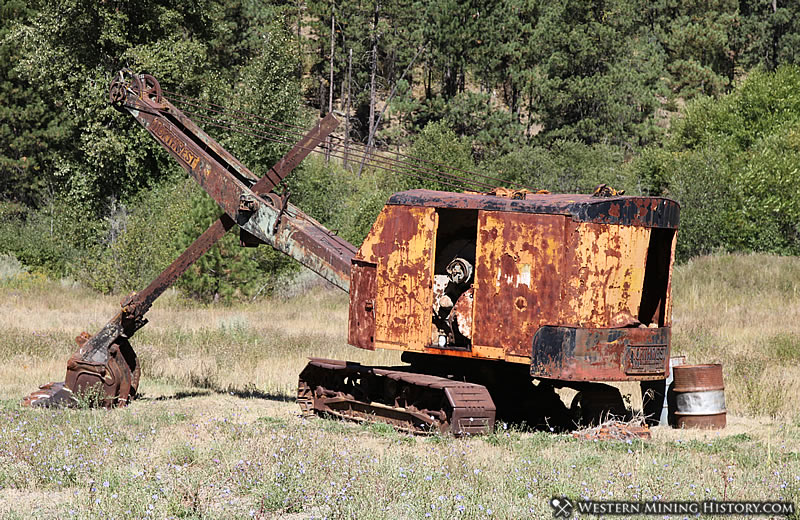 Unfortunately, few pictures of the large nuggets exist as the early miners simply sent most of them off to the mint to be melted into coin.

Gold was mined on Swauk Creek for almost a century. In the early 1900's hydraulic mining was prominent. By the 1920's the first gold dredge was operating in the area but ran into a basalt ledge that stopped its progress permanently. In later decades, dragline dredging operations kept the district active.

A replica of the Virden arrastra has been constructed in town. The original Virden was at about 4,000 feet of elevation on Table Mountain but was destroyed by vandals in 1974. 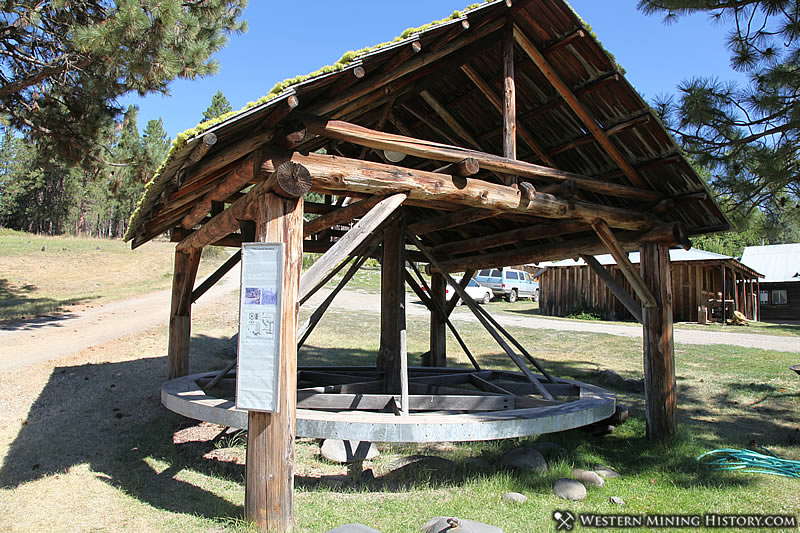 Replica of the Virden arrastra

An interpretive sign claims that the Virden arrastra uses a "design not found anywhere else in the world - a horizontal undershot water wheel." It is doubtful that this is true as there is a photo of an undershot wheel being used in Montgomery, Colorado in the 1860s, many years before Liberty was settled.