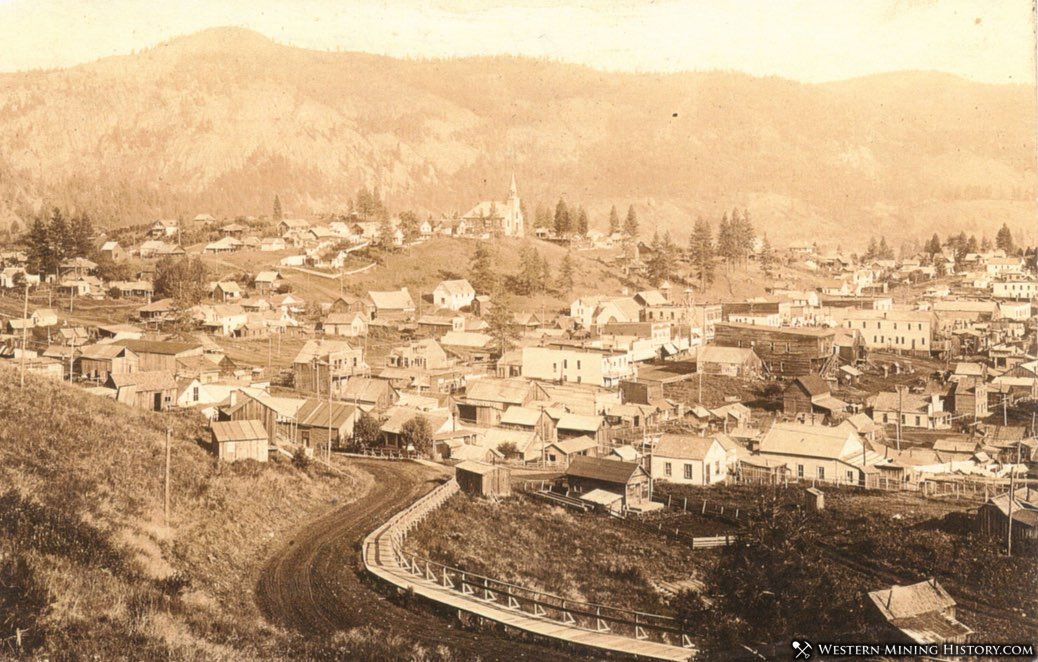 According to the USGS, the Republic district "has had the most consistent record of large gold production of any district in the State." The story of the district's mines starts in the 1890s.

Ore deposits were first recognized in the area as early as 1893, however much of the land was within the boundaries of the Colville Indian Reservation which was off limits to mining. This changed in 1896 when much of the northern part of the reservation was opened to mining by the government. By spring of that year, the settlement of Eureka, center of the new Eureka mining district, contained a small number of canvas buildings and around 60 residents.

By summer of 1896 a rush was on to Eureka and hundreds of new residents poured into the new camp. In 1897 the town name was changed to Republic and a post office was established. 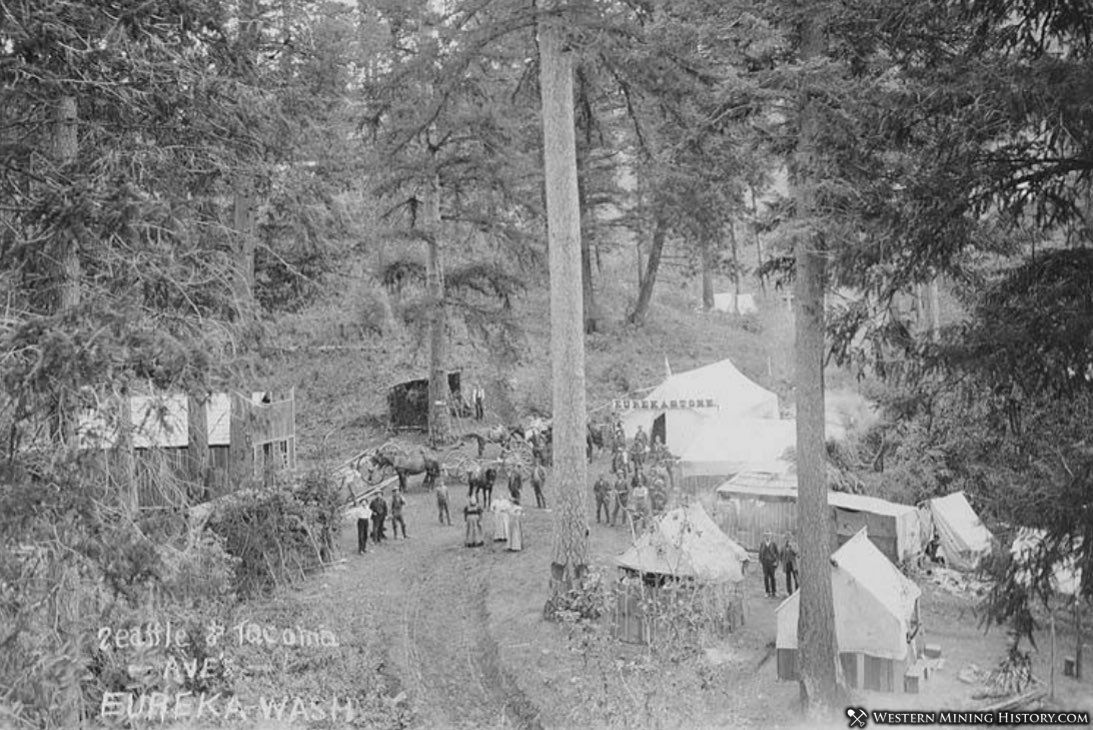 Circa 1896 photo of the settlement of Eureka - later to become Republic, Washington

Although there was much excitement and optimism about the Republic mines in the late 1890s, by 1900 reality had set in and the district hit hard times. Most of the mines yielded only low-grade ore, much of which was exhausted after a short time. Newspapers at the time reported that the ores from the Republic mines were difficult to mill and that small operators did not have the resources to profitably treat the ore.

The biggest challenge the district faced was the lack of transportation infrastructure, a situation that was mentioned in an August, 1900 edition of the Seattle Post-Intelligencer:

"At the present time the Republic mining district is greatly retarded in development by lack of transportation facilities. At certain seasons of the year the roads heading to the district are in an impassible condition. As an illustration of this, last spring many thousands of dollars worth of expensive mining machinery was held outside the district for two months awaiting favorable roads that would sustain its weight."

As a result of these difficulties, the mines of the district shut down in 1901. However by 1903 the railroad arrived at Republic, solving the transportation issue. Mines were consolidated and ore treatment processes were improved, resulting in steady production of low grade ore for years to come. 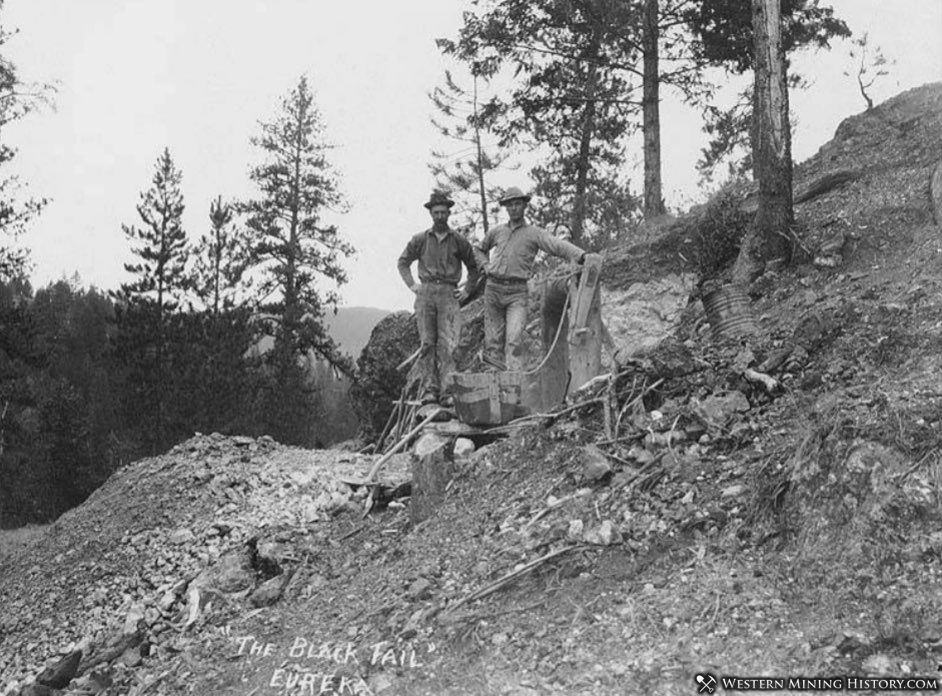 Many of the West's gold districts experienced a big boom where rich ore is mined for a relatively short period of time, sometimes just a few years, and then the mines play out and the district was abandoned as fast as it was built. The Republic district's story is just the opposite - low grade ore ultimately kept the district viable but not rich for over a decade, but rather than the mines playing out, rich high-grade ore was discovered at some of the mines starting in 1909.

"In 1909 the discovery of substantial amounts of high-grade ore at the Republic mine and of new ore bodies on other properties resulted in a revival of the district; later large-scale production from the Lone Pine and Knob Hill mines sustained activity through 1928. Mining fluctuated from 1928 until after World War II, when the Knob Hill mine emerged as the largest and most consistent producer. In 1960 it was the third most productive lode-gold mine in the United States."

Today Republic is still an active town of over 1,000 people. Gold mining has continued in recent decades although it is unclear what years the mines have been active. As of 2021, Kinross Gold USA Inc lists 109 employees at its Kettle River Operations, an indicator that gold remains an important part of the local economy.