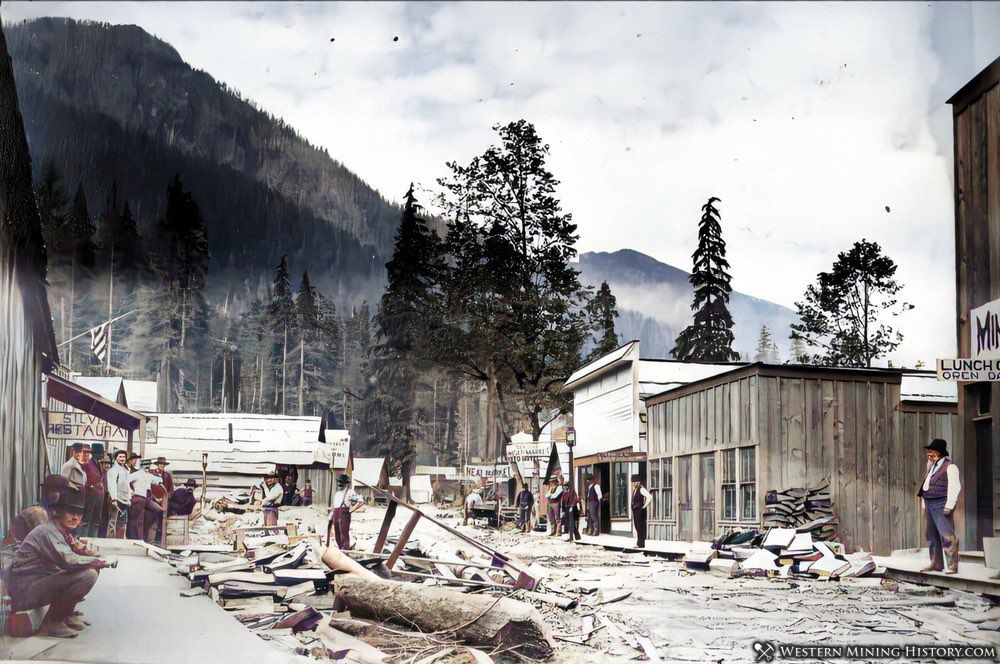 Silverton was established in the early 1890s after discovery of mines in the area. Early details about Silverton are difficult to find, but one newspaper article from 1891 indicates the camp was established by that year and was previously known as Independence. A post office opened in 1892. 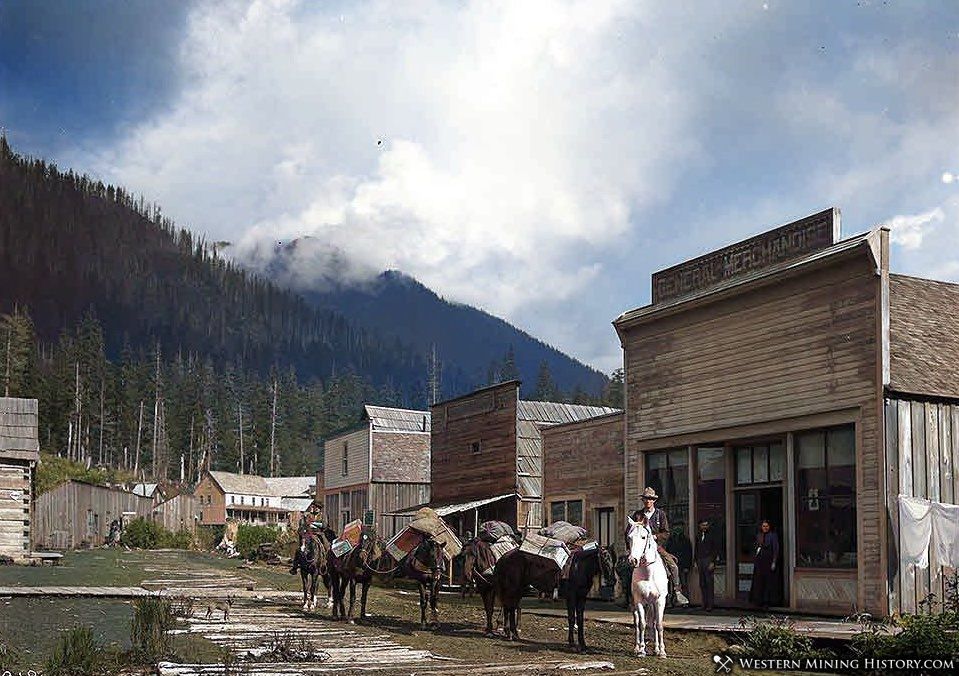 A March, 1892 edition of the Anacortes American reported: The city of Silverton is already platted, and extensive building operations are projected. There are in all about 104 claims which have been located since last July. Capital has already started to come in for the spring developments, and work on a large scale will soon be under way.

USGS records indicate the mines of the Silverton district are primarily copper with silver as a secondary commodity. However, newspaper articles from the time mention copper, silver, gold, and lead being produced from the mines here. 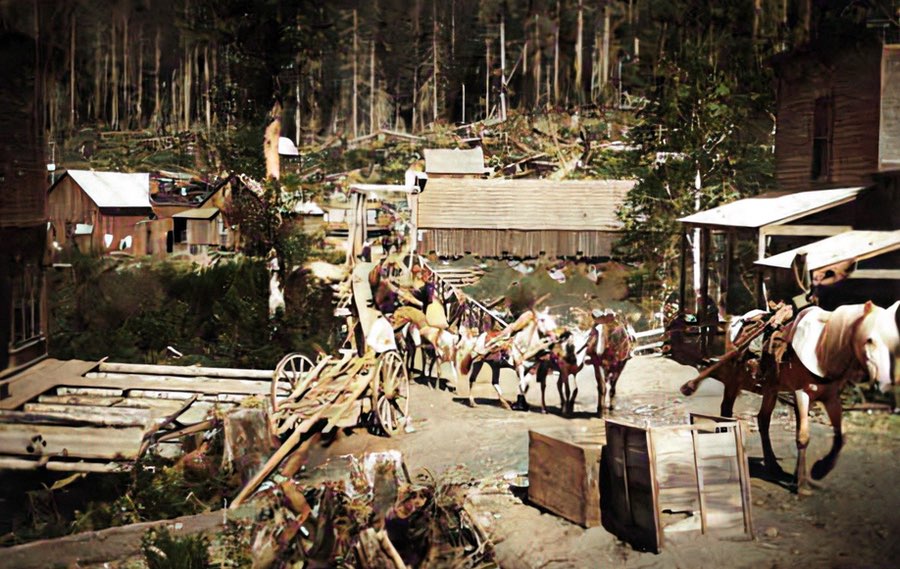 In January of 1899 the Adams County News reported: The ore shipments from Silverton during 1898 exceeded 1,000 tons, returning a net value of $125,000 to the owners. Judging from the amount of development work done and ore blocked in the mines in the vicinity of Silverton, the Silvertonian believes $1,000,000 worth of ore will be shipped out in 1899.

Silverton benefited from railroad service as it was on the Monte Cristo line. A promotional advertisement by the Imperial mine of silverton included the following map that shows the layout of the town relative to the railroad and mines. 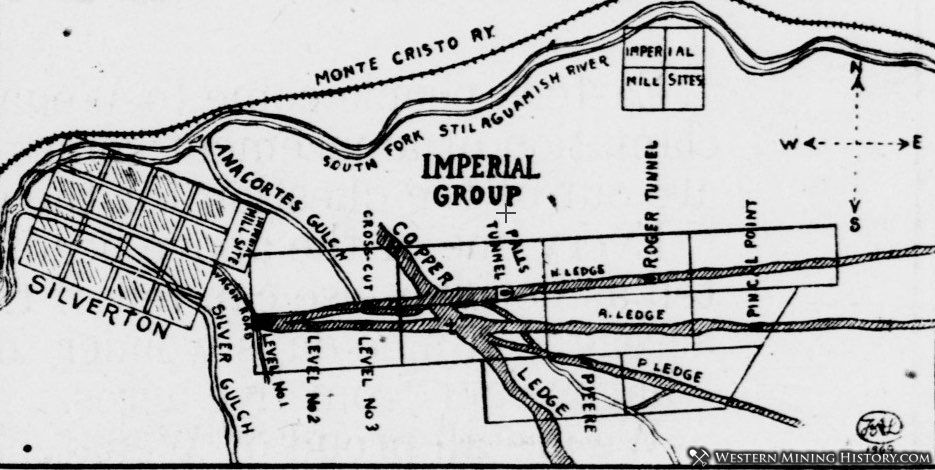 Promotional Map of Silverton and the Imperial Mine 1909

Silverton's peak years were in the 1890s and first decade of the 1900s. The last mines ceased operations in the early 1940s and the post office closed in 1945.