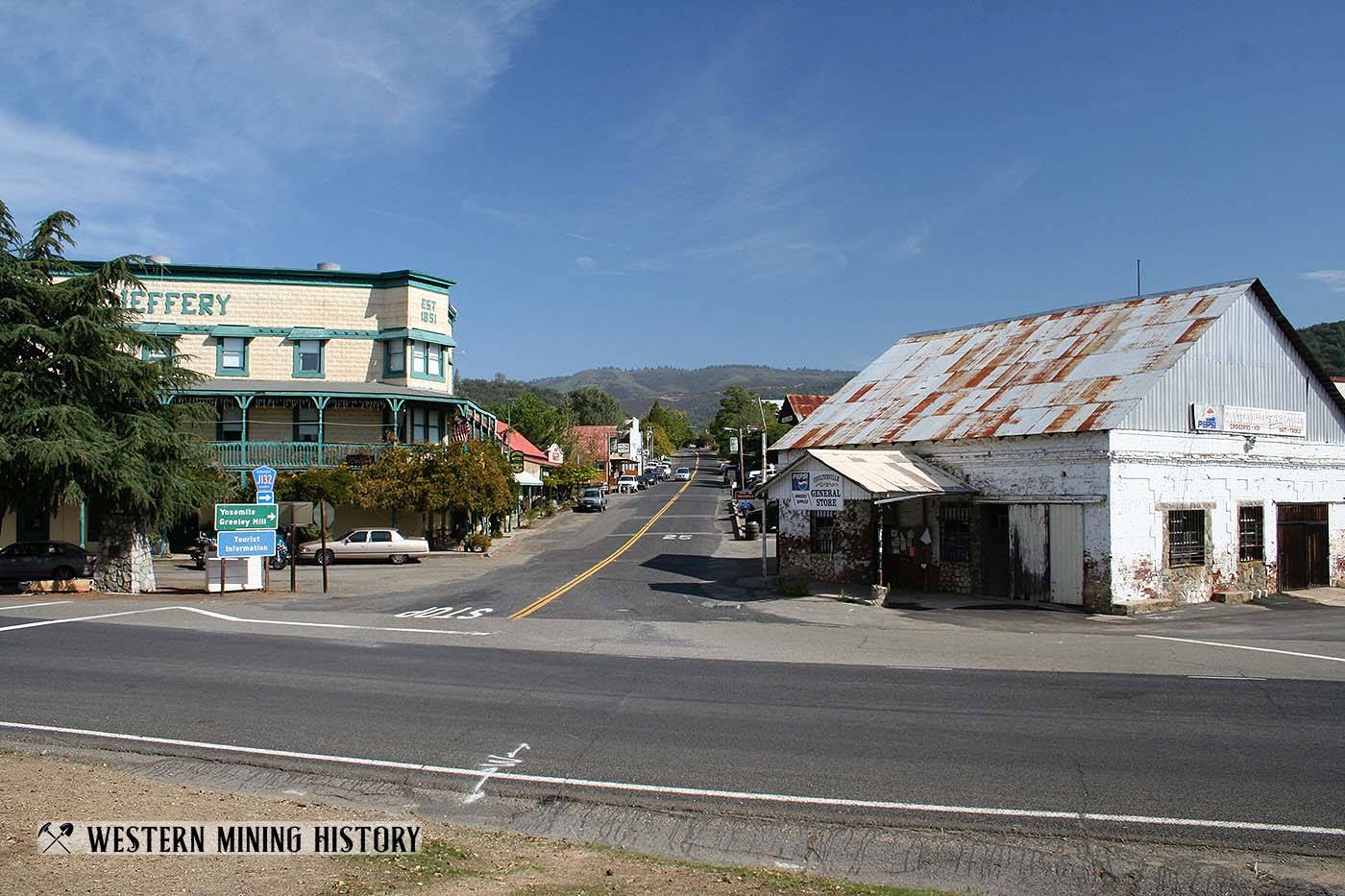 George W. Coulter started a tent store here early in 1850, to supply hundreds of miners working the rich placers of Maxwell, Boneyard, and Black creeks. The settlement was called Banderita, from the flag flying over Coulter's store, a postoffice established in 1853 was called Maxwell Creek, but changed the following year to honor Coulter.

The first stamp mill for crushing ore was built by Andrew Goss. Quartz mines, nearby, under crude methods, with wood for fuel, operated for years producing millions. Coulter built the first hotel and water for it was pumped from a well by two newfoundland dogs. Francisco Bruschi erected the first permanent building and his family became leading merchants for over eighty years.

Where to Find Gold in California
A Look at California in 1851, Two Years Into the Gold Rush
Mariposa County California Gold Production