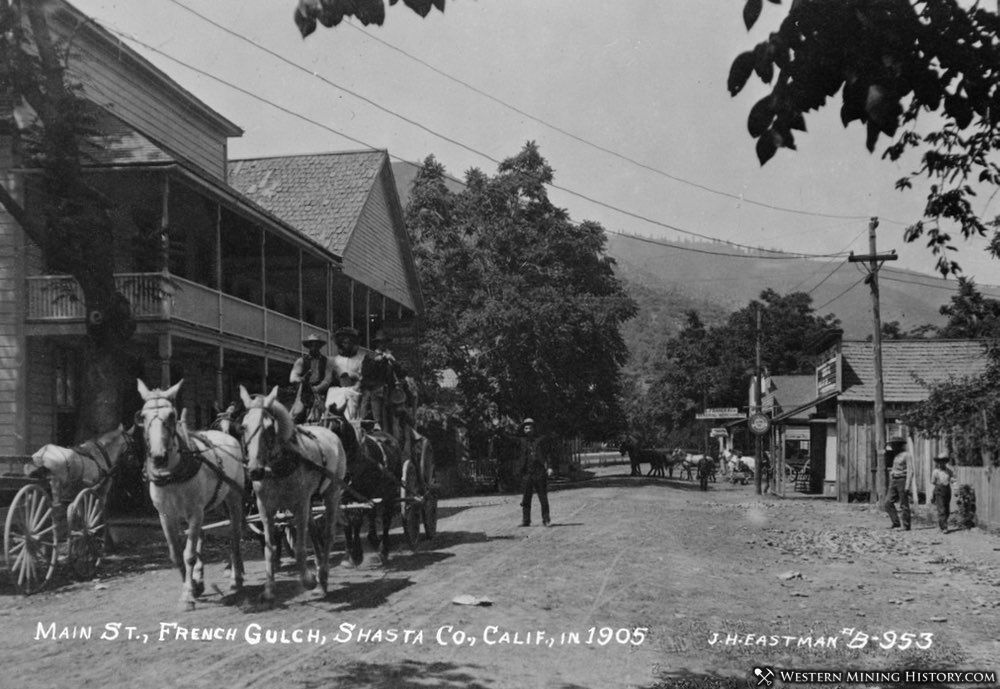 French Gulch was founded by French miners in 1849 and became one of California's major gold producing areas. The town became a major supply place when it became the terminus of the western branch of the California Trail.

A post office was established at French Gulch in 1856 and still operates today. 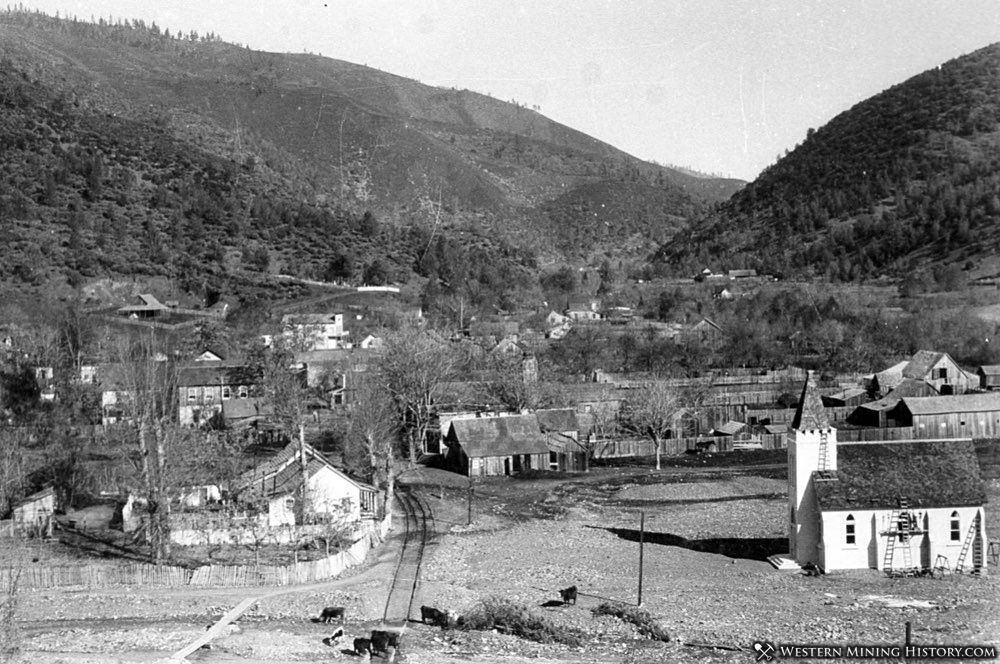 The Washington mine was located in 1852 and was the first lode mine worked in Shasta County. In 1856 a piece of ore containing two pounds of gold was discovered here.

The French Gulch District had a long history of gold production, and between 1900 and 1914 was still mining up to a half a million dollars in gold each year. 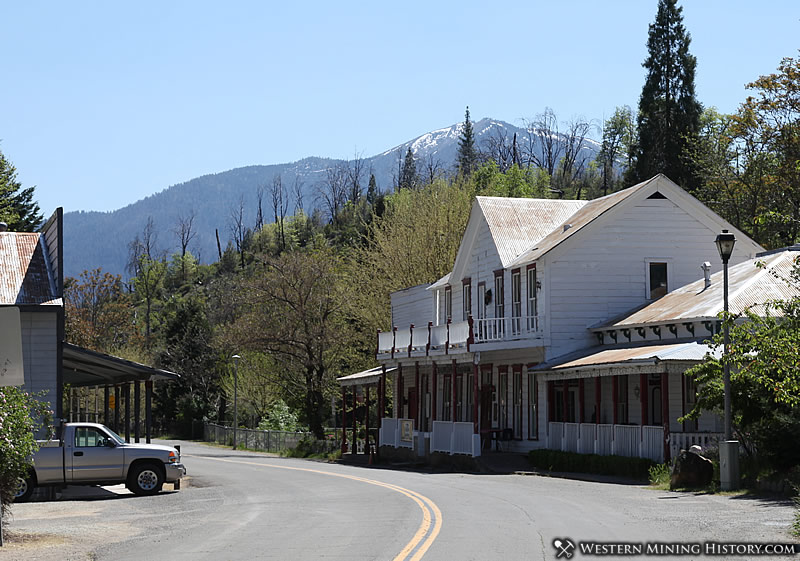 The district experienced a resurgence in 1922, which was reported on by a March edition of the Sacramento Union:

Just now French Gulch is the liveliest mining camp in Shasta county. Three quartz mills are in operation and a fourth will be started up next week. At the Sybil mine, five stamps are kept pounding away on ore steadily by the Shasta Hills Mining Company. At the milkmaid mine ten stamps are being operated. Up at the Gladstone mine, where there is a mill with thirty stamps, ten of them are dropping. At the Washington mine the five-stamp mill will be started next week. 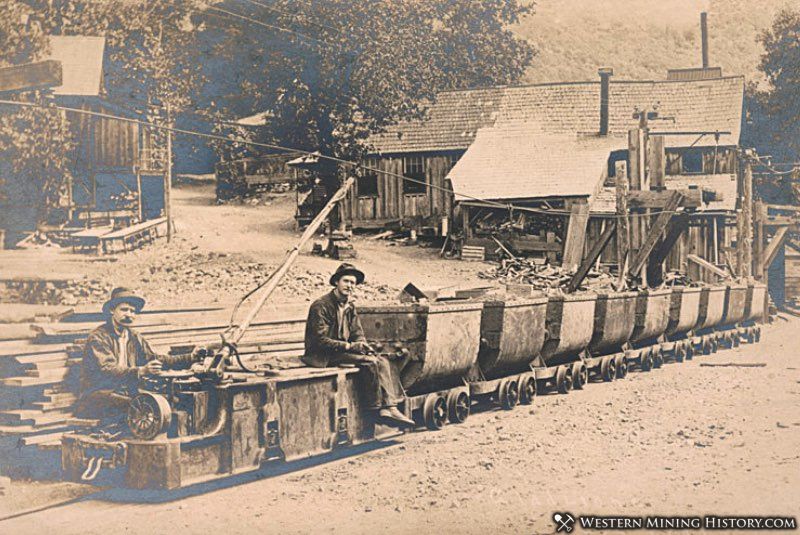 Ore train at the Gladstone Mine near French Gulch

Miners are really scarce. So many who come to French Gulch and are set at work to remain only a short time. The old habit of rambling from camp to camp still prevails, among miners.

Total production of over $30 million is credited to this district. 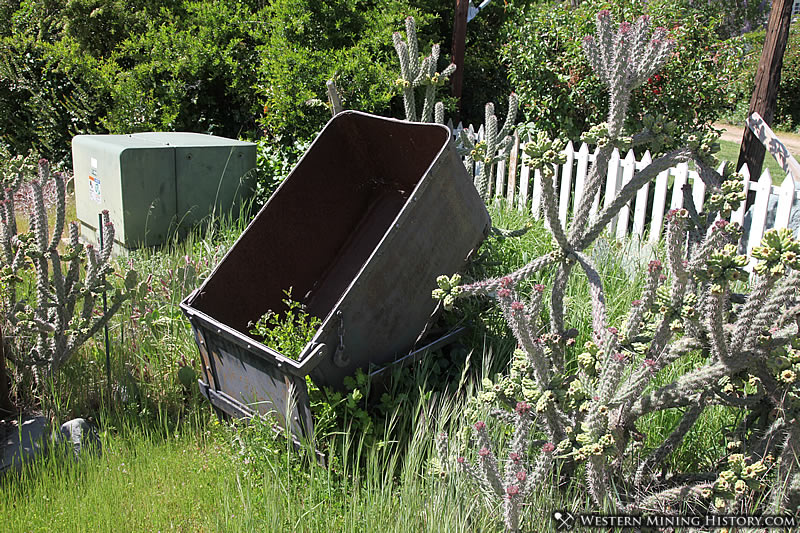 French Gulch was registered as a California Historical Landmark in 1935.

Where to Find Gold in California
A Look at California in 1851, Two Years Into the Gold Rush
Shasta County California Gold Production