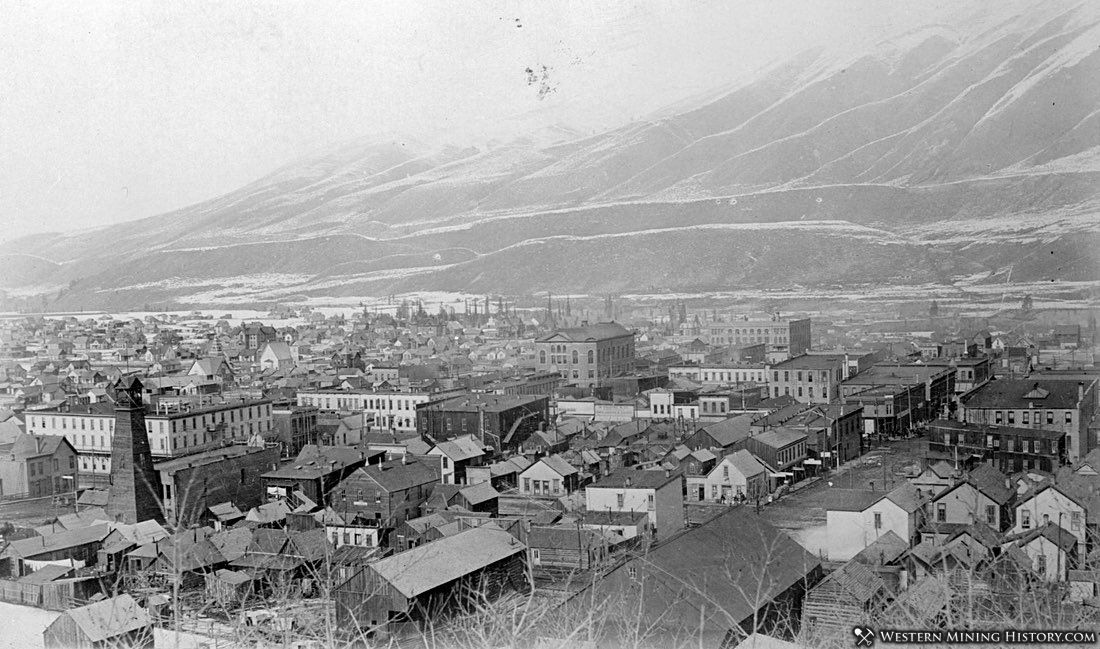 Aspen, Colorado was not always the winter playground for the rich and famous. The first recorded inhabitants of the Roaring Fork valley where Aspen now sits were the Ute Indians, who hunted game there. The Lewis and Clark Expedition was the first to map the valley, and then it sat largely unexplored until fur trappers began to seek their fortune there in the 1830s.

Not long after Colorado became a state in the late 1870s, prospectors started entering the Roaring Fork Valley in significant numbers. Many of them came from the new boom town of Leadville, which was drawing thousands of miners and prospectors deep into Colorado's mountains. 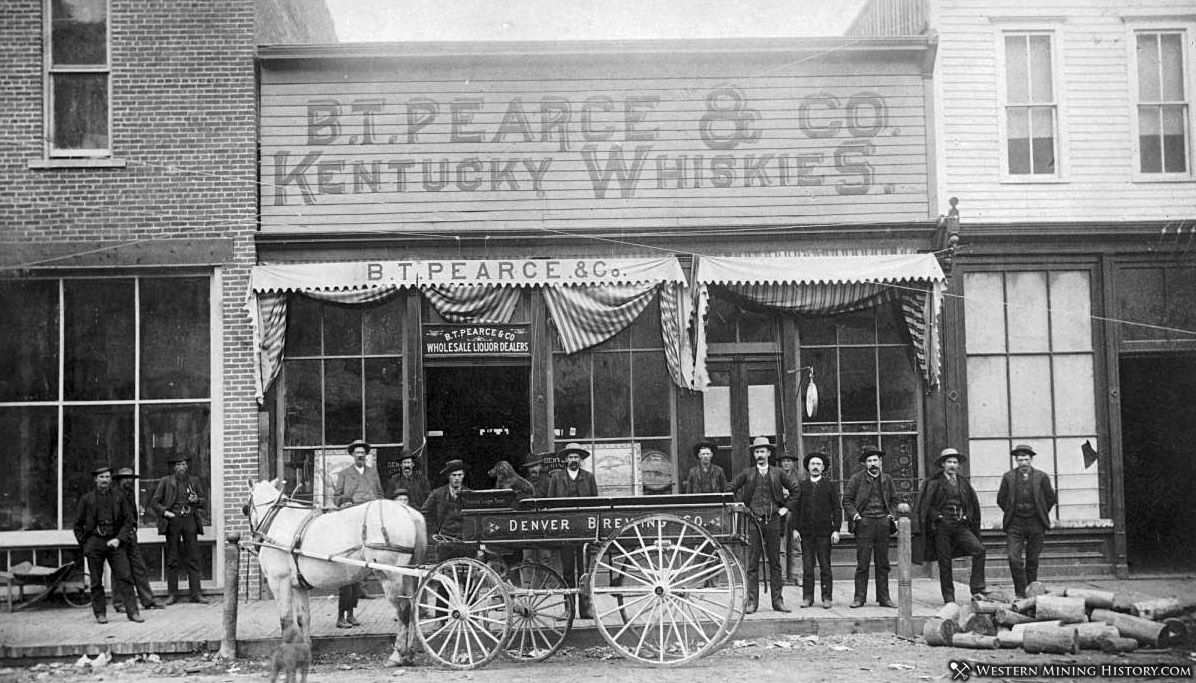 The Town of Aspen is Founded

After initial gold and silver discoveries in 1879, Henry B. Gillespie established a mining camp named Ute City along the river. Gillespie petitioned the government for a post office at Ute City, preparing for a big strike he thought was coming. With the establishment of a post office in 1880, the name of the town was changed to Aspen due to the prevalence of aspen trees in the area.

On July 4th, 1879 the Independence gold lode was found just below the continental divide, prompting a great rush of prospectors, miners and merchants into the Roaring Fork Valley. The town of Independence was established, but soon many of its residents moved to Aspen to get away from the difficult weather that came with a high-altitude camp. 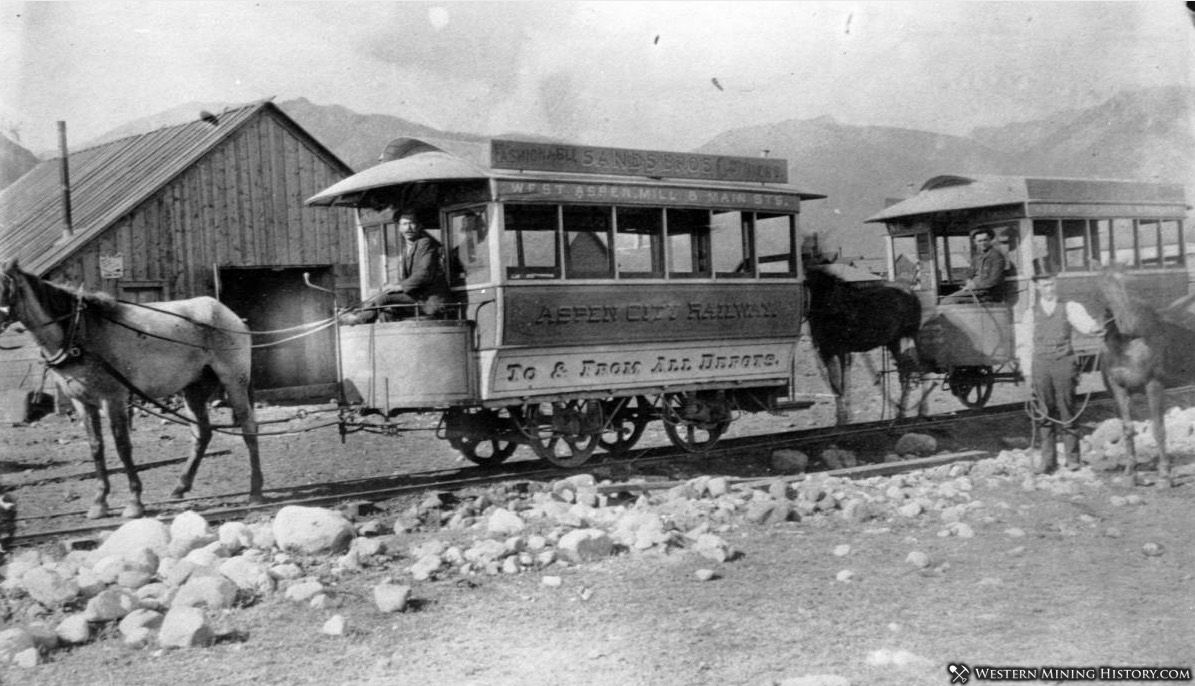 A July, 1880 edition of the Gunnison News describes the camp shortly before it became an official town: "Aspen now has between 400 and 500 inhabitants, and that the population is constantly increasing with indication that the population will be 1,500 or more within thirty days..... the mines in the Aspen District are of remarkable richness, and every additional foot developed adds to their value."

In 1883, Jerome B. Wheeler, president and part owner of Macy’s Department Store, arrived and started making investments in the town’s infrastructure and transportation. He also built Aspen's first luxury hotel, the Hotel Jerome and the first opera house, the Wheeler Opera House. 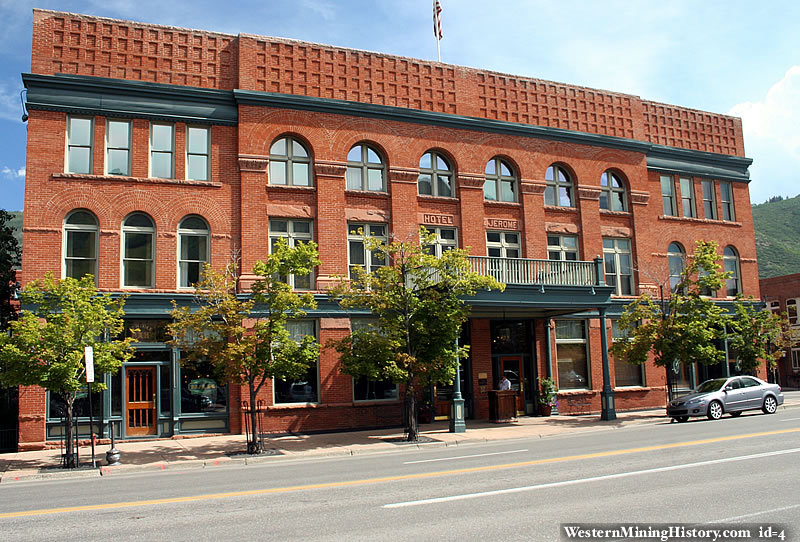 Construction of the Hotel Jerome marked the transition from buildings in Aspen being constructed out of wood to longer lasting red brick. The Hotel Jerome is still welcoming guests to this day.

Lack of a rail link slowed the potential of the Aspen district mines. Two railroad companies, the Denver and Rio Grande Railroad and the Colorado Midland began a race to get their rail service to Aspen first to capitalize on the rich Aspen mines.

The D&RG won the race in November of 1887 by constructing 104 miles of track, and beating Colorado Midland by three months. In its first seven years of operation, it carried out $112 million dollars of ore from the Roaring Fork Valley. 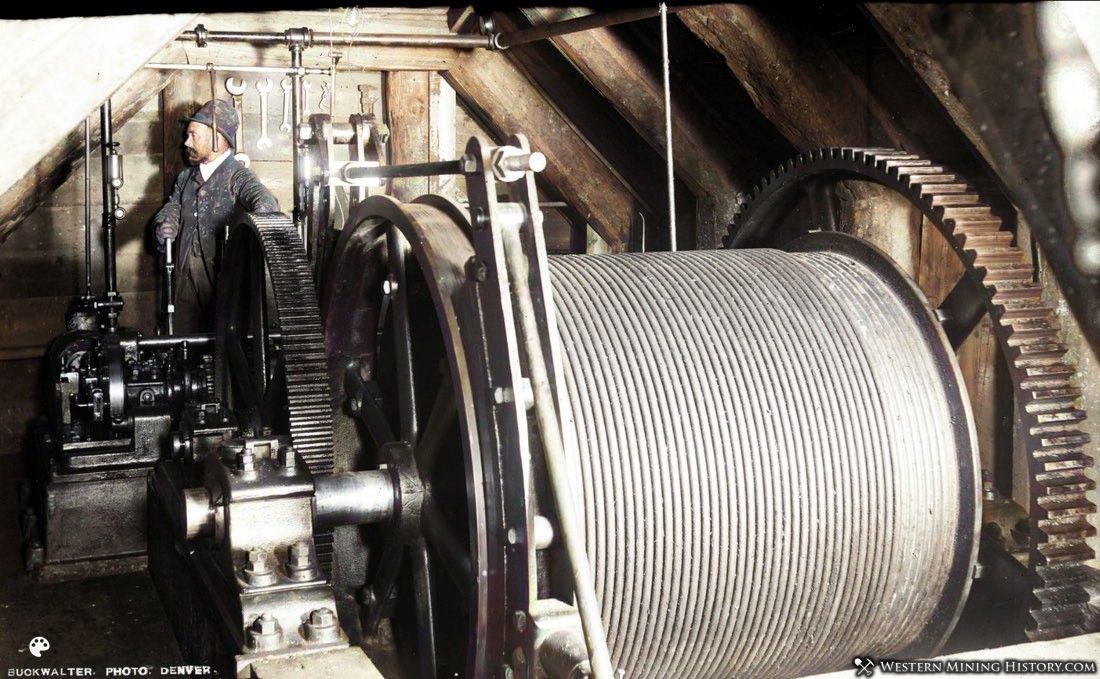 Hoist of the Della S mine at Aspen, Colorado 1893 (colorized)

The Fabulous Smuggler Mine

The Smuggler mine at Aspen is one of the district's oldest mines and was once one of the world's richest silver mines. Originally discovered in 1879, the mine is still intact and considered active, although it is unclear as to whether there is currently any silver ore being produced. 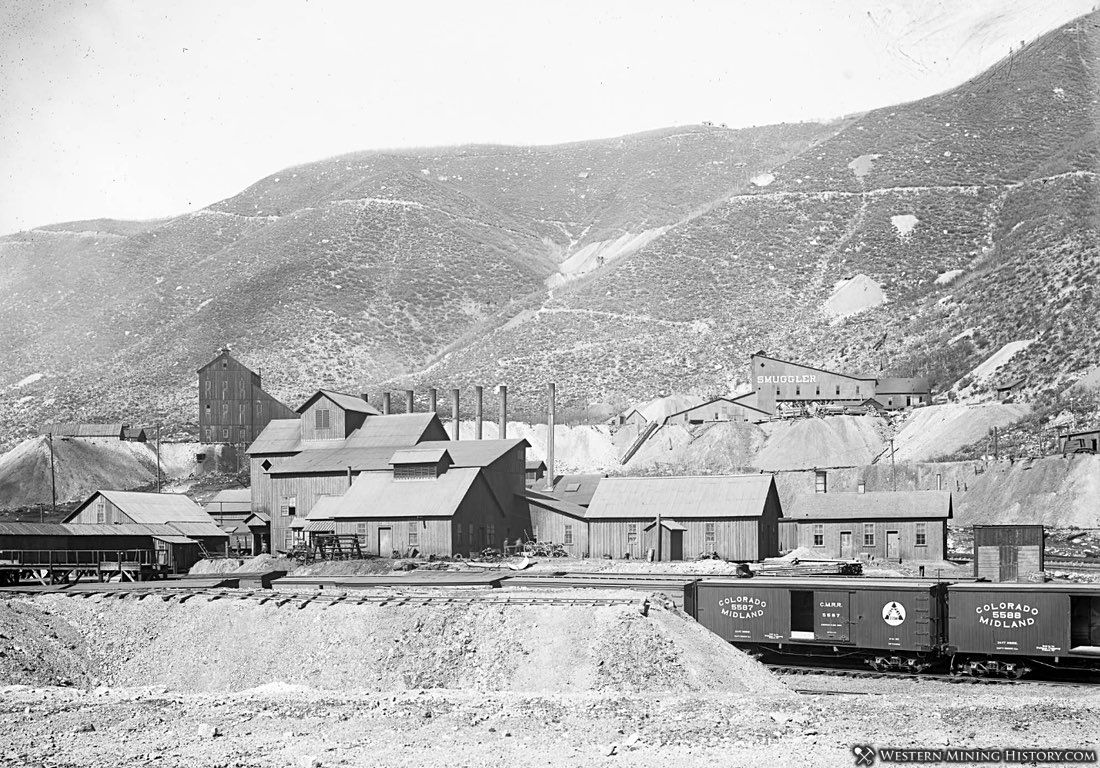 The Smuggler was a significant silver producer from the earliest years of the district. In November of 1880 it was reported that "The Smuggler, one of the richest mines in the camp, has been vigorously worked all season under the direction of Manager Hallem. Work has now suspended, and the owners are East endeavoring to dispose of the mine. It is a valuable property."

The arrival of the railroad in 1887 marked the beginning of the boom years for both the Smuggler mine and the town of Aspen. Another boost came in 1890 with the passage of the Sherman Silver Purchase Act by the US government. During the early 1890s the mine employed over 200 men. 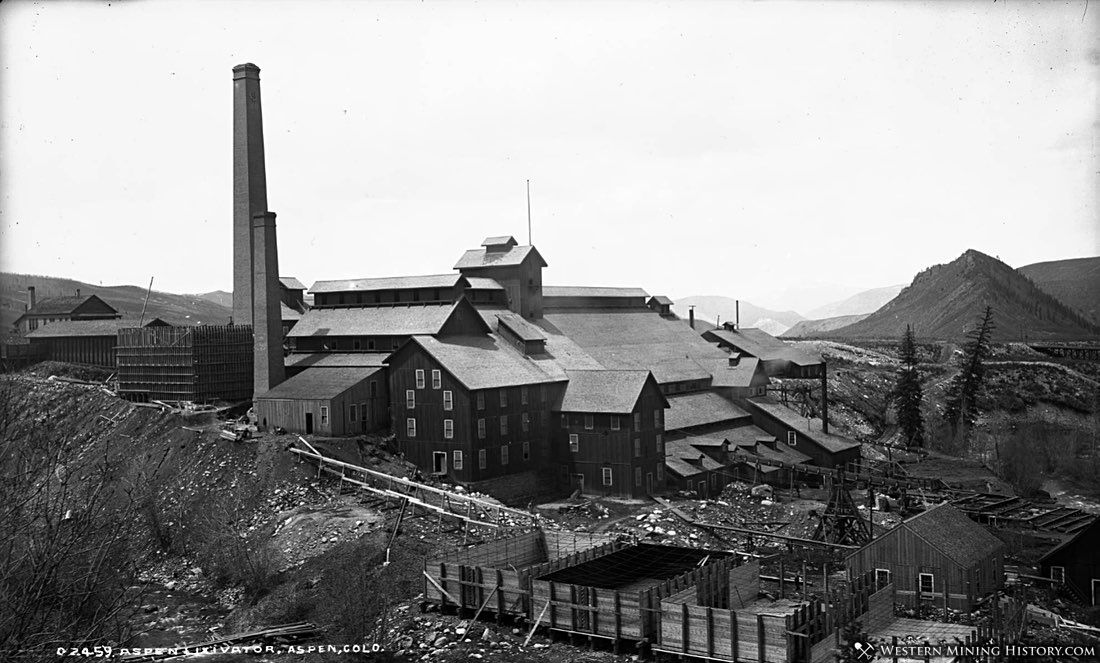 By 1891 Aspen became the top producing silver district in the country, largely as a result of the production coming out of the Smuggler mine. The population peaked at an estimated 10,000 to 16,000 people. Good times were short-lived however as the 1893 silver crash was disastrous for the great silver districts of Colorado. 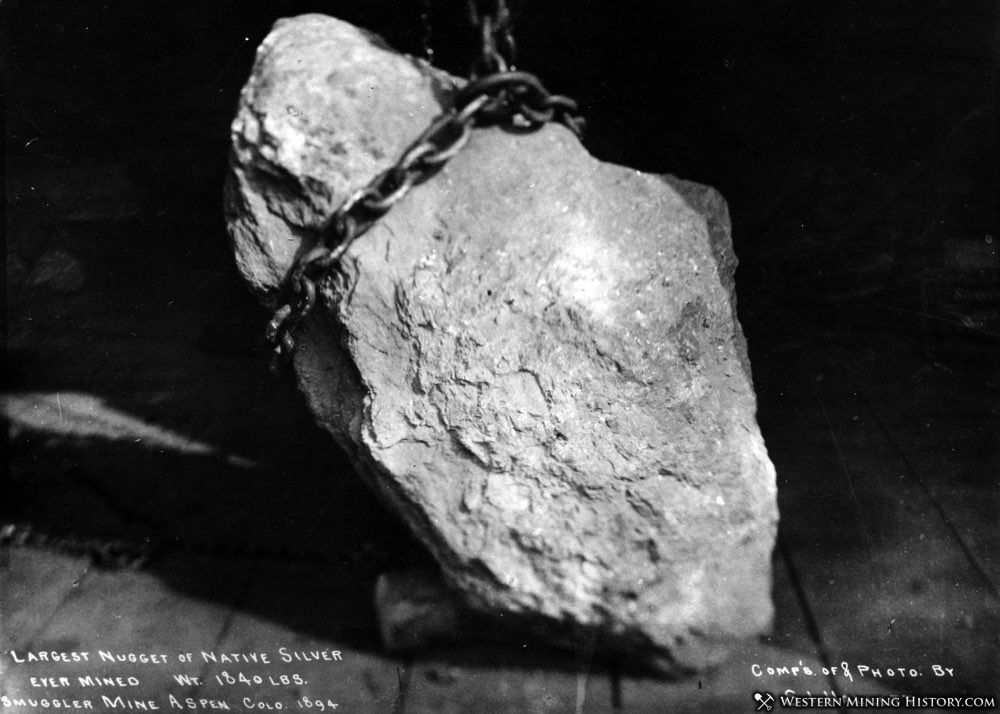 Largest silver nugget ever mined - Smuggler Mine at Aspen, Colorado 1894

In 1893 the repeal of the Sherman Silver Purchase Act devastated Colorado's silver mining districts. The Smuggler was one of the few silver mines that was able to continue operating after the 1893 crash in silver prices. In 1894 the largest silver nugget ever mined, weighing 2,340 pounds, was discovered at the mine.

Between the 1890 and 1900 censuses, Aspen lost 35 percent of its population. Although some mining would continue in the area, it was at smaller scale than before the silver bust. Prior to World War I, Aspen was primarily surviving as a ranching and farming center. 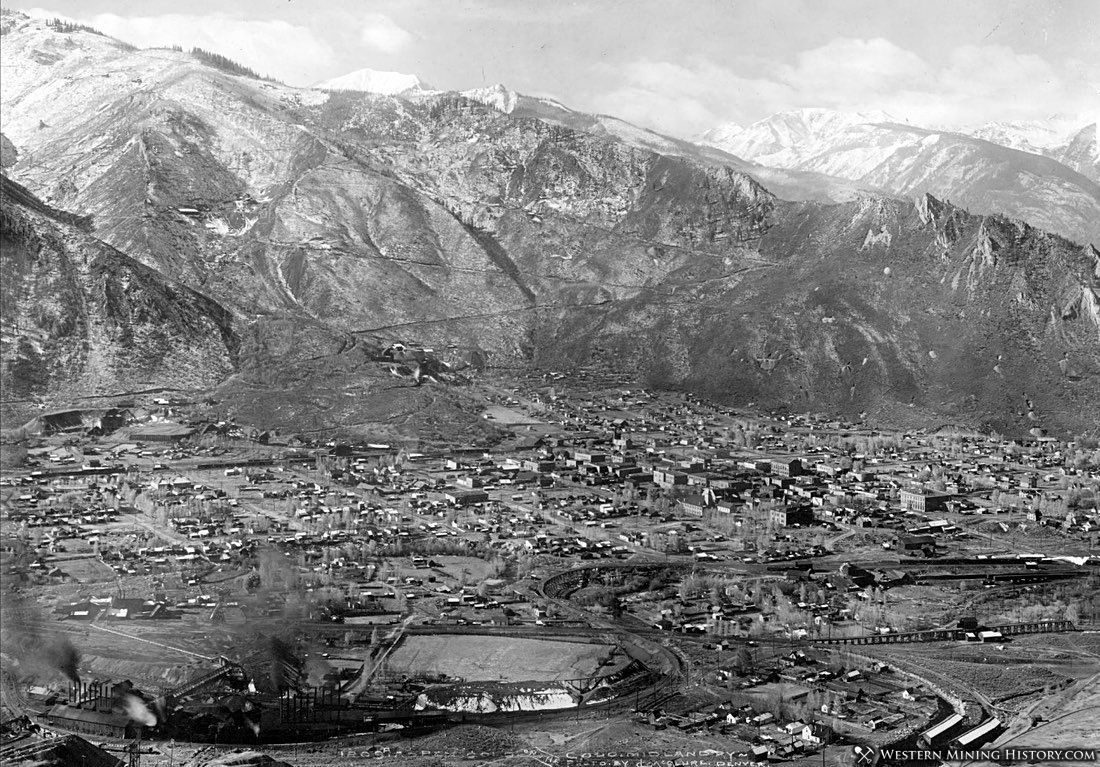 Aspen struggled to remain a viable town until it realized an opportunity to become part of a growing new recreational trend. European immigrants had introduced alpine skiing to the miners of the mountains in the 19th Century. Because of deep snows in the Roaring Fork Valley, residents of Aspen often relied on skis to get around.

In the winter of 1899, a terrible storm swept through Colorado, cutting off Independence from supply routes. Faced with the possibility of starving to death, the 75 remaining residents decided to abandon their claims and tore down their homes to use the wood for skis to go to Aspen. They had a bit of fun with it and created a race, with the entry fee being a ham sandwich. 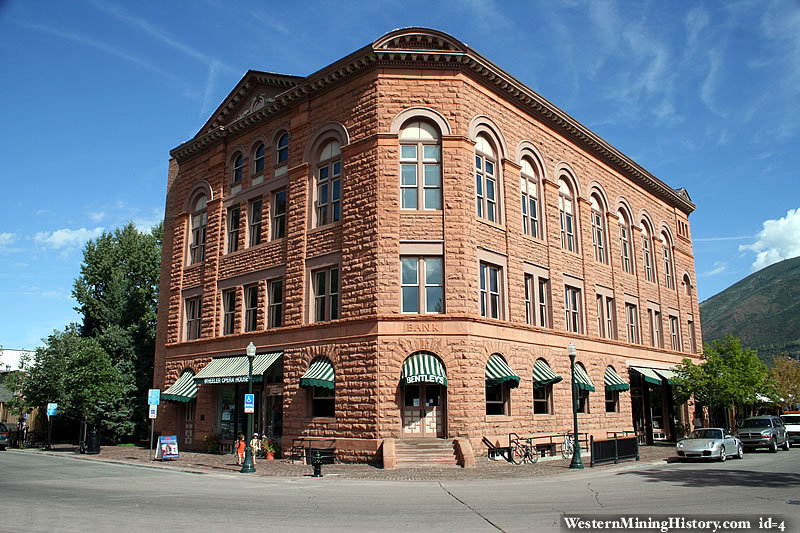 Mining picked up a bit through World War I, but Aspen really began to put itself on the map in 1936 when T.J. Flynn, Aspen resident, and Billy Fiske, a former U.S. Olympic bobsledder turned investment banker met at a polo club in California. Flynn convinced Fiske to fly out to Aspen to see his family’s property there.

Fiske and other investors were impressed by the terrain and weather, and thought the area was similar to ski resorts in Switzerland. The decision was made to build what would be one of the first alpine resorts in the United States. 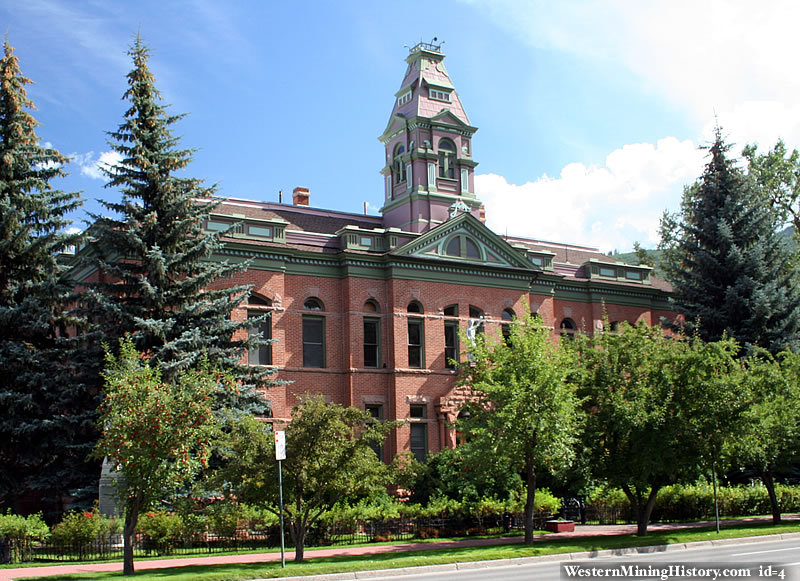 The Historic Pitkin County Courthouse was built in 1890

The Bavarian Highland Lodge was built in 1938 at the confluence of Castle and Conundrum creeks, and quickly became a popular destination thanks to advertising efforts in the New Yorker magazine. Locals constructed the first ski lift, known as the Boat Tow, out of an old car engine, some old mining hoists, and toboggans.

Although World War II ended some of the grander plans for the Bavarian Highland Lodge, it still managed to get the towns's skiing boom started. Over the decades, Aspen has attracted many celebrities including John Denver, who wrote two songs about the town, and writer Hunter S. Thompson who lived for a while in the Hotel Jerome, and unsuccessfully ran for Pitkin County Sheriff. 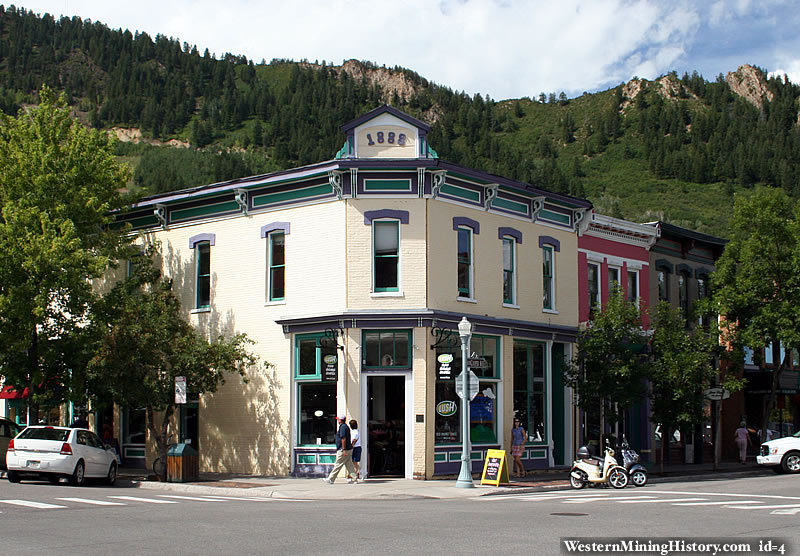 Postwar, several other resorts were built to meet demand of tourists flocking to this snowy playground. Aspen has been the host of many world-class sporting events including the X-Games and the World Cup.