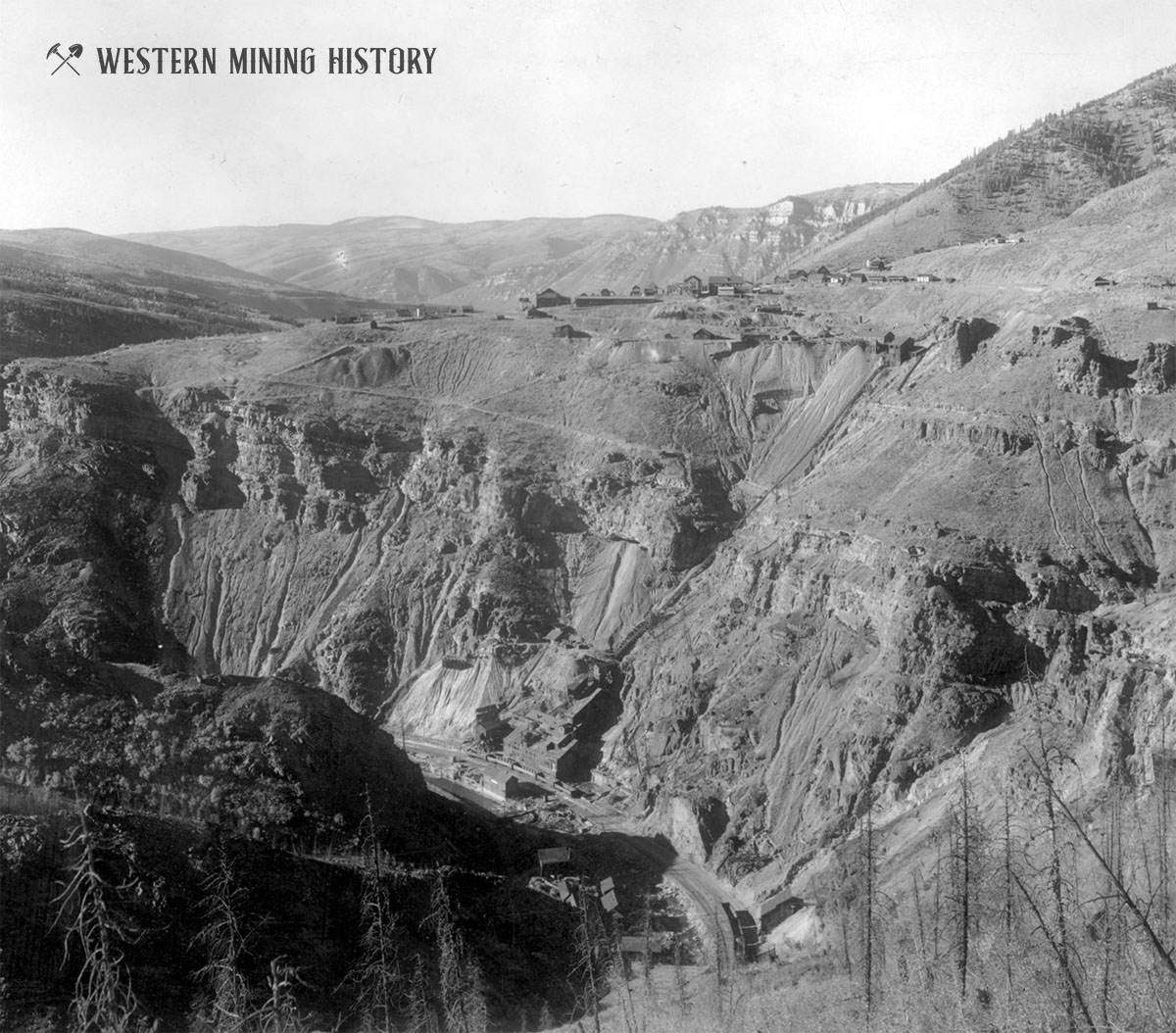 The first mines on Battle Mountain were located in 1879, the same year as the great silver boom in nearby Leadville. The thousands of miners and prospectors that were flooding into Leadville began to explore the surrounding mountains, making many new discoveries.

In the early 1880s, the Iron Mask and other prominent mines were consolidated by John Clinton. Clinton developed a town, initially called Clinton, on land he owned as a community for the miners that worked his mines and mills. In 1886 a post office was established, but the name was soon changed to Gilman, after Iron Mask Mine superintendent Henry M. Gilman. 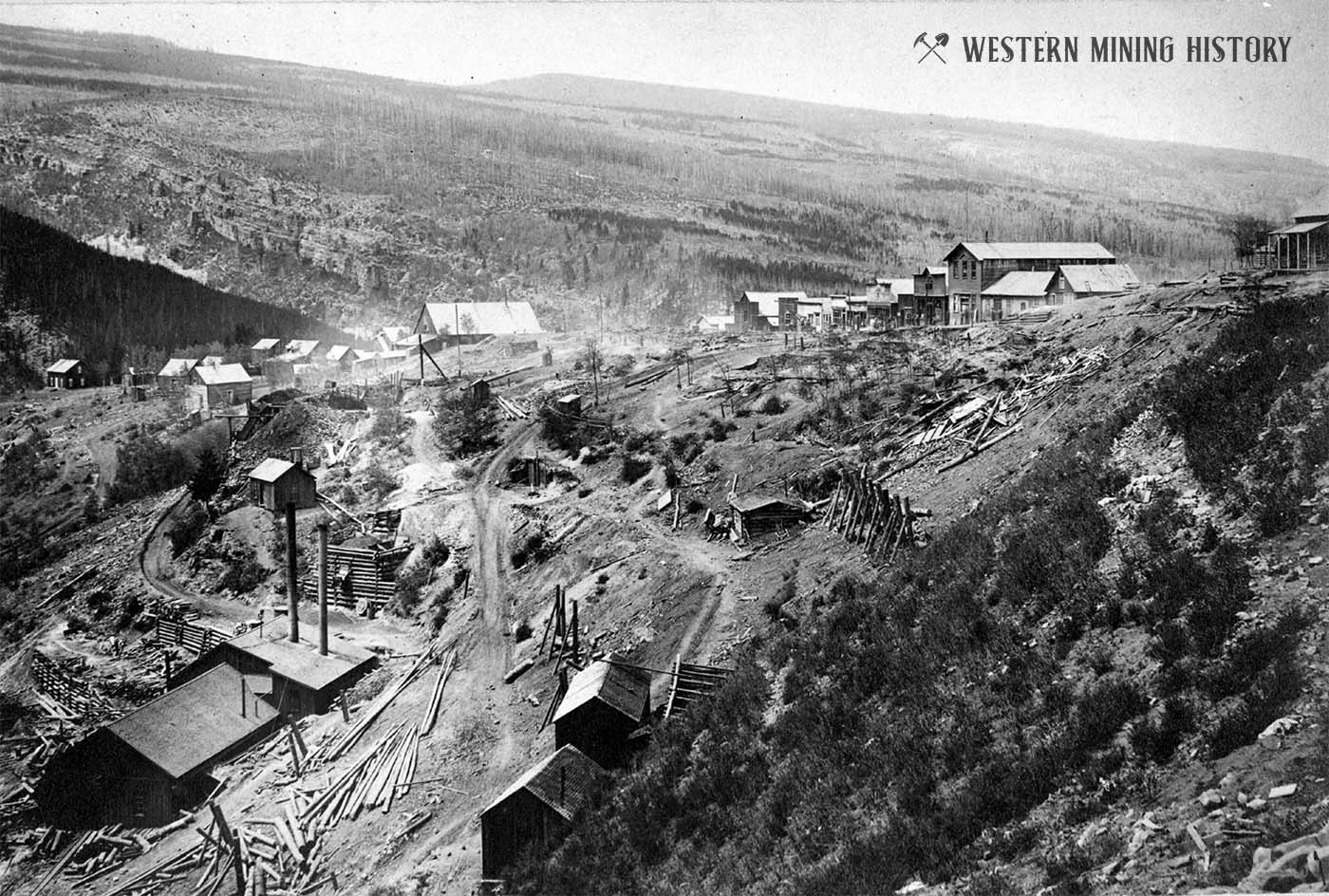 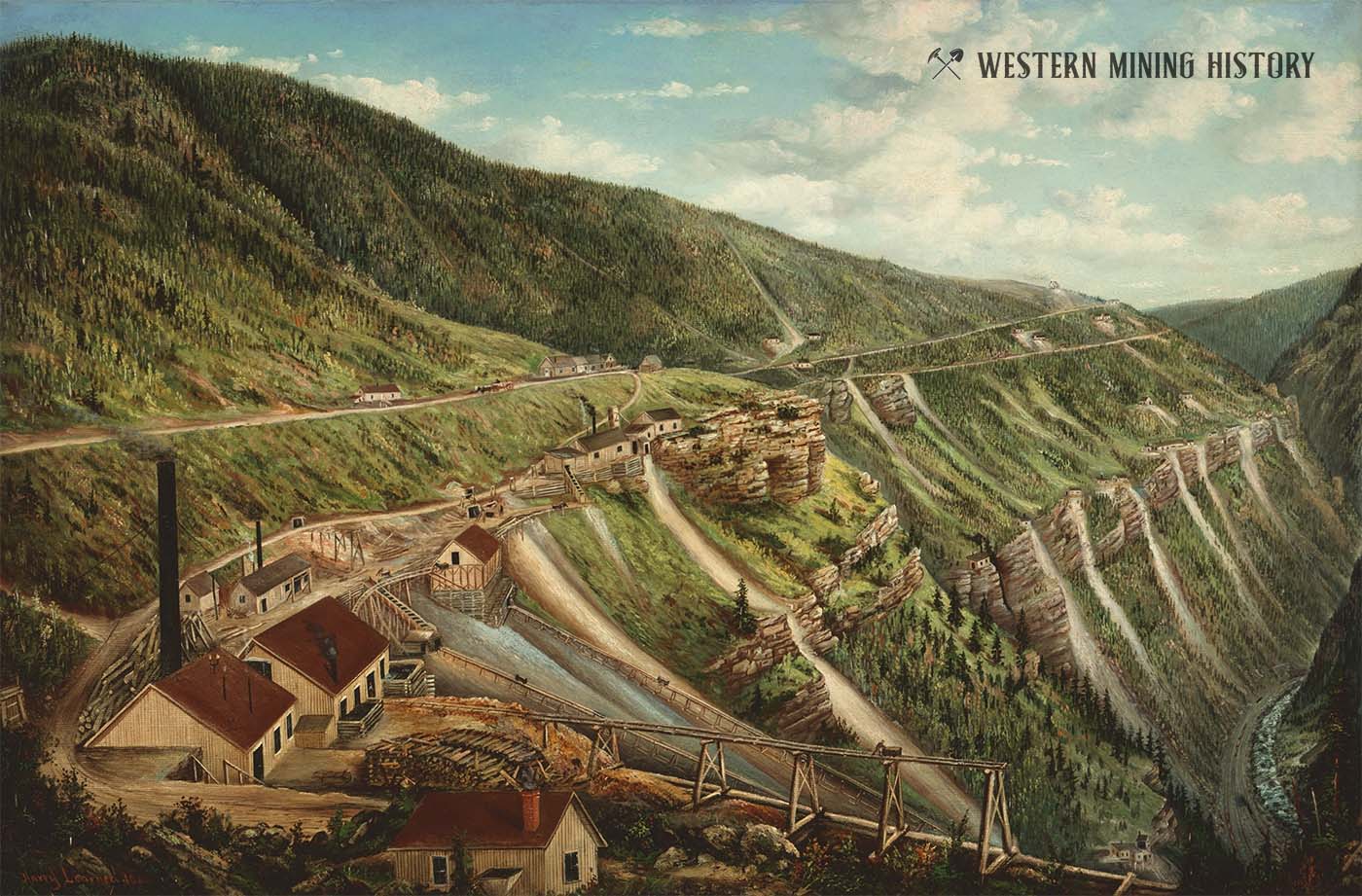 Painting of the Iron Mask Mine at Gilman, Colorado - by Harry Learned 1886

Images of Gilman illustrate its dramatic perch at the top of the cliffs above the Eagle River Canyon. The mines fed mills at the bottom of the Canyon, hundreds of feet below Gilman. In 1882 the Denver and Rio Grande Railroad reached the camp of Belden at the base of the cliff.

The unusual and difficult situation of the mines on the side of a steep cliff between Gilman above, and Belden below, was one of the West's most dramatic mining scenes. 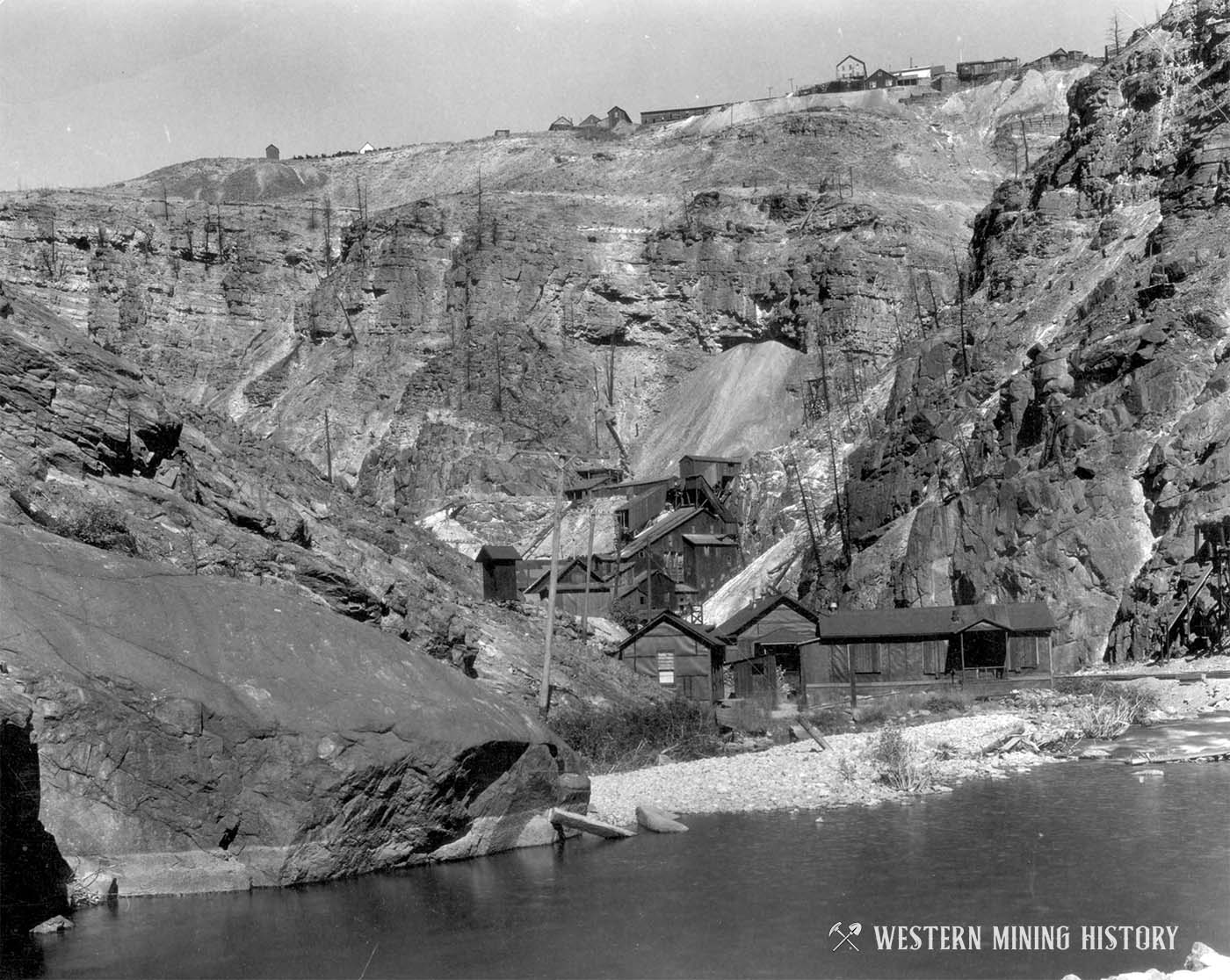 Belden in the Eagle River Canyon, with Gilman on the cliff above

During the 1890s, Gilman thrived with hundreds of residents, several hotels, a newspaper - The Gilman Enterprise, a school, an opera house, and numerous other businesses and institutions. In August of 1900, a fire destroyed much of the town. An article from the Lamar Register described the destruction:

Gilman, the mining town on Battle mountain, near Red Cliff, suffered a destructive fire at an early hour Wednesday morning. The entire business portion of the place was wiped out. Both sides of Main street from the west end of the Iron Mask hotel, on the south side, and to W. N. Buell’s residence on the north side, was laid desolate.

Fire was discovered at two o’clock in the upper rooms of Matthew Lackner's residence, although there had been no fire in the house since the evening before. The room was occupied by Miss Mary Lackner and Frank Martin’s little child. Both were slightly burned and were rescued with difficulty. 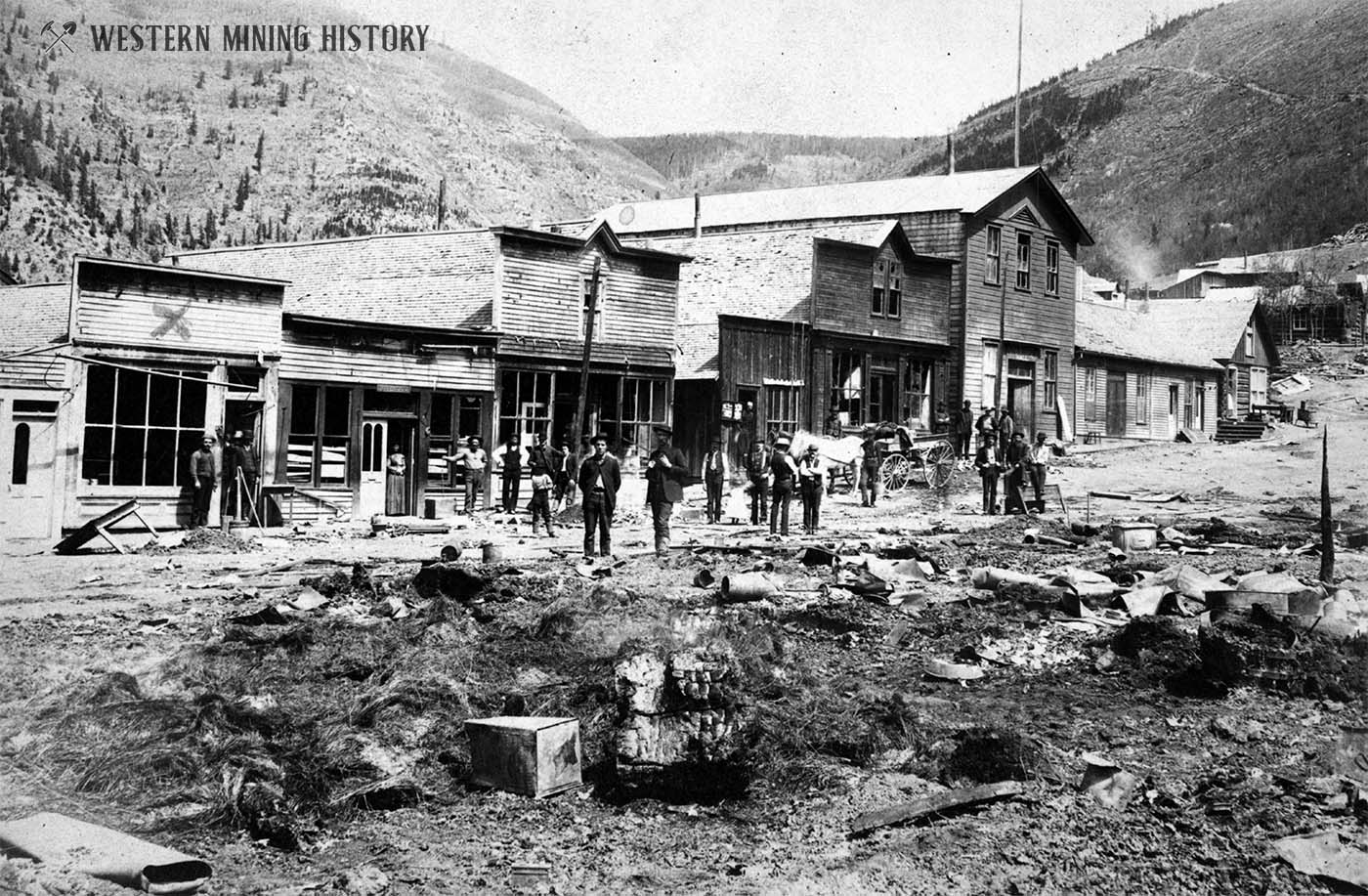 The buildings were very dry. and under a strong wind the flames spread rapidly in the face of an heroic fight put up by the citizens. Except the hotel the buildings destroyed include every business house in town. The Congregational church, post office and several residences, a total of thirty-three buildings, were destroyed. The estimated loss is $31,450, and the known insurance is $4,450. About ten business houses were burned out and about fifteen families lost their homes, very little being saved in any case.

Webmaster`s note: several sources state that the big Gilman fire was in 1899, and they do not mention a 1900 fire. One source states that there were fires in both 1899 and 1900. Primary sources tell of a 1900 fire, but I have found no mention of an 1899 fire. My guess is that initially sources mistakenly put the date of the 1900 fire as 1899, and other sources repeated that date until it became "a matter of record", however, the fire was actually in 1900. 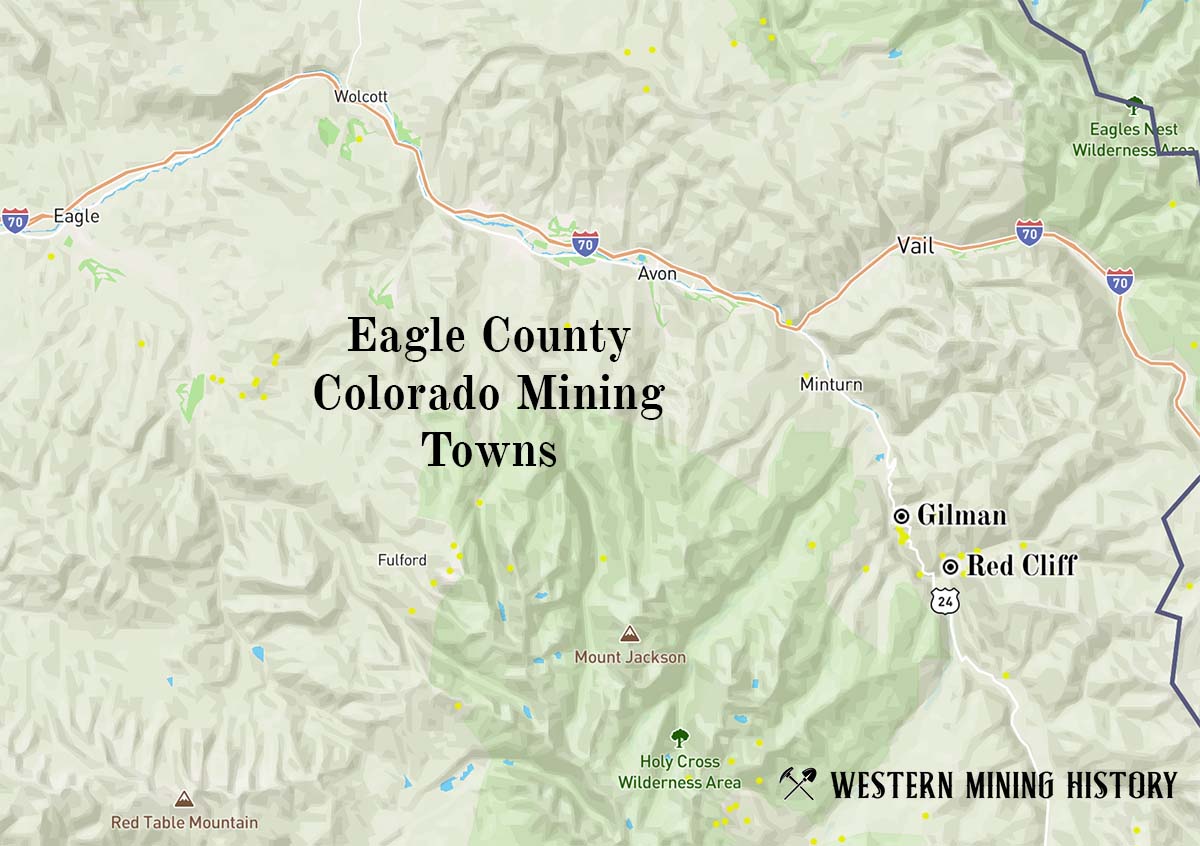 Location of Gilman in Eagle County

As the mines got deeper, the zinc content of the ore steadily increased. This was an undesirable situation at first as the smelters that purchased the ore were not equipped to handle the high zinc content. By the 1910s the price of zinc was on the rise, and the mines at Gilman transitioned increasingly to zinc production. 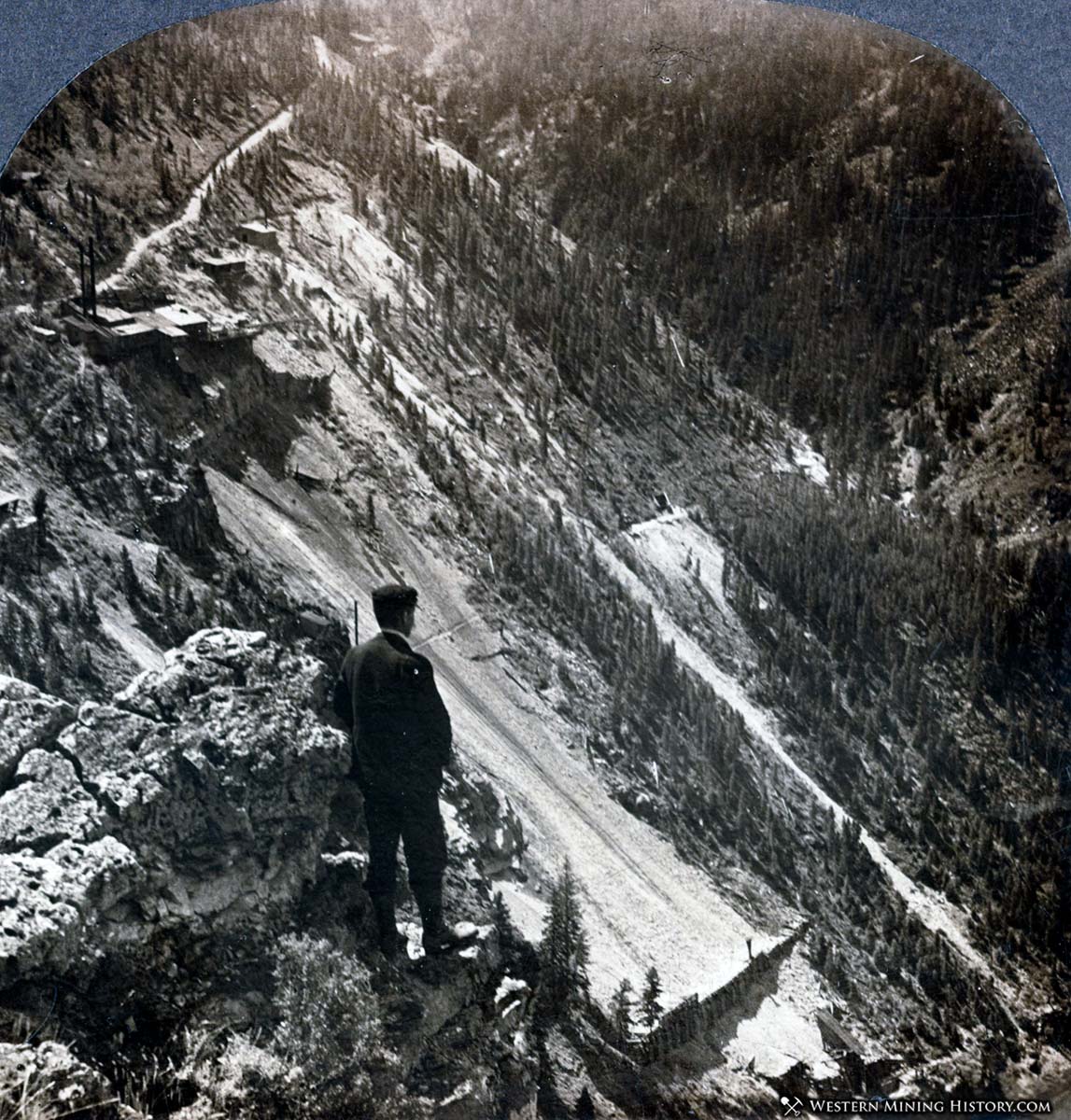 View of the mines at Gilman, Colorado 1908

In 1912 The New Jersey Zinc Company took control of the mines and the Gilman town site. Mining continued for many decades, primarily producing zinc but also copper and silver. During these years Gilman was operated as a company town.

The mines closed in the mid 1980s, and the town of Gilman was abandoned. In 1986 a 235 acre site, including the entire town, were designated as an EPA Superfund site.

Gilman is unique among Colorado mining towns in that it was more or less an active mining town for more than a century, with over 70 years of active production. By 1972 around $328 million in mineral production had occurred here, and it was the state's largest producer of zinc. 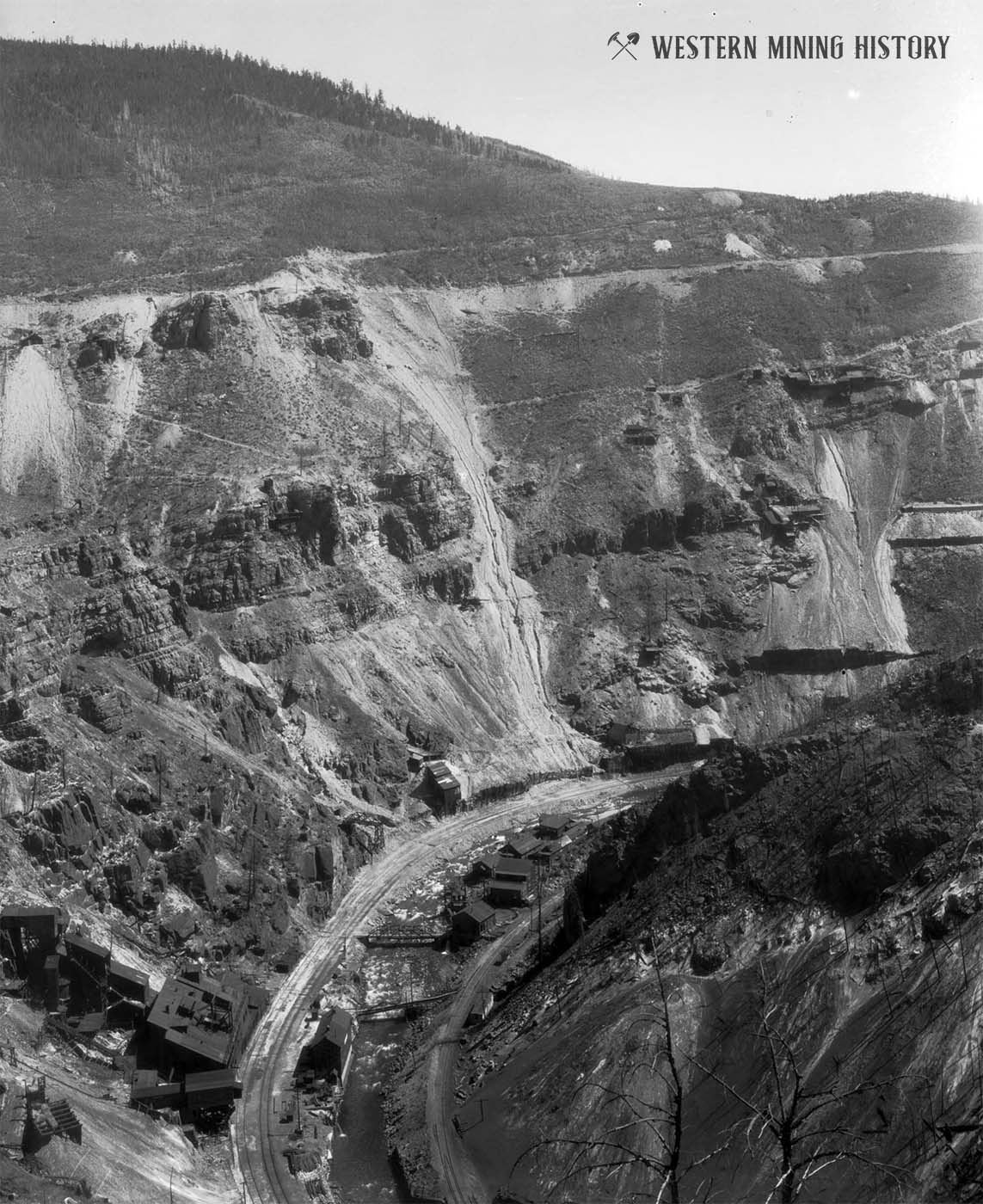 A report by the USGS summarized Gilman's varying commodity production over the decades:

The initial discovery in 1879 of silver-lead ore in limestone was followed in 1884 by finds of gold ore in the underlying quartzite. The relative importance of the metals mined varied periodically in the history of the district. Before 1905 silver and gold were the major commodities, whereas lead and copper were of minor importance. 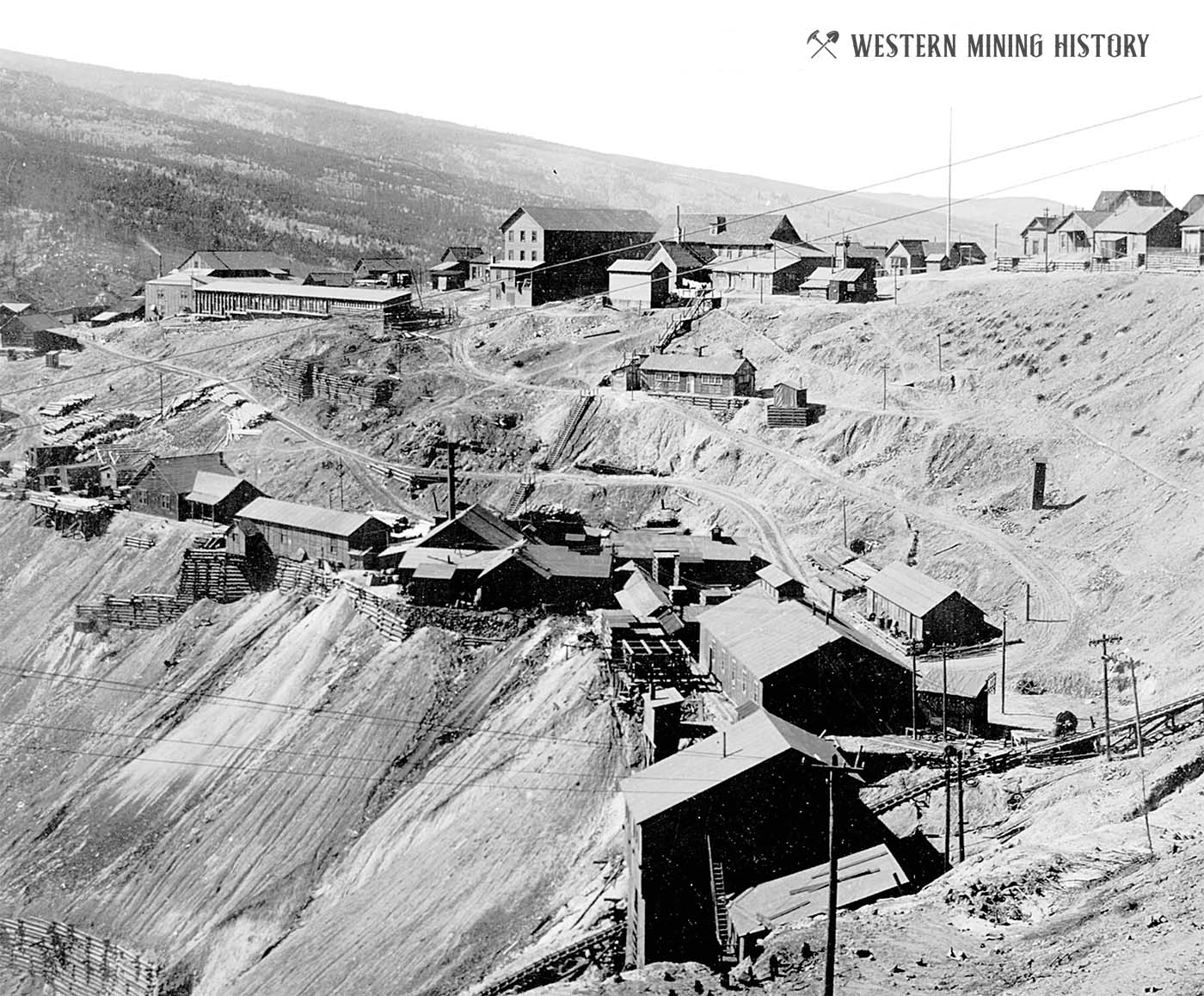 Snowslide (Battle Mountain Colorado) (1899 Newspaper)
Article details how numerous avalanches disrupted the communities of the Battle Mountain area of Eagle County Colorado, adding a bit of humor at one point: "Malcolm McLeod was handled the worst by the avalanche. Those who witnessed its frightful descent say McLeod was carried badly off his feet and his body made several revolutions in mid-air before he landed on the running mass of snow. He was carried about sixty feet down the hill, and when he finally stopped was completely submerged. He lost his hat - it will be found when the daisies bloom in the spring. Both Gladwin and Fisher were roughly handled, but neither even lost his hat."